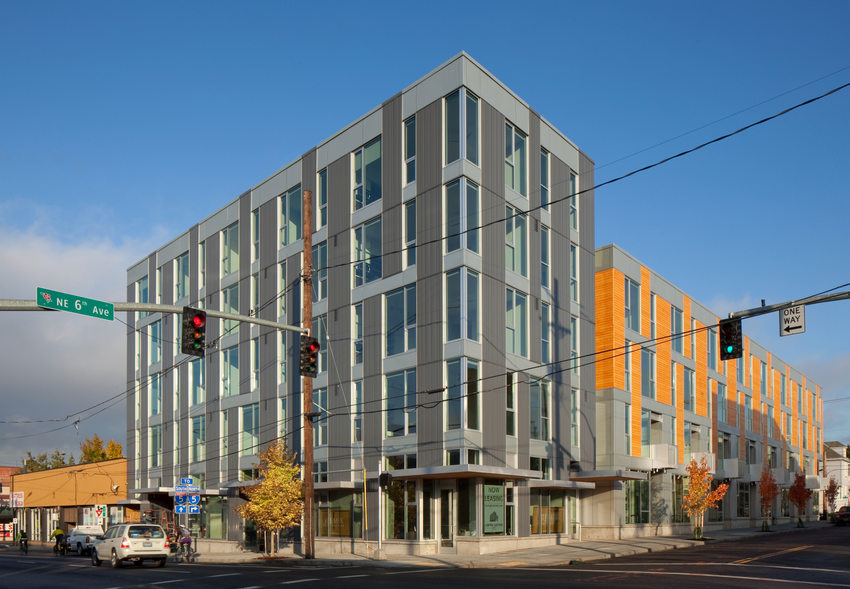 Axletree, Milwaukie
The first mixed-use multifamily development in Milwaukie in over a decade has five stories and 109 units and mechanized parking for 78 vehicles

Small Division, Portland (under construction)
Three stories with 40 SRO and 20 studio units to be restricted to 30% to 50% of area median income with a large community garden and green space and serving those transitioning from homelessness