This is Part 1 of a two-part series.

When Rocky Plucar learned that he would need to move his Milwaukie business for the MAX Orange Line, he didn't take the news well.

Plucar ran Rag Muffler & Brakes from a storefront at Southeast 18th Avenue and McLoughlin Boulevard for nearly 30 years and was an established fixture in the neighborhood.

“There's a lot of traffic that goes by [on McLoughlin],” Plucar said. “So I was worried about losing the exposure that we had.”

TriMet, the transit agency responsible for designing, building and operating the mass transit line, moved his business less than a mile away, to a spot near Holgate Boulevard.

Plucar’s shop is one of several dozen businesses that TriMet has moved to build mass transit lines, most of which end up near their original locations.

A close location isn't the only priority for relocating a business. The specialists at TriMet look at what would truly make the business thrive in their new spot.

“In some cases, that means being close to where their customers are, and in other cases it actually creates opportunities for them to be in a better location,” TriMet community affairs manager Jennifer Koozer said.

Plucar recalls many sleepless nights, worrying about the future of his business. But some of his worries slowly melted away as he watched contractors get his new shop ready for business.

The relocation was an opportunity for improvement. New, seismic-resilient racks were installed. The building met more stringent environmental standards.

His shop still stands out among other buildings on the block with its bright royal blue façade and new parking lot. Inside, white walls brighten up his small office.

On his first day of business in the new shop, Plucar had record sales, which wiped away any lingering concerns. Four years later, he hasn’t lost a single client. Instead, Plucar’s business continues to grow.

“We've even had to hire another guy on because of the increase in business,” he said.

No other transit agency has as many years of experience as TriMet does building light rail – though arguably agencies in such cities as Seattle, Los Angeles and Minneapolis are catching up.

Koozer said this expertise will guide TriMet as it plans a new light rail line in the Southwest Corridor with partners, including Metro.

Planning a new light rail in the Southwest Corridor

Change brings fears and opportunities, too

In the meantime, business owners near the proposed Southwest Corridor light rail alignment are thinking about what a new light rail project would mean for them. One family finds themselves worried about the future of their business, just as Plucar did several years ago.

Judy and Gary Shoepe and their son, Tim, have two family businesses on the industrial Southwest Bonita Road near 72nd Avenue in Tigard. Gary Shoepe took over Empire Batteries in 1971, running it out of his garage at first. Then he and his wife bought the land where their businesses stand today.

If the proposed Southwest Corridor light rail project secures permits and funding, the Shoepes may have to relocate their businesses.

They feel as if their family legacy is at risk. “That's going to be a very difficult thing to see the project my parents have worked on all their lives turned into the next piece of civilization,” Tim Shoepe said.

“That time of uncertainty is especially challenging,” Koozer said. She said the staff at TriMet understands that relocation can be a frightening and time-consuming process.

Each business and property owner will have an assigned relocation specialist who will work closely with property and business owners to understand their needs and find a new place where they can thrive.

“We've been doing this for a long time,” Koozer said. “Each time we learn a little bit more about how we can better serve the businesses that have to be relocated.”

Like the Shoepes, Plucar didn’t want to relocate. But his business turned out to do better than expected in the new location. He wouldn't want to go through that experience again, but he’s happy it worked out. Those "sleepless nights" were "worth it," he said.

Some businesses won’t have to relocate, but may be affected in other ways. Bill Garyfallou and his family own four acres of land and several buildings near Southwest Barbur Boulevard and 19th Avenue, including the Golden Touch Family Restaurant, which recently closed under different management.

Plans for this light rail are still in the early stages, but Garyfallou expects to share a sliver of his land near Barbur Boulevard to make room for potential transit stations. He and his family are happy to oblige because it will benefit their future business plans.

Metro and partners are working to ensure that all residents in the Southwest Corridor are able to benefit from public and private investments coming to the area. 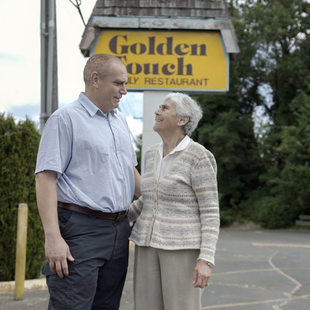 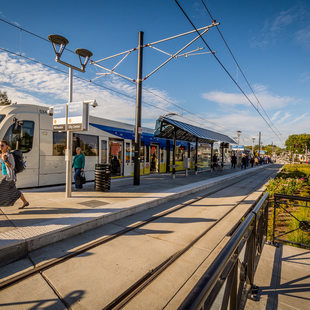