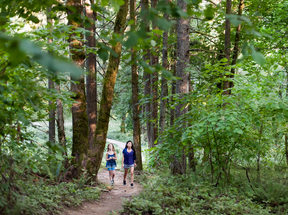 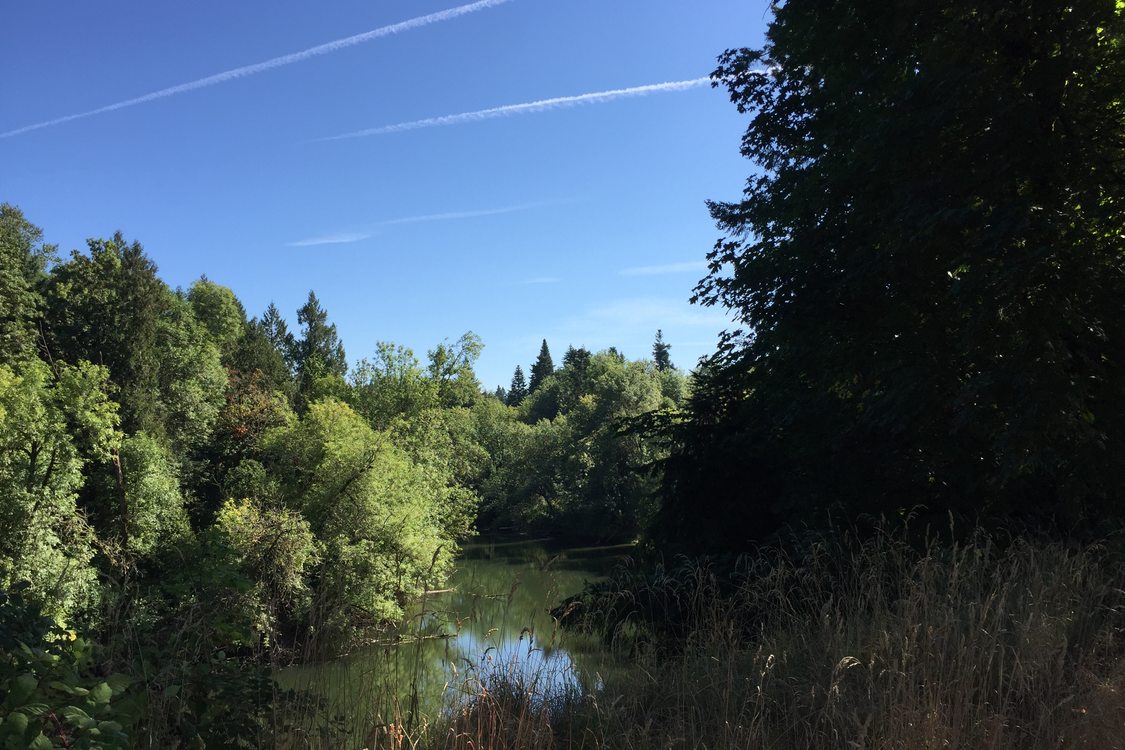 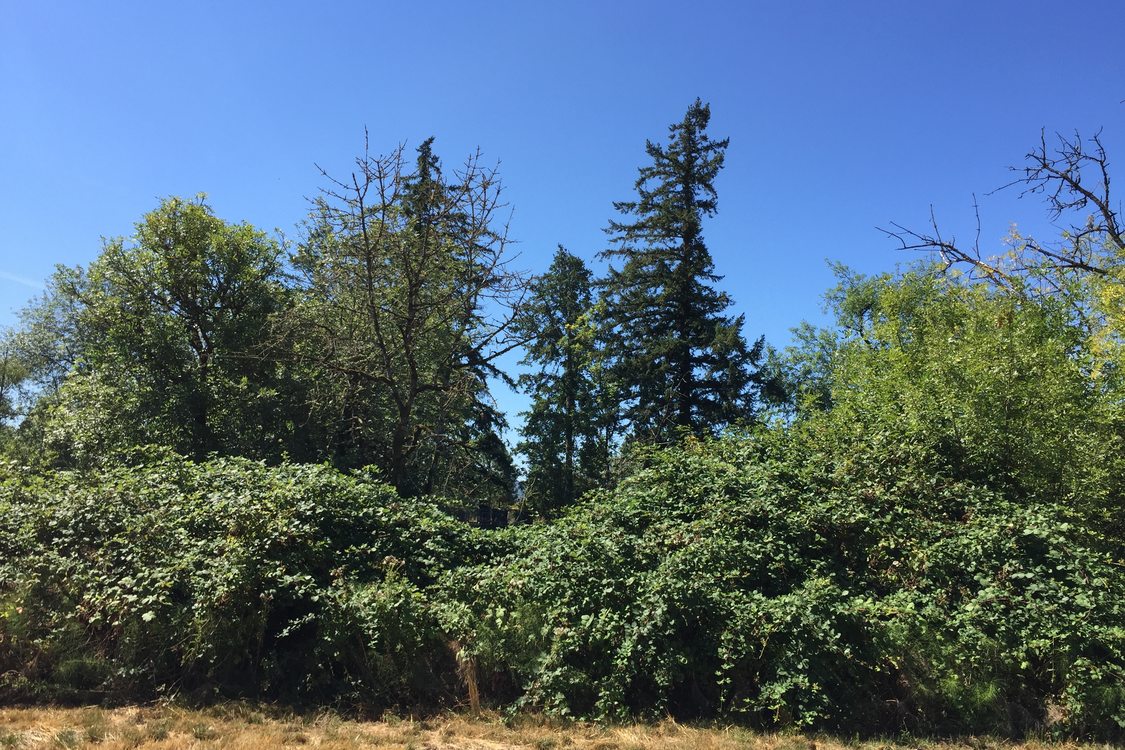 The new natural area features increasingly uncommon oak woodlands and riparian forests, including several Willamette Valley ponderosa pines that stand at more than 80 feet tall. About 70 acres will continue to be leased for farming.

The new natural area features increasingly uncommon oak woodlands and riparian forests, including several Willamette Valley ponderosa pines that stand at more than 80 feet tall. About 70 acres will continue to be leased for farming. 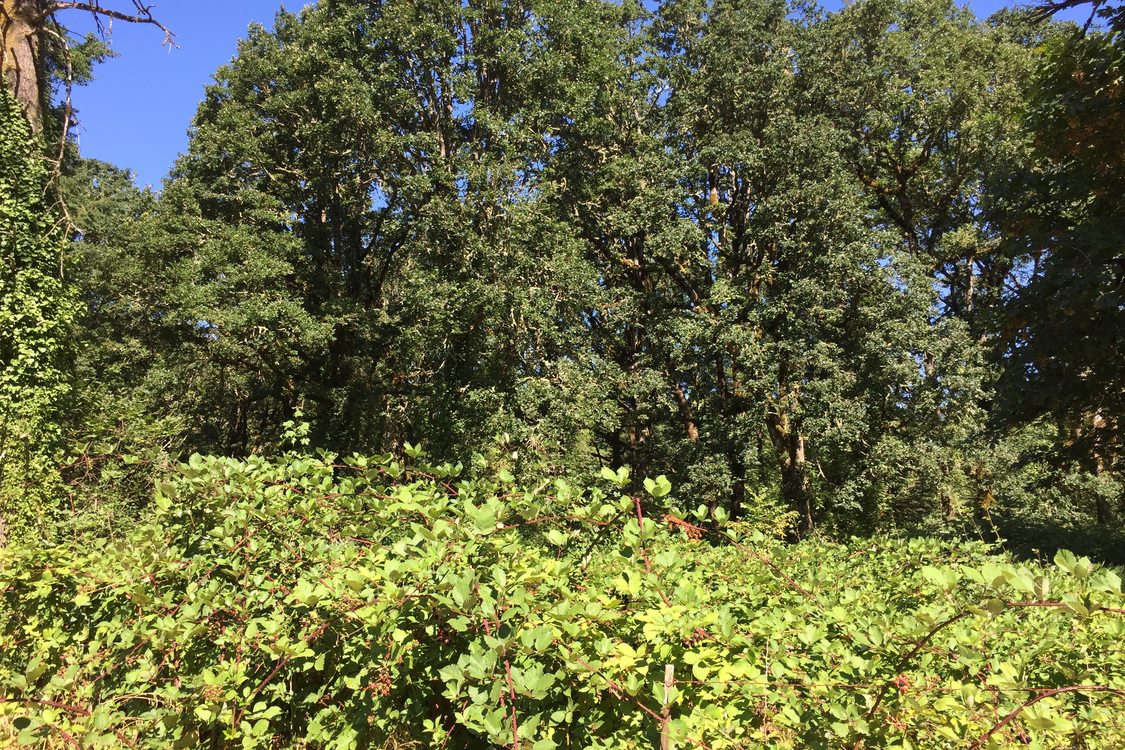 Invasive plants, such as Himalayan blackberry and ivy, will be removed from the riparian forest, and native trees and shrubs will be planted in their place.

Invasive plants, such as Himalayan blackberry and ivy, will be removed from the riparian forest, and native trees and shrubs will be planted in their place. 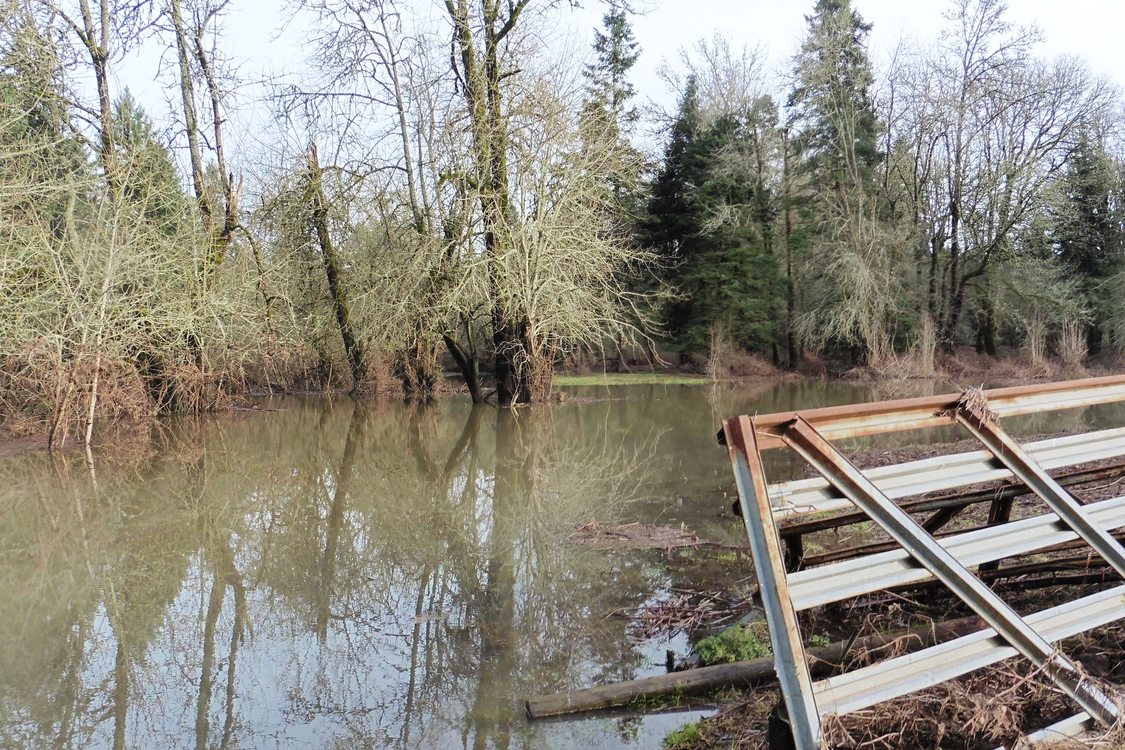 A portion of Beef Bend Natural Area is in the Tualatin River floodplain.

A portion of Beef Bend Natural Area is in the Tualatin River floodplain.

Since acquisitions began with money from the 2006 bond measure, more than 6,171 acres have been acquired and protected – significantly surpassing the original goal of about 4,000 acres.

Thanks to voters, Metro has been able to protect important areas of remaining native prairies, forests, wetlands and other valuable habitat – home to rare plants and endangered or threatened fish and wildlife. Other properties fill key gaps in regional trails, providing connections for bike commuters, hikers and joggers. Some natural areas, such as Chehalem Ridge, will become future nature parks that will provide the growing population with access to nature.

Every property Metro buys is within one of 27 specific target areas set out in the bond measure that voters approved. Properties are purchased only from willing sellers.

Some of the sites are in urban areas, providing opportunities for people to connect with nature close to home. Others are a little outside of urban areas, protecting important habitat types and drinking water.

The bond measure’s local share program has also allowed cities, counties and parks providers throughout the region to acquire land so people can experience nature in their neighborhoods.

A new 145-acre natural area along the Tualatin River west of King City will allow Metro to protect clean water and support a variety of native wildlife and plants.

The new Beef Bend Natural Area, acquired in February, protects more than two miles of the riverbank and connects several large pieces of publicly protected habitat. The natural area borders the Tualatin River National Wildlife Refuge to the south and across the river to the east. To the east of the refuge property is Metro’s 203-acre Heritage Pine Natural Area.

The publicly owned properties are located in a pocket between areas of future development for King City and Sherwood near Tigard and Tualatin. The large area of habitat provides benefits for wildlife and clean water and protects nature in a fast-developing part of the region.

“It’s going to be really hemmed in by urban development long term,” said Ryan Ruggiero, the Metro real estate negotiator who worked on the acquisition.

“It’s important core habitat for all the wildlife that use that area,” said Jeff Merrill, a natural resources scientist who is leading restoration work at the site.

Upcoming restoration work could include removing a bridge spanning a small seasonal stream on the property that flows into the Tualatin River and objects such as concrete from the stream, Merrill said. Invasive plants, such as Himalayan blackberry and ivy, will be removed from the riparian forest and native trees and shrubs will be planted in their place. Fast-growing Douglas firs could also be selectively removed to provide more sunlight for native Oregon white oaks.

About 70 acres will continue to be leased for farming.

Crews have already removed an old shed where machines repairs occurred. About 25 cubic yards of soil contaminated with lead and other chemicals were also removed and disposed. Other old structures and a septic system are also planned for removal in the future.

Metro in April obtained a trail easement on a crucial 736-foot stretch of the Ice Age Tonquin Trail in Tualatin.

Securing the trail easement ensures that the City of Tualatin will one day be able to construct the two-mile Hedges Creek segment of the Ice Age Tonquin Trail, which links Wilsonville with Sherwood and King City.

“The idea is that the trail moves through the wetlands and skirts along the side of it and gives you a feeling that you’re in it,” said Ryan Ruggiero, real estate negotiator at Metro.

In some places, boardwalks might be necessary to protect sensitive wetlands and natural resources. The trail is envisioned as a paved, 12-foot wide pathway with a two-foot shoulder on either side.

The newly acquired easement is immediately south of an apartment complex. The neighborhood features multi-family residential housing as well as commercial and light industrial sections.

Trail acquisitions and easements can able extremely difficult to secure, and it can take years to obtain the dozens of individual properties that make up a stretch of trail, Ruggiero said.

“We’re constantly reaching out to property owners where we need easements, and the more people we reach out to, the better chance we have to secure one,” he said. “It’s really incremental and takes a lot of time. Everything has to connect.”

The Hedges Creek trail easement cost $61,000 and was paid for with money from the 2006 natural areas bond measure.

Over the past year, the Parks and Nature Department created its Racial Equity, Diversity and Inclusion Action Plan. The action plan comprises more than 80 actions – some multi-year, department-wide undertakings, others short-term, discrete tasks – that work toward Metro’s racial equity goals.

Metro’s 14 historic cemeteries total 66 acres in Multnomah County and provide an important service for families throughout greater Portland. The cemeteries are managed as active facilities, offering scenic tranquility and a unique window into the region’s history.