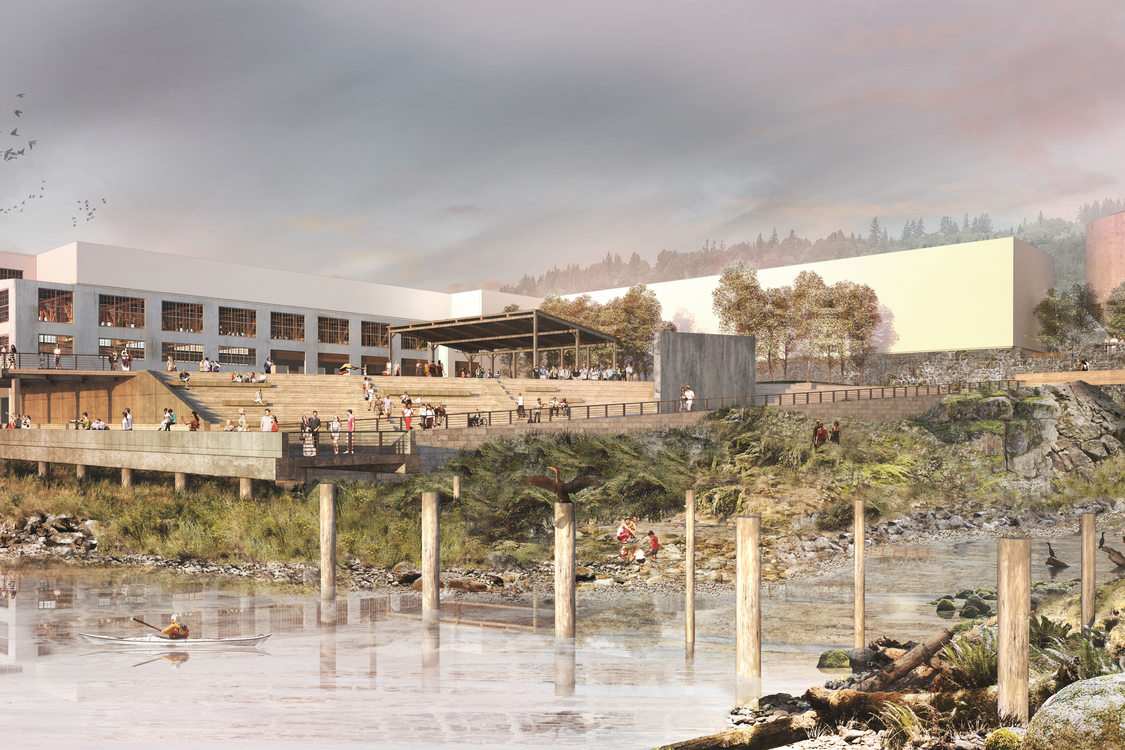 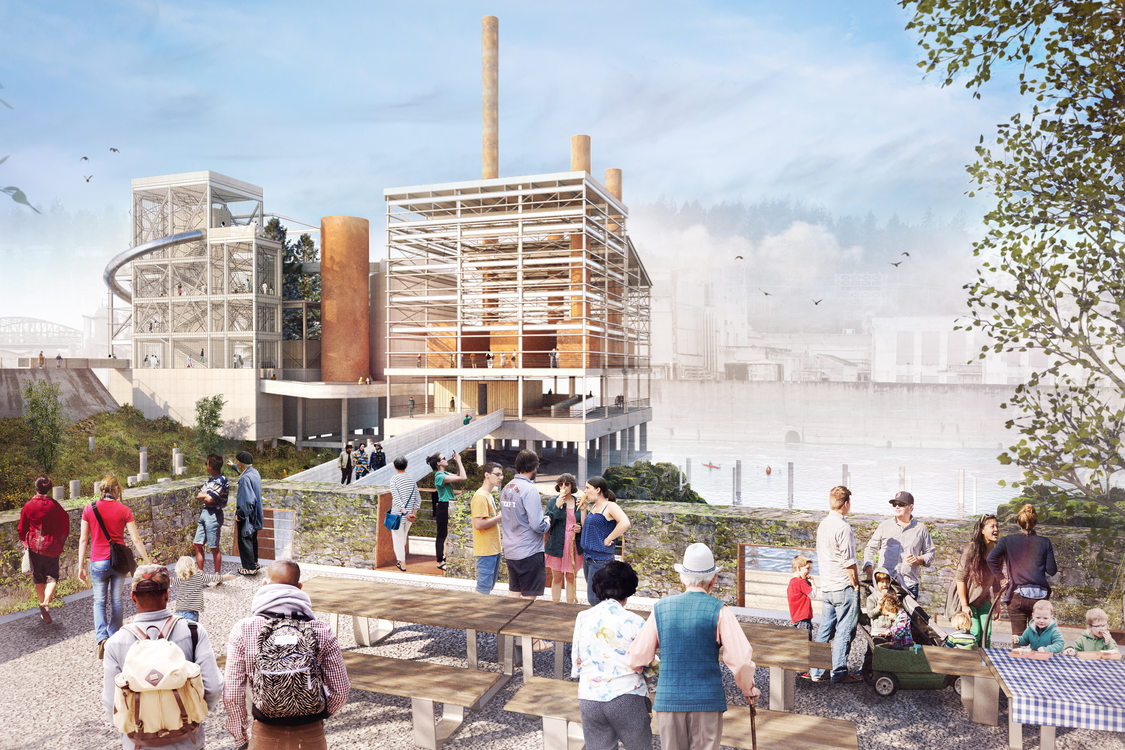 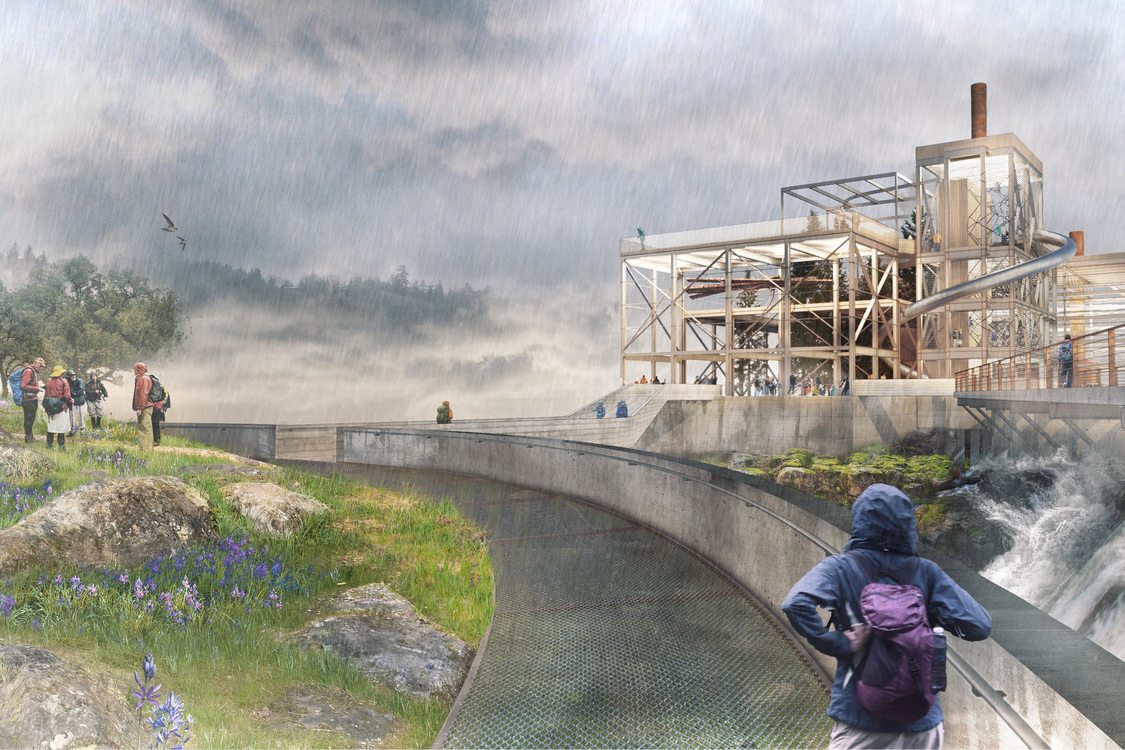 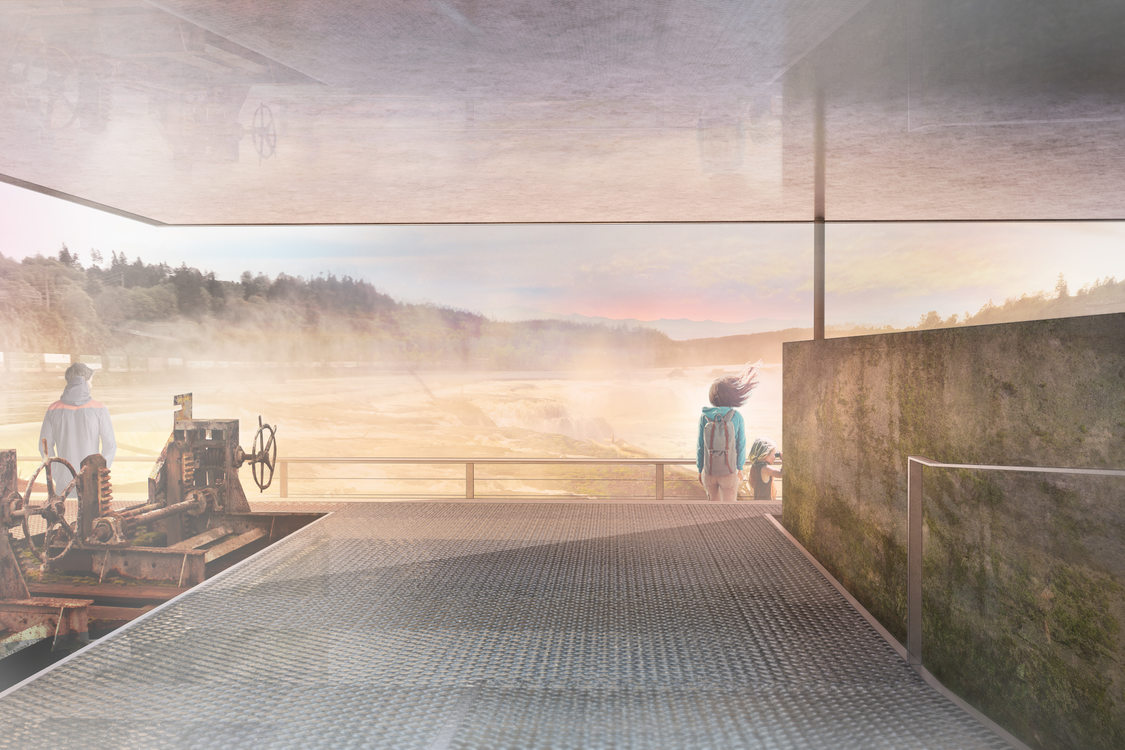 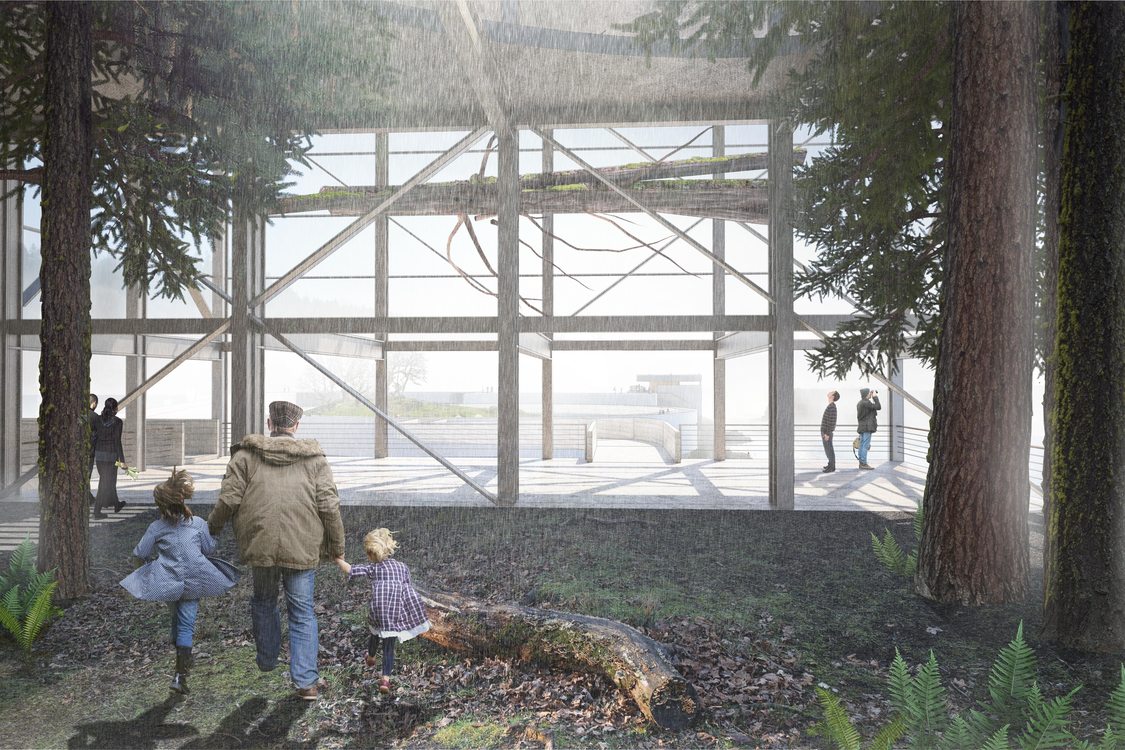 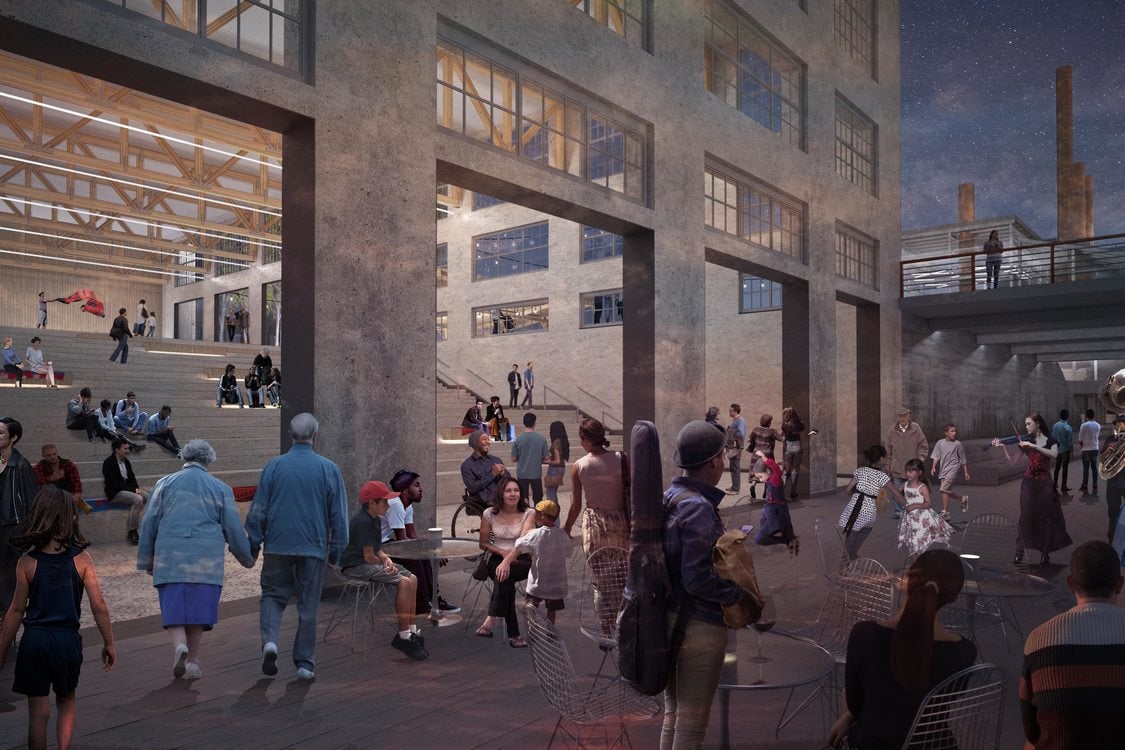 The riverwalk, trails, a public boat dock and other amenities will bring visitors up close to North America’s second most powerful waterfall, which has remained largely hidden behind industrial buildings for more than a century. The first phase of the riverwalk could open as early as 2022, pending approval of permits.

“I am more than pleased to support the master plan here and look forward to not just the riverwalk but the redevelopment of that entire site becoming the national destination that has been presented and envisioned by this group,” Metro Councilor Craig Dirksen said.

Building the riverwalk is the first step in a larger effort known as the Willamette Falls Legacy Project, a collaboration between Oregon City, Clackamas County, Metro and the State of Oregon. Oregon City commissioners are expected to consider approving the master plan in February.

The riverwalk would be built in phases. The first phase includes repurposing the boiler complex and Mill H buildings to provide upper and lower scenic overlooks. It would also provide for some restoration work, public gathering places and the demolition of some of the more than 50 buildings to prepare the site for future improvements.

The first phase, including the planning work done to date, is estimated to cost $25 million. Metro contributed $5 million using money from the natural areas bond measure voters approved in 2006. Rediscover the Falls, the nonprofit friends group, is hoping to fundraise $10 million for the first phase of the riverwalk.

“Based upon the support and interest secured to date, we are confident we can achieve this goal,” Shelly Parini, interim director of Rediscover the Falls, told Metro councilors at the meeting. “Selling the majestic Willamette Falls takes only one viewing. Once you feel the spray of the falls on your face and hear the wild roar of the river, you’re hooked.”

Future phases would be planned in coordination with the private owners of the site and would depend on available funding. Improvements would include trails along the Portland General Electric dam to allow visitors even closer views of Willamette Falls with an overlook at the Hawley Powerhouse foundation site. Additional work would complete the signature public gathering place nicknamed “the public yard,” convert Mill O into a sheltered gathering spot, restore the historic shoreline to support native plants and fish and additional improvements.

Starting in winter 2015, project leaders and the design team of Snøhetta, Mayer/Reed and DIALOG worked on the riverwalk’s planning, design and community engagement. Through the process, project leaders and the design team held five major public events and more than 50 community conversations, hearing from thousands of community members to learn more about the types of experiences they want to enjoy at Willamette Falls. A tribal advisory board provides input from members of five tribes with historic and current ties to Willamette Falls. The design incorporates the four core values of the project: historical and cultural interpretation, healthy habitat, public access and economic redevelopment.

“The benefits of redevelopment at the site will be significant. It will bring millions in tax revenue and involve greater visitor spending in the area,” said Don Krupp, Clackamas County Administrator. “Redevelopment can transform Oregon City’s already promising downtown to what will be a national-caliber destination.”

More than 600 people attended a June 2017 open house at OMSI to learn more about the riverwalk design.

The project hit a delay in September, when the four partner agencies sent a letter to Falls Legacy LLC, the private owner of the site, asking for the owner’s cooperation to move the project forward and apply for required permits. Falls Legacy had previously donated an easement for the riverwalk and agreed to contribute money toward design, preliminary engineering and maintenance costs.

Before any work would start, project officials would need to first obtain permits, complete preliminary design and engineering and develop construction drawings. Thursday’s approval of the master plan is an important step to move the project closer to realizing the long-term vision for the site, said MG Devereux, deputy director of the Oregon Parks and Recreation Department.

“It’s a special place to the heritage of Oregon and the people who were here before European settlers,” he said. “(The master plan) is a tremendous document and a great milestone in moving us forward.”

Decades ago a former owner used chunks of concrete and asphalt, rocks, logs and plastic lining to construct four small dams along 300 feet of the creek. The fix for improving Brigman Creek was obvious: remove the dams, let the stream reclaim its path to Johnson Creek, and of course, plant native trees. 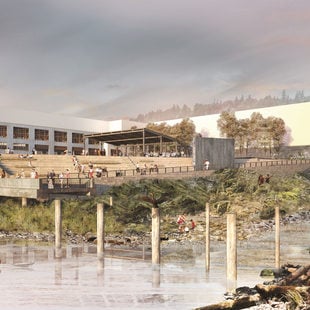 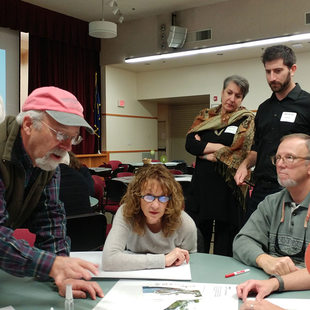