The story of a place where people, culture and opportunity intersect.

Even outside of rush hour, crossing it can seem like an impossible task, yet many attempt it anyway. You look each way, but gaps in the traffic are rare and the cars move faster than you're used to, so much so that even walking alongside the road can give you an uneasy feeling.

All of this is because 82nd Avenue is a road with something of an identity crisis. Is it a 5-lane state highway, or an urban street serving urban neighborhoods? And how can it balance safety on the ground with an important role as a major commercial, freight and transit route?

The Oregon Department of Transportation, which owns the road curb-to-curb as State Highway 213, will soon embark on a 2-year planning project, using input from residents and business owners to answer those questions and develop a range of safety improvements to the troubled and dangerous road.

For many, the 82nd Avenue of Roses Implementation Plan couldn’t come soon enough – especially as the road continues to see tragic crashes. On Aug. 9, it tallied its latest fatality, when 60-year-old Edgar Caceres was struck by a car and killed at Northeast 82nd and Glisan Street, bringing the total number of pedestrians killed on the road in the last year to three. A 2008 Portland Bureau of Transportation report stated that pedestrians were more likely to be seriously injured or killed along 82nd than any other corridor in the city.

Safety is a major concern for many of the communities around 82nd Avenue, said Joseph Santos-Lyons, executive director of Asian Pacific American Network of Oregon, which is headquartered on the road.

“When we held a multilingual community forum with over 200 folks several years ago to prioritize our future, in Russian and Spanish and Cantonese and Mandarin and Vietnamese and English, pedestrian safety was at the top of every community’s concerns," Santos-Lyons said at an August 17 press conference kicking off the city of Portland's Vision Zero task force, held at the Jade/APANO Multicultural Space at 82nd and Division Street.

Now, community members are leading the effort to improve 82nd, said Terra Lingley, an ODOT transportation planner. “We have a very active community along 82nd Avenue," Lingley said. There’s a couple of business associations that are active – there’s the 82nd Avenue Improvement Coalition, as well as Central Northeast Neighbors and more – and these groups lobbied their state representatives to have some planning and thought around what 82nd Avenue should look like in the future.”

ODOT isn't waiting until the plan is complete to make safety improvements on 82nd, however. Using funds from the Statewide Transportation Improvement Program, the agency will spend several million dollars over the next five years to improve intersections, modernize traffic signals and upgrade sidewalks and crosswalks in areas like the 82nd and Division intersection.

The agency is also working with Metro, the city of Portland and other partners on the Powell-Division Transit and Development Project, which could bring bus rapid transit to a stretch of 82nd between Powell Boulevard and Division.

“Cities do need streets like 82nd Avenue. You need boulevards that move traffic and freight traffic up and down. But you also need a boulevard that fits into the community." -Brian Wong

The implementation plan will go further, peering deeply into the state of the roadway, and determining specific “focus areas” that require special attention – most likely places with large amounts of pedestrian activity, popular destinations and lingering safety concerns.

The plan will explore basic improvements and maintenance throughout the seven miles from NE Killingsworth Street to SE Johnson Creek Boulevard, but these focus areas will receive more extensive changes tailored to their distinct characteristics and needs.

Voicing those needs will be a recently formed community advisory committee of around 20 concerned local stakeholders. Over the next two years, that group will make recommendations and give feedback to ODOT's project steering committee, which will ultimately make decisions on the road's upgrades and changes. “The plan is set up such that we have lots of check-ins with the public as well as the community advisory committee,” explained Lingley. “It’s made up of a broad group of business owners, neighborhood residents, commuters, people who take transit, people who bike, we have Oregon Walks represented, Jade District as well as Portland Community College.”

Local resident Brian Wong is one of the advisory committee’s members, and in a recent interview touched on the need to reexamine 82nd’s role within the city and the neighborhoods it touches. “Cities do need streets like 82nd Avenue,” said Wong. “You need boulevards that move traffic and freight traffic up and down. But you also need a boulevard that fits into the community. And that's where 82nd Avenue is lacking. It doesn't fit into the community. If you were to ask anyone who lives along 82nd, they view it more as a barrier than a boulevard. You can't cross it. You can't walk alongside it comfortably."

But ODOT and the community must also balance safety with commerce, said Michael Liu, part-owner of Fubonn Supermarket at 2850 SE 82nd Avenue. “I think Metro, the state, and the city are working to make this area a more walkable area, which helps, but I think there does need to be a balance,” Liu said in a recent interview. “A lot of businesses here depend on the vehicle traffic, the foot traffic, the bus traffic. So whatever we do, we need to make up for the ability of that amount of traffic to still come into this area, because it can’t be a detriment to why people love 82nd, which is the ease and accessibility to be able to get to the places and businesses they need to visit.”

Much of the avenue’s safety and traffic problems lie in its convoluted history. Sometimes called an "orphaned highway," 82nd Avenue is one of many roadways in the Portland metropolitan region and across the country that started life as county roads and rural highways. But as city limits expanded many of these roads are now surrounded by increasingly dense urban environments that force them to function more as city streets. And sometimes their status as a highway can seem obsolete – for instance, the 1983 opening of Interstate 205, just 10 blocks east, may make 82nd Avenue redundant as eastern Portland’s major north-south throughway.

As a way to address this disjointed identity, ODOT's plan will look into the possibility of a jurisdictional transfer of the highway.

“Another part of this project is exploring the possibility of jurisdictional transfer of 82nd Avenue from the state back to Portland,” Lingley said. “We’re not going to make a decision on that for this plan, but what we’re going to do is look at what our standards and requirements are for the roadway, look at the city’s standards and requirements, and see where there is a difference. We’ll see which scenario might best fit the community’s idea of what 82nd should be.”

A deciding factor on the jurisdictional transfer will be cost, specifically whether the city’s budget is able to absorb the new costs of maintaining the road if it falls under Portland’s ownership. Nevertheless, it is a move that Portland Mayor Charlie Hales has publicly supported over the last several years.

Update, August 27, 2015: This story was amended to clarify the 82nd Avenue of Roses Implementation Plan's time frame and specific goals.

When voters approved a $374 million bond for Portland Community College in 2008, they reaffirmed their commitment to a system that has grown to serve more than 90,000 students in five counties. 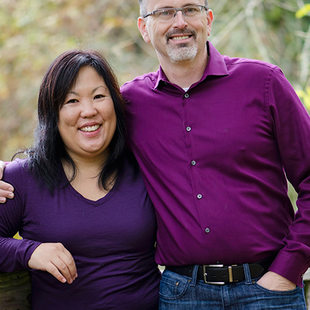 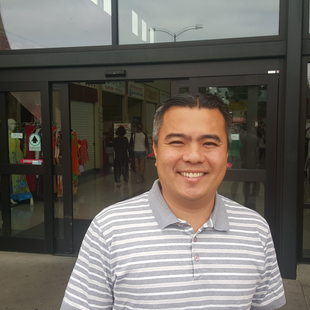