Juan Garcia, crew supervisor for Metro illegal dumping patrol, loaded garbage from last week’s cleanup onto one of the several trucks to be taken to a Metro transfer station.

Last week, Metro and local partners worked together to clean up and remove garbage from the wooded and brushy banks along Interstate 84. Cleanup efforts stretched from the Rose Quarter all the way out to Northeast 92nd Ave.

This is the third time this year the groups, including Metro’s Regional Illegal Dumping Patrol, Union Pacific Railroad, City of Portland, Oregon Department of Transportation and Central City Concern, have come together to remove trash from the same areas. Though the cleanups are carefully coordinated and thorough, a range of garbage, such as old luggage and furniture, tends to reappear in the spaces after a short time.

Metro program manager Stephanie Rawson says Metro's dumping patrol often gets calls from people concerned not only about the visibility of the garbage, but the amount of it in these spaces.

“I-84 and the MAX is the entryway into the city and it’s a poor representation of who this city is,” Rawson said. “People generally don’t want to see unsightliness.”

RID Patrol crew supervisor Juan Garcia says that it’s also about keeping the public safe and making sure they’re not exposed to any potential harm.

“As we go farther down into the city, there are spots that are very accessible to the public,” Garcia said. “As folks are going up to the MAX station, they have to go through the underpass and there are usually exposed needles the general public can see.”

While the area along I-84, known as Sullivan's Gulch for the neighborhood that borders a section of it, has been cleaned up three times this year, it's only one of hundreds of dumps that need to be addressed around greater Portland. Rawson says Metro can receive anywhere from 25 to 50 reports of illegal dumping in a single day. But when working on specific cleanups that can take up a few days, like the one last week, other cleanups get put on hold.

Rawson says people can get a bit frustrated, but the crew is working on addressing the reports as soon as they can.

Metro’s dumping patrol works with Union Pacific, which owns the active train property along the highway, to get access to otherwise hard-to-reach areas. Union Pacific also provides security at the cleanups to make sure crews and team members are safe and aware of any possible oncoming trains.

Using what the crew learned during the last cleanup, in May, Garcia says the team can more effectively get through the spaces along the hill and collect more garbage. The crew gathers trash by first scaling the hill and tossing the trash toward the ground and tracks, and then picking it up the next day.

At this cleanup, the team removed just over seven tons of garbage, as well as a ton of metal recycling. “What we’ve seen in just the little bit of time that we’ve increased the cleanup frequency is that we’re actually picking up less,” Rawson said.

Rawson also says that local partners are key to making this type of cleanup effort effective.

“When we’re able to collaborate with these organizations, we’re able to pull more resources together so we can accomplish more in a short period of time,” Rawson said.

After the garbage is gathered, the crews load it and take it to a Metro transfer station. The crew finds everything from furniture to shopping carts, to clothes and bicycle parts.

The next cleanup of the area will be scheduled for some time in December. 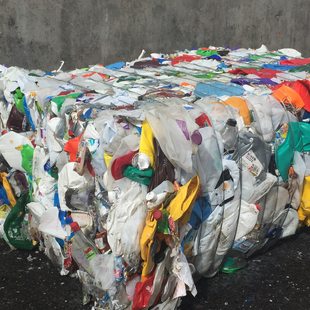 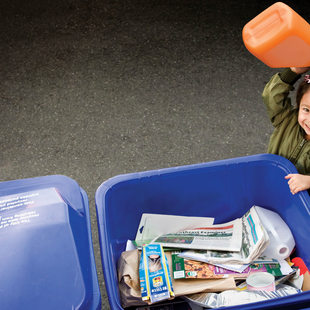 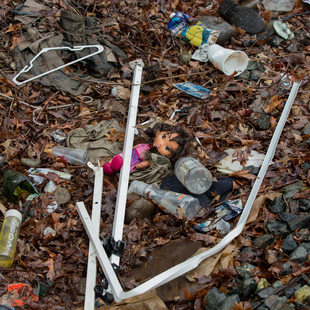