Every day we throw stuff away. And behind the rumble of trucks on trash day is an entire system that collects, transports and sorts that stuff.

Metro is now asking for input related to this system. Take an interactive survey and tell Metro what the future of garbage and recycling looks like to you. Your ideas will be used to help shape the system for decades to come.

Take an interactive survey about the future of garbage and recycling.

When you take the survey, you’ll be able to prioritize several aspects of the garbage and recycling system that reflect your vision of the future. You’ll then be able to dig into those priorities. For example:

There are plenty of places in the survey to leave comments as well.

The survey is a part of Metro's ongoing engagement with communities around greater Portland to develop the 2030 Regional Waste Plan, which will guide how the garbage and recycling system is managed for years to come. The plan will include:

So what’s your vision? Tell Metro. Take the survey by Oct. 15, 2017 and get a voucher for one free gallon of MetroPaint. 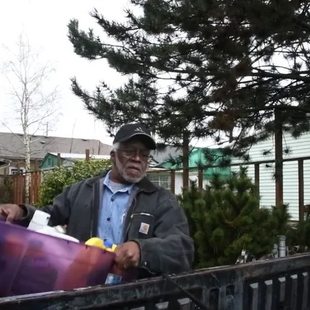