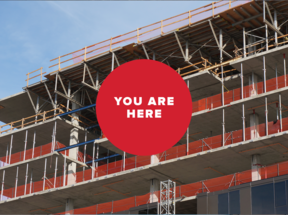 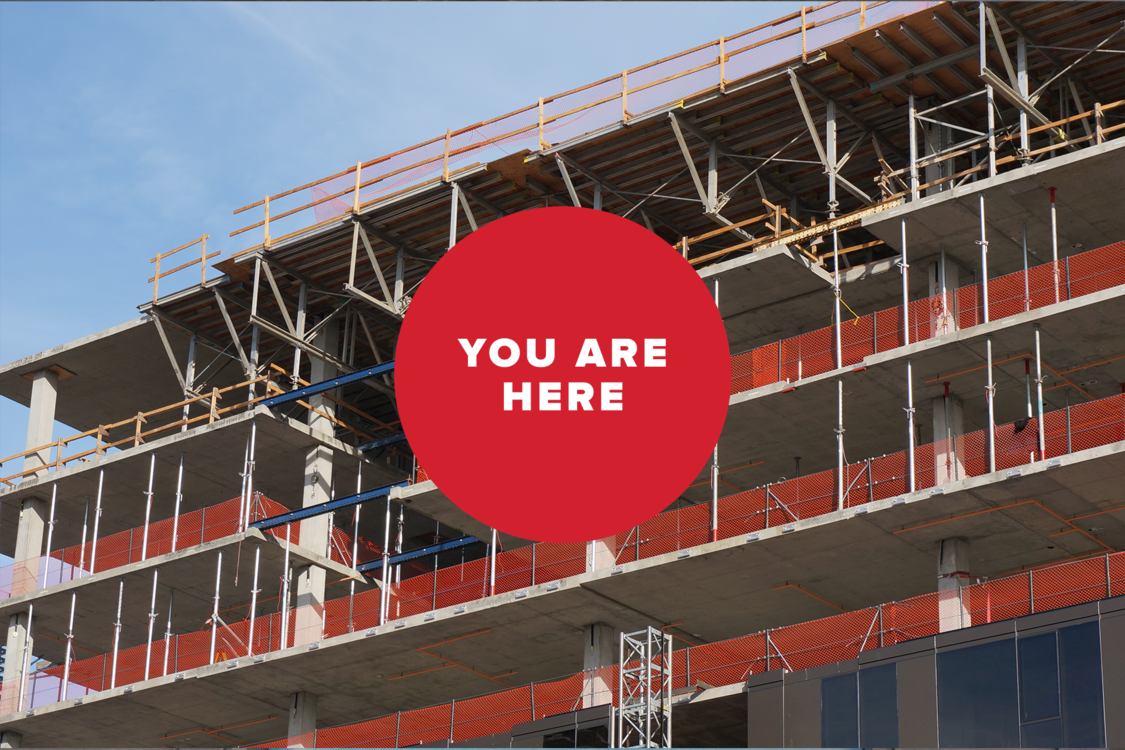 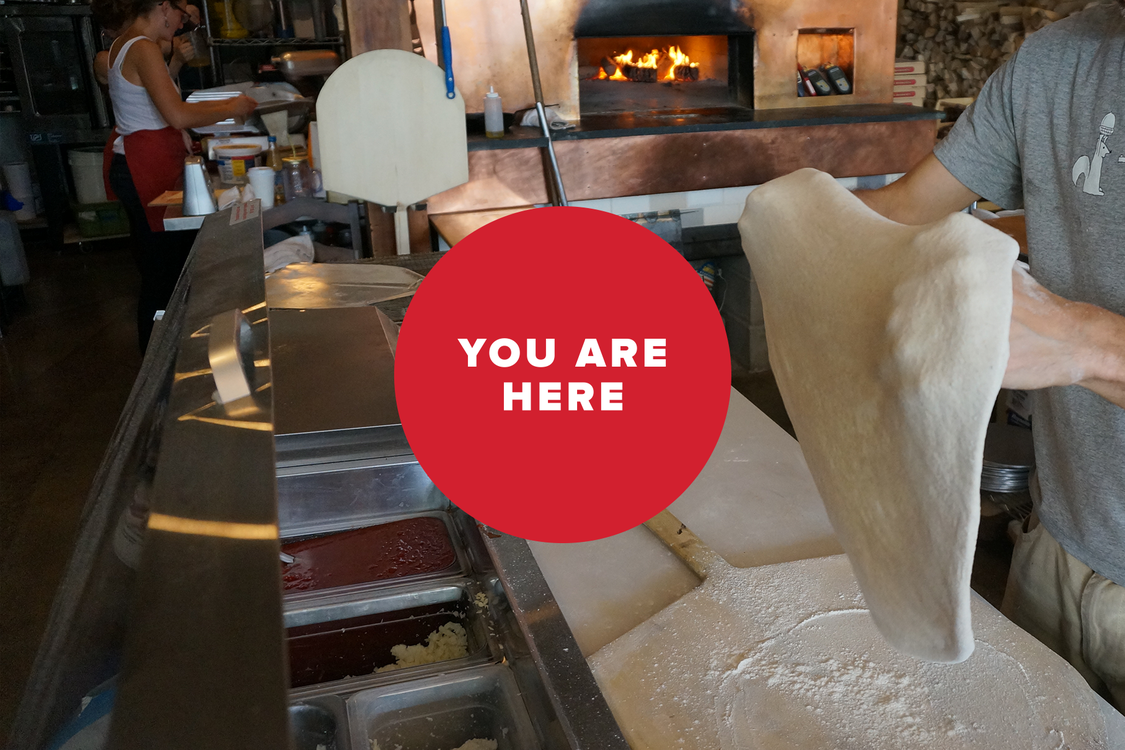 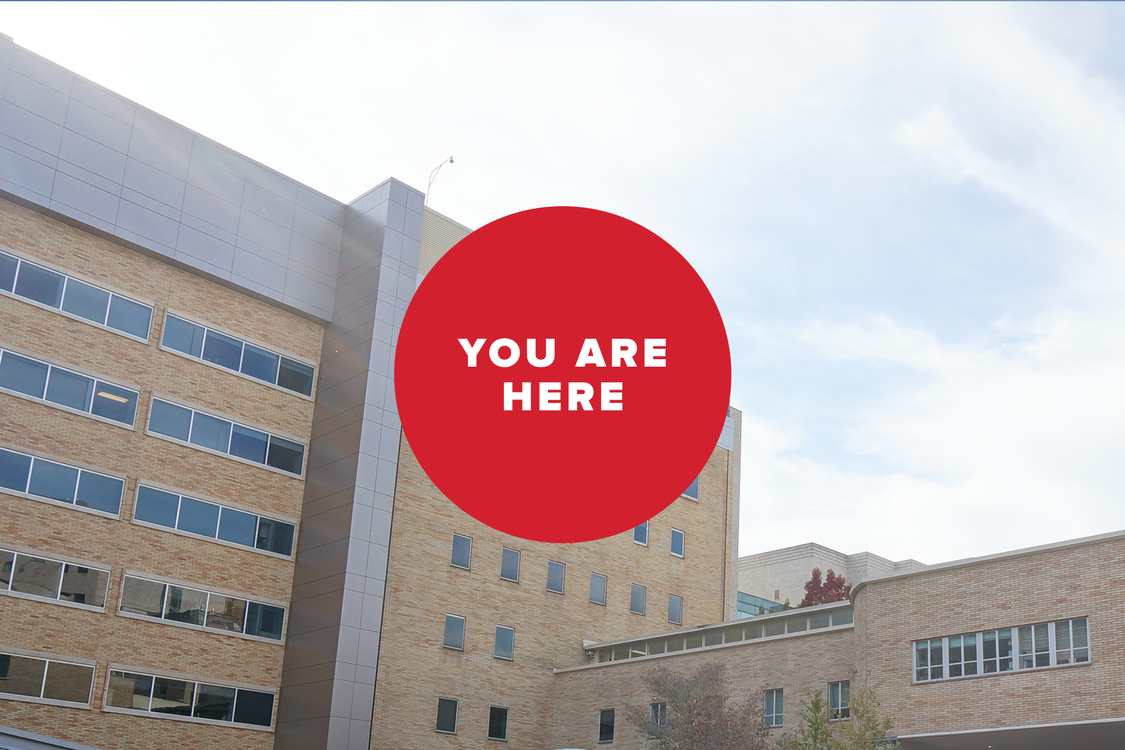 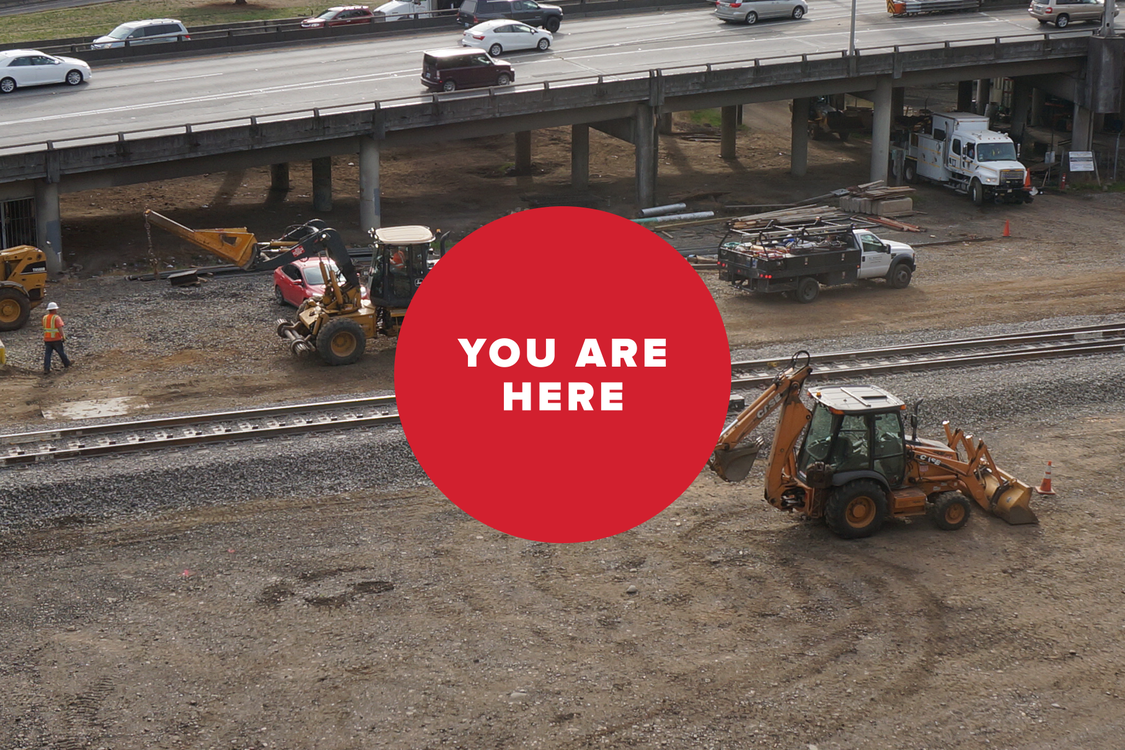 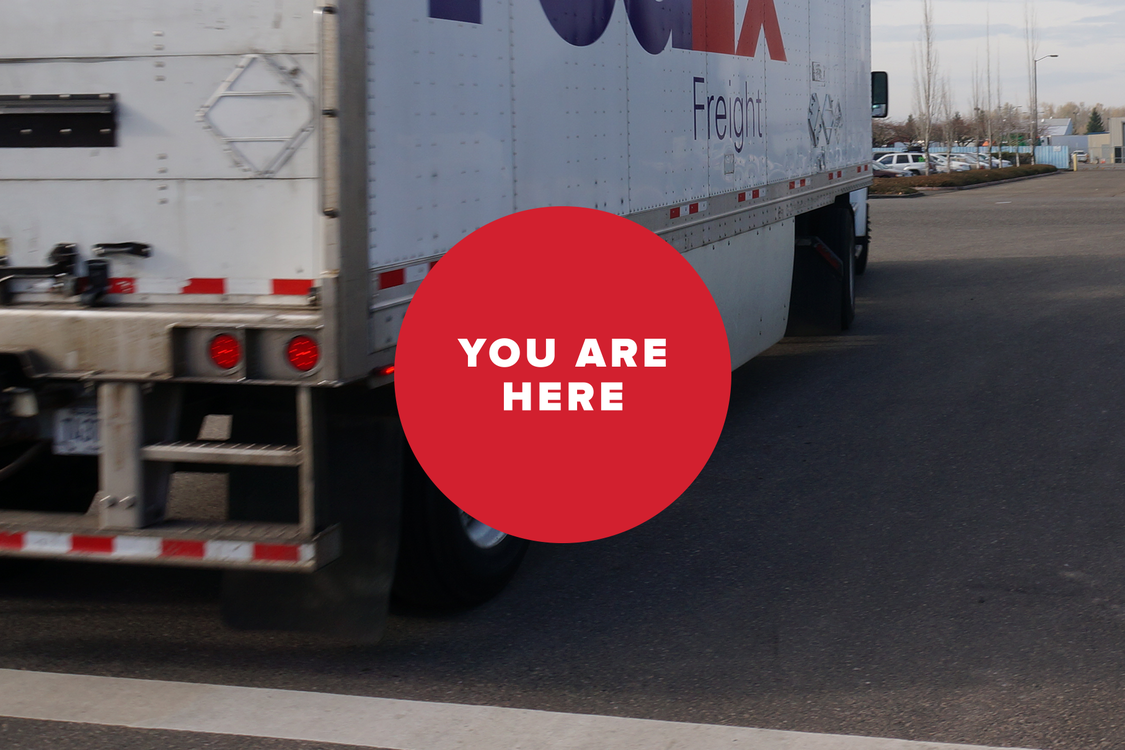 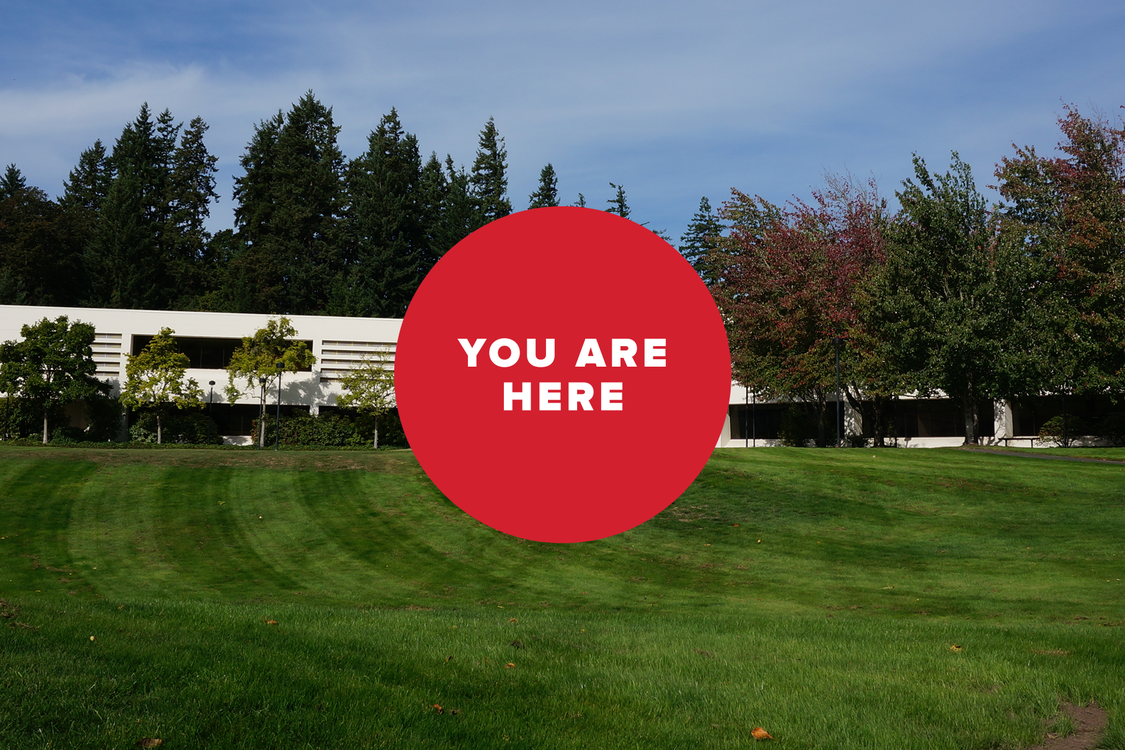 1. At a glance, the Portland region is doing well.

We've recovered more jobs than we lost during the recession, and then some. Our unemployment rate is falling, job growth is up and our region is attracting a young, highly educated workforce.

Our region has regained twice as many jobs as it lost in the recession.

Prior to about 2011, the region had higher unemployment rates compared to the U.S. as a whole. But since the recovery, Portland's rates have been more in sync with the rest of the nation.

Over the past year, Portland's growth has been strong – on par with San Francisco.

Incomes are rising as well. Although still lagging behind the 2008 peak of $64,610, our current median household income of $60,248 is more than 4 percent above the Recession low and exceeds the current national average by nearly $6,600. (Source: Bureau of Labor Statistics.)

Our average wages also exceed the US average. It's worth noting that the minimum wage in Oregon has historically exceeded the federal minimum wage, which may contribute to that difference.

2. Professional and hospitality sectors are leading our job growth.

Right now, almost half of Portland-area residents work in trade and transportation, professional services, and education and health.

Several job sectors are doing exceptionally well in the Portland region, particularly professional and business services and leisure and hospitality. These sectors have been adding workers more quickly than other sectors as we come out of the recession.

3. The richest and poorest among us are growing fastest.

Looking just at the averages hides an important part of the story. In short, our region's economic growth isn't distributed equally.

For example, right now most households are in the middle-income brackets.

Job growth isn't occurring evenly across the income spectrum – it's polarized at the very high and very low ends. Since the end of the recession, we've seen the strongest increase in households making more than $200,000 per year. But the second strongest? Households making less than $10,000 a year.

There are many different ways to define “middle class.” The Pew Charitable Trust defines middle class households as those earning two-thirds to double a state's median household income.

For definitions of "household" and "median income", visit the United States Census Bureau.

4. High- and low-wage job sectors are growing the fastest, too.

Professional sector jobs are the fastest-growing category of jobs. They are generally high-paying jobs that require advanced degrees: things like medical, tech, law, information and finance positions. So we're seeing a lot of people who are entering the very high end of the income spectrum.

Low-wage jobs – retail, service industry, leisure and hospitality – are also growing. In part, this sector is growing in response to the growth of the professional sector, which is producing many people with more disposable income to spend at restaurants, bars and entertainment venues.

But the middle-wage job sectors are seeing very little growth at all. Some of these job sectors, like construction and manufacturing, can offer a person a much better income than other types of jobs available to people without advanced formal education (such as service industry and retail jobs discussed above). That means without an advanced degree, it's much harder for a person to get out of the low-wage job sectors.

Furthermore, wages for people in these job sectors have largely stagnated over the past 15 years. This trend preceded the Great Recession and continues today.

5. Job and income growth aren't distributed evenly throughout the region, either.

The unemployment rate is remarkably similar between the region's three core counties. But Multnomah County's unemployment rate was a bit higher than those of Washington and Clackamas counties in the early 2000s.

Job growth since then has been strongest in the region's most urban county. Indeed, of the 87,580 new jobs created in the four-county region from 2010 to 2014, Multnomah County has seen the largest share.

Job growth is concentrated in downtowns and centers and around major employment campuses (like OHSU in Portland and Intel in Hillsboro, the biggest employer in the state). These are areas where transit, retail, office, hotel and entertainment jobs are concentrated. Thus, communities with large employment campuses and significant downtown centers tend to hold more of the region's jobs. And these areas are attracting the majority of the highest-paying jobs.

Education is closely related to residents' incomes: The two cities with the highest incomes – West Linn and Lake Oswego – also have the highest percentage of adults with advanced degrees. Most of these cities' residents commute elsewhere to work.

Nationwide, young, educated workers are increasingly choosing to live in urban centers and close-in neighborhoods. Between 2000 and 2010, downtown Portland saw a nearly 36 percent increase in the number of 25- to 34-year-olds with a 4-year degree.

6. Different people have very different experiences with the economy.

Similar to the national trend, whites and Asian Americans have the highest incomes in our region. They are more likely to have access to the educational resources needed to obtain high-paying professional sector jobs.

(Note that the very broad definition of both ethnic groups can obscure important differences within subgroups, however, particularly within the Asian American category.)

Women also have different experiences than men in Portland's economy, similar to women around the country.

As of 2014, women in the region are still paid significantly less than men. The average Portland woman with a year-round, full-time job makes just $42,060 compared to $53,311 for the average Portland man working the same amount. That's 79 cents to the dollar.

And those pennies add up.

That lost income is especially important to families on the brink of poverty, where relatively small amounts of money each month can make an enormous difference.

7. The fastest-growing populations in the region aren't getting the degrees they need to break into the highest-paying jobs.

Our region's graduation rate is similar to the country as a whole – and, like the rest of the country, students of color and students from low-income families have lower graduation rates, and even lower rates of college or advanced degrees.

Meanwhile, the region's populations of color are growing at a faster rate than the white population.

As younger generations from these fast-growing populations enter adulthood, how prepared will they be to enter a competitive workforce where a college degree is essentially required for anything but a low-paying job?

In the rest of this Snapshot, meet some of the people creating and working jobs in the region's economy today.

Portlanders know that sunshine can be fleeting. So are these bright economic rays something we can count on? We asked four people with unique takes on the economy to give us their weather report.
Take our visitor satisfaction poll.