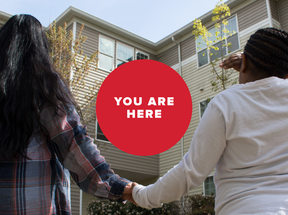 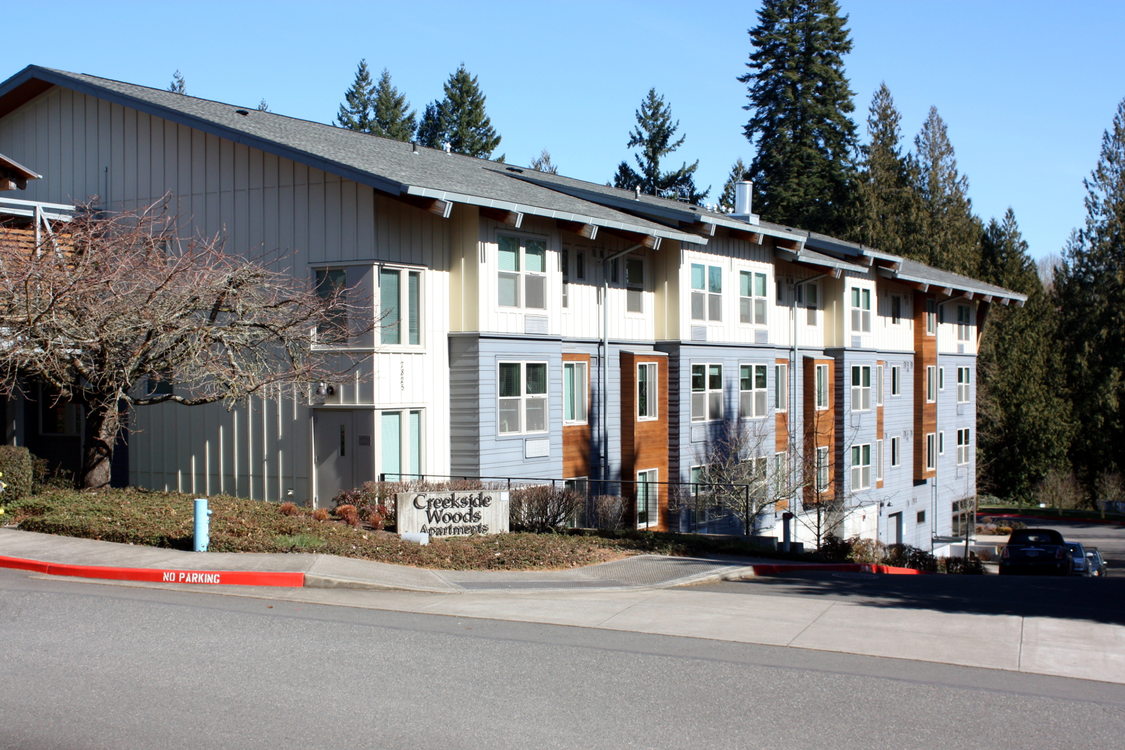 Creekside Woods houses a vibrant senior citizen community. Many there live on fixed incomes and would not be able to afford market-rate rent. 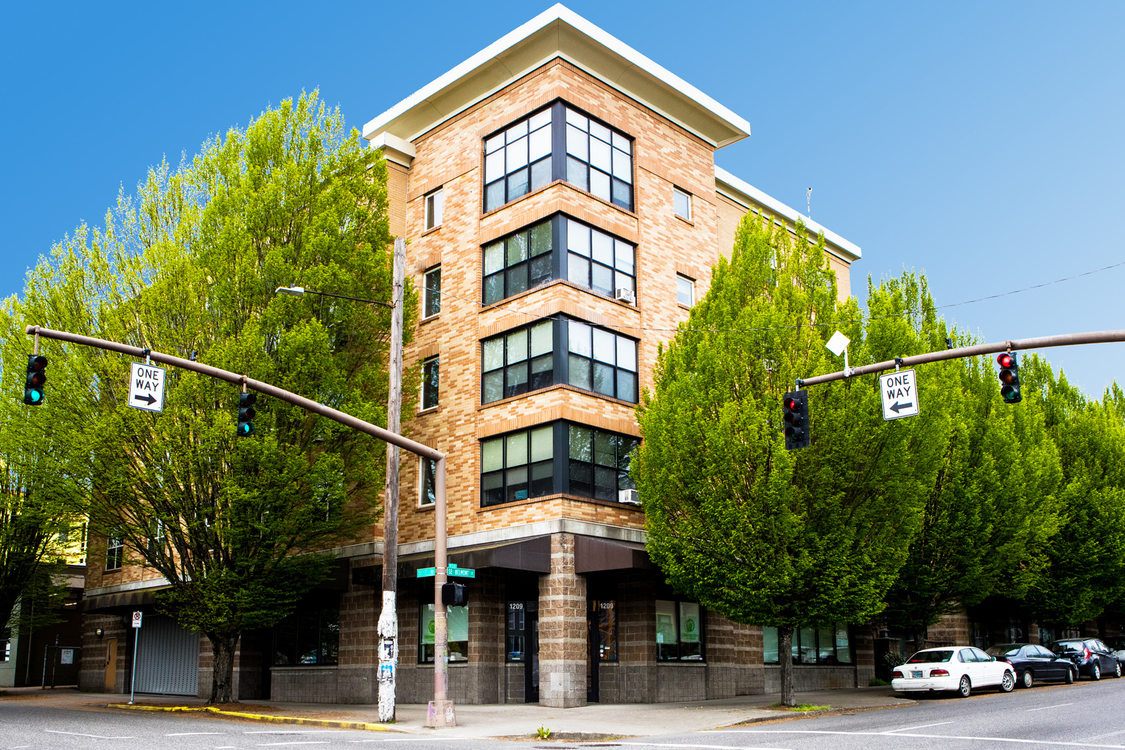 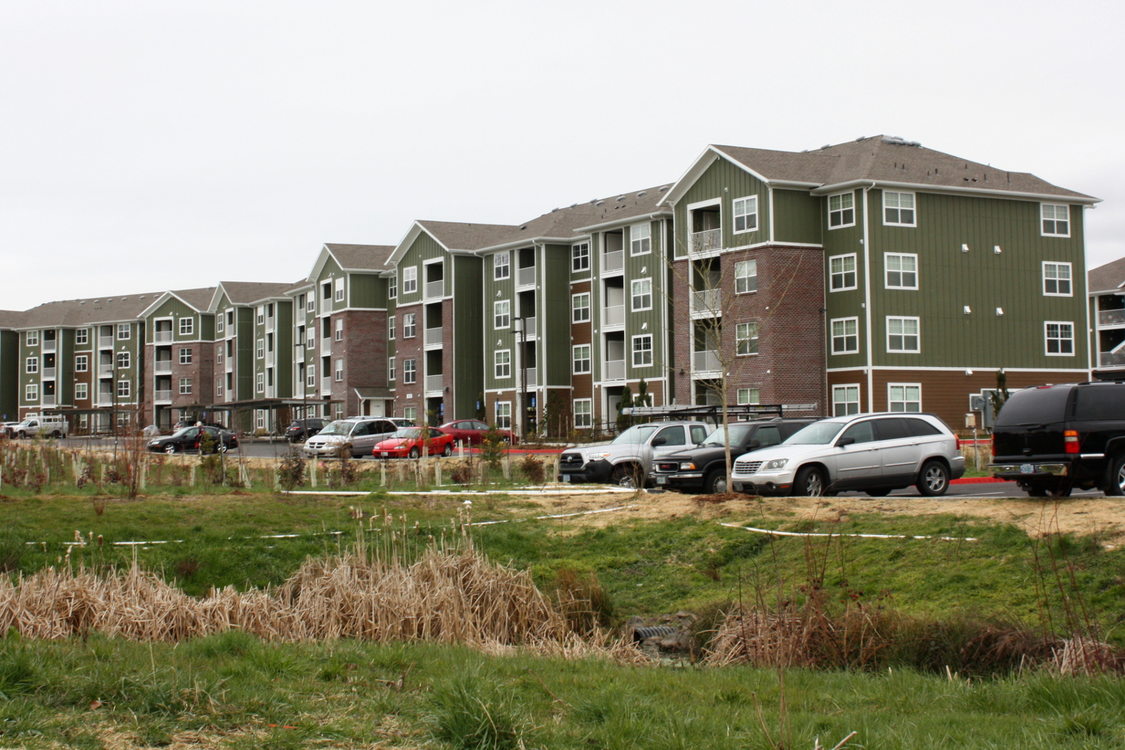 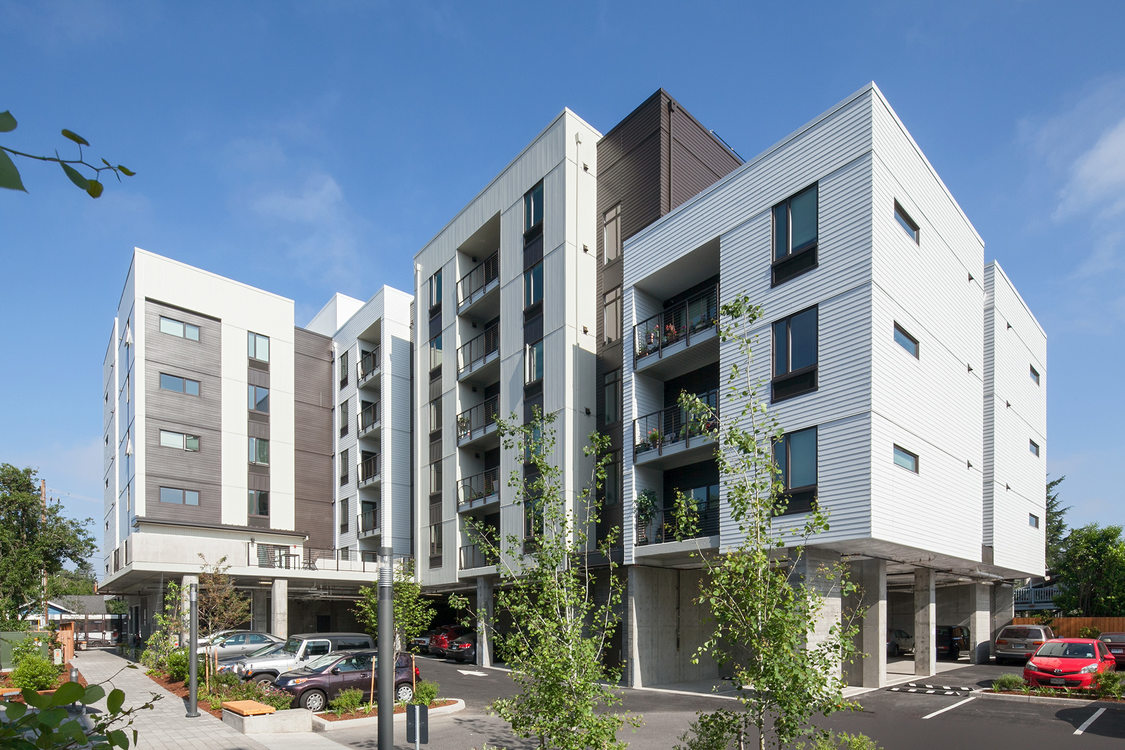 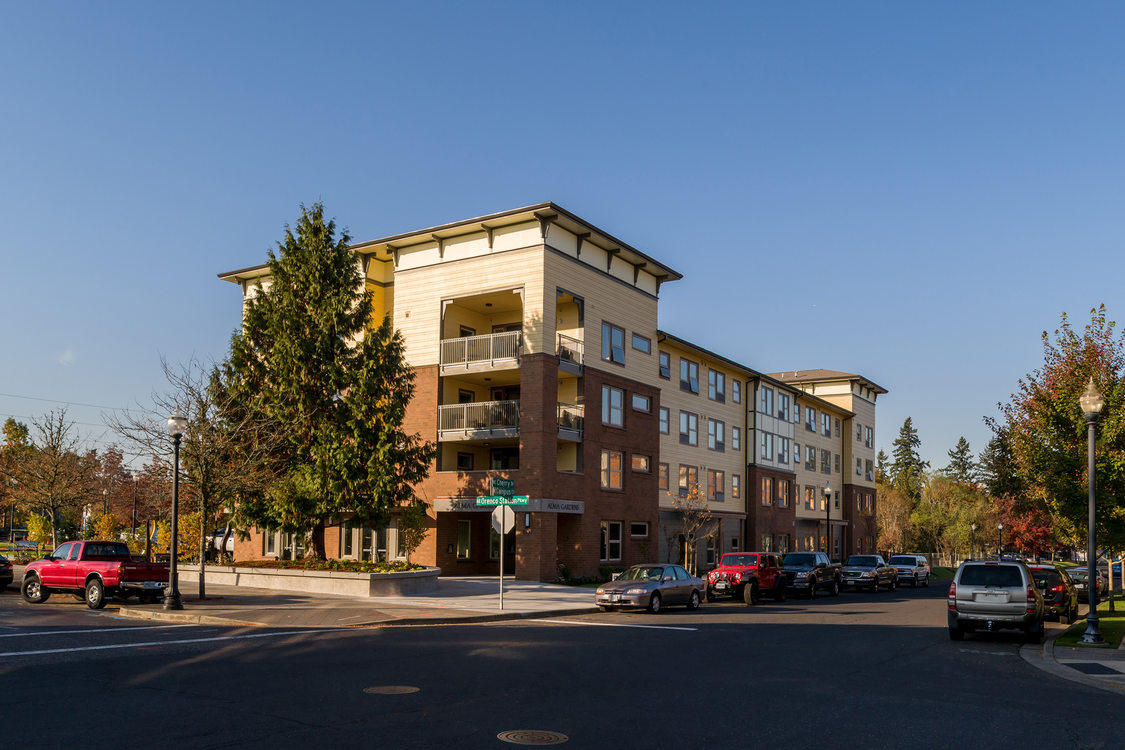 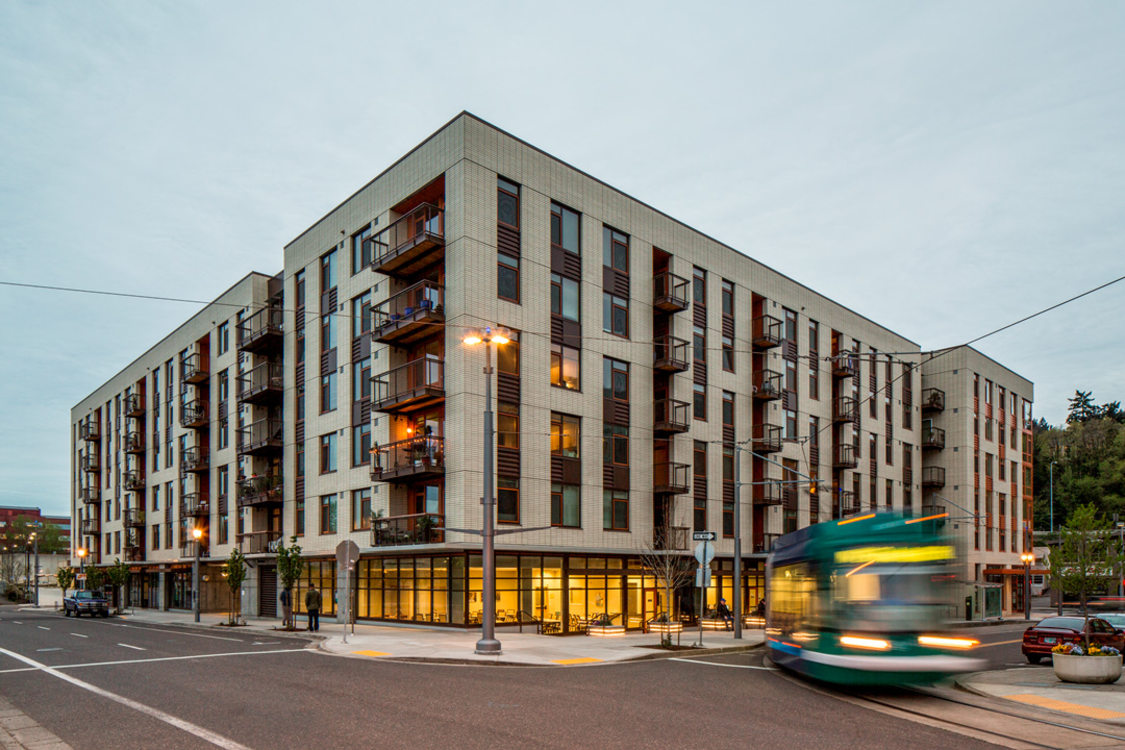 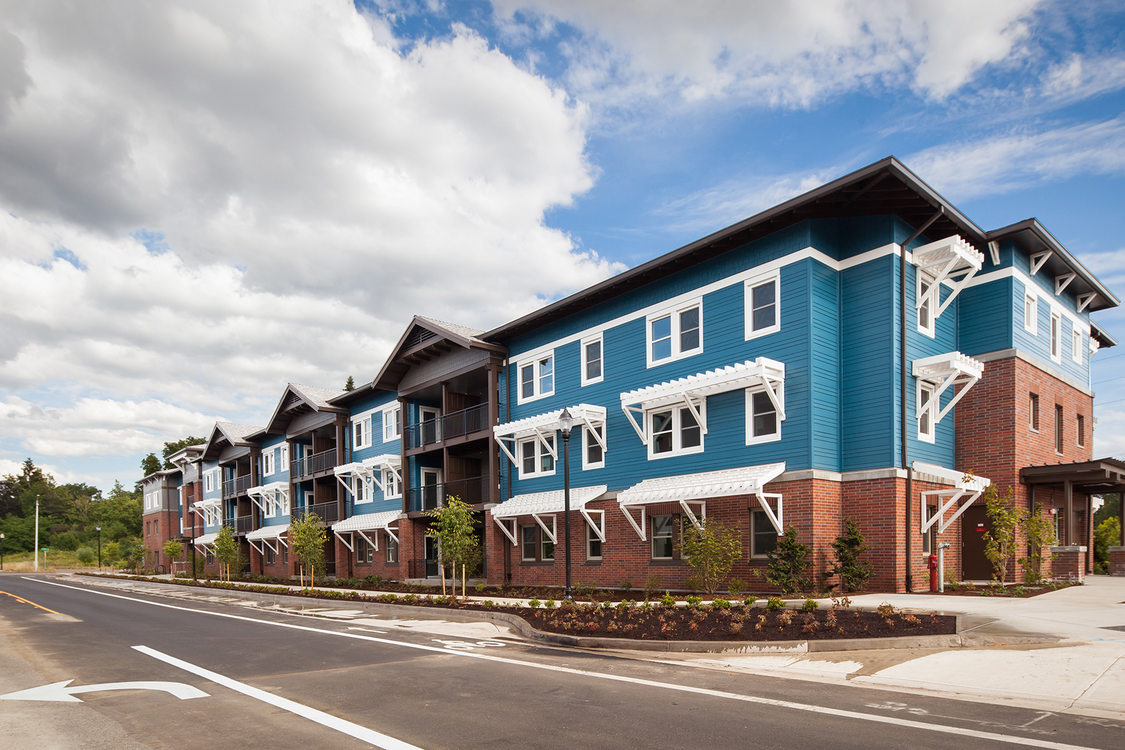 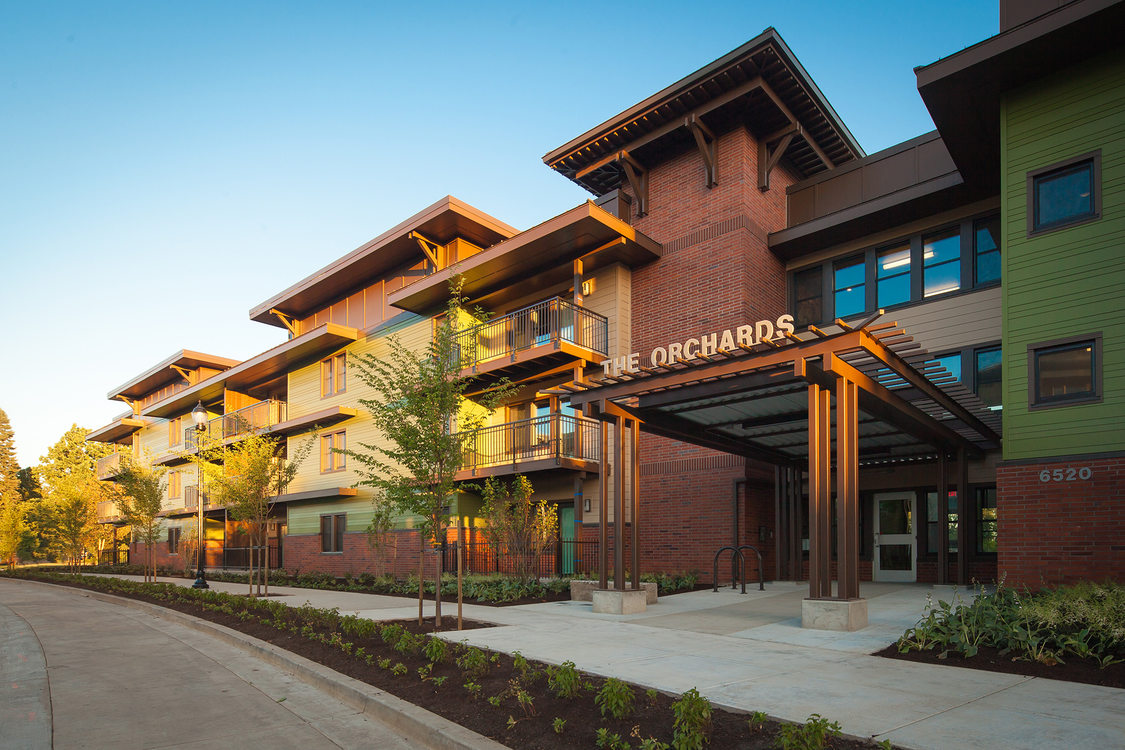 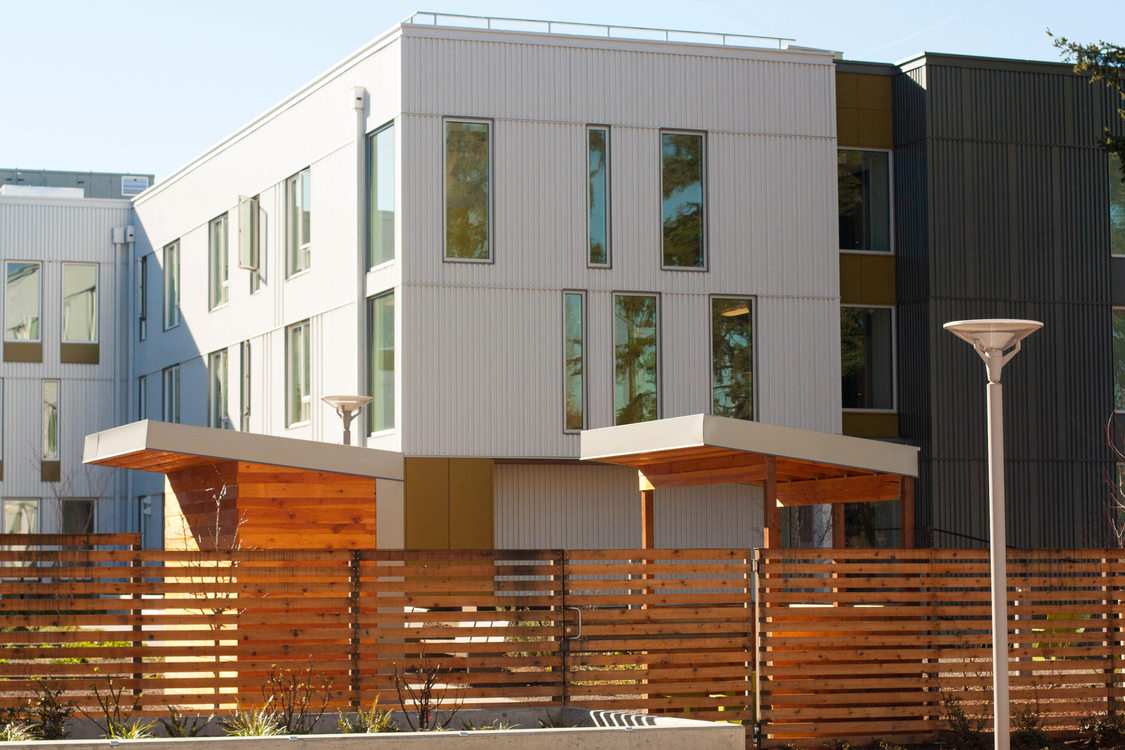 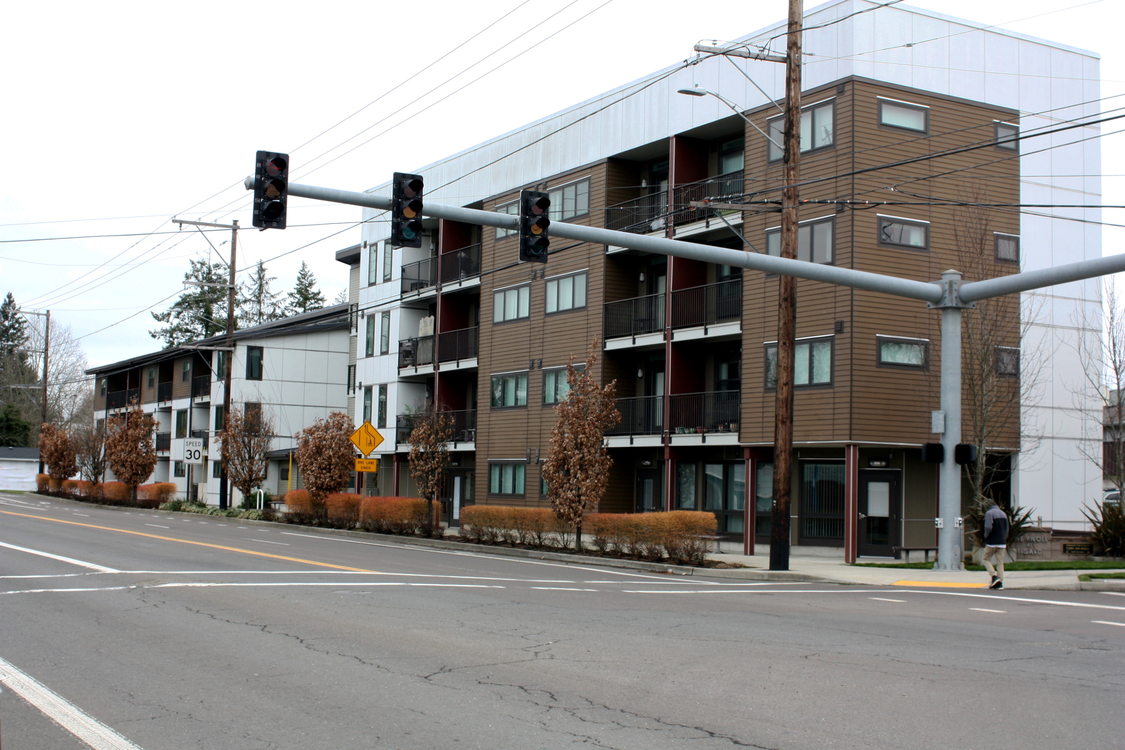 Modern affordable housing buildings are often indistinguishable from their market-rate peers. They are the hidden gems of the region, helping people to become self-sufficient.

Here are three examples that provide stability and community to residents in need.

In the heart of Portland’s Buckman neighborhood lies the Ritzdorf Court apartments. The five-story, tan and coral brick building provides a refuge of affordable housing amidst a sea of skyrocketing rents.

Built in 2000 by the nonprofit REACH Community Development, the Ritzdorf Court emerged in response to the recession in the late 1990s. It was funded almost entirely by the then-Portland Development Commission, now Prosper Portland. The project was part of a city-wide effort to end homelessness by creating permanent low-income housing. REACH manages the building and supports the tenants.

Ritzdorf Court houses people who are transitioning out of homelessness or have experienced homelessness within the last two years. The community offers 90 units of housing, mostly studios, which are rented for $427 per month.

Cheranda Curtis rents a studio apartment at the Ritzdorf, “but to me it’s like a mansion,” she said. Curtis grew up in an abusive foster home as a child through her early teenage years. When she and her two older sisters were separated from their foster home, Curtis – only in ninth grade – turned to heavy drinking to cope with trauma and loss.

“I’ve lived on the streets; I’ve lived in shelters,” Curtis said. “And it’s just chaos out there.”

This April marks Curtis’ two-year anniversary in her studio apartment – the longest she’s ever lived in one place since she was a teen. She calls it her “sanctuary.”

Riztdorf Court is more than just a stable place to stay, it provides social services to enable residents to keep their housing and eventually transition out.

Curtis is now saving money to buy a house through a state-funded Individual Development Account that matches her $2 for every $1 she contributes. She was connected to this fund through a REACH money management program that focuses on how to budget, save money, and build her credit.

“Having that affordable housing piece made all of that possible,” she said.

Murray Ruhland recently moved into the Ritzdorf after being homeless for about six months. He took care of his mother for many years and struggled to find an affordable apartment for low-income seniors before she passed away. Ruhland lived with his dog in his car, parked in a Walmart parking lot in Gresham.

A friend called different apartment buildings for low-income people to help him find a place in Portland. She found that the Ritzdorf had an opening and urged him to apply.

“It’s like heaven,” Ruhland said. “These apartments are so nice and I’m not used to that. They are so nice here and around the neighborhood.”

Nestled in between Jenkins and Baseline roads in Beaverton are the Sunset View apartments – a new series of green, brown and red brick buildings housing residents of Washington County.

The neighborhood is a mix of natural and developed areas. The complex overlooks native wetlands; ducks swim in the marshes next to the parking lot. The 158th avenue MAX station is less than a half-mile away, right next to the Nike World Headquarters and the Tualatin Hills Nature Park.

Sunset View is the result of a public-private partnership between Pedcor Investments and the Housing Authority of Washington County. Pedcor Investments is an affordable housing developer based in Carmel, Indiana. Pedcor bought the property in 2014 when it was the Sunset Golf Center driving range.

Affordable housing provides a lifeline for those who need stability. Azhar Alwash is a Sunset View resident who sought stability since she and her two daughters left Syria, fleeing a war. When she arrived in the U.S. a year ago, she was making ends meet as a cashier.

Having an affordable apartment has helped her to start over. She is working to become a dental assistant through the Health Careers Northwest program. For Alwash, housing is part of her building a community.

“This is a new world for me, everything is new for me,” Alwash said. “I have to get into this new community… get a degree to support myself, support my daughters.”

Ahlam Hamed, who is in the same program as Alwash, describes getting affordable housing at Sunset View as a miracle. A single mother, Hamed is raising three children under the age of 13. She said affordable housing is critical for the people who need it the most.

“Not all people have a dream job that can secure them and can give them that good amount at the end of month,” Hamed said. “A lot of students, single moms, divorced moms, on disability; they need the help.”

The need for affordable housing still far outpaces the supply. Sunset View opened recently in February 2018, but building managers expect all the apartments to be completely filled by April 2018.

If you drive past the Creekside Woods Senior Apartments, you are likely to miss it entirely. The thriving affordable-living community is tucked in the lush, verdant woods of Wilsonville. Behind the community is a small valley leading to Boeckman Creek. Murase Plaza Park is across the street and offers winding trails, picnic areas and an amphitheater.

Creekside Woods was born out of an affordable housing crisis. In 2007, the Thunderbird mobile home park closed and evicted 160 low-income, mostly senior residents. The City of Wilsonville partnered with Northwest Housing Alternatives to construct the housing on city-owned land.

Northwest Housing Alternatives used low income housing tax credits and a now-defunded HUD grant to finance the building. About half of the residents pay a flat monthly fee of $671 for a one-bedroom apartment. In addition, the HUD grant enables Creekside to offer 44 units of permanent subsidized housing that is restricted to 30 percent of a resident’s income.

Setting is everything for the residents of Creekside Woods, the senior community is connected via skybridge to the Wilsonville Community Center – fostering a neighborly feeling that rivals any senior living center. The residents take and teach classes there, share meals and go on affordable activity trips.

Creekside residents, and married couple, J.H. Morris and Jean Hornsby volunteer their time to this community. Five days a week, Morris picks up day-old bread and delivers it to Creekside and other low-income communities.

Hornsby is the resident soup maker, cooking large pots of stew and delivering it to fellow tenants in need; if they are sick or can’t afford to feed themselves. She often receives anonymous donations from her neighbors; soup ingredients, such as carrots and potatoes, are left outside her door.

Hornsby said the amenities at Creekside are similar to the senior living places that cost $4,000 to $5,000 per month, but her housing is attainable for people living on a fixed income.

“It's still affordable for somebody who only lives on social security that has to register for HUD,” she said “Where can you find a place as nice as this?”

Joanne O'Neil moved to the Portland area in 2005 from Northern California. O’Neil and her husband had moved many times before settling into Creekside in 2011. In 2006, they moved twice, leading to exhaustion for O’Neil. She doesn’t blame the moves for her subsequent heart trouble, but she is very happy to not move again especially since becoming a widow.

“I just kept moving until I moved here,” O’Neil said. "Then I said this is the last one, I think there was five different times we moved.” Without a backup plan, she said she wouldn’t have known where to find a home if living at Creekside wasn’t an option.

“Where do people go from here?” O’Neil said. “I don't really know.”

You are here: 5 things to know

Why does greater Portland need long-term investments to build and protect affordable housing?

People living throughout greater Portland share their search for an affordable place to live.