The stories are shared every day – not just in the news, but in conversations around the Portland region.

Stories from around the region: How has the housing market affected you?

A Metro public comment survey open through Feb. 16 includes a question asking how the region's housing market has affected people personally. Scores of people have shared unique stories, including these:

Southwest Portland resident: "We are a middle-class working family that are renting. Financially we seem to be in a good spot, but the cost is so astronomical that I feel like we're getting pushed out of [the city] limits. We love Portland but we are considering moving to a different area where we can find a house for our family."

Milwaukie resident: "It's a scary situation. Especially as a parent – we are a middle class family and we own our home, no debt, but we live paycheck to paycheck. Why? Because of childcare costs. Because of the expense of mortgage. Because of medical expenses. Because life adds up – and you'd better have the money to tackle it all or in a matter of months, you're homeless. That is the reality.”

Hillsboro resident: "My modest 2 bedroom retirement condo in outer southeast was foreclosed.... I downsized into a smaller apartment, reasonable at first, but rent kept rising until I would soon be paying 100% of my income on rent. Now I live in a refurbished garage, energy efficient apartment near downtown Hillsboro where my rent and utilities are a little more than half my income.... Rental costs in Portland are skyrocketing out of reach for way too many of us, with elderly singles especially vulnerable.”

It's hard to find a place to live that's affordable, available and accessible to the right things – and it seems to be getting harder. It affects newcomers and longtime residents, single people and families, renters and owners, people with low incomes and middle-class households alike.

A report released today by Metro's Equitable Housing Initiative seeks to spark a conversation among elected leaders, developers and nonprofits about strategies to expand housing affordability as the region's economy grows and people continue moving here.

The report describes the region's housing crunch in stark terms, adding new layers to understanding the nuanced nature of the affordability problem – including differences in how renters and owners are affected and regional variations in how quickly prices are climbing.

"Both nationally and in our region, rents are rising faster than incomes, increasingly limiting lower-income households – disproportionately people of color – to housing options in areas with lower access to opportunities and higher concentrations of poverty," the report states.

"Even households with moderate incomes are finding themselves priced out of neighborhoods where they work or go to school," it adds.

"There’s no silver bullet to solve this housing crisis," said Metro Councilor Sam Chase. "Rather we need a combination of tools to get the job done. This report illustrates that by working together and putting into place proven policies and programs throughout our region, more families will have a stable place to call home.”

Leaders from around the region will discuss the report's conclusions and potential strategies at a Feb. 1 housing summit in Portland.

Described as a "collaborative framework for creating and preserving housing affordability as the Portland metropolitan region grows," the report was created through an extensive stakeholder engagement and research process from May to December 2015, in partnership with the Oregon Opportunity Network.

The report defines equitable housing as "diverse, quality, physically accessible, affordable housing choices with access to opportunities, services and amenities," a definition it says is meant "to encompass a wide range of homeownership and rental choices."

To that end, the report presents a four-part strategic framework, built on examples from Oregon and around the country, with a consistent theme of cooperative approaches that have governments, builders, lenders and nonprofits all playing a part.

The report discusses a range of actions to make it easier to build in the places people want to live and where they have access to jobs, stores and other daily destinations. For instance, the report discusses changing zoning and building codes and streamlining permitting processes that can make it hard to build housing where it's most in-demand, particularly middle-density housing like duplexes and small apartment complexes, sometimes called a "missing middle" of both density and affordability.

Inclusionary zoning – in which a local government requires builders to include housing that costs less than the market rate in a development – is a long-held goal of many housing advocates in Oregon, one of only two states where the practice is banned. The Oregon legislature could take action on the ban this year as one of several potential affordable housing bills in the February legislative session.

But the report points out that even if the ban isn't repealed, many of the goals of inclusionary zoning can be achieved through incentives for developers. Yet such voluntary approaches are often underutilized.

There are a few examples from the Northwest. In Seattle, a property tax exemption for apartment and condo developers who keep 20 percent of units affordable has created nearly 2,000 affordable units in the city, with a full 40 percent of eligible projects participating in the program. Portland has a similar program, which the city is recently reworked to encourage more participation by builders.

But the report suggests going further – not only to find more funding, but to bring together public, private and nonprofit resources to target investments in high-need areas and pursue innovative approaches to turning dollars into housing more quickly.

Helping people stay in their homes, even as their neighborhoods attract new investment and get more expensive, is a key goal for policymakers and advocates across the Portland region. The report discusses a variety of tools that could help, including financial assistance for residents, renter protections against evictions and nonprofit community land trusts that would purchase land and housing to keep prices down for buyers that meet certain qualifications. It emphasizes that all of these strategies depend on close collaboration with communities feeling the brunt of displacement pressures.

After the Feb. 1 housing summit, Metro's Equitable Housing Initiative will continue in a technical assistance role to help local governments pursue strategies that make sense for their communities.

“We hope the report will provide a framework for driving a regional conversation about local and regional solutions commensurate with the scale of the challenge,” said Equitable Housing Initiative project manager Emily Lieb. “Across our region, we see local jurisdictions all struggling with similar challenges. We know there’s no one-size-fits-all approach, but Metro can play a role in bringing people together to share information about what works and to explore opportunities for collaboration.” 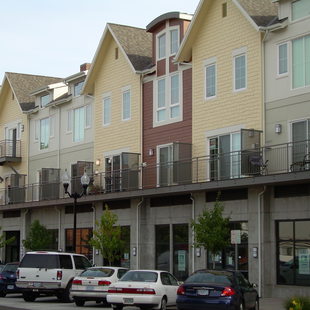 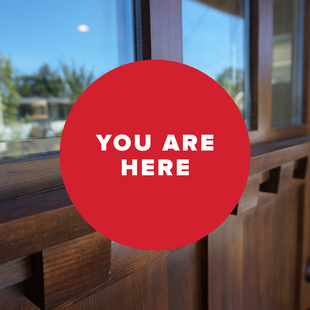 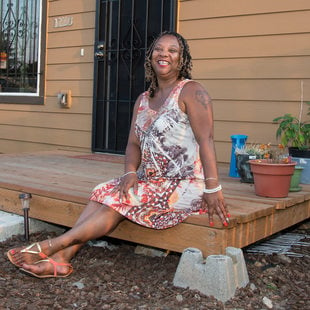