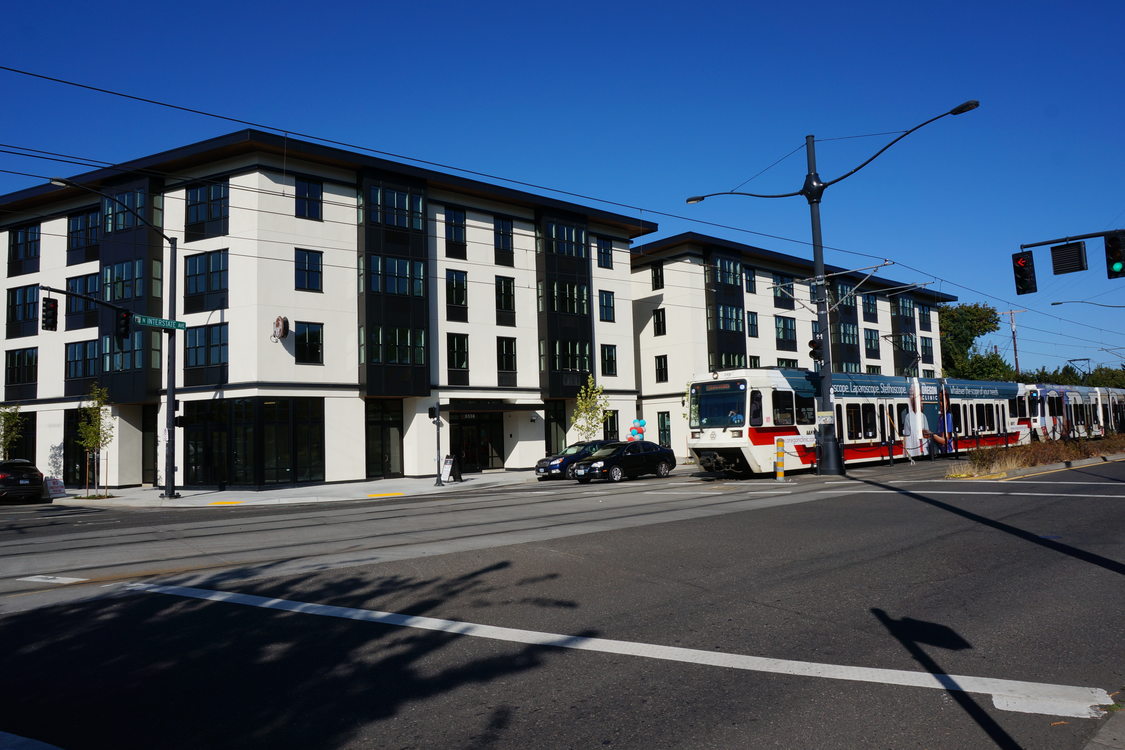 Kenton's new apartment building, Northwood, where downtown Portland, not to mention the rest of the region, is within easy reach on the MAX. 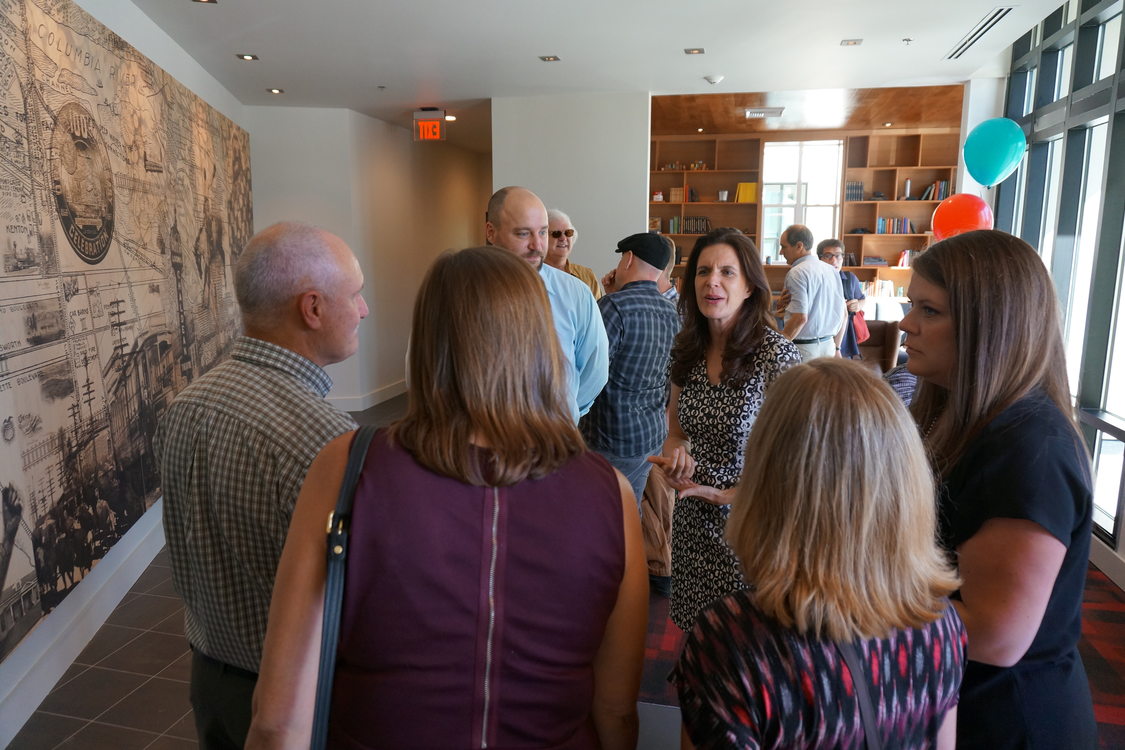 Northwood co-developer Mary Hanlon greeting possible future tenants at the Northwood opening. "It was important all along that this project be about creating housing that supports rather than competes with the neighborhood"

Developer Mary Hanlon greeting guests at Northwood's August opening. "It was important all along that this project be about creating housing that supports rather than competes with the neighborhood."

The building, seen here in miniature, had to fit an usual parcel of land once occupied by two motels along North Interstate Avenue.

The bells and rattle of the MAX Yellow Line, just 30 feet from the front door, could barely be heard above the live jazz and lively conversations as a crowd gathered on Thursday afternoon to celebrate the opening of the Northwood apartment building in North Portland’s Kenton neighborhood.

Northwood, which developers Mary Hanlon and Jim Meyer began planning 10 years ago, is now the most recent example of Metro’s Transit-Oriented Development program, which supports development  with easy access to transit.

Northwood will offer 57 market-rate units, ranging from studios to two-bedroom units, as well as three work/live spaces. The ground floor, besides containing common areas, a garden, off-street parking and bike storage, will be reserved for retail space along the cross-streets of North Interstate and Fenwick Avenues.

As people move to the Kenton neighborhood, and future commercial units draw customers from around town, the boost to transit ridership is expected to be around 17,000 trips annually, along with a helpful uptick in fare revenue to go with it – approximately $890,000 over 30 years.

Metro's investment in Northwood, $350,000 in installments totaling just 3.8 percent of the project’s more than $9 million budget, were integral to the development of the project, said co-developer Jim Meyer. “Metro was a great partner on this project – and totally committed to seeing it through. The TOD grant, because it could be used as equity during development, was a very important piece for us," Meyer said.

“The recession put a lot of our work on hold,” Meyer said of the long road to Northwood’s completion. “But Mary just had this vision for the property.”

“We love Kenton, I’m from Portland and my background is in economic development, so it was important all along that this project be about creating housing that supports rather than competes with the neighborhood,” Hanlon said between thanking and welcoming a number of contractors, architects, designers and prospective tenants. “From the beginning, the Kenton Neighborhood Association and Business Association have both been so supportive of this project, and we worked from the beginning to fit it into the neighborhood.”

For Northwood, that interaction with the neighborhood meant working to incorporate a host of local elements into the building, as well as working within Kenton’s historic district design guidelines.

Two businesses within a five-minute walk of the building contributed architectural elements. Figureplant, a fabrication and design studio, created a mural for the lobby and custom neon signage for the exterior, while Salvage Works built rustic furniture for the building’s common areas. Even the carpet plays a part in Northwood's neighborhood approach: its faintly buffalo plaid design is a nod to Kenton’s famous Paul Bunyan statue.

The historic district guidelines, as well as the peculiar shape of the building’s lot, previously occupied by two motels, presented hurdles for SERA Architects and its lead designer on the project, Gauri Rajbaidya. “It was a welcome challenge for sure,” Rajbaidya said during the celebration, “For me, density is important in my design, and the unusual shape of the lot prompted us to use a number of different floorplans throughout the building – 14 in total.” Kurt Schultz was the principal in charge for SERA.

For the historic design guidelines, a number of elements of the building were designed to fit within the context of the neighborhood’s distinct character. The restricted height of the building keeps it from dominating the horizon, while inset windows and a distinct cornice around the top edge of the buildings give Northwood a classic feel.

The design, location and access to transit are drawing attention already, with 12 of the units already leased and more expected to be claimed by the end of the month, according to Greg Knakal of Princeton Property Management.

“We’re getting a lot of interest from other parts of Portland, from out of state, people who want the amenities of living downtown but without the bustle and noise," Knakal said.

Note: An earlier version of this story used an incorrect title for the lead designer from SERA Architects. This version has been corrected. 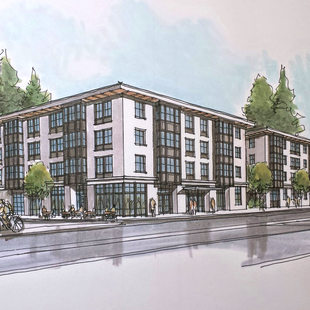