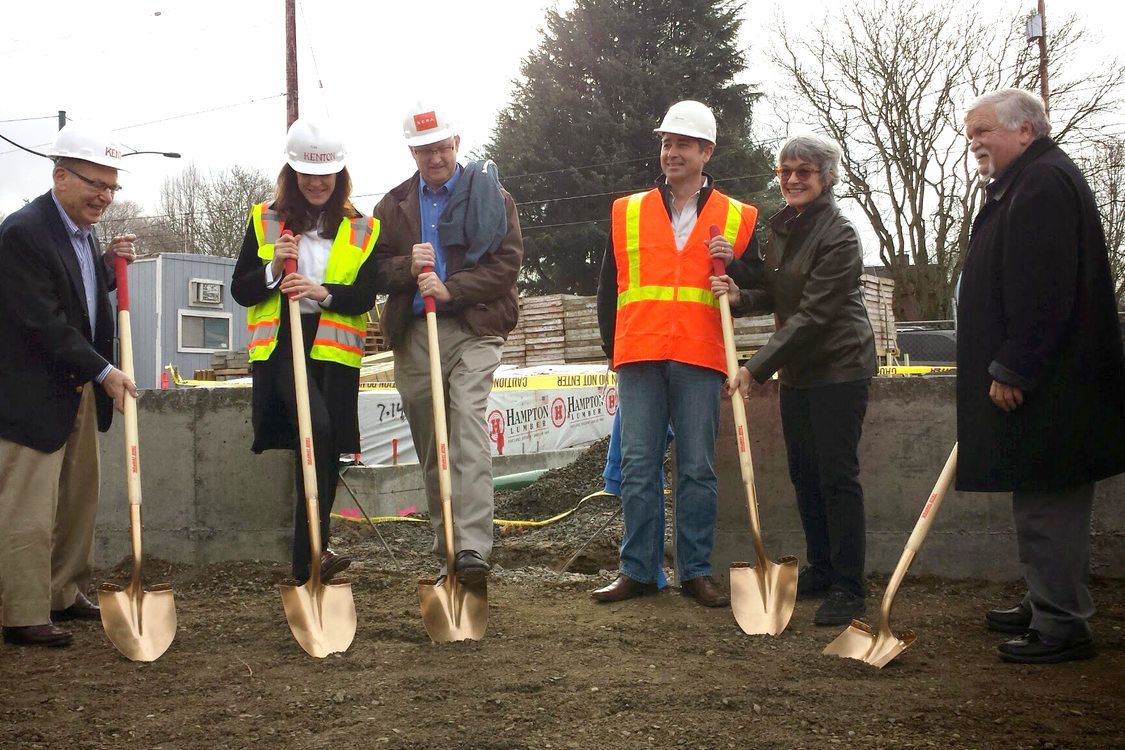 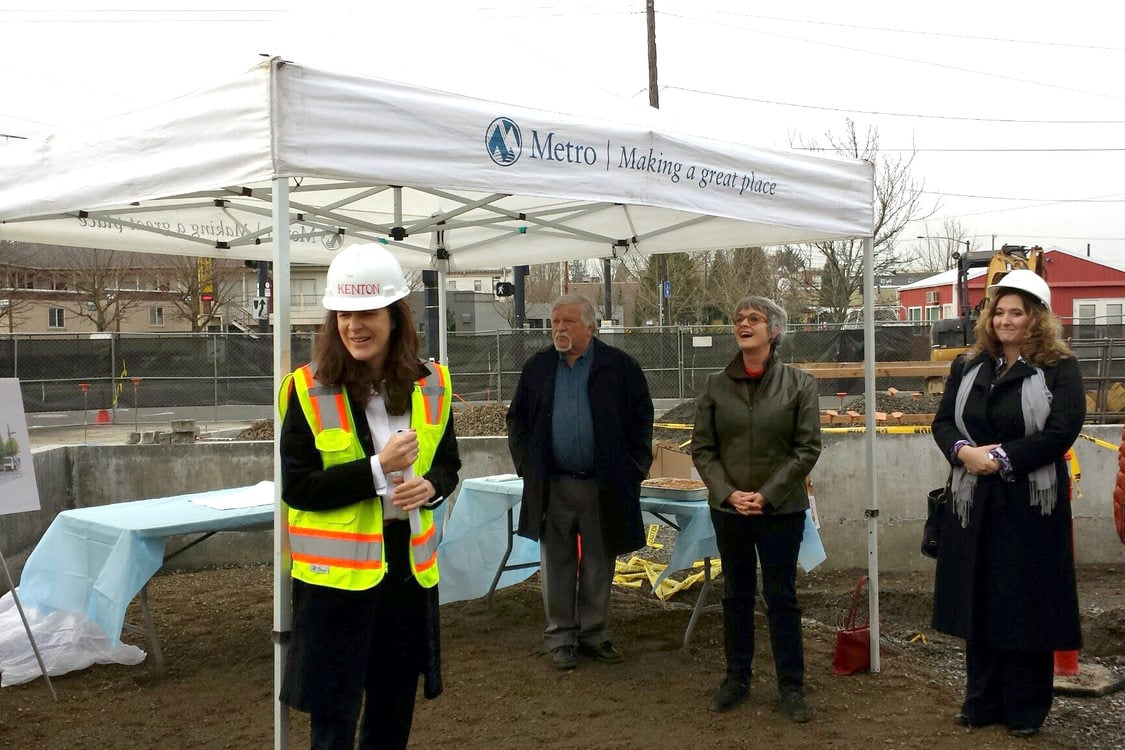 Developer Mary Hanlon thanks the partners that made the project happen 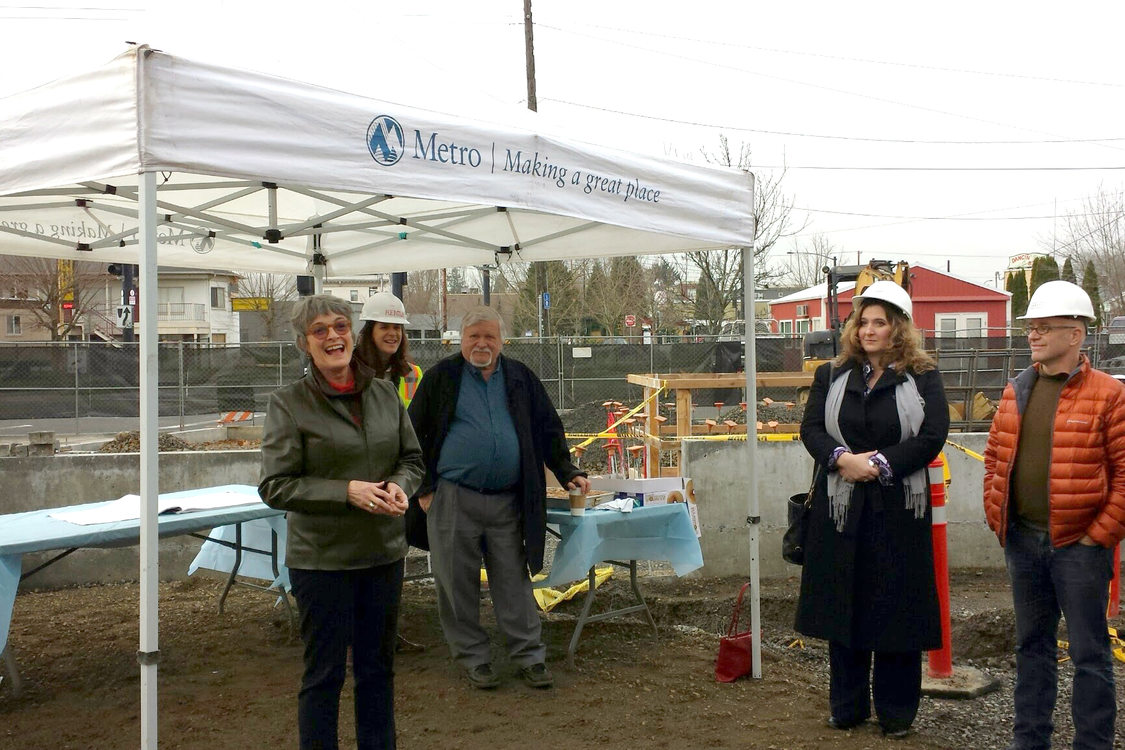 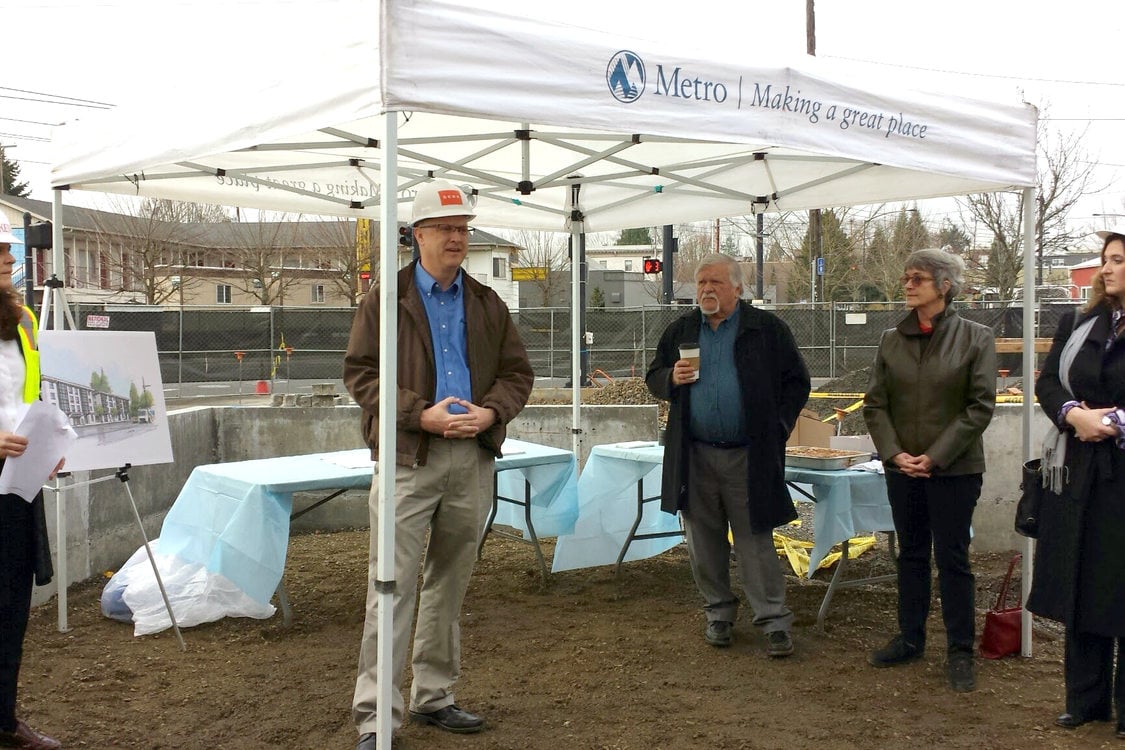 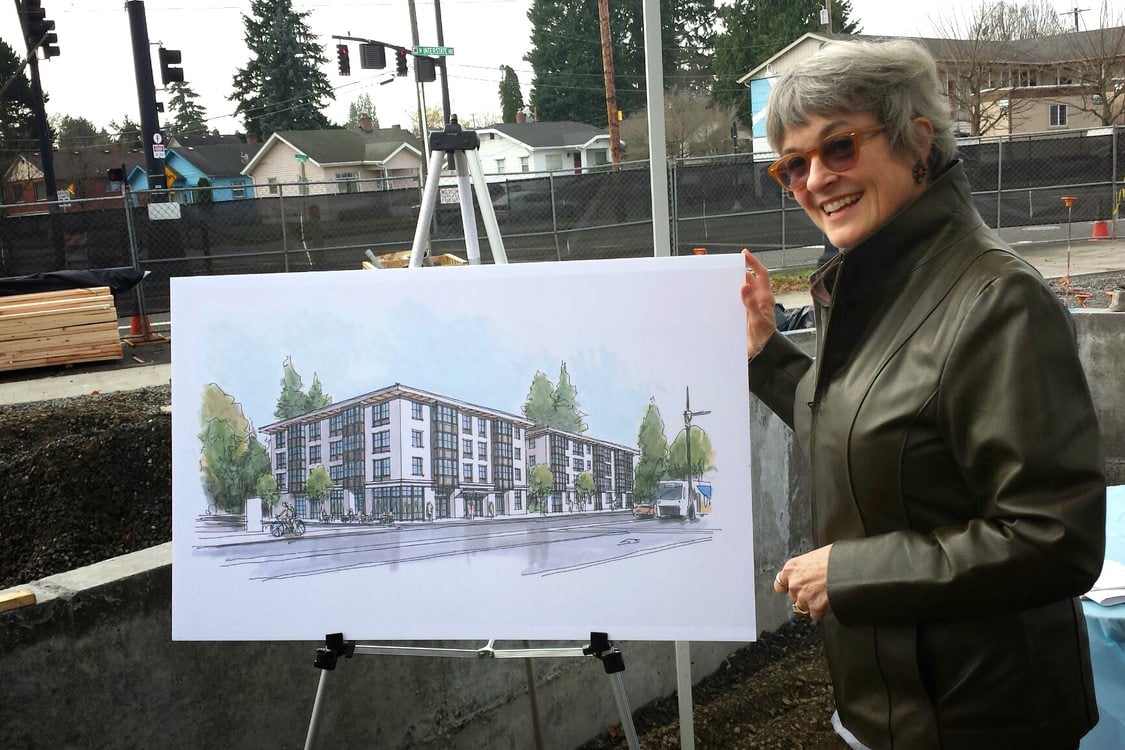 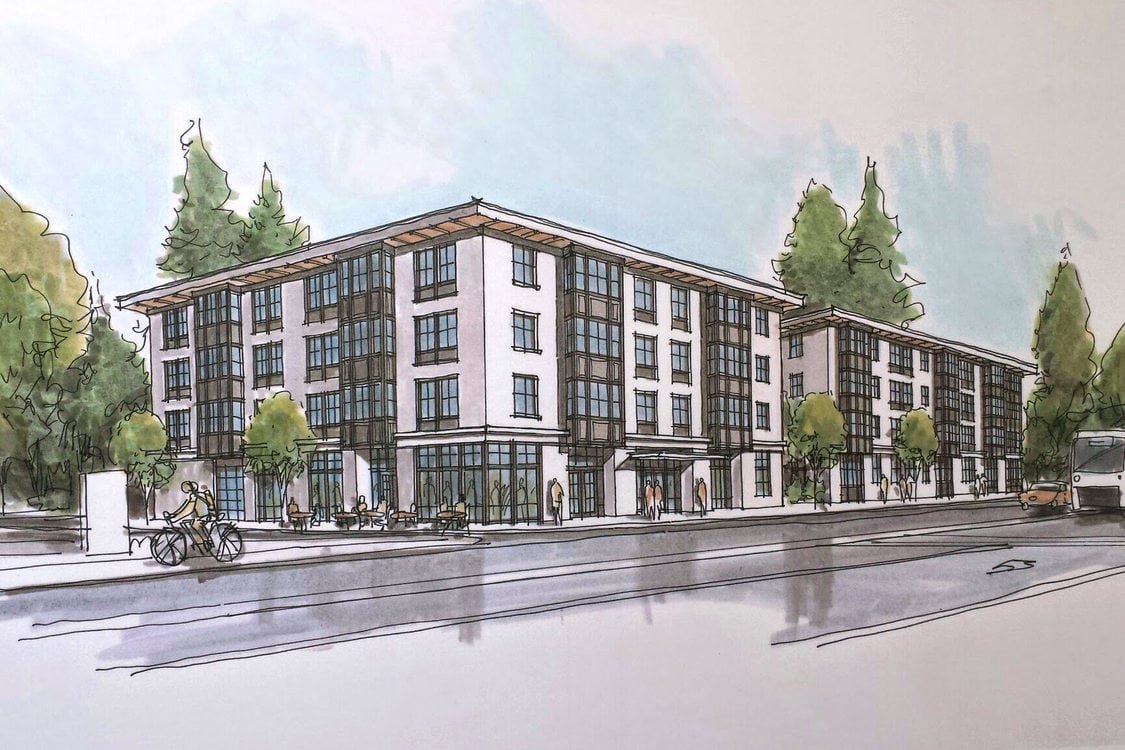 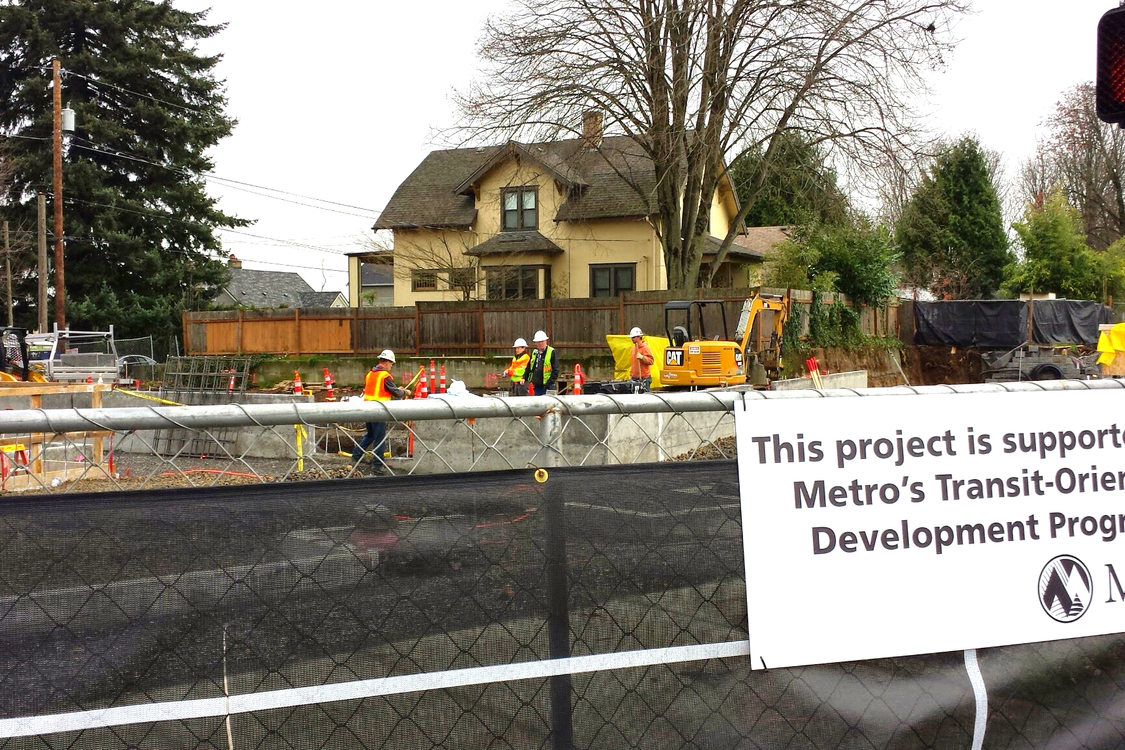 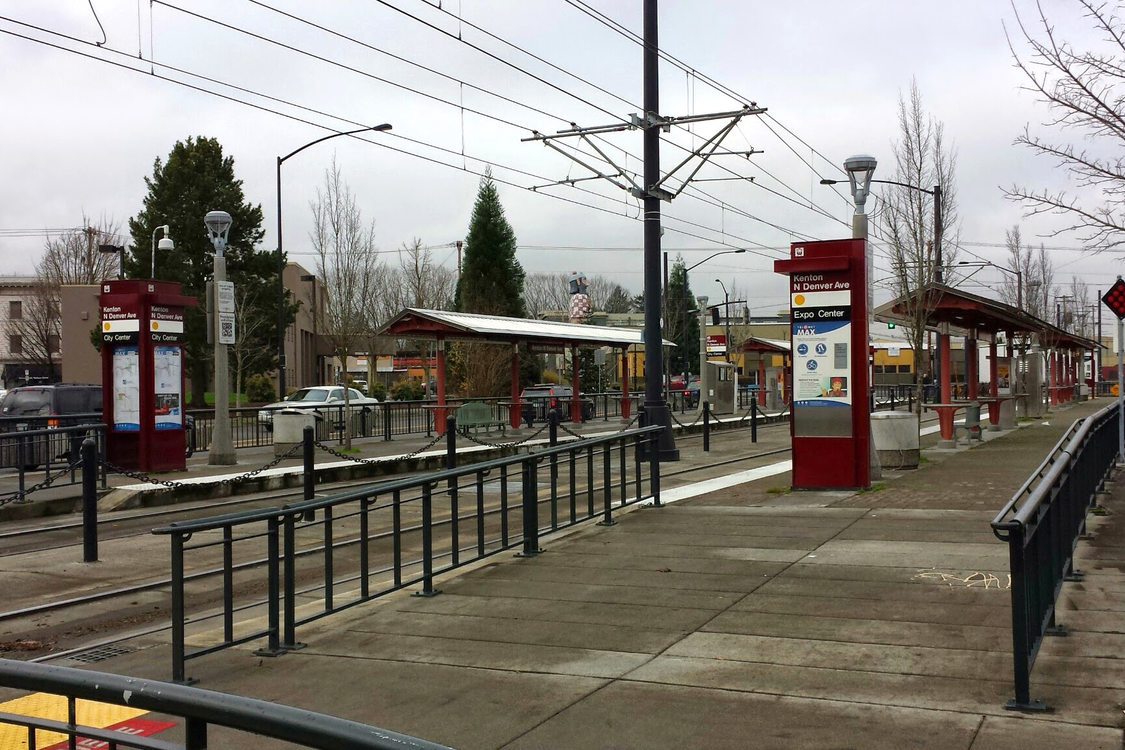 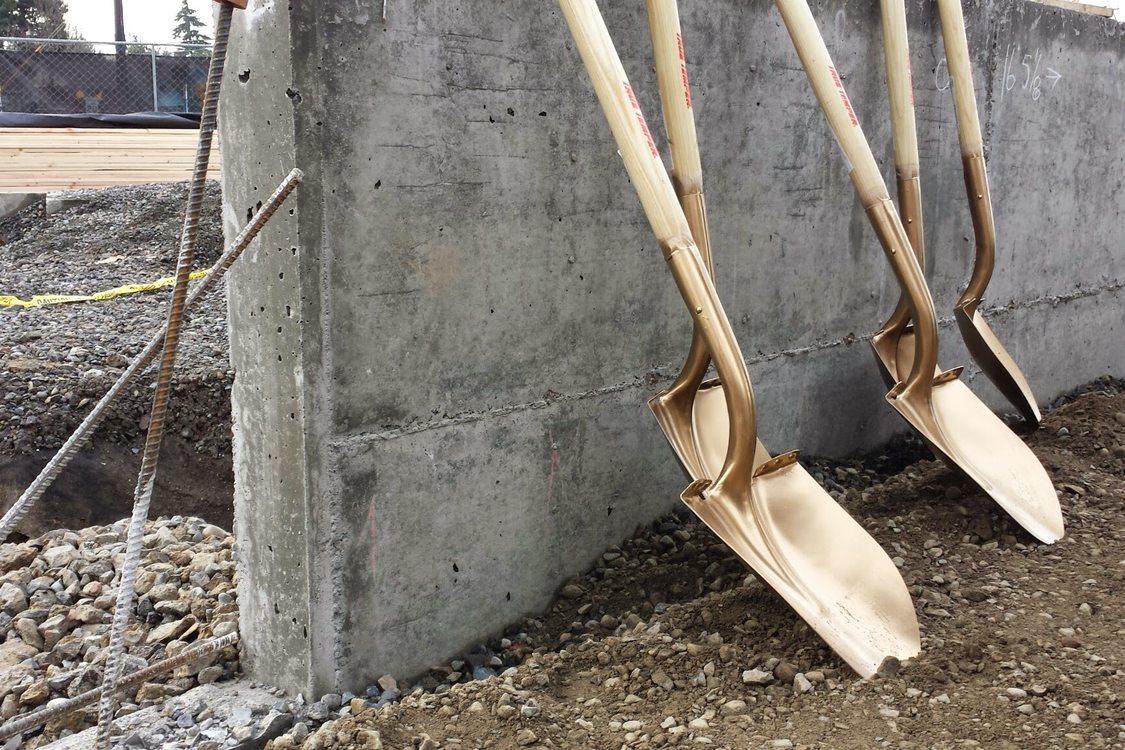 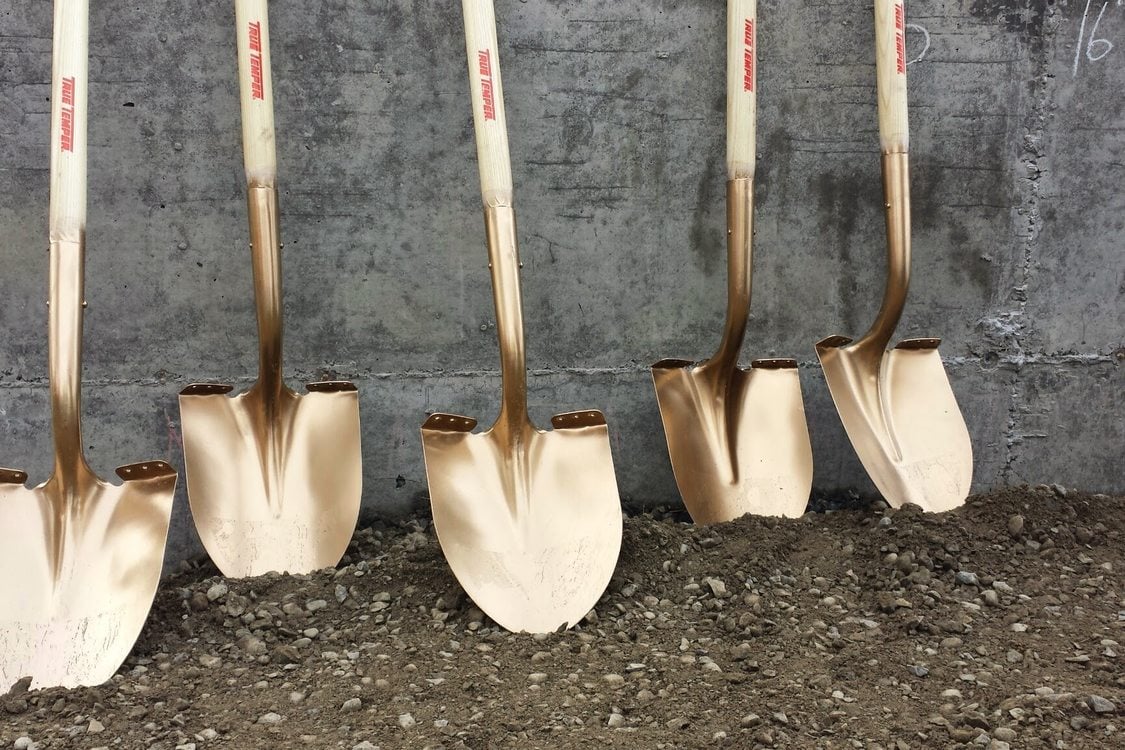 For developers Mary Hanlon and Jim Meyer, who purchased the land 10 years ago but were unable to move forward with development during the recession, the groundbreaking is a celebration of the partnerships that helped move the project forward.

The planned four-story mixed-use building, tentatively dubbed The Kenton, will be home to 57 studio, one- and two-bedroom apartments, and a ground floor restaurant space.

“This neighborhood really lacks rental units,” said Megan Watts, member of the Kenton Neighborhood Association. “So the fact of the matter is it’s nice to have some apartments in the neighborhood. Especially of quality.”

“And there’s density for the business district, so you have more support of that, and that’s a huge deal,” said Watts.

The corner property sits just 300 feet from the Kenton MAX station, and is within a four-block radius of 64 small businesses, Hanlon said.

The TOD design elements of The Kenton, including more apartments and a mixed-use building design, are projected to generate 17,000 additional transit trips annually, producing about $840,000 in fare revenues over 30 years.

The TOD funds granted to the project total $350,000, just 3.8 percent of the more than $9 million total project budget.

In addition to TOD design elements the property sits within the Kenton Conservation District and the Denver Street Historic District, which each hold their own requirements for design of new development.

“We went through a historic design review which is great,” said Kurt Schultz of SERA Architects. “We’ve really been working hard to make sure that the project fits within the neighborhood, the way it expresses what Kenton is all about. It is not a cookie cutter design.”

“The North Portland boom is happening,” said Bryan Suereth, Executive Director of Disjecta, a local contemporary art center that calls Kenton home. “I think this development is an example of that but a very good example, where if this sets the precedent we’re in good hands.”

“We can keep our neighborhood charm, we can keep the character that we love, and still build and bring new people in, and put new people to work; over 100 jobs just because of this project,” Collette said.