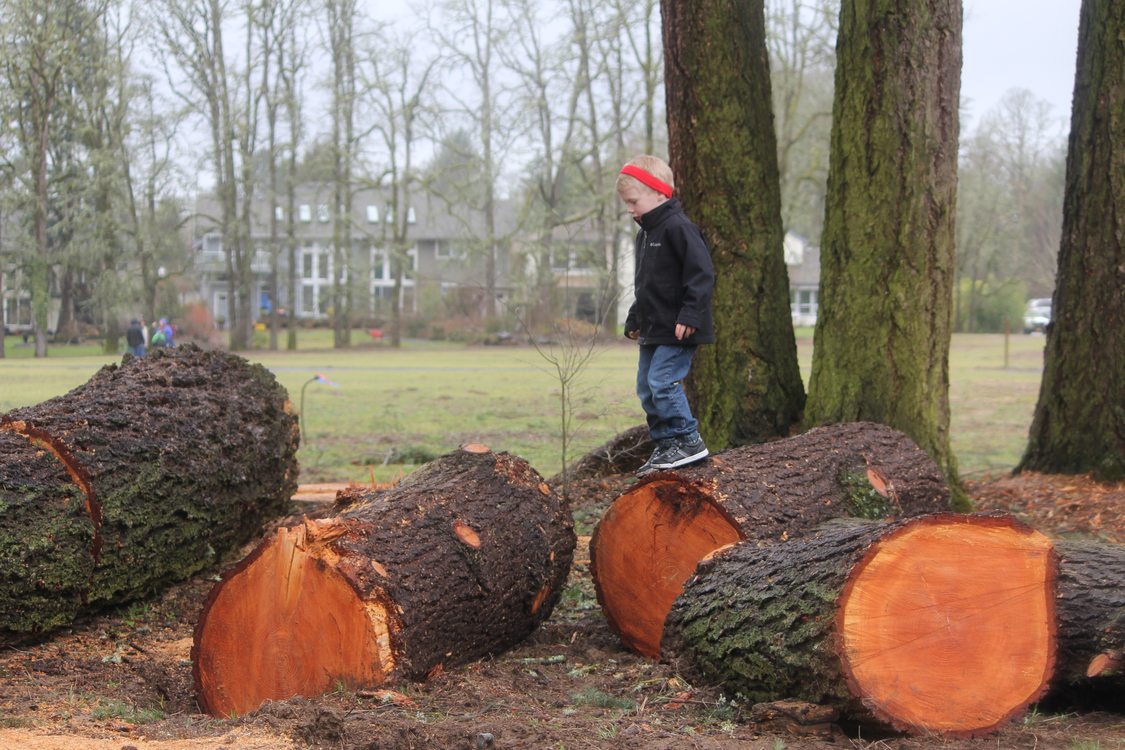 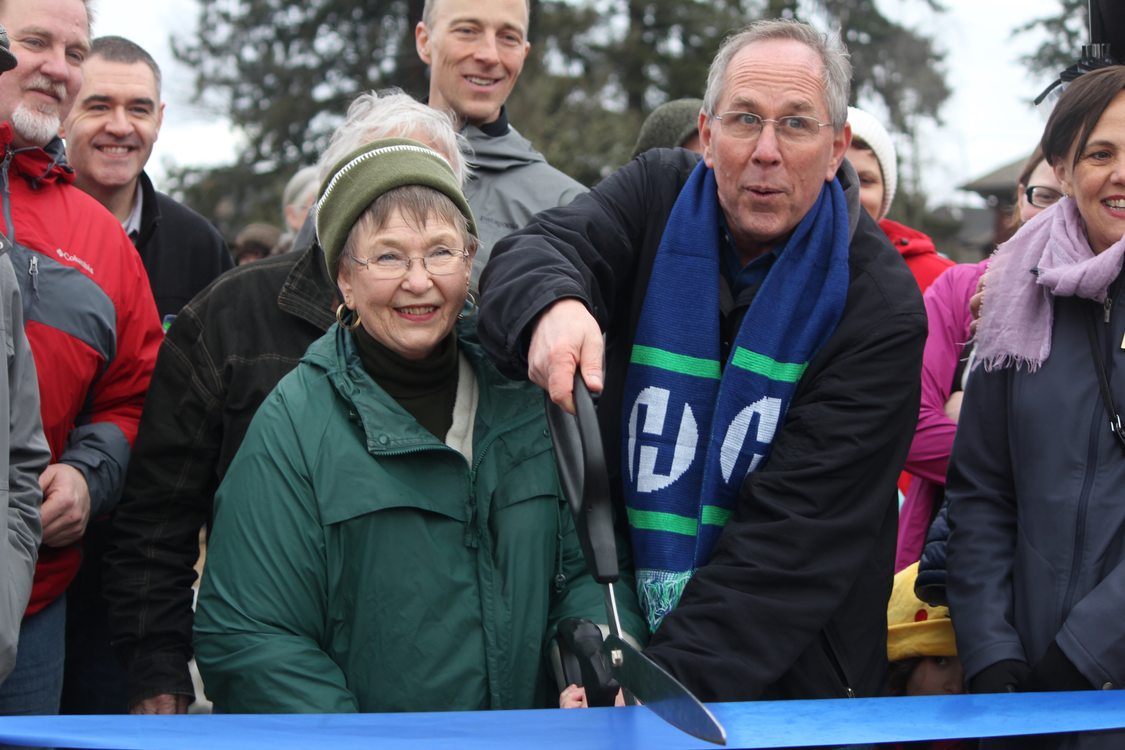 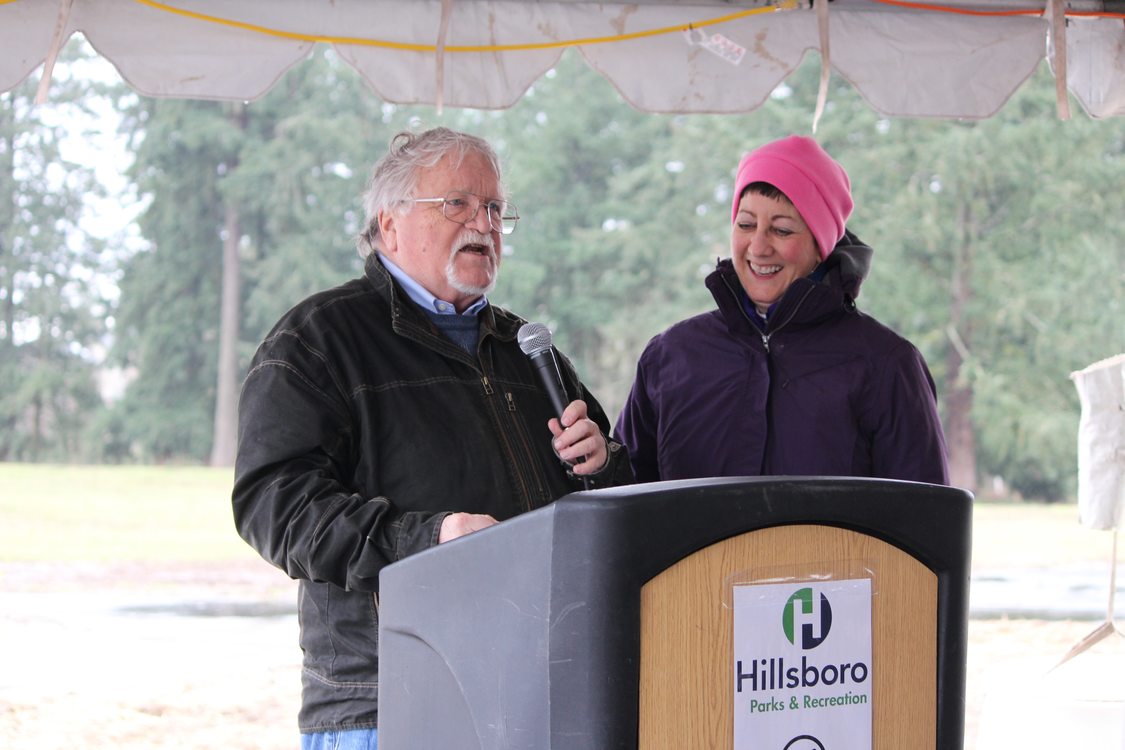 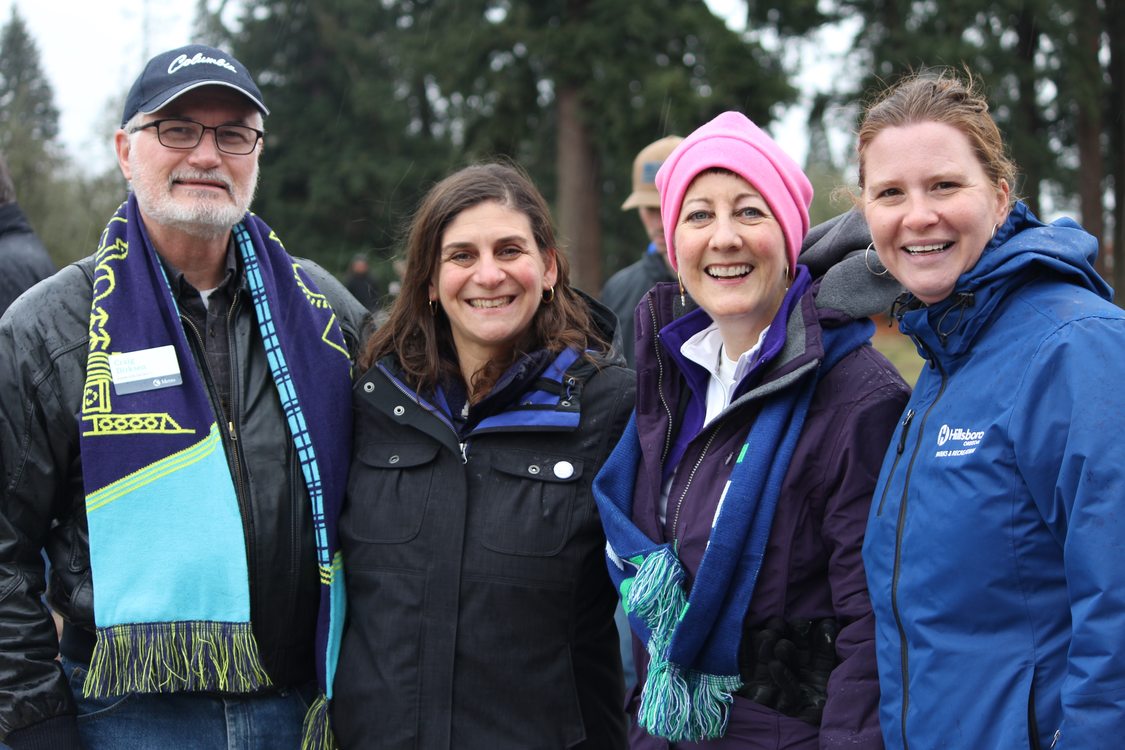 Community leaders gathered to celebrate the grand opening of the park. 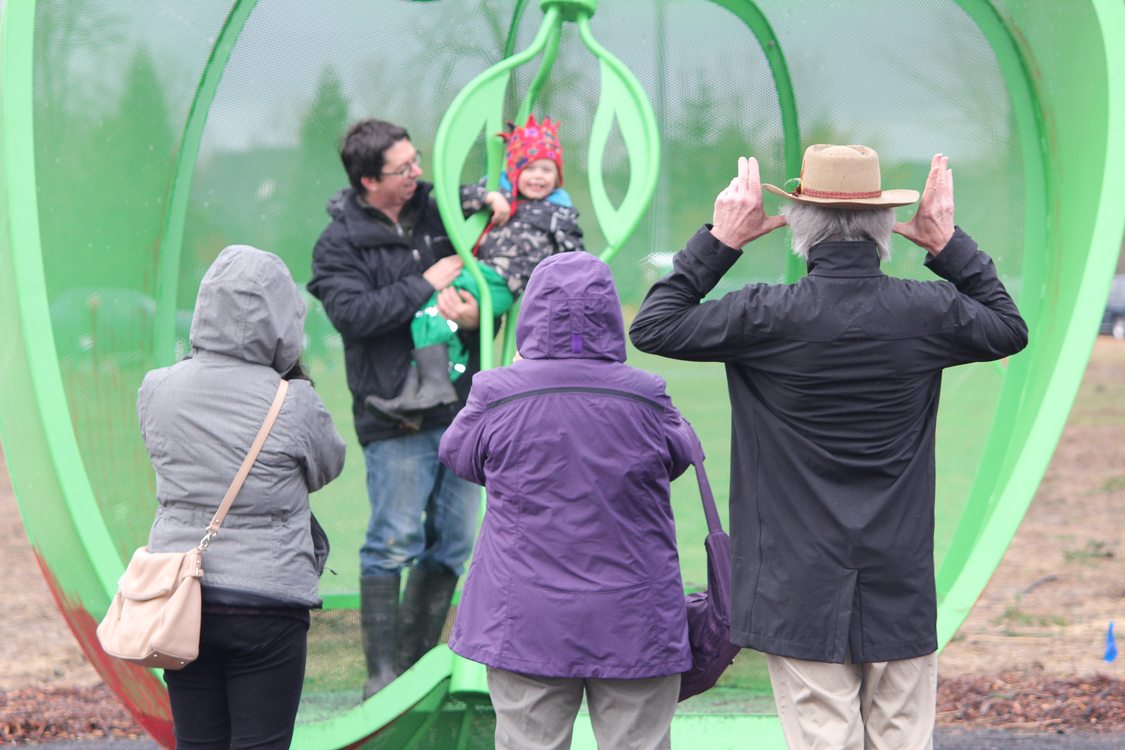 Visitors enjoy one of two sculptures dedicated to the Orenco apple, Orenco Nursery's largest and most popular product. 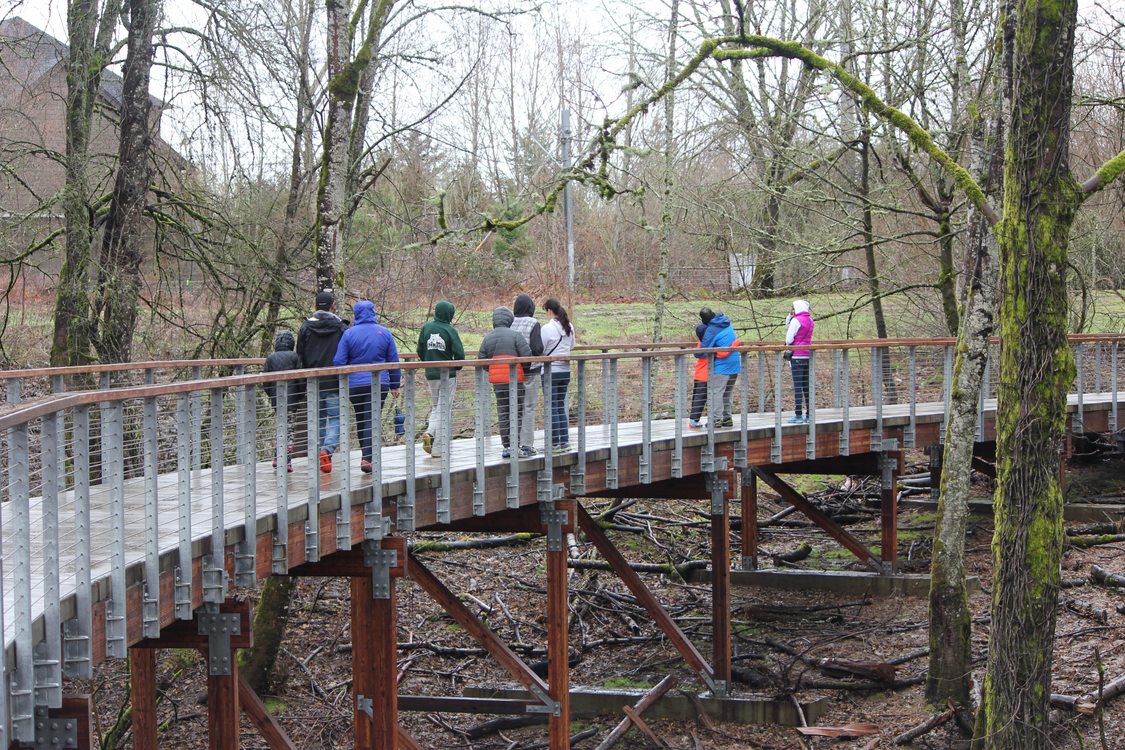 “The turnout was amazing, but not surprising because people love Orenco, and they’re so excited for this park,” said Hillsboro Mayor Steve Callaway. “During the speeches, you saw people already walking the trails, so they understand the most important thing is getting out and being active.”

After the nursery closed in 1927, the land eventually became a nine-hole golf course once owned by the Hillsboro Elks Lodge. Developers in 2006 planned to turn the area into a large housing development, but plans came to a halt when the recession hit in the following years. Orenco community members then told city officials that they wanted to see the open space turned into a park.

The park features a number of trails and viewpoints, picnic tables and play areas. Visitors will also be able to walk past by the historic Malcolm McDonald House, a 1912 Craftsman-style house named after the co-founder of Oregon Nursery Company. The house, owned by the city, is not currently open.

Visitors can see several remnants from the site’s history, including repurposed sequoia trees that now serve as benches, and two tulip poplar trees from the original Orenco nursery.

“As we walked the trail, people mentioned to me how excited they are to have this park in their community,” Harrington said. “There’s so much here for them to enjoy.”

Art is another important element in the park. As part of an effort to promote the arts in the park, the City of Hillsboro installed the first of two sculptures that pays tribute to the Orenco apple, the nursery’s signature product. Visitors have the chance to check out the bright green apple sculpture by sitting inside of it.

Though the creation of the park was a collaboration between Metro and Hillsboro, Hillsboro Parks & Recreation will provide day-to-day management.

“We couldn’t have had a better partner than the City of Hillsboro quite frankly,” said Metro Council President Tom Hughes, who previously served as Hillsboro mayor. “We worked through a lot of knotty details and came up with this beautiful experience that we have here today.”

9 wildflowers to find this spring

At Latino Network, a nonprofit dedicated to empowering and transforming the lives of Latinos, Rolon-Rivas is responsible for mentoring and guiding youths. Using his love and knowledge of nature, Rolon-Rivas hopes to inspire kids to venture outdoors and learn more about their surroundings.
Related stories
Construction begins on Orenco Woods Nature Park 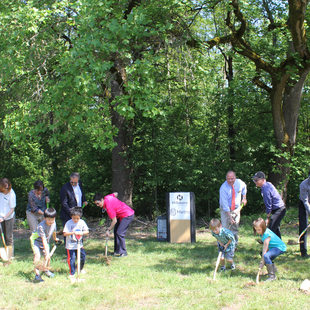