Currently, an informative sign marks the history of Lone Fir Cemetery's Block 14. A cultural heritage and healing garden is planned for the site, which was once the Chinese section of the cemetery.

As part of its work to create a cultural heritage and healing garden at what was formerly the Chinese section of Lone Fir Cemetery, Metro hired a research firm to better understand the site’s history. This November, Metro held three information sessions designed to share the research findings with the Chinese American community – and to gather ideas about how to move forward in the project.

“I really appreciate everyone who attended a session and provided feedback,” said regional planner Karen Vitkay, who is managing the project. “Especially given how traumatic some of the findings were, it speaks volumes that some community members came back to attend multiple information sessions so that they could keep discussing the project and its history.”

Lone Fir Cemetery is divided into numbered sections called “blocks.” The area that once held the Chinese cemetery is designated Block 14 and is located at the corner of SE 20th Ave. and SE Morrison St. New research has disproven some long-held beliefs about the block. Some of the findings shared at the information sessions include:

Metro held three information sessions to share this information with members of the Chinese American community. Held on November 15, 17, and 19, information was presented by both Metro Parks and Nature staff and by Knot, the design firm contracted by Metro to design and create the cultural heritage and healing garden. Metro Councilor Duncan Hwang also attended two of the sessions. More than 25 community members attended at least one of the sessions.

Attendees had many questions and recommendations for Metro and Knot. Several participants recommended that the final project include culturally significant trees and other plantings. Additionally, there were many requests for allowing the community to practice customary rituals for honoring the dead, such as burning incense and leaving offerings. Many participants expressed pain at the erasure of their history – as well as a desire to have that history shared in this memorial project.

“The way we can honor our ancestors is by telling their stories,” said one participant. “We came here with a lot of ingenuity and contributed to Oregon history. We need to acknowledge that history and celebrate what we have become.”

The collected feedback will help inform the final design of the project. Metro staff are also interviewing people with lived experience of mental illness and advocates for the mentally ill to get a sense of how to honor the OHI patients buried at the cemetery.

If you have feedback to provide on the project, you can provide it via email to [email protected].

After the information sessions, Metro is conducting research at the site to better inform where building could take place. Additionally, Metro is working with the CCBA to access its burial records, which could provide more insight into who was buried in this section of the cemetery.

You can follow the progress of this project at www.oregonmetro.gov/lonefirgarden. 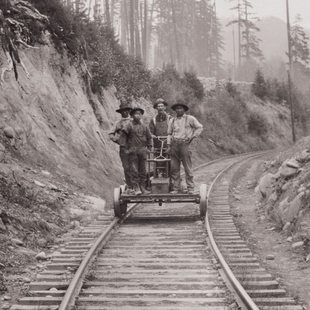 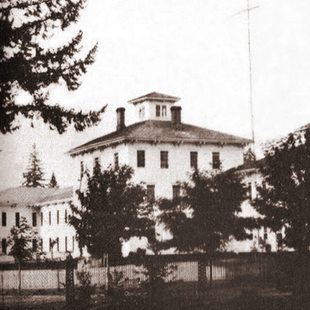 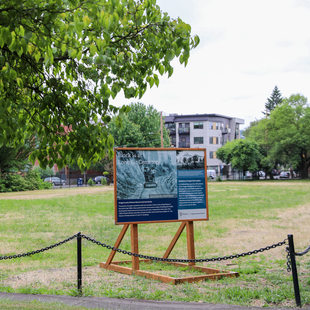