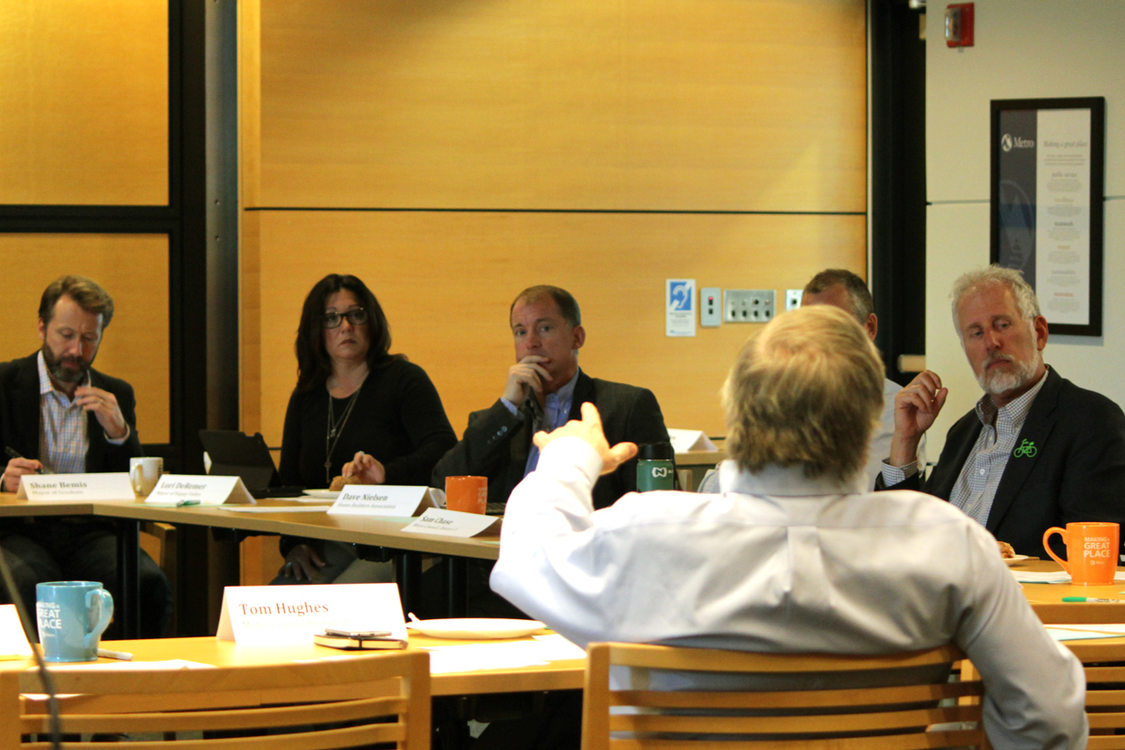 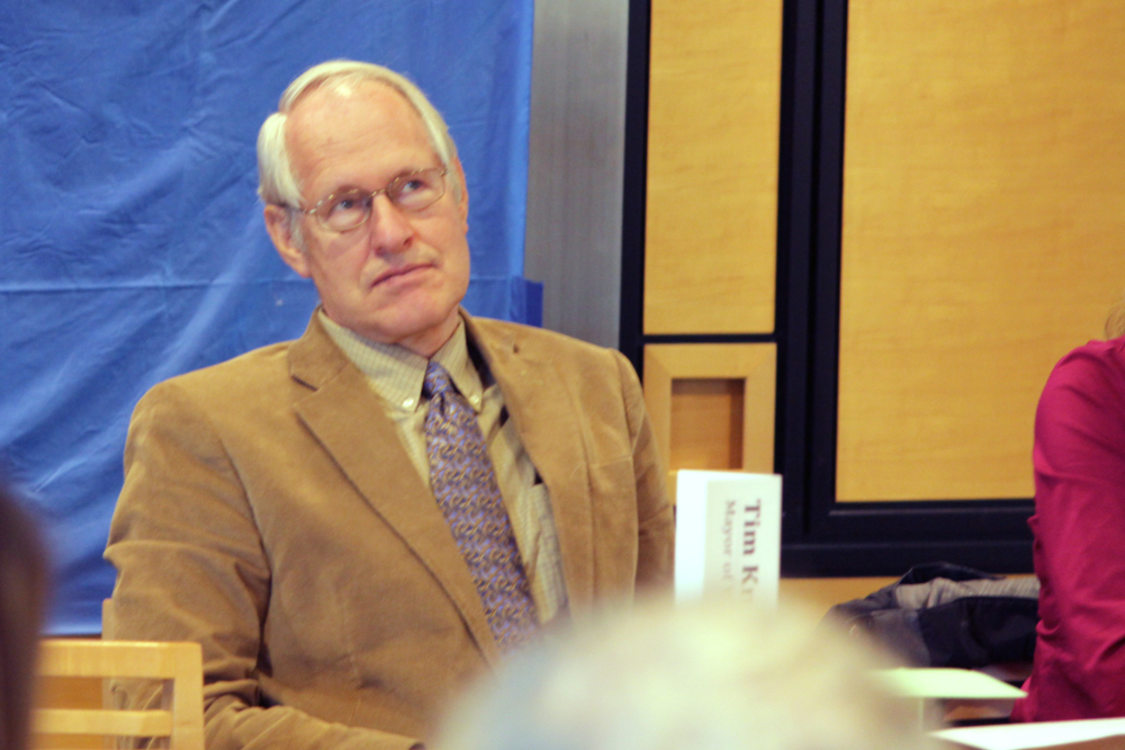 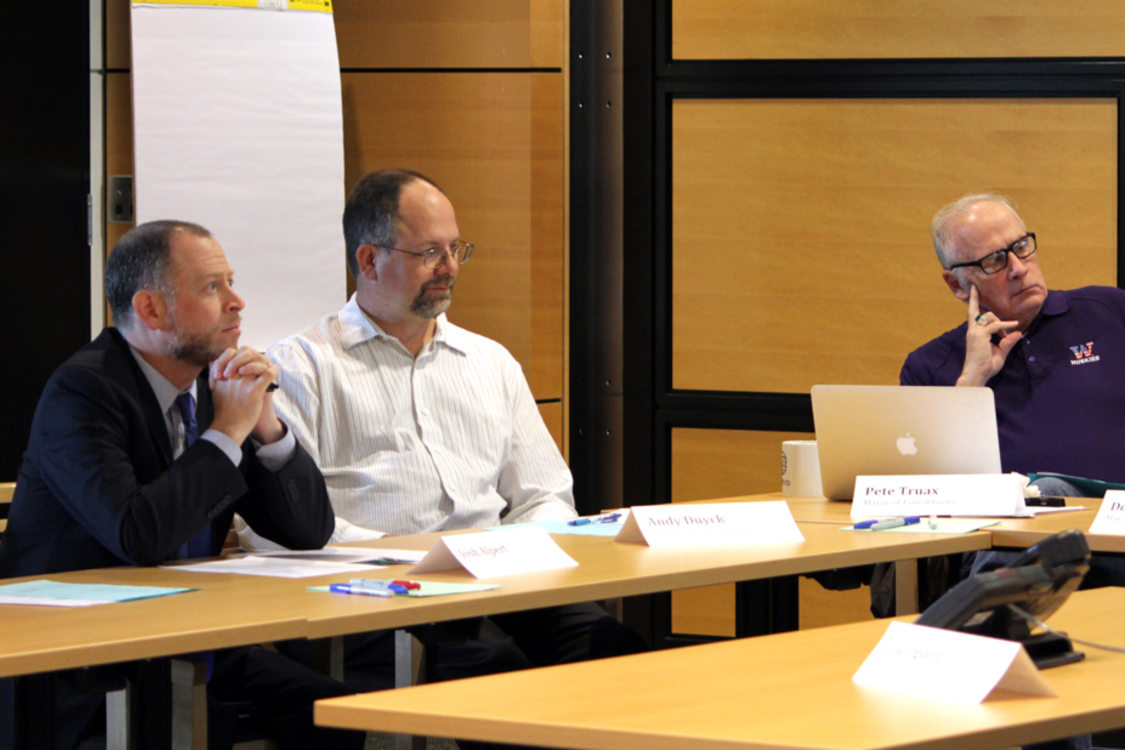 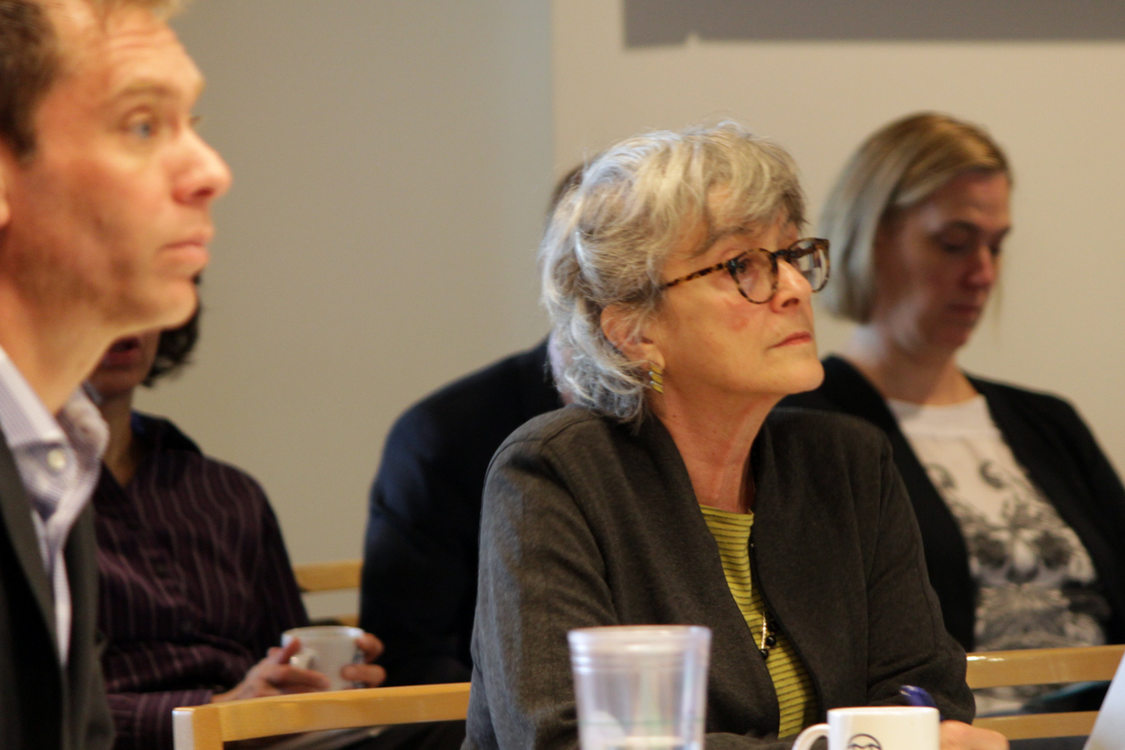 Metro Councilor Carlotta Collette listens to conversation at the May 20, 2016 meeting of the greater Portland urban growth task force. 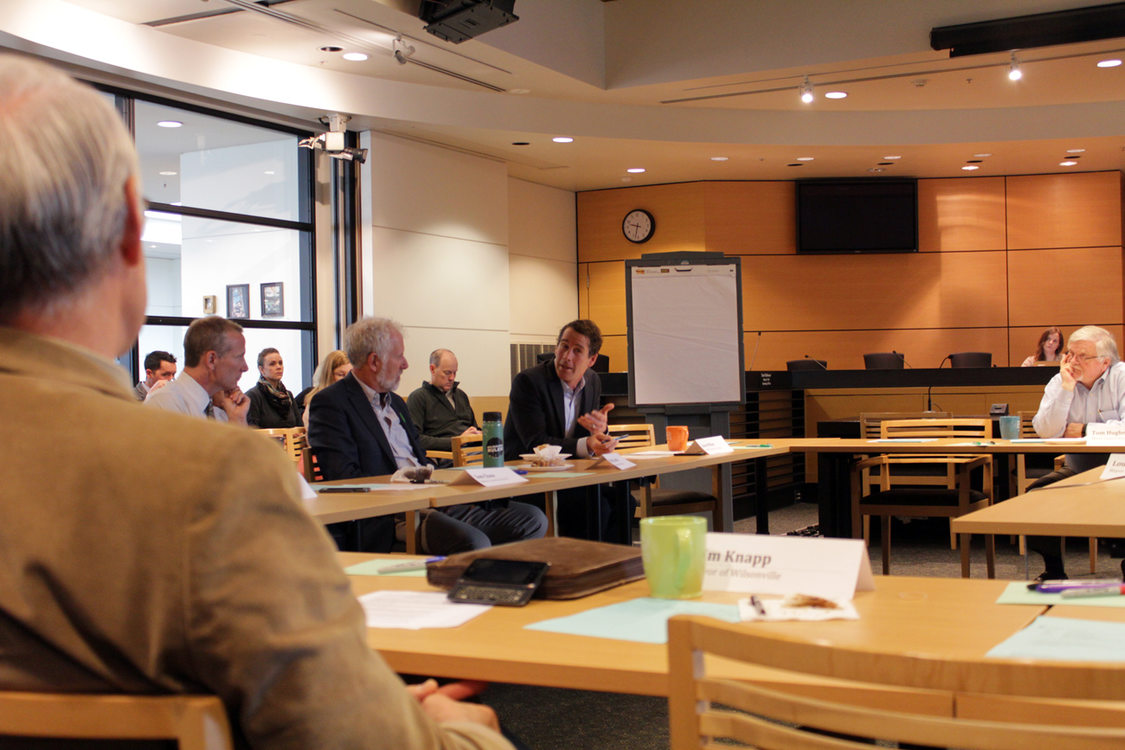 Greater Portland's land supply rules have a clear baseline: Metro has to keep enough land inside its urban growth boundary for 20 years of development.

That means if the UGB weren't expanded at all, the region would still have enough room within the boundary for new development through 2036 and counting.

But land supply on paper and land supply in reality aren't necessarily the same thing. Pipes, roads and schools are expensive, and getting harder to pay for by the day as the federal government backs off funding infrastructure.

Some places have had trouble establishing governance for areas brought into the UGB. Voters for Damascus, the poster child for reforms to Metro's land use rules, recently voted to disband the city entirely.

All in all, Metro has brought 42 square miles into the urban growth boundary since 1998, but fewer than 6,000 homes have been built in those areas.

Meanwhile, an area near Wilsonville that seems ready for urban development sits idle, outside the urban growth boundary and inside the proposed 26,000-acre urban reserve.

Several Metro councilors have said they'd like to add that 300-acre area, dubbed the Advance Road area, to the UGB. It would help support business in the Wilsonville Town Center, they say, and it could add housing inventory to greater Portland relatively quickly.

The problem is: That's illegal. Unless there is a need for land in the 20-year horizon – and it can be demonstrated through rigorous analysis of population forecasts and economic data – Metro can't make a modest adjustment to the UGB like the one some councilors might like in Wilsonville.

Seeking consensus to ask the Legislature to add more flexibility to the rules, Metro Council President Tom Hughes convened an urban growth task force on Friday, the first of five planned meetings to try and reach an agreement on how to move forward.

"Where could we make tweaks to the system that would allow us to make good planning judgments?" Hughes asked the task force Friday in his opening remarks.

Several of the mayors at the table were interested in doing more than just tweaking the system, though. Wilsonville Mayor Tim Knapp pushed for the discussion to be broader, and include discussions about how housing types, locations and income levels are not being appropriately coordinated in conjunction with regional transportation planning.

Sherwood Mayor Krisanna Clark said the region's transportation problems have gotten so bad that residents in her city can't have an appropriate work-life balance.

"I'm here because I would like to see an offering of work-life balance in the city of Sherwood, and in Washington County," she said.

The state "is treating this entire Metro region the same way it's treating Burns, where you can walk across the town in 20 minutes," Gamba said. "We have to be able to regionally plan and determine how our cities are going to function if we're going to create climate smart communities."

Hughes, a former Hillsboro mayor, said he understood the mayors have issues with the land use system. But, he said, the cities and the region don't necessarily have the same perspective.

"Since I've been here (at Metro), I recognize the fact that there is a different perspective from here, and part of that different perspective is that we have to see the land use system from a regional perspective," Hughes said. "As I have elevated my eyesight away from a single city and toward the rest of the region, part of what makes this region good is we do have that regional approach."

Tualatin Mayor Lou Ogden and Clackamas County Chair John Ludlow, who both were appointed to the committee, did not attend Friday's meeting. Portland Mayor Charlie Hales sent his chief of staff, Josh Alpert.

The group is scheduled to meet monthly through September, with its next meeting scheduled for June 22.

Related stories
Where growth happens: Development in cities, delays on the edge 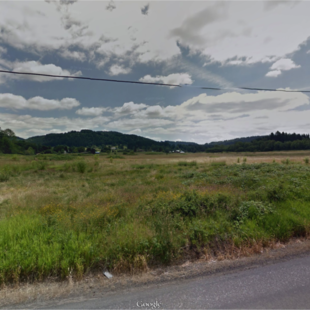 Where growth happens: Development in cities, delays on the edge