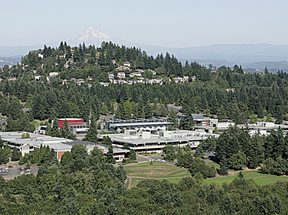 Spring decisions in Southwest: An overview

A banner in the new memo shows a bus rapid transit vehicle and station from Eugene's EmX system (left) and a more-familiar MAX light rail train.

Should the Portland region look to the southwest for its next MAX line? Or would a kind of high-capacity bus called bus rapid transit be better for connecting downtown Portland to Tigard and Bridgeport Village?

Read the memos discussed in this story.

The Southwest Corridor Plan’s steering committee will decide this spring.

A 38-page memo released Dec. 31 seeks to help with that decision.

The memo isn’t a recommendation from staff.

But it assesses a wide range of issues at play in the decision between light rail and bus rapid transit, from cost and ridership estimates to public opinion and equity. It also digs down deep into details such as how either option could link up with the rest of TriMet’s system, how frequently transit would need to run to meet demand and long-term operational costs.

Some things would be similar no matter what option is chosen, the memo says. Riders would find a similar experience and station locations, and better access to schools and job centers, for instance. Either option would also come with complementary improvements for road, bike and pedestrian projects throughout the Southwest Corridor.

And either would bring a more reliable rush-hour trip than currently wildly variable commutes on congested freeways and streets, and existing buses that get stuck in the same traffic. According to the project estimates, driving from Portland State University to Tualatin can take as little as 14 minutes in light traffic, but during rush hour drivers have to plan on the trip taking almost an hour.

The memo does list some contrasts between light rail and bus rapid transit options, however, including:

Also released last week: a technical memo analyzing options to serve Portland Community College’s Sylvania campus. PCC has been pushing for direct service to the hilltop campus, the largest in its system with roughly 14,000 students.

If the steering committee chooses bus rapid transit, the campus could be directly accessed via Capitol Highway and 49th Avenue.

But if light rail is chosen, direct service would need a tunnel beneath a residential area between Barbur Boulevard and the campus. Residents in that neighborhood have generally opposed a tunnel, which would also add more than $300 million to the overall cost of light rail in the corridor. Without a tunnel, the closest light rail would get to the campus would be a station a half-mile away at 53rd Avenue and Barbur.

Update: On April 4, Southwest Corridor staff released their recommendations that the steering committee no longer study a light rail tunnel to PCC, but focus instead on other options to improve access to campus. Learn more

The memo examines the feasibility of options for improving transit access to the campus that would avoid the impacts and costs of a light rail tunnel. These include several new bus links from Barbur Transit Center, a “bus hub” on campus, improved pedestrian connections from the 53rd Avenue station, and even an aerial tram.

The memo doesn’t include a formal recommendation from project staff, but notes that the options it presents “would each provide a lower-cost approach to improving access to the PCC Sylvania campus compared to a light rail tunnel with a station on campus, while eliminating the neighborhood impacts associated with tunnel construction.”

The steering committee – which includes two Metro councilors, elected officials from seven cities and Washington County, plus top leaders from ODOT and TriMet – will consider those options as they decide whether to keep studying a light rail tunnel to the campus.

A public comment opportunity this month will give people a chance to respond to both memos before the steering committee meets.

An online quick poll last month, seeking questions about the mode decision, attracted more than 600 people. While the poll’s findings are unscientific, 61 percent of respondents moderately or strongly preferred light rail in the Southwest Corridor, while 25 percent moderately or strongly preferred bus rapid transit. The rest were either undecided, need more information or don’t like either option.

This poll followed the Dec. 16 release of a community attitudes survey of Tigard residents conducted by their city. The survey, which is conducted every two years and uses statistically significant methods, included questions about high capacity transit. This year, the survey found nearly three-quarters of Tigard residents support high capacity transit to Tigard. Of those, about half preferred light rail, while 15 percent preferred bus rapid transit.

Note: This steering committee meeting originally planned for Feb. 29 has been postponed to May 9. This story and package has been updated.

Dozens turned out Wednesday to have their say about whether a potential new transit line should use a light rail tunnel to serve Portland Community College- Sylvania, as the Southwest Corridor Plan nears major decisions about a rapid transit line from Portland to Bridgeport Village.

Big decisions are afoot for traveling between Portland, Tigard, Tualatin and surrounding communities. Here's what local leaders are saying about them.
Related stories
Quick poll: Your questions about rapid transit decision in Portland, Tigard and Tualatin 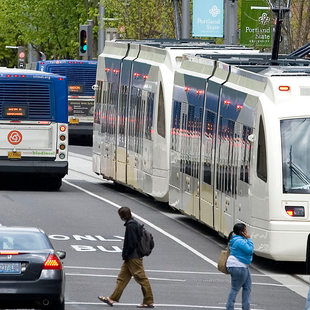 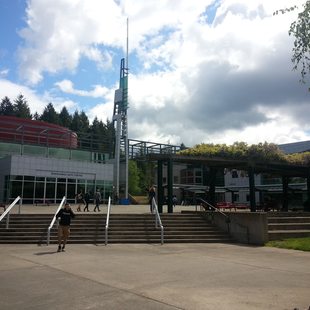 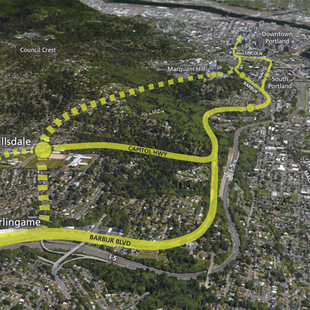