Portland resident Mike Holevas spent a lot of time at the intersection of Southeast 122nd Avenue and East Burnside when he struggled with addiction. On Nov. 6, he stood before a crowd of about 200 people near this intersection, celebrating the groundbreaking of Central City Concern’s new Eastside Campus.

People huddled around outdoor heaters, bundled up in jackets and with coffee in hand as he spoke.

“[We want to] end homelessness and help folks achieve self-sufficiency,” said Central City Concern CEO Rachel Solotaroff. “We do this by supporting transformation with individuals and communities…and creating lasting and trusting relationships.”

“This corner now can be the site where thousands more suffering people – and believe me, we suffer – can come” to transform their lives, he said, speaking from experience as a former client of Central City Concern.

The new six-story facility, called The Blackburn Building, will serve 3,000 people each year with recovery and mental health services, as well as targeted primary care. The clinic will include a pharmacy, 51 units of respite care and 10 units of palliative care.

“This will be one of the few resources in North America that helps to support homeless individuals at the end of their lives,” said Rachel Solotaroff, the nonprofit's president and CEO.

The Eastside Campus is one of three new buildings funded by the Housing is Health project, a campaign that six health organizations initiated to build nearly 400 apartments for homeless individuals or families and those at risk of becoming homeless in Portland.

Central City Concern will own the building and operate all programming. The building’s upper stories will have 90 units of transitional housing and 34 units of permanent housing, in addition to the healthcare facilities in the lower two stories.

Metro’s Transit-Oriented Development program contributed $500,000 to build The Blackburn Building, the last of three buildings to break ground. The healthcare facility is named after Ed Blackburn, who served as president and CEO of Central City Concern for over 25 years up until this past year.

“[We want to] end homelessness and help folks achieve self-sufficiency,” said Solotaroff. “We do this by supporting transformation with individuals and communities…and creating lasting and trusting relationships.”

Metro Councilor Shirley Craddick said she’s proud people served by the project will have access to transit. Craddick noted, as she looked in the direction of the 122nd and Burnside MAX stop, that one third of the traffic on I-84 is carried on the blue line every day.

“This is exactly the type of project where we like to see our transit-oriented development funds go,” said Craddick, who represents the eastern portion of Multnomah County.

Multnomah County Commissioner Jessica Vega Pederson, who not only represents the area but lives in the neighborhood, hears directly from people worried they’ll get pushed out of their homes in this area.

“These projects won’t end homelessness at large, but they will end homelessness for each and every person and family that receives a key to their new homes,” said Multnomah County Commission Jessica Vega Pederson.

“I was at Franklin High School today talking to a group of students and when I asked them what issues they are concerned about that I should know of, they were talking about housing,” said Vega Pederson.

She said these types of affordable housing developments, with built-in supportive services, are critical for people with uncertain housing situations.

“This [partnership] is the most exciting thing that is happening in this region…and in my opinion, across the country,” said Heather Lyons with the Corporation for Supportive Housing, one of the Housing is Health partners.

“Healthcare is way too competitive,” he said. “This is an example of when we decide to do something together, we can make a bigger impact than we can individually.”

Holevas said his story is a testament to the life-changing impacts these types of services have on individuals struggling with addiction. He turned to Eastside Concern for help at a time when he felt hopeless.

These days Holevas works as a part-time janitor at the organization. “I’m very happy,” he said.

“Families will be restored,” he said of this new project. “What an honor.” 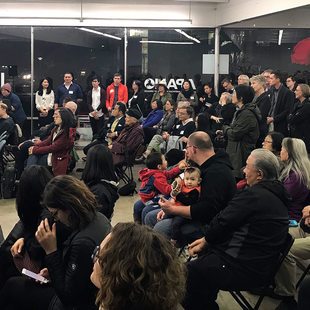 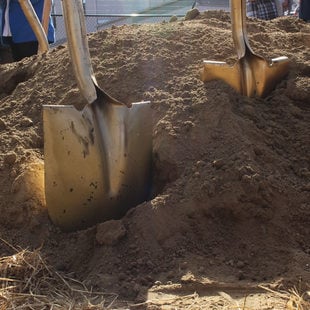