Reforms to give Metro more flexibility in managing the urban growth boundary earned a unanimous thumbs-up from eight state legislators Thursday, as the House Committee on Agriculture and Natural Resources recommended approval of H.B. 2095.

The reforms, crafted in 2016 by a group of greater Portland leaders that included 14 regional mayors, would allow Metro to add up to 1,000 acres to the urban growth boundary on an as-needed basis within four years of completion of a comprehensive UGB review.

Metro could only add the land to the boundary if it was requested by a city, and cities would be required to have development plans in place to ask Metro for an expansion.

The proposal, which is now on its way to a vote by the full Oregon House, only allows Metro to use the new tool in the urban reserves, and only after the reserves plans are finalized by the counties in greater Portland and then approved by state regulators.

That last part is key. Wilsonville has been seeking a UGB expansion on its east side for years, and has pushed to develop a plan to build the pipes, roads, parks and schools needed to support new housing. But without adopted reserves, Wilsonville would have a hard time expanding to that area.

Wilsonville Mayor Tim Knapp spoke in favor of the bill at a public hearing on the bill last month.

"This is a practical solution to try to make the process work on the ground in a practical way," Knapp said. "It would give Metro the ability to make modest adjustments midway through the six-year cycle. This is especially important as we see the change in demand for housing in the metropolitan area in the last couple of years."

At that Feb. 23 hearing, 1000 Friends of Oregon policy director Mary Kyle McCurdy said there were several reasons her organization was supporting the bill.

"The tool provided in this bill can only be used if the urban reserves are acknowledged," McCurdy said. "Therefore, the residents of this region, which include cities, farmers and development interests, will now know where to expect the UGB to expand."

"The development community's concerns were taken into account and were recognized by this," Chandler said. "The bill really moves the process forward in a way that protects farm and forestland and the need to get affordable housing and other urban development built in a timely fashion in areas where it's ready to go forward."

At Thursday's work session, Rep. Sherrie Sprenger, a Republican whose district includes the east-central Willamette Valley, said she hopes her support of the bill will result in goodwill from urban legislators.

"I get to support areas of the state that do business and live life totally different from the way we do in our district," Sprenger said. "When I do this, I remind myself that I want that same kind of consideration in my district. This gives me an opportunity to pay that forward for down the road when maybe some of our rural areas have a bill that's kind of different."

The bill now moves to a vote on the floor of the Oregon House, possibly as soon as the first week of April. 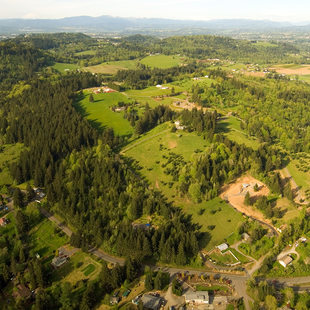