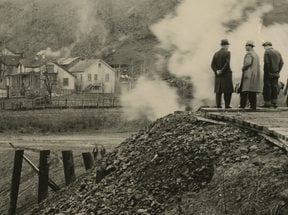 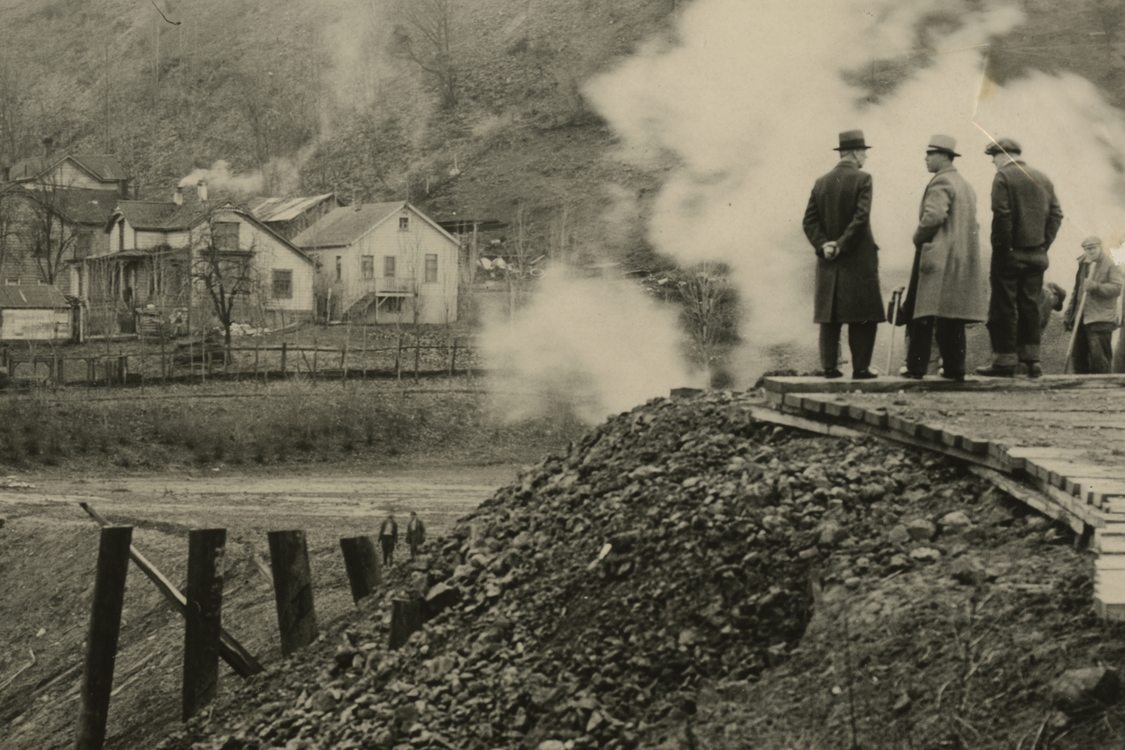 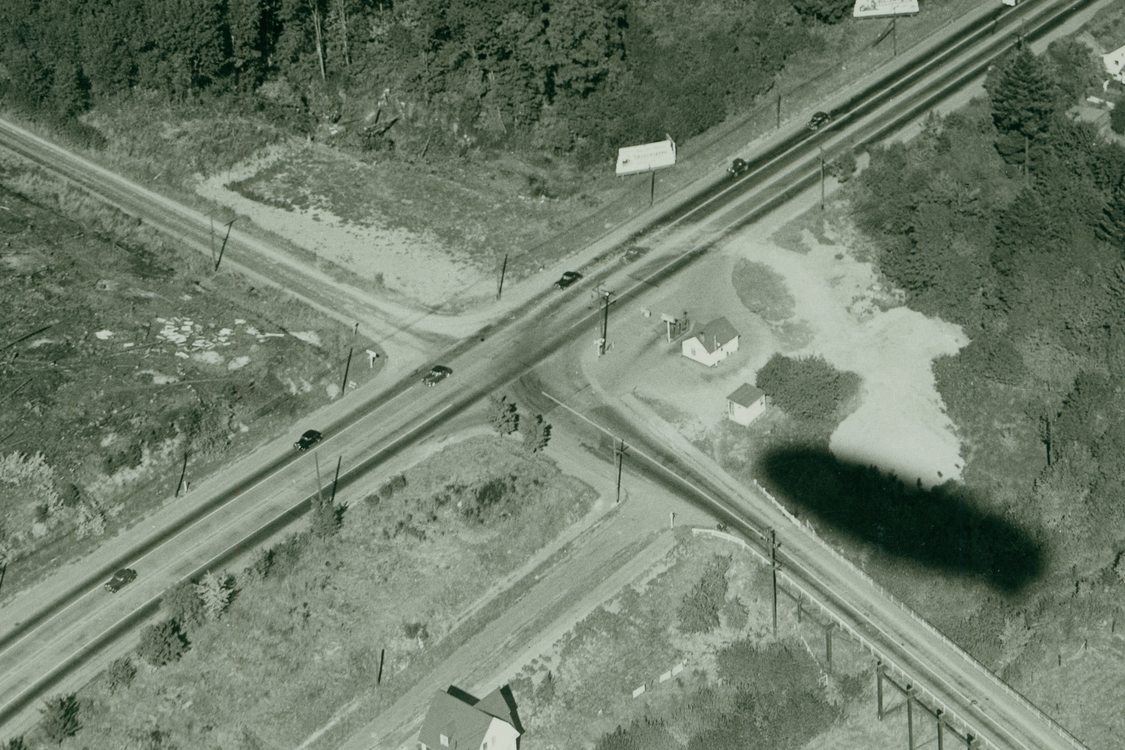 At the intersection of Barbur and Terwilliger Boulevards, 1947. (Portland City Archives) 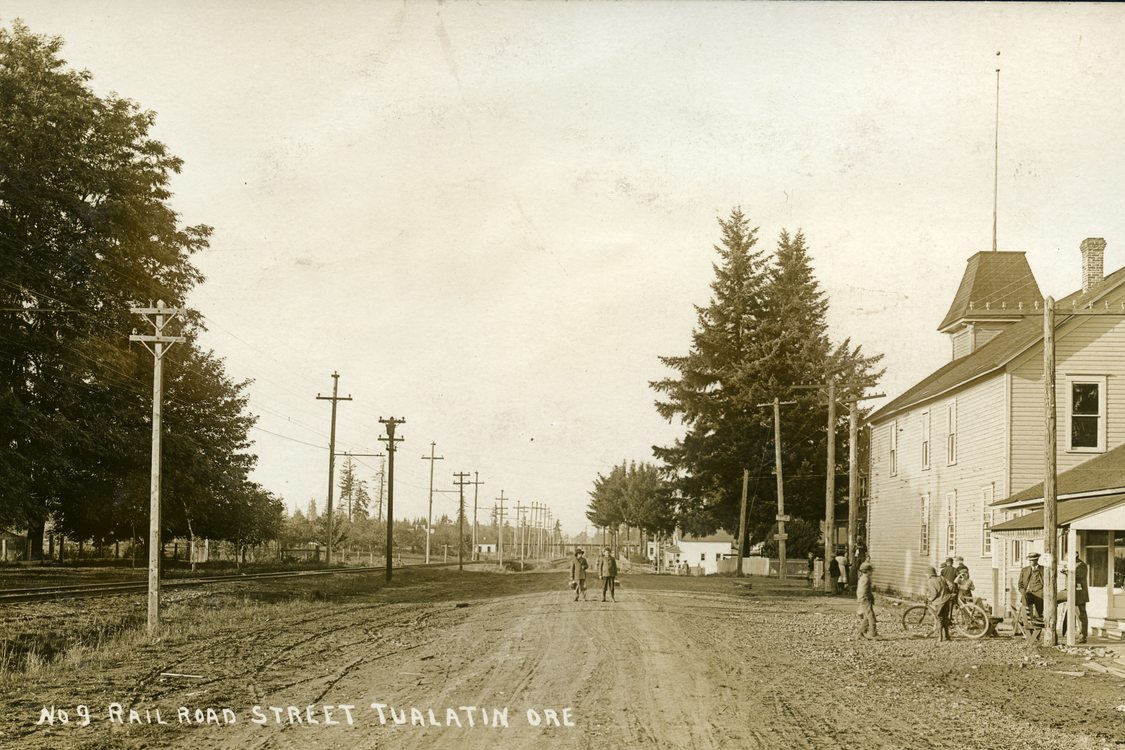 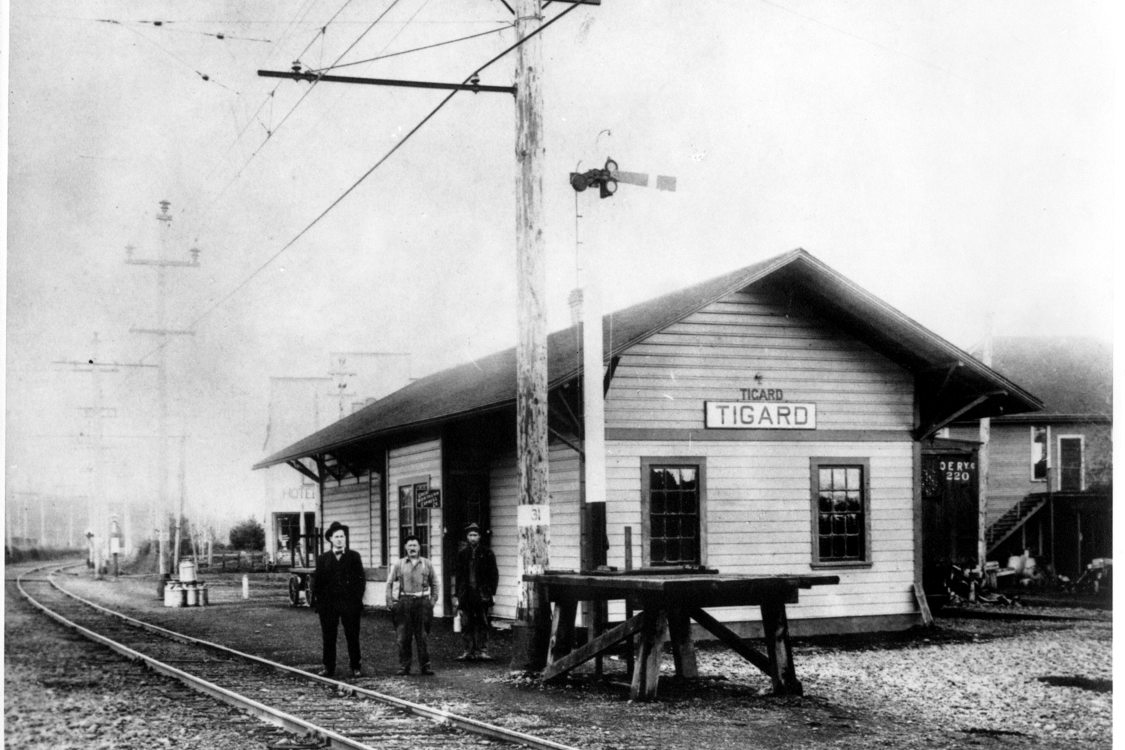 An Oregon Electric Railway Depot in downtown Tigard, seen here in the early 1900s. Photo courtesy of the Tigard Public Library and the Tigard Historical Association.

Times change, and so has the Portland region. From early days of railroads and muddy main streets, to today's bustling system of roads, transit, bikeways and sidewalks, how we move around continues to shape the places we live in profound ways. These historical snapshots and interactive sliders offer a glimpse of just some of the changes in Southwest Corridor communities.

It is hard to know where best to begin listing the many changes that have occurred to this slice of Southwest Portland at the foot of Marquam Hill. It might be the proliferation of new buildings on Oregon Health and Science University's hilltop campus as it became one of the region’s largest centers of education and employment. However, the more recent, high-density development of the South Waterfront gives just as good of an indicator of how much has changed over the years. Or perhaps it’s the startling change in Ross Island, seen here in the lower right in 1950 being used as a mooring for Benson rafts of timber on their way to the coast. Down in the corner of the island, almost out of the frame, can be seen a small inlet which would eventually become the lagoon seen today, a legacy of sand and gravel riverbed mining that halted in 2001.

A few short years after this 1950 aerial was taken, construction on Interstate 5 would cut a block-wide swath alongside Highway 99W, adding to the division between the neighborhoods of Hillsdale, Corbett/Lair Hill, Multnomah and Burlingame. Soon after, in 1956, the cleared land near the top of the frame, a former dairy, became home to Wilson High School. Over the decades, what empty land remained filled in with housing, and farm plots gave way to parks and baseball diamonds as families flocked to these new, scenic hillside neighborhoods.

Tigard was once a small town at the crossing of a railroad and a highway, a patchwork of homes, businesses and farms not too far – and not too close – to the city. Many residents still call it a small town, but most everything else has changed. With the construction of I-5 and Highway 217 (seen forming a ‘V’ in the center of the frame) the Tigard Triangle was formed, adding a hub of business and freight movement to the area. In 1968, Portland Community College’s Sylvania campus, seen in the upper right corner, opened its doors; today it serves over 26,000 students annually – about half the size of Tigard’s population.

The Tualatin River still winds its way through the valley, past banks of trees and the Tualatin Country Club. Beyond that, it’s hard to spot much resemblance between today’s Tualatin and the tiny farm community that once small enough to fit along a quarter-mile of Boones Ferry Road (near the center of this photo). The completion of I-5 gave a new incentive to businesses to set up along the region’s busiest transportation artery. From Bridgeport Village in the upper right corner down to the high-tech office parks on Tualatin's west side, commerce has flowed through Tualatin in its own kind of current, clearing away farmland and woodland to make way for a variety of residential and commercial development, most strikingly around Tualatin Commons, which created a new lake right in the middle of the growing city.

Though it was first known as Smockville, even its founders James and Mary Smock didn’t much care for the name. So, in 1891 the town was renamed Sherwood, partly in reference to a certain folk-tale quality residents saw in the old woods that surrounded their small town. Originally planned a railroad town, the Portland and Willamette Valley Railway cut right through Sherwood’s old downtown. Over the years, Sherwood slowly expanded north towards Highway 99W, farms replaced by orchards (seen dotting the landscape in and around town in 1950), and eventually the orchards giving way to homes, schools and businesses. More visible now than it was in the 1950s, Cedar Creek still meanders diagonally through town – its recent transformation into the Cedar Creek Greenway giving residents a way to walk or bike between the new and the old Sherwood.

Why are so many communities working together on the Southwest Corridor Plan? Here are four quick facts about the the area, stretching from Portland to Tigard, Tualatin and Sherwood.

The Southwest Corridor Plan is more than light rail. It's an integrated plan for getting around in a growing, high-opportunity area of the Portland region. See a few other projects that are included.