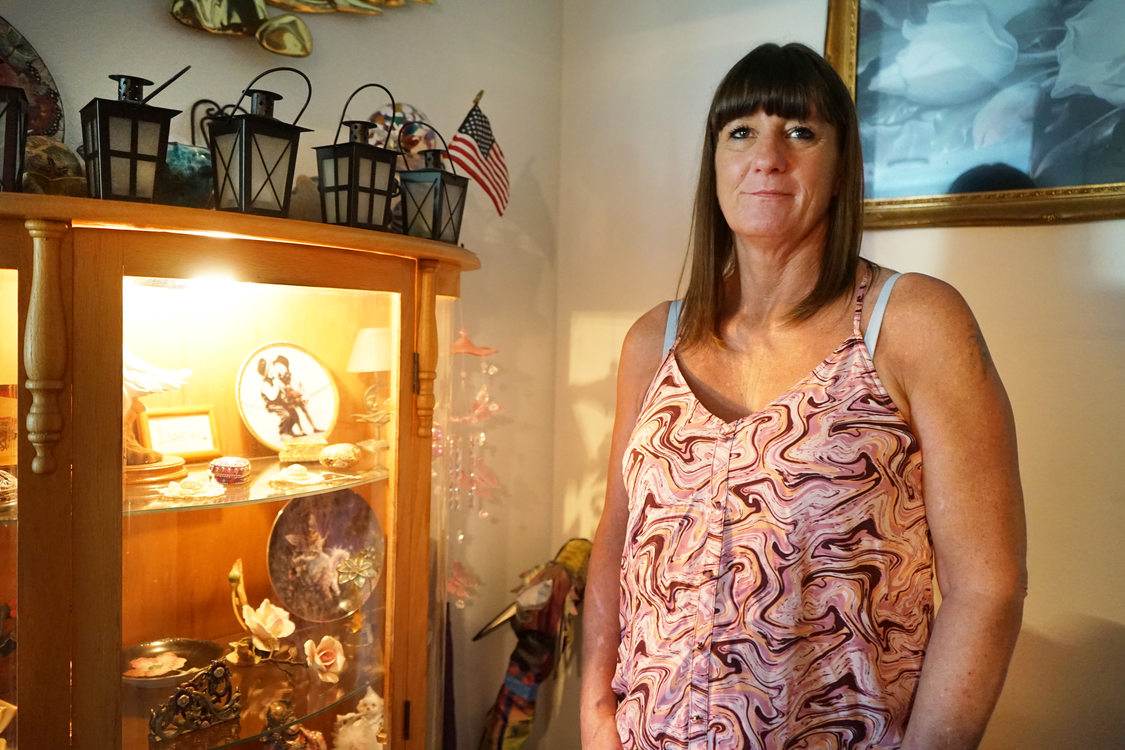 Two moms and their families are looking to the future after finding stable and affordable housing at the Viewfinder in Tigard, one of the first apartment communities that uses Metro affordable housing bond funding to open. With help from the Good Neighbor Center – and their own perseverance – Tonya and Charlene have the space to focus on what’s next.

When asked what people who haven’t experienced homelessness might not know, Tonya explained, “I see how people get homeless. Everybody says, ‘Oh, they must want to live like that’. Well, we don't want to live like that. That's just how it happens and it's really unfortunate.” At the same time, it can be really hard to ask for help. “Everybody needs help at some time in your life,” but for Tonya, “that was the hardest thing for me, was to say, okay, I need help. I can't do this. I don't know what to do next.”

The Viewfinder has 81 apartments , including 25 one-bedroom and 56 two and three-bedroom homes. Almost half are reserved for households who earn 30% area median income or less, which is $22,230 for a household of one and $31,950 for a household of four. The project used $11.5 million in affordable housing bond funds.

Community partner, the Good Neighbor Center, offers resident services for everyone who lives in the building. These include helping people connect with local services, hosting “Free Food Friday” – where residents can choose from donated food and other items – in the community room, working with FIDO animal food bank to provide pet food once a month, and hosting community potluck dinners. A Good Neighbor Center staff member is at the Viewfinder five days a week.

The nonprofit also provides intensive case management services to 20 households in the building, which is paid for by Metro’s supportive housing services fund. These services include a rent assistance voucher also paid for by the Metro fund.

Tonya: Whatever tomorrow brings, I’m ready for it

Tonya and her kids were one of the first households to move into the Viewfinder. Tonya is a single mother with four boys and a foster daughter, and currently lives with her youngest two children. After a challenging period where several destabilizing things happened all at once, Tonya’s family lost their housing and experienced homelessness for two and a half years. At first they stayed with friends, and eventually they slept in their car outside other friends’ homes, where they were able to use the bathroom and other amenities.

Eventually Tonya reached out to the Good Neighbor Center, a 54-bed family shelter in Tigard where her family had stayed for several months on a previous occasion. They were quickly able to accommodate her family in one of their nine private rooms. While living at the shelter, Tonya visited a doctor for the first time in years and found out she was suffering from several medical conditions, including arthritis, dangerously high blood pressure and early-stage emphysema.

Staff at the Center helped Tonya manage and prioritize her health, including having a knee surgery that was long overdue. This eventually led to staff calling the tow truck service company where Tonya worked, to explain that long-term medical leave was necessary. They also supported Tonya in her housing search, taking messages from property managers, offering guidance on the process and providing her with a housing voucher through Metro’s Regional Long-term Rent Assistance program.

Tonya’s credit score is slightly below the 600 rating that most property managers require, and she faced some challenges in her housing search despite having access to additional security deposit funds through the Center. Even though Tonya had a solid employment and rental history, she felt that having a housing voucher was an issue for some property managers. “I mean, there's a lot of judgment that goes on out there in the world, and I really felt it more than anything looking for a place this last time around.”

When staff suggested the Viewfinder as a possible housing option, Tonya didn’t think she wanted to permanently leave Aloha where she’s from, and where one of her sons was still attending school. But when she visited the complex she “kind of fell in love with it.” The building's low barrier screening criteria – a requirement of Metro bond funded developments – meant that her credit score wasn’t an issue.

After living at the Viewfinder for over half a year there are many things she appreciates: amenities like the community and exercise rooms; the convenient location where she can easily access a movie theater, bowling alley, grocery store and drug store and knowing many of her neighbors from her time at the Good Neighbor Center.

The Center has continued to support Tonya and her family in their new home, including everything from providing furniture and cleaning supplies to paying for as essential repair on her car. They have also helped Tonya manage her healthcare appointments, apply for disability and look for part-time work while she’s regaining her health. These ongoing services are paid for by Metro’s supportive housing services fund.

Tonya repeatedly expressed her gratitude for the support she’s received from the staff at the Good Neighbor Center. “This place has been a godsend to me and my kids,” she said. “I did what they said and took the steps that I needed to take and have been successful.” She shows her appreciation by volunteering at the Center, cooking meals or weeding the grounds with her kids.

Today Tonya’s looking forward to continuing to improve her health, eventually returning to work and to spending the Thanksgiving holiday with her children and grandchildren. She hopes to host the whole family in the Viewfinder’s community room. She’s excited about the future because she can finally breathe: “I can just be me and I’m not worried about whatever tomorrow brings, I’m ready for it.”

Charlene: It means a lot that my kids know we’re stable

Charlene grew up in inner Northeast Portland and then lived in the Southeast section of the city for almost two decades. Most of her family still lives in Portland, but five years ago Charlene and her kids were displaced from Portland by high rents. Initially Charlene was reluctant to move to Beaverton, but she was going to school and working part time and the rent in Portland would have taken at least half of her income. After moving she came to appreciate Beaverton, where she was able to afford to live in an area she liked better than what was available to her in Portland with her income.

In 2020 Charlene’s family was evicted from their Beaverton home over complaints from a neighbor and briefly stayed with her daughter in Beaverton. That’s when they found the Good Neighbor Center, where they lived for several months until the organization’s housing specialist helped them find a home at another Beaverton apartment complex.

When the complex was due for renovations a year later, the housing specialist suggested the Viewfinder.  The apartment community had just opened, and Charlene’s family was one of the first households to move in. When she first came to look at the building, she realized a photo she posed for with two of her kids is part of the mural in the complex’s entryway.

In contrast to her experience in other apartments, Charlene appreciates having air conditioning in her home, as well as living in a brand-new space where she’s the first resident. She struggled with bugs in her previous apartment and is glad not to have to deal with that at the Viewfinder. She also mentioned its location by Fred Meyer, Costco and Walmart, which are convenient both for her personal needs and for her work with Instacart.

Charlene recently earned a degree in medical billing and coding and is looking for a career in her field. Ultimately, she plans to own her own home, and staff at the Good Neighbor Center connected her with the African American Alliance for Homeownership to work towards that goal. Her oldest son is 21 and has autism, so he will continue to live with Charlene long term.

“It's just nice not having to worry about coming up with a lot of money for an apartment,” she explained, “and it means a lot that my kids know we're stable.” 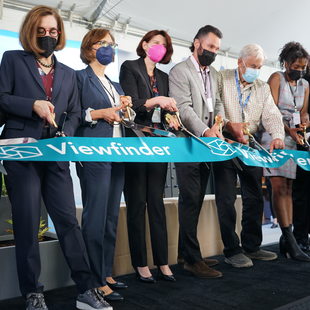 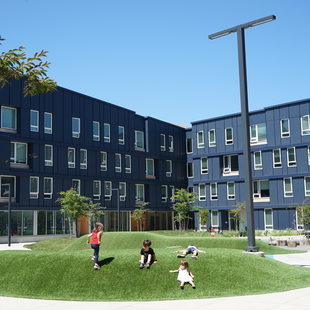