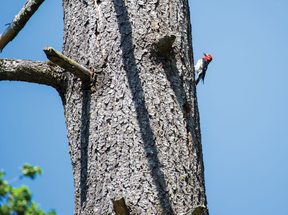 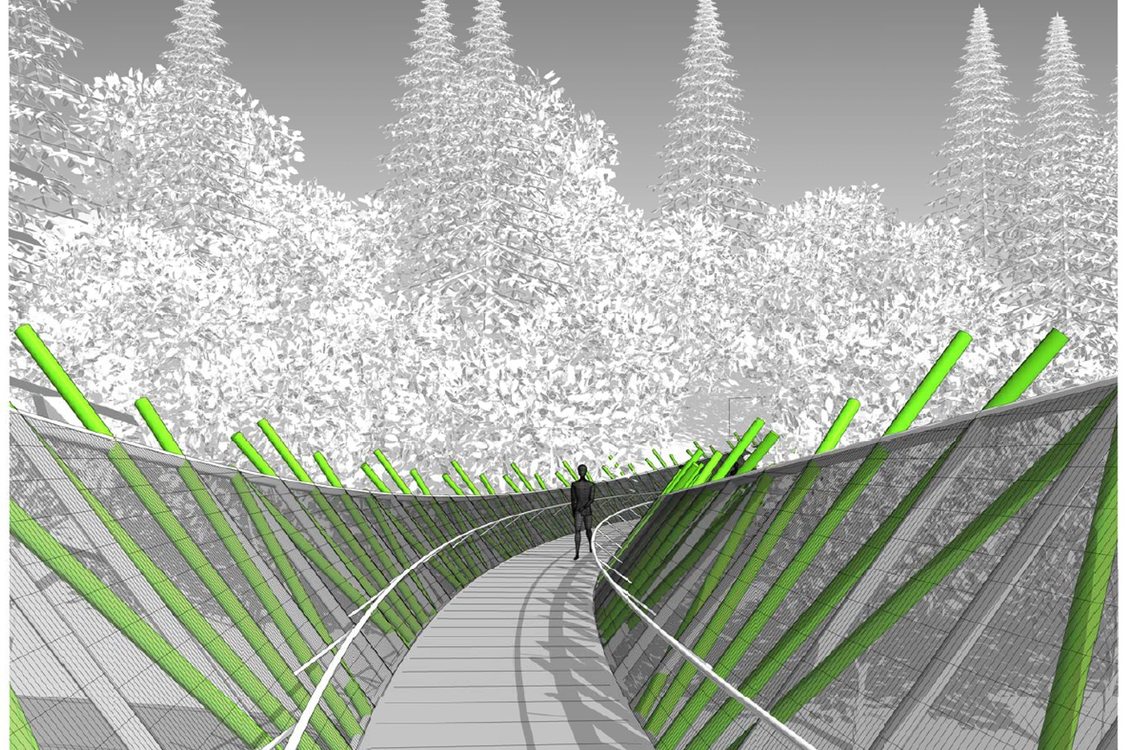 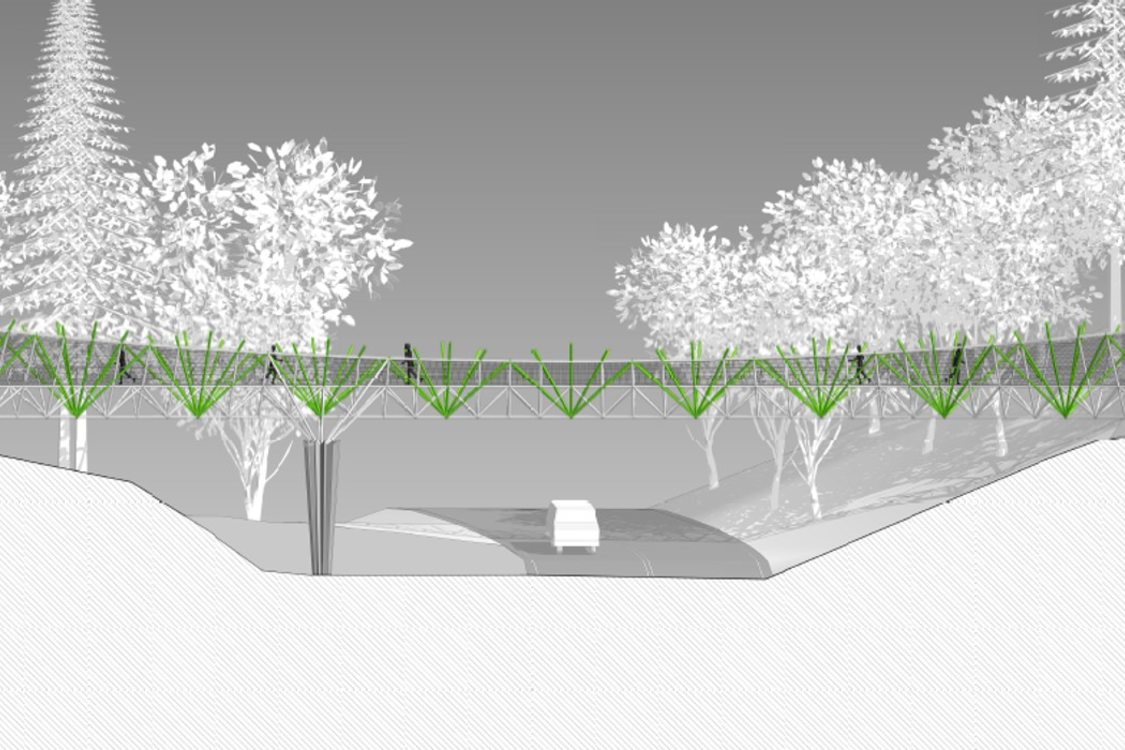 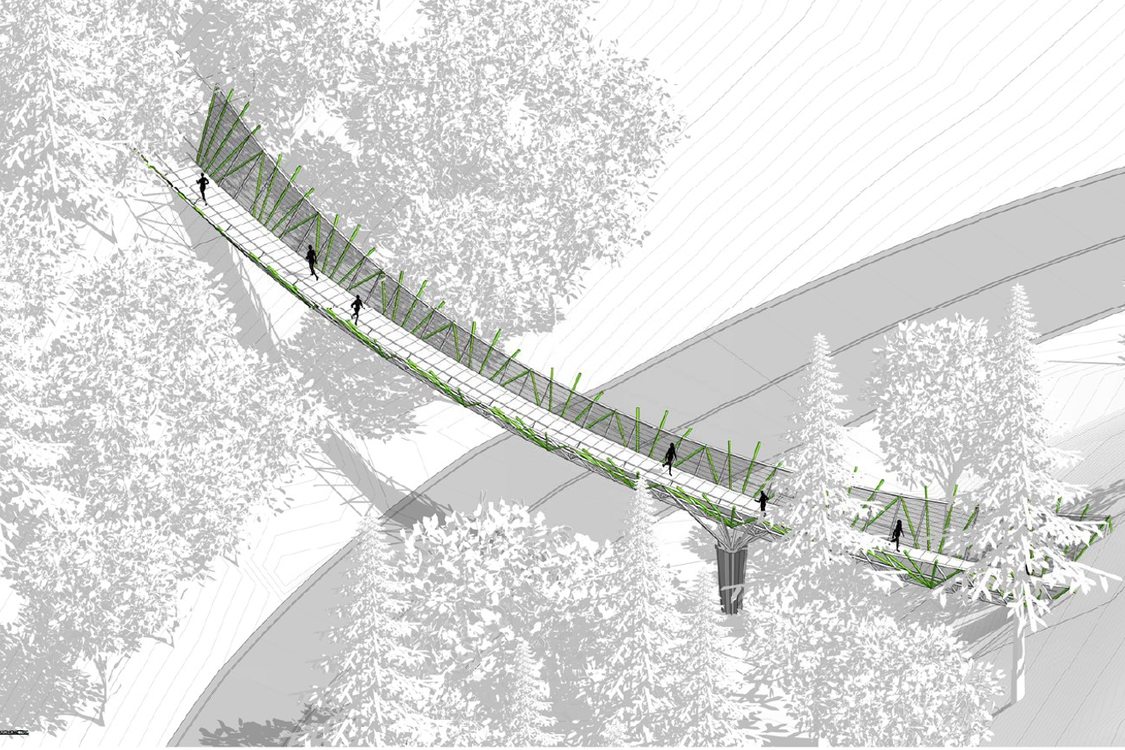 A long-awaited crossing connecting the popular Wildwood Trail over West Burnside Street is becoming a reality. The bridge, scheduled to open this fall, will provide a safe crossing for hikers and runners over a dangerous curve on West Burnside where roughly 20,000 drivers pass each day and 80,000 pedestrians cross each year.

The path will also connect two of the Wildwood Trail’s most popular destinations: Hoyt Arboretum and Pittock Mansion.

Metro has partnered with Portland Parks & Recreation since the early 90s in the planning process. Spearheading the project, the Portland Parks Foundation raised more than $2.1 million from more than 900 individual donors toward the $3.2-million project. Metro contributed $200,000 from its natural areas bond measure, and the City of Portland pitched in $850,000.

Crews broke ground in late March, closing a portion of the Wildwood Trail during construction to remove trees, relocate a power line and eventually lift the bridge into place. Designed by Ed Carpenter, the steel structure was premade off-site and features a unique design with glass walls.

The bridge is named after the late Barbara Walker, a strong advocate for parks and trails who played a significant role in numerous projects across greater Portland, including the 40-Mile Loop, Pioneer Courthouse Square and Marquam Nature Park. The bridge named after her also provides a key connection on the 40-Mile Loop, a network of trails throughout greater Portland that includes the Wildwood Trail.

Your opinion will help shape the way we communicate in the future and help us provide more relevant stories, information, social media and other content.

Hot, dry summers are killing trees across greater Portland. It's a local effect of climate change.
Related stories
Where has the money from Metro’s 2006 natural areas bond measure gone? 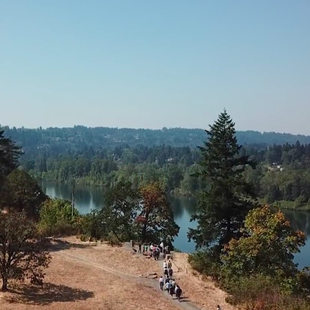 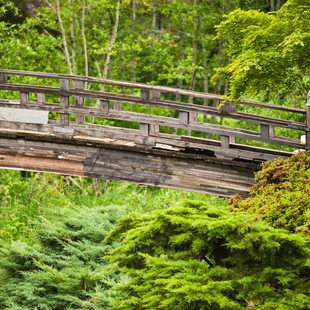 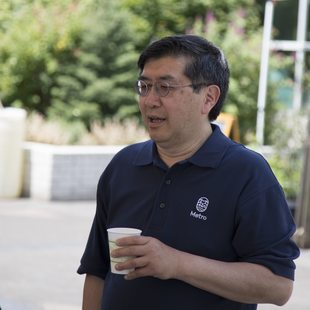 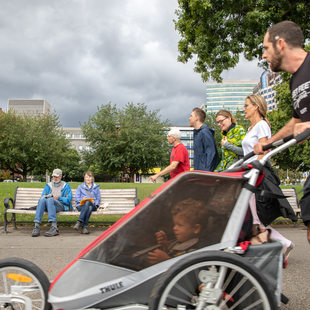 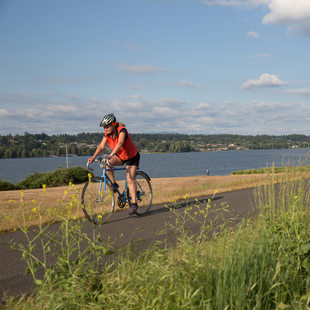 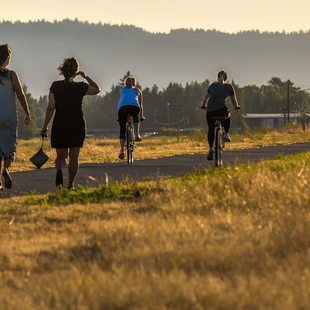