Pull on chest waders, grab a spoon, and search for frog and salamander egg masses as you help regional restoration efforts. 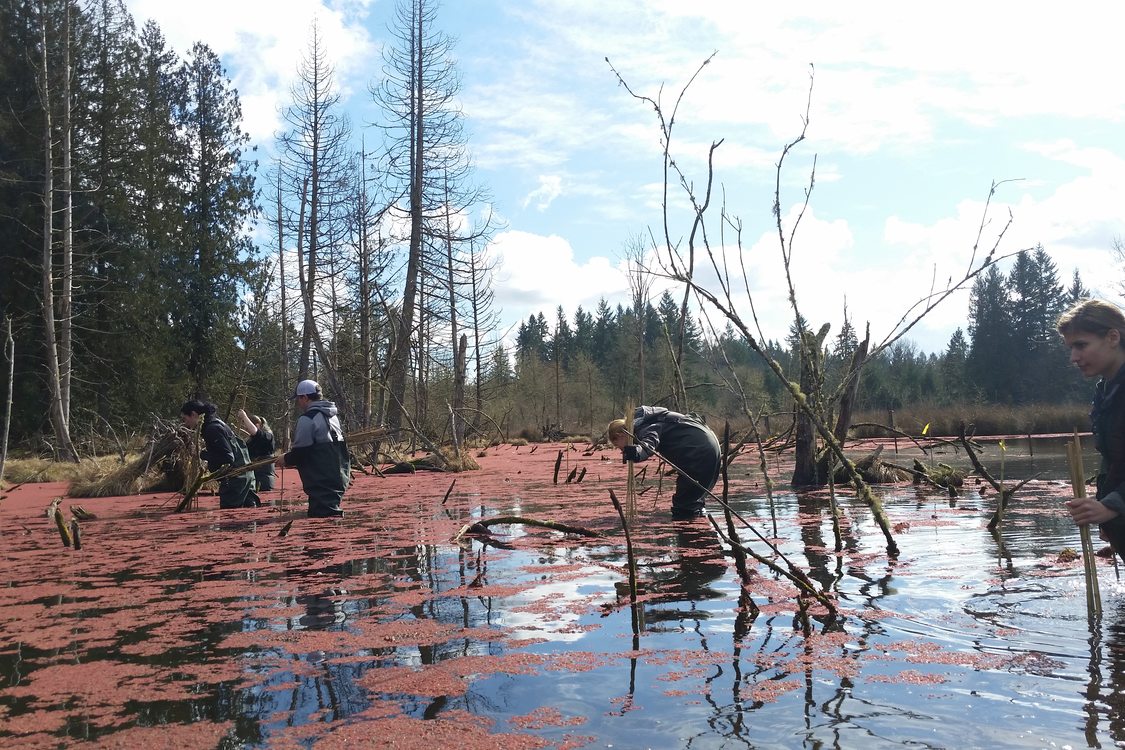 Volunteers wade through a pond at Clear Creek Natural Area near Carver to survey amphibian egg masses in February 2015. 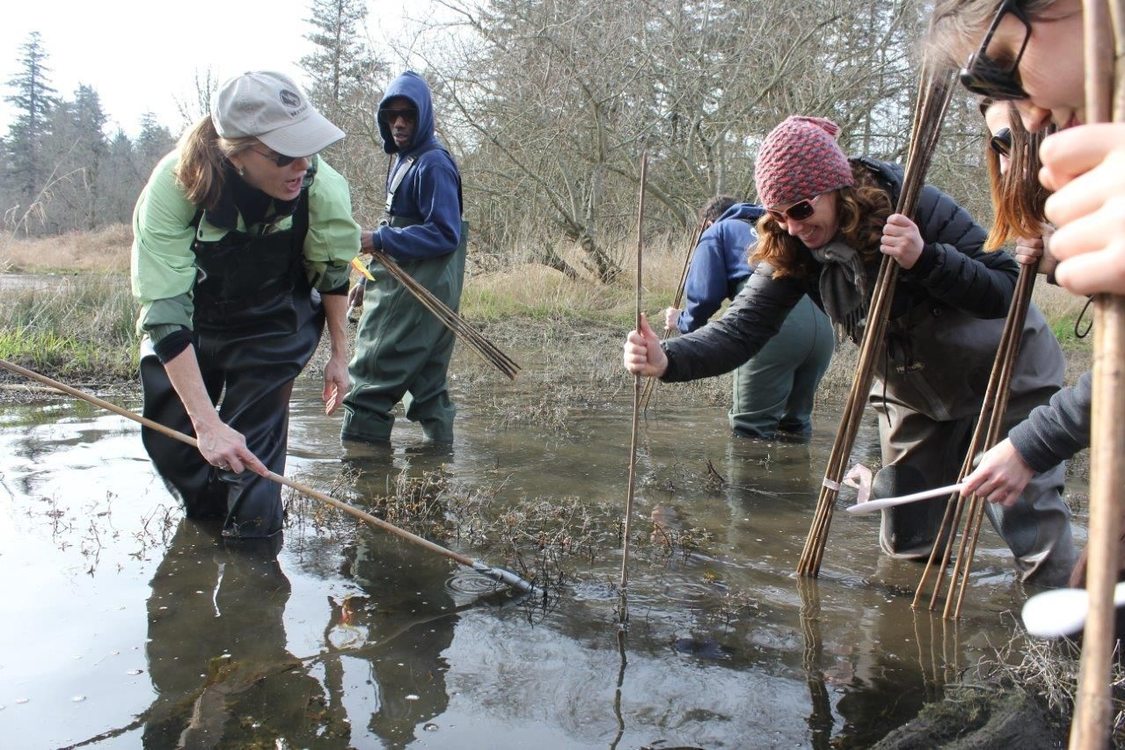 Attend an orientation Jan. 23 or 30 to learn more about volunteering as an amphibian egg mass monitor. 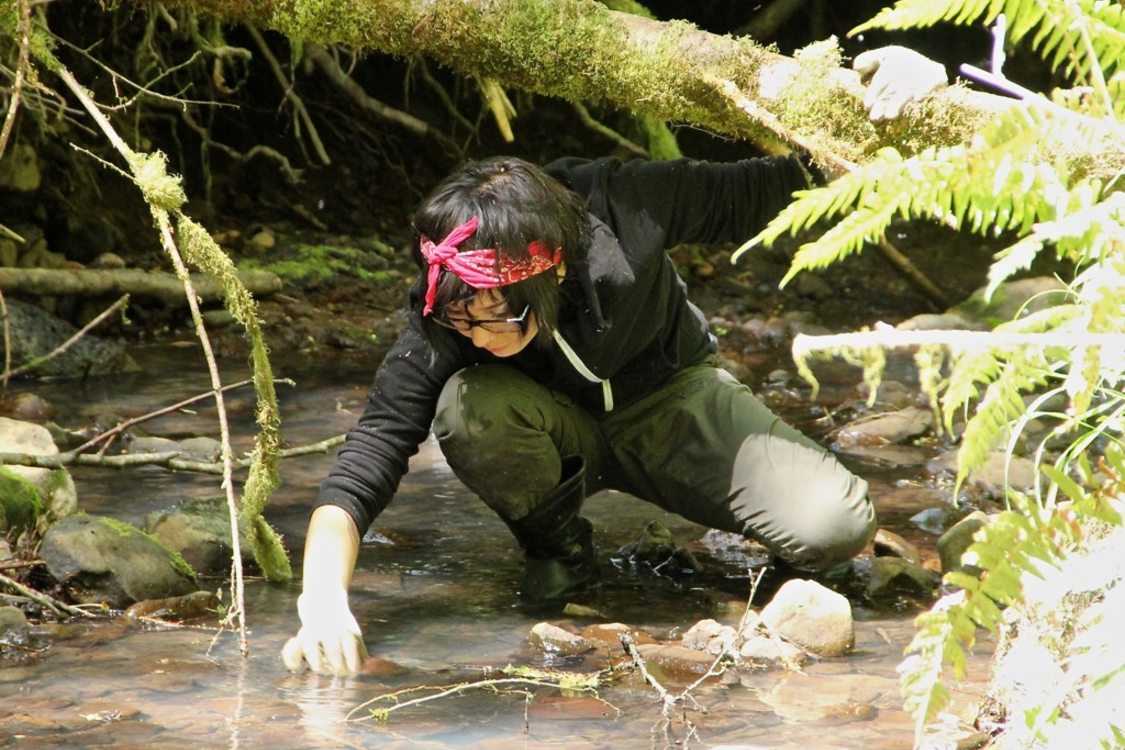 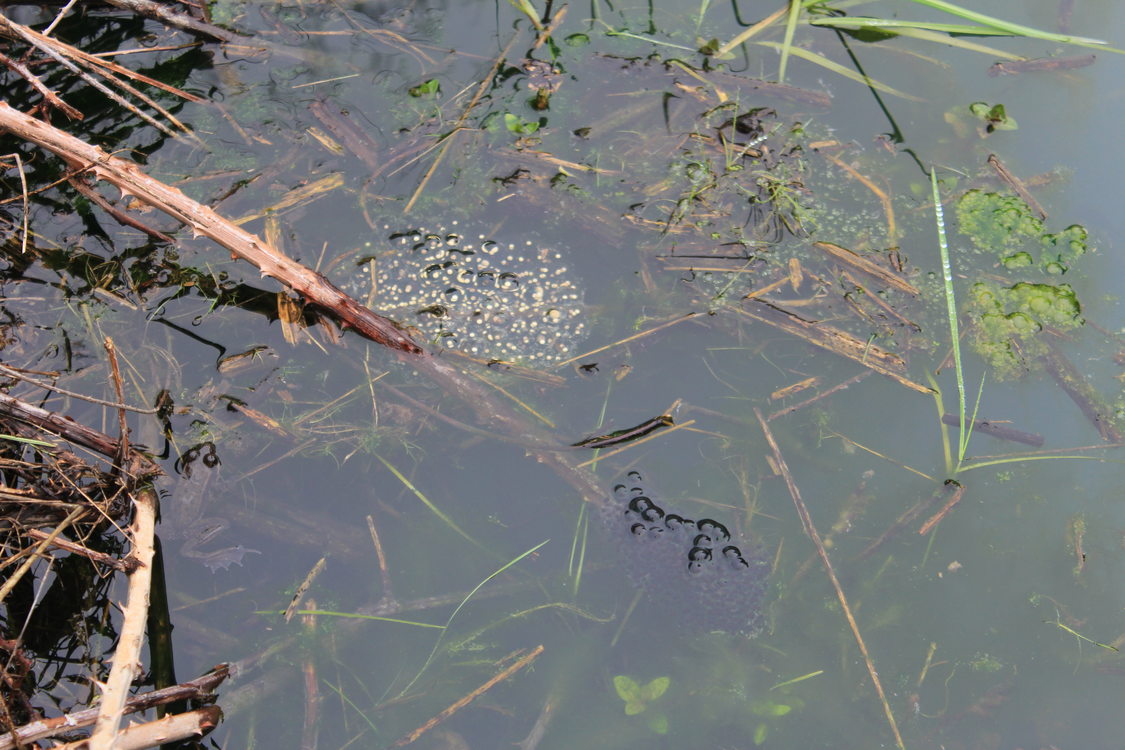 A Northern red-legged frog peeks out of the water near a freshly laid egg mass (bottom right). Another golden-colored egg mass is no longer viable. The frogs are listed by the state as a sensitive species under threat. 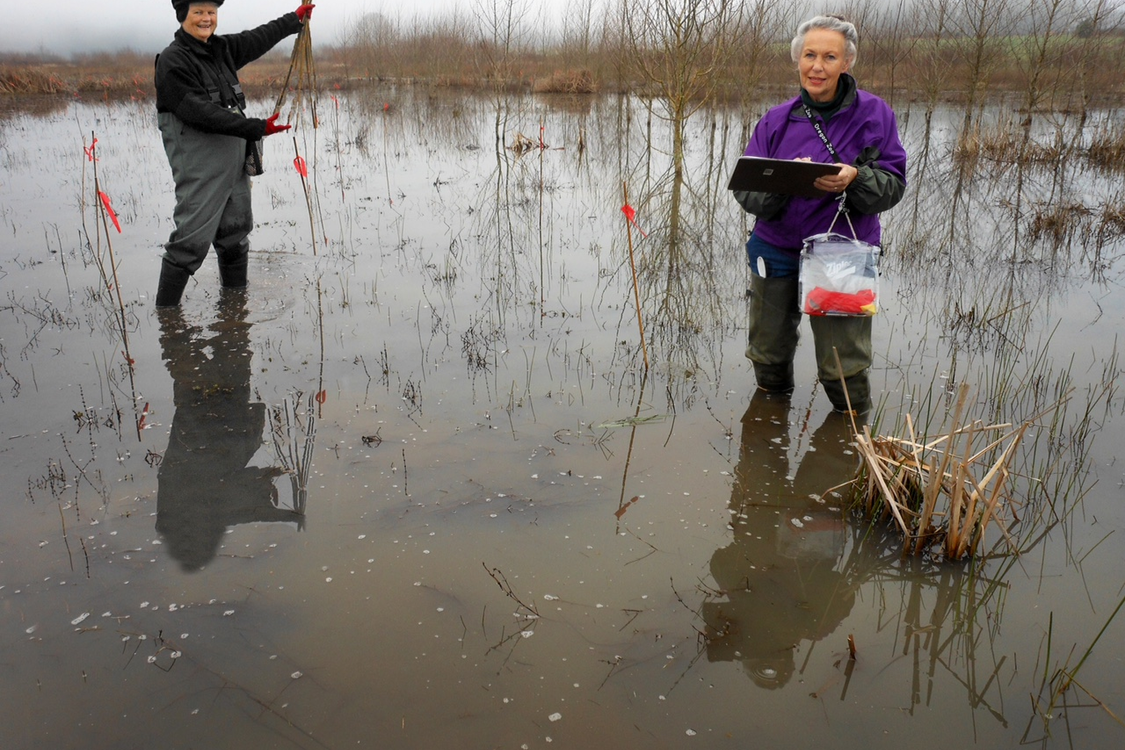 From late January through April, wade through ponds and wetlands in parks and natural areas throughout the metro region to count frog and salamander egg masses.

The four amphibians serve as indicator species, which can be used to help gauge whether regional restoration efforts are helping more native amphibians thrive. Surveying for the egg masses each winter helps scientists survey their numbers as well as the overall health of wetlands in the region. The information collected from volunteers also helps secure grant funding for future restoration work.

Volunteers are encouraged to provide their own transportation, though carpooling to sites can be arranged from Metro Regional Center in the Lloyd District. Monitoring occurs throughout the week and on weekends.

While field experience is appreciated and welcomed, training is also provided every January on amphibian egg mass identification, survey techniques and field methods.

Water Watcher: Water watchers collect water levels data on a weekly basis to help us improve the effectiveness of the community science program.

Sign up to be notified when the opportunity is available

Update your information, sign up for a project, or check or change your schedule using the volunteer information center.