An American pika peers out of a talus slope in Mount Rainier National Park. The Oregon Zoo is seeking volunteers this summer for Pika Watch, a citizen science project aimed at studying changes in the Columbia Gorge pika population. Photo by Zachary Hawn.

The Oregon Zoo is once again deputizing volunteers of all ages to seek out one of the cutest endangered animals in the world.

Cascades Pika Watch — a collaboration of organizations and individual pika researchers convened by the zoo — is now in its second year, and citizen scientists from around the region are invited to take part.

American pikas — tiny mammals known for their distinctive, squeak-toy-like calls —typically live on mountain slopes at elevations above 6,000 feet. Their particular habitat and temperature requirements make the species of special interest to biologists studying the effects of climate change.

But a somewhat anomalous low-elevation population of pikas is living at the Columbia Gorge — just a half hour from Portland. That accessibility, combined with the stunning scenery of the Gorge, has made for a popular citizen science program.

"It’s hiking with a purpose," said volunteer Shankar Shivappa. "You get to enjoy incredible scenery while helping to maintain the integrity of that ecosystem."

Last year, 125 members logged 160 observations spanning from North Cascades National Park to Mount Jefferson. Scientists will use that data to better understand where pikas live, where they don’t live and whether their range is shifting.

Summer 2016 marks the first year that only citizen scientists — not trained biologists — will be collecting data in the region.

Here’s how it works: After taking a crash course in pika identification online, volunteers are quizzed to ensure they can distinguish pikas from similar looking and sounding creatures. Then, armed with binoculars and GPS units, they head into the field to stake out pika hot spots, record their locations and listen for the telltale squeak. Finally, they upload their data to a website where it’s analyzed by biologists.

Studies of similar volunteer programs in Montana have shown that with proper training, citizen science is an efficient tool for gathering reliable data. The extra help biologists receive from volunteers is critical to making timely population assessments. Other low-elevation pika populations have recently disappeared where they were observed less than a decade ago.

"Pika Watch is an ideal opportunity for people who love hiking and the outdoors to take action for wildlife," said Dr. David Shepherdson, the zoo’s deputy conservation manager. "Conservation is ultimately only as effective as people’s willingness to support it. And who could say no to a pika?"

Learn more about how to get involved 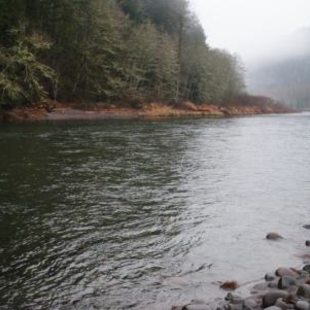