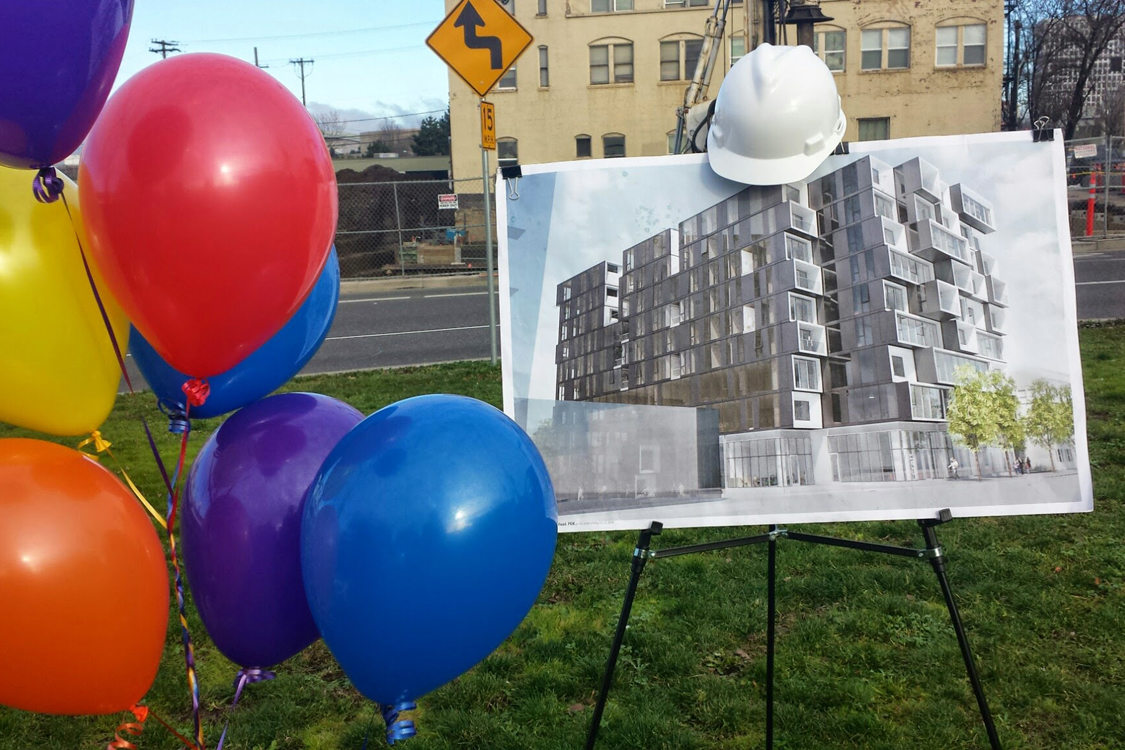 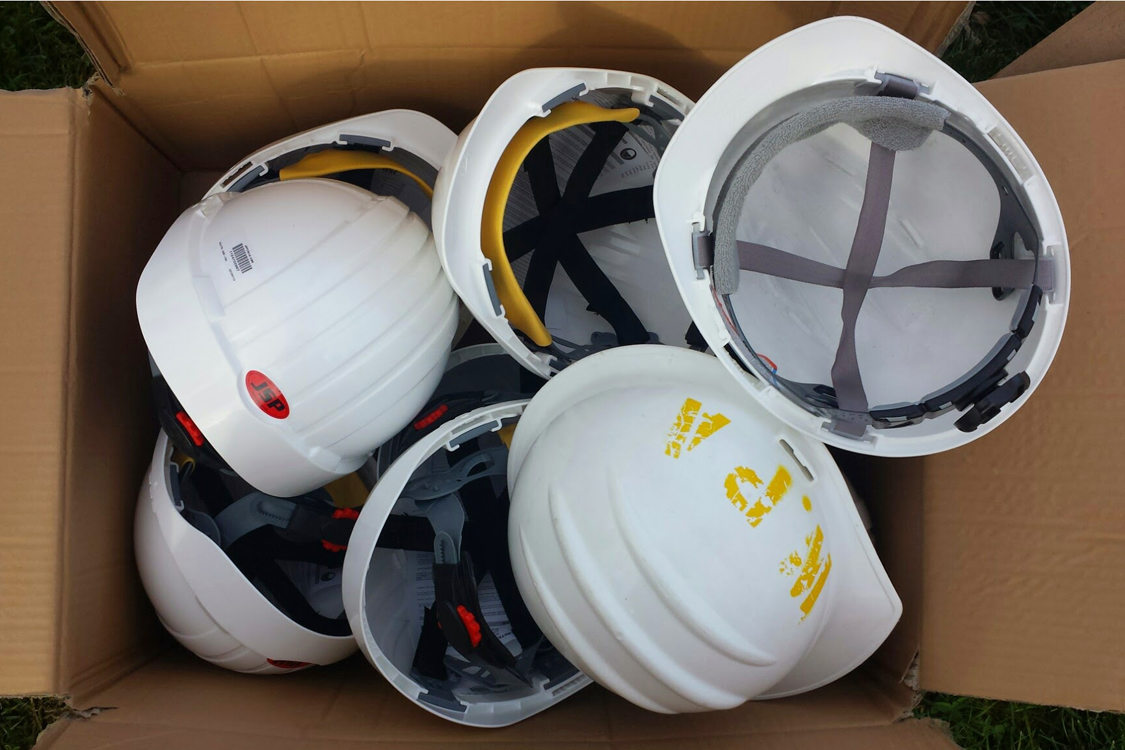 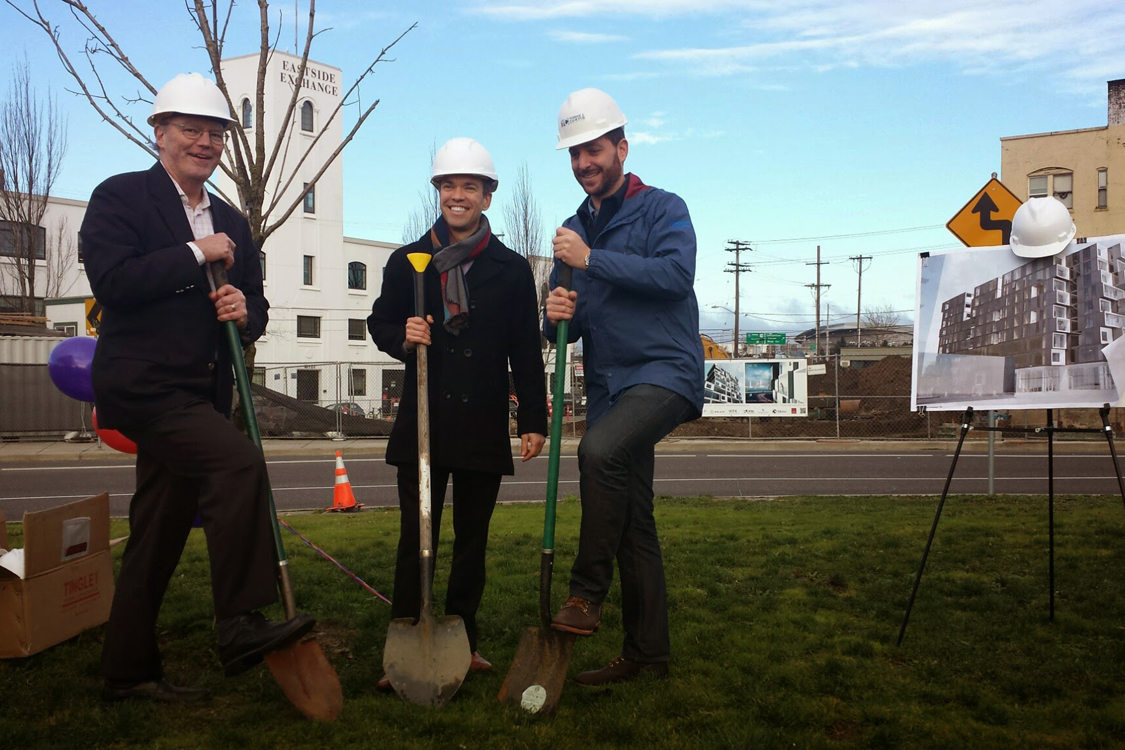 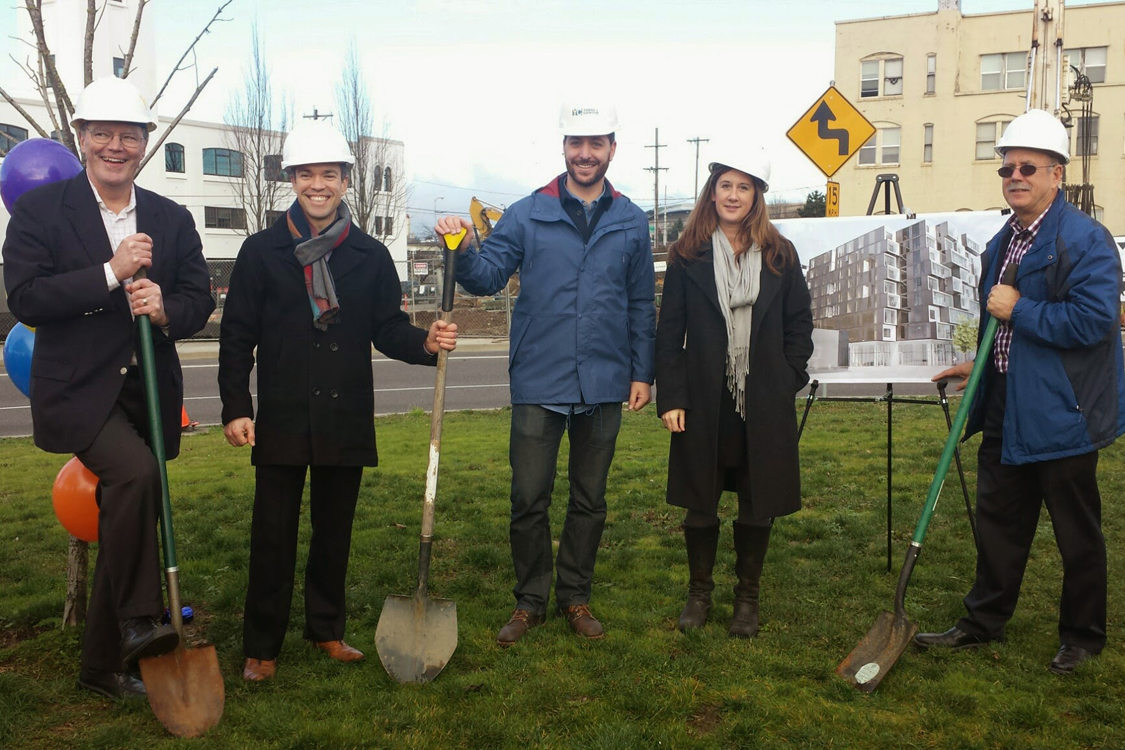 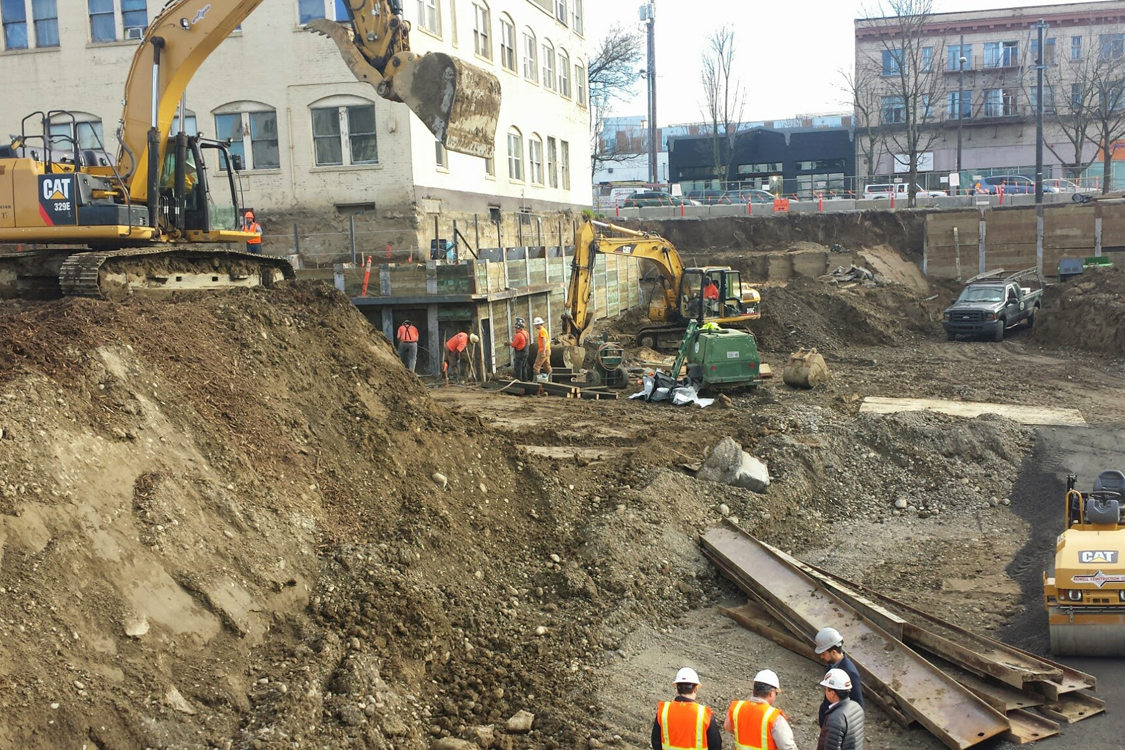 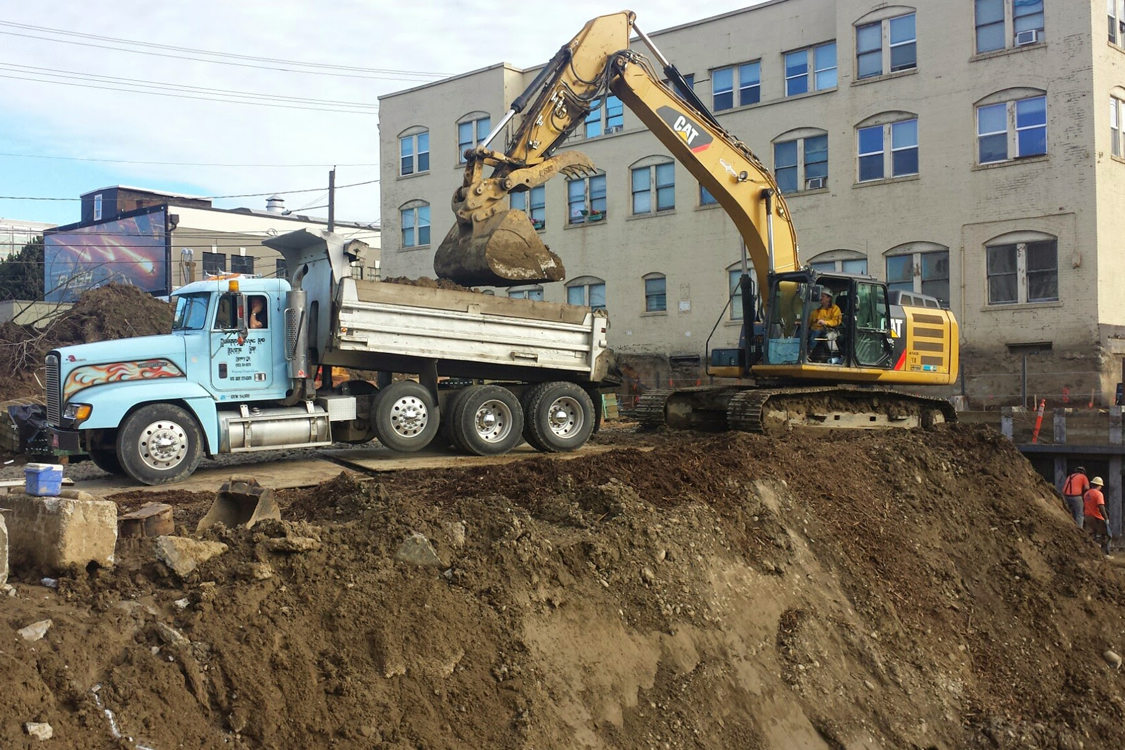 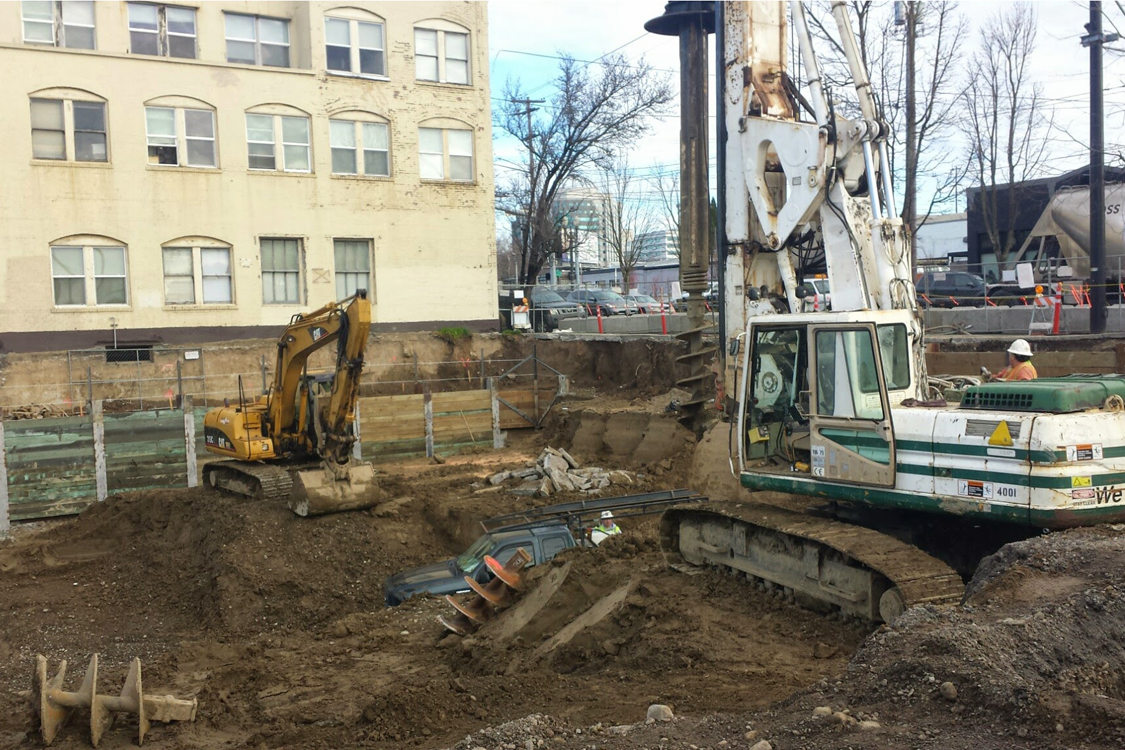 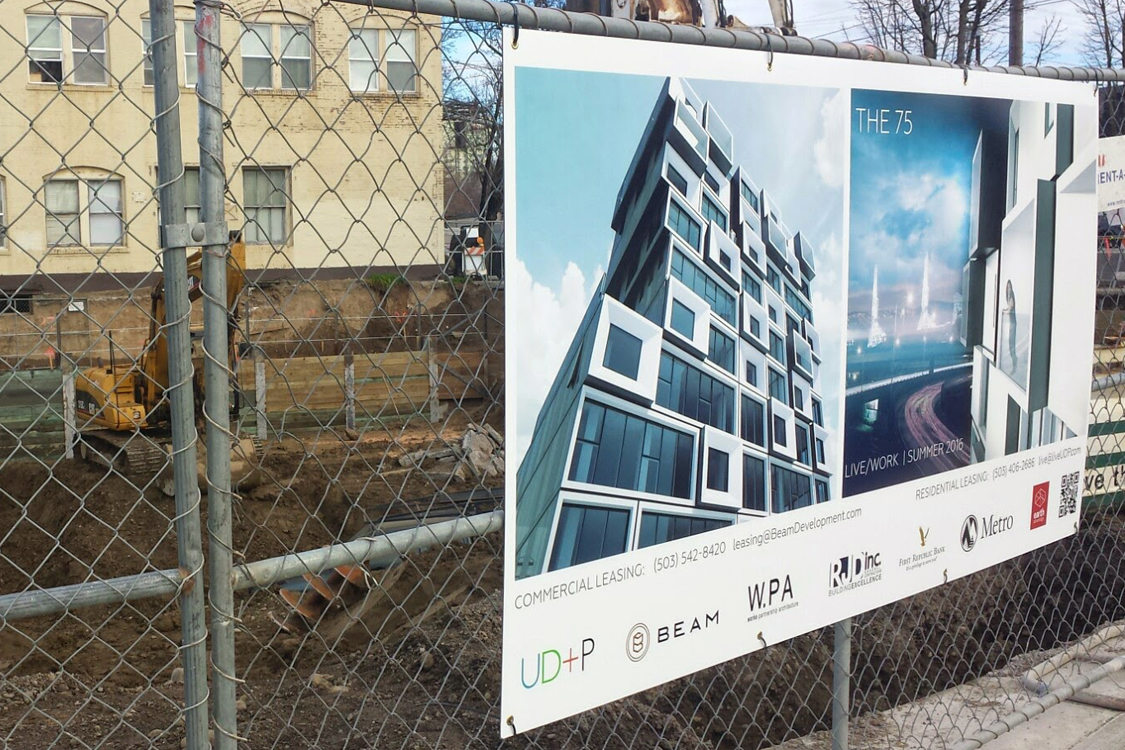 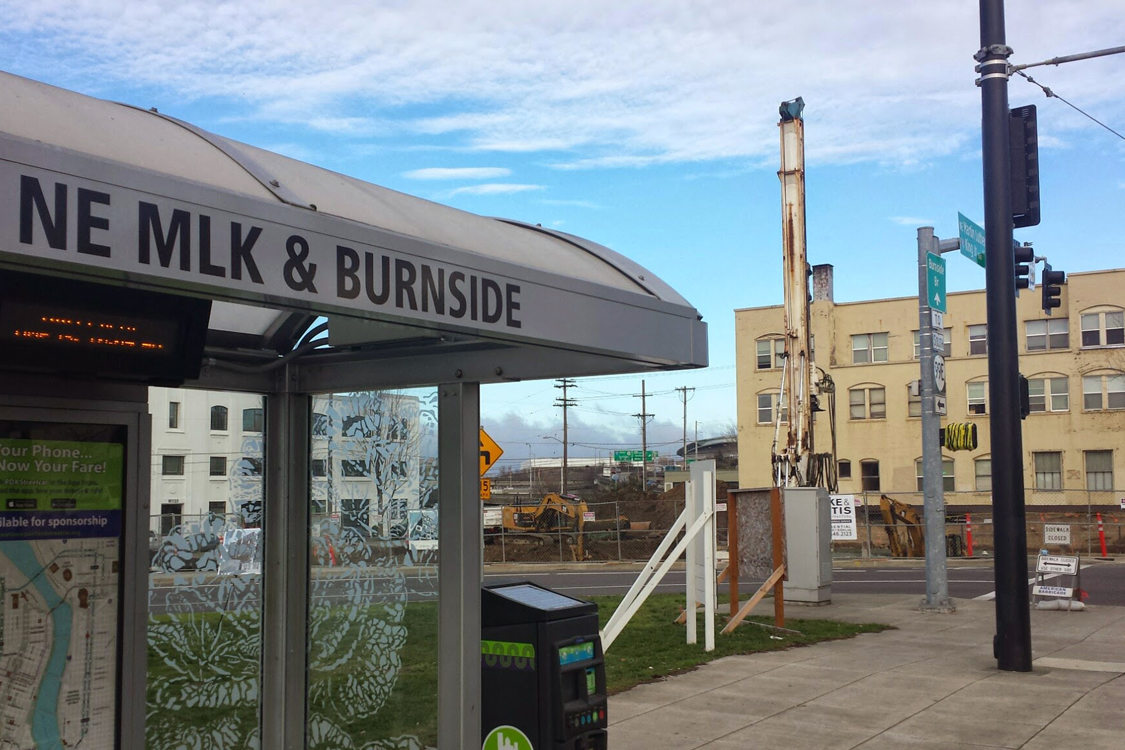 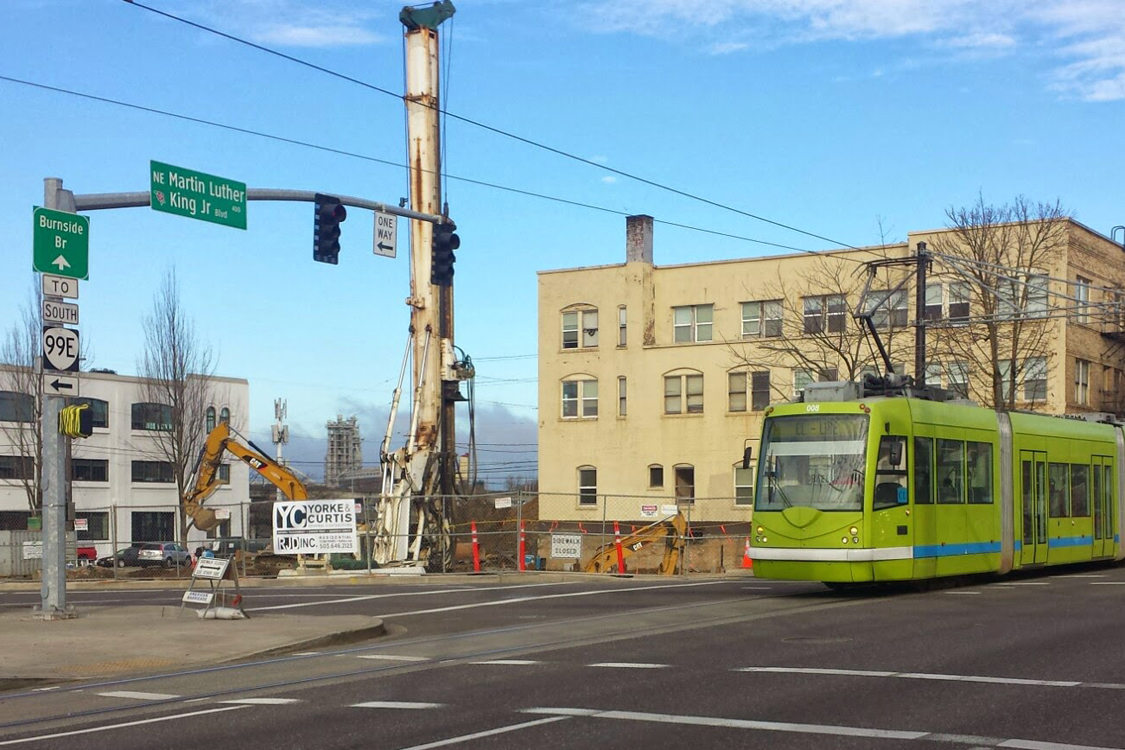 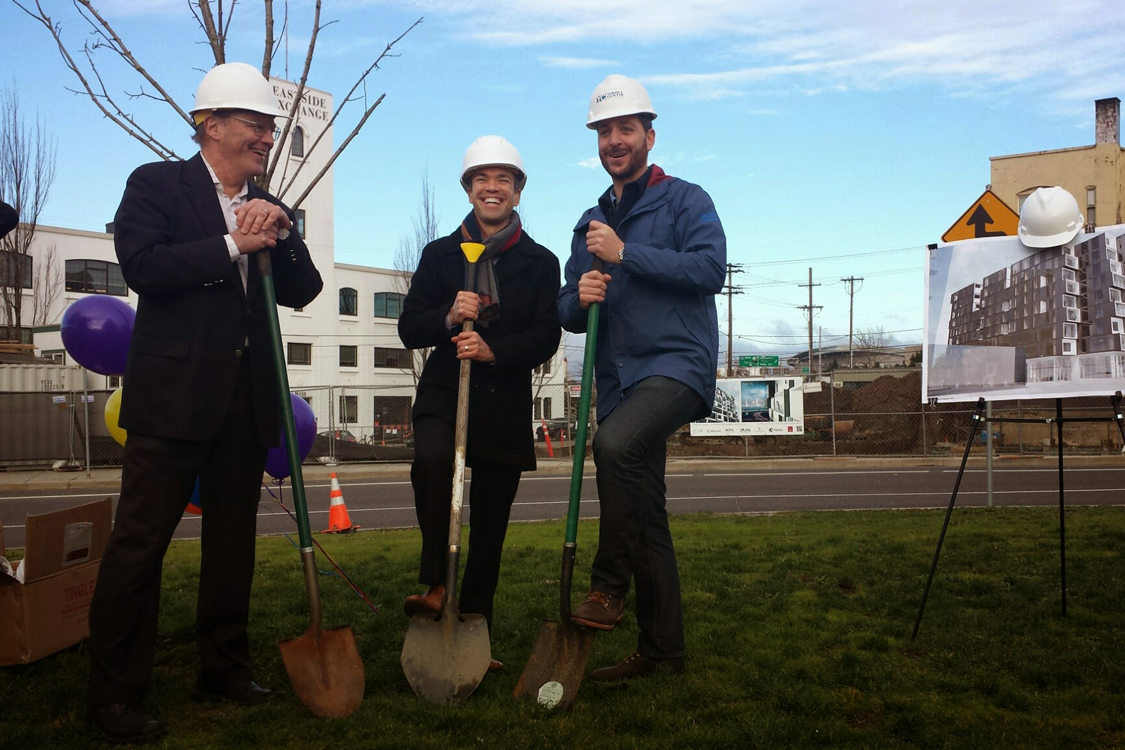 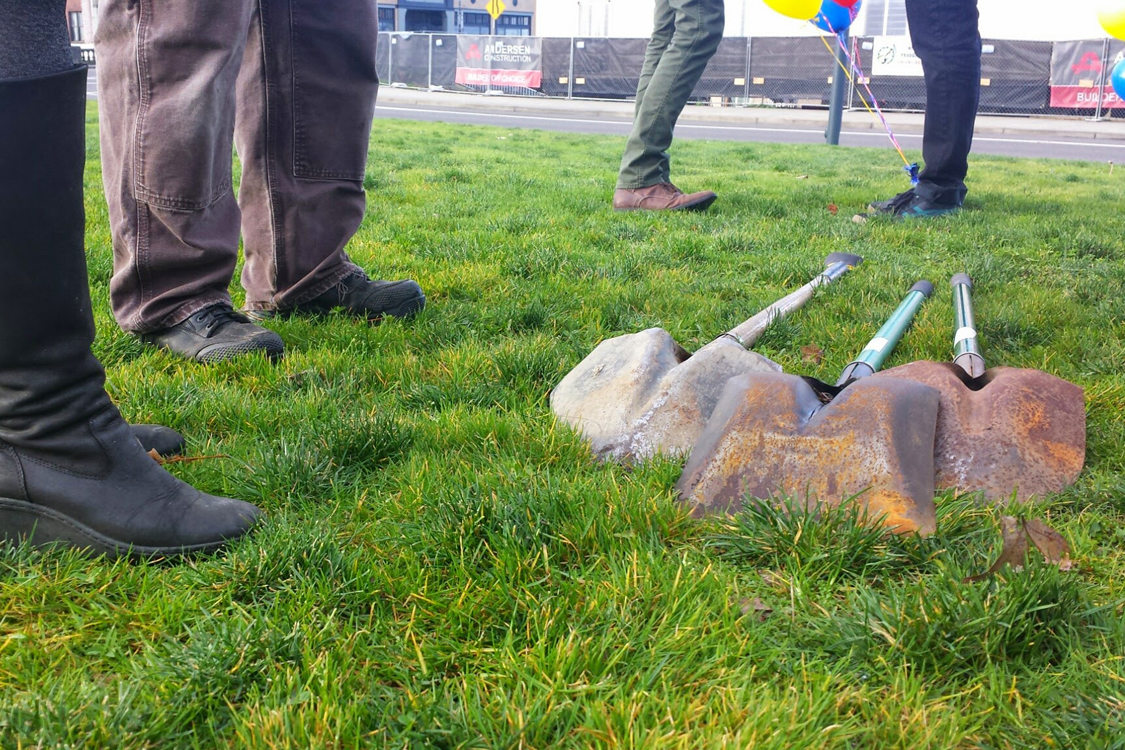 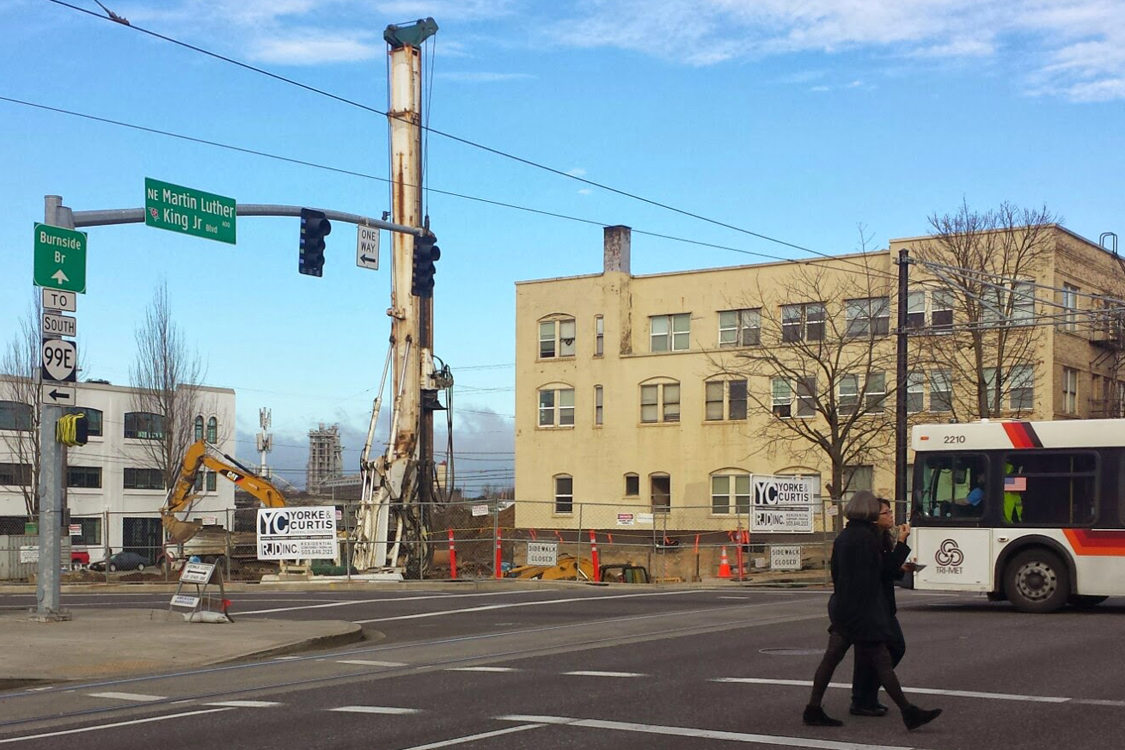 Sparking the potential of Portland’s Central Eastside has long been a goal of local leaders, planners, and developers. A new partnership between the Portland Development Commission, Metro and private developers may be turning the corner on the revitalization of this historic district.

Nestled among cranes, empty lots, and deteriorating buildings along the curve where NE Couch Street joins the Burnside Bridge, Block 75 is set to be a 10-story mixed-use building home to retail, restaurant and residential space.

Block 75 is a project of a larger plan to revitalize the Central Eastside neighborhood. Between 1998 and 2006 the Portland Development Commission bought four blocks at the east end of the Burnside Bridge for $11 million.

From the acquisition of these four acres of land was born the commission’s Burnside Bridgehead Framework Plan. Working in partnership with private developers, the commission is phasing the development of each parcel with a goal of catalyzing development throughout the Central Eastside by investing in this early infrastructure and long-term growth.

“The series of dynamic projects at the Burnside Bridgehead, a major gateway to downtown Portland, is testament to the value of vibrant, transit-oriented development that continues to make Portland a very livable community,” Rep. Earl Blumenauer, D-Ore., a former Portland City Commissioner in charge of public works, said in an email.

Beam Development and Urban Development + Partners have teamed up to bring this $35 million project to life, with design by Works Partnership Architects. Jonathon Malsin, general manager at Beam, and Eric Cress, principal at UD+P, both credit an alignment of values in the success of the project.

In addition to expectations for activating economic and employment growth in the area, the transit-focused design is anticipated to encourage 30,000 additional transit trips annually, a focal point of the Metro transit-oriented development program that the project leveraged.

Before Metro’s $500,000 investment in the $35 million project, Block 75 was designed to be a six-story mid-rise. The site shares a corner with the CL streetcar line, a plethora of Tri-Met bus routes, and sits a half mile from the convention center MAX station.

Block 75 is one of several projects Metro’s transit-oriented development program has invested in in the Central Eastside district, including two retail/office buildings, the bside6 and the Burnside Rocket. Metro’s program also supported the funding of the Central Eastside Lofts, a residential/retail building believed to be the first new residential development in the district in nearly 20 years.

This is not the first partnership for Beam Development and the Portland Development Commission in the Burnside Bridgehead area. In 2010 Beam started pre-development work to renovate the Eastside Exchange, formerly the Convention Plaza building, saving the historic property from other proposals for demolition.

Since 2009 Beam has acted as strategic advisor in the development of the PDC’s Framework Plan, an arrangement which guarantees them exclusive negotiation rights on a minimum of 20 percent of the plan land.

Other partnerships in pre-development on the PDC’s land include a recent agreement with Guerilla Development for the Fair-Haired Dumbbell, a creative office/retail space in two “gift-wrapped” towers, which will sit on a block of its own across from Block 75.