Last night, a Metro advisory group voted to send a recommendation to Council to make investments to address traffic, safety, climate and equity in the Portland area's transportation system. The investments in the proposed package reflect a significant increase from a Metro staff recommendation in October.

The Transportation Funding Task Force recommendation goes to Metro Council in January. The Council is considering referring a transportation funding measure to the November 2020 ballot.

The Task Force was appointed by Metro Council President Lynn Peterson to develop transportation priorities for investment around the region. It is comprised of community stakeholders, including business owners, nonprofit representatives and elected officials.

Since January of this year, the task force has met regularly to advise the Council on a possible 2020 funding measure addressing traffic and safety on some of the region’s most dangerous and congested corridors. One major focus among members has been how to make it easier to bike, walk, or take public transit, as well as how to reduce traffic in key areas. Ensuring improvements benefit communities historically excluded from investment has also been identified as a priority.

After several months of robust conversation on ways to improve the region’s transportation system while also addressing issues of equity, climate change, and safety, the advisory group finally sat down for a vote on a package to recommend to Council. According to Metro staff, of the overall package of investments, 56% is transit-related, 38% safety-related and 79% have an equity focus.

During the three-hour meeting, the committee discussed projects and voted on the overall Metro staff recommendation for all 13 corridors. The task force unanimously approved about 80 percent of the package.

Marcus Mundy, executive director at the Coalition of Communities of Color, said he wants to see all projects lead with equity, the environment and safety. This plan is “ambitious, it’s optimistic, but it is possible,” he said. “As long as we adhere to our values from the front end and apply the funding using these metrics then we’ll help ourselves and our region.”

After the initial vote of the largest portion of the package, members voted on a few individual corridors, two of which received unanimous support - 82nd Avenue and Sunrise Corridor. There was discussion regarding key concerns such as displacement, which Commissioner Chloe Eudaly raised during discussion of the Sunrise Corridor investment. Many members agreed this is a concern and should be considered with every project proposed.

Task force co-chair and Washington County Commissioner Pam Treece said the meeting and vote went so well because of the time members have spent thoughtfully listening to one another, “This task force had bigger ears than they had mouths for the most part and that’s what makes a good task force.”

Treece said that while she hopes to see investments in the communities she serves, she sees the plan as cohesive for all three counties that rely on another as a transportation system.

“I also think it’s important to recognize that our job is to respect the needs of all parts of our region, Treece said. “A complete package that will be meaningful to everybody.”

Metro staff reported prior to the vote that the proposed funding, over the course of 20 years, would provide at least 86 miles of safety investments in high-injury corridors.

“I thought today went really well and I was pleased by the initial unanimous vote for the core package,” said Nolan Leinhart, a planning director at the sustainability architecture firm ZGF. “I think it reflects a lot of the hard work that everyone’s done to get to this point.” Leinhart added that the meeting “felt like a big milestone.”

Following this vote, the task force has more meetings scheduled and will continue to discuss transportation investments. The next scheduled meeting is January 15th.

Learn more about a possible 2020 transportation funding measure to get our region moving. 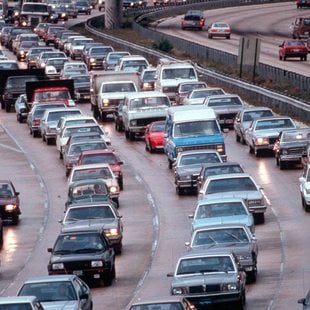 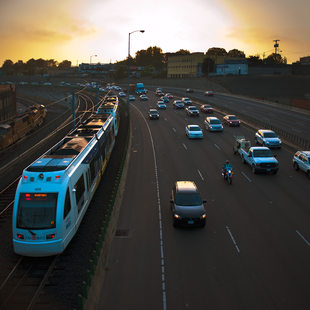