There are a couple dozen stores across greater Portland that sell used building materials. Many are stocked with everything from lumber and light fixtures to cabinets and sinks, like the ones pictured here at the Habitat for Humanity Restore in Gresham.

Mary Reese is checking out the tile selection at the newly-opened Habitat for Humanity ReStore in Gresham. She holds one up to her companion and says: “This is nice but it’s kind of a yellowish color and I’m looking for a grey.”

Reese is contemplating a small bathroom remodel – it’s just an idea at this point – but she’s enjoying browsing the new store for inspiration.

It’s a huge space – the biggest ReStore West of the Rockies – and it’s full of possibility. There are boxes of unused tile, doors of every shape and size, plumbing fittings, kitchen and bathroom cabinets, and giant rolls of never-used glossy wallpaper.

Brieana Weaver, the Gresham store manager, points to an intricate wooden model house. “That came from the City of Gresham’s planning or zoning department,” she says. “We’re thinking it could be a glorified chicken coop or doll’s house.”

Up to a quarter of trash comes from construction and demolition

There are a couple dozen stores across greater Portland – nonprofits like the ReStores, and for-profits – stocked with building materials pulled from houses, commercial buildings, schools and manufacturing facilities. These materials are often referred to as salvaged or reclaimed. Some stores specialize in specific materials, such as hardwood flooring or clawfoot tubs, but many sell everything from tongue and groove floorboards to toilets to teardrop crystals for chandeliers.

Still, many building materials that could be salvaged ends up tossed instead. Bryce Jacobson, senior waste reduction planner at Metro, says the piles of stuff that stack up in construction, demolition and renovation projects make up between 20 and 25 percent of all the waste generated in greater Portland. Some is reused. Some is recycled. A lot goes to landfills.

That could change. The City of Portland now requires that houses or duplexes built before 1917 be fully deconstructed rather than demolished, and that reusable materials are salvaged. And as deconstruction rates grow, the number of outlets that buy and sell architectural salvage and reclaimed building materials is growing, too.

Jacobson says that keeping building products out of landfills is good for the environment because it saves natural resources such as wood and metal, and reduces the demand for energy and raw materials needed to make new products. In addition, he says, older materials are often higher quality.

But making sure you can salvage materials or use salvaged materials in your project takes a little forethought.

To salvage or to reuse, timing – and time – are key

There are two key junctures in a project where it’s possible to ensure maximum reuse: the taking apart of something old, and the building of something new – or new to you.

Looking for places to buy, sell or donate salvaged building materials? The list in Metro’s Construction and Salvage Toolkit starts on page 81.

“Planning ahead is key,” says Jacobson. “It doesn’t take long to crunch your old kitchen cabinets with a piece of wrecking equipment.” But, he says, if you plan to save, sell or donate those cabinets, it takes more time to carefully remove them, and keep track of all the pieces. Deconstruction, says Jacobson, usually takes a little longer than demolition.

On a recent sunny afternoon in North Portland, the donation bays at The Rebuilding Center are busy.  A woman drops off lights and a clock that she wants to keep out of the landfill. A man unloads a bathroom sink from the back of his pick-up. “There is nothing at all wrong with it and we thought somebody else could use it,” he says.

At the back bay, Greg Olson was dropping off three 1924 doors – “probably Douglas Fir” – from his home. He’s a customer at the Rebuilding Center too. “You can’t live in a 1924 house without doing some rehabbing," he says. He has bought period lighting and door hardware here for use in past projects.

There are many ways to work deconstruction into a project, whether you’re doing it yourself or working with a contractor. Many stores that trade in used building materials offer deconstruction services too. For a fee, a skilled crew can remove cabinets, trim, appliances and other reusable products or materials, usually with the sale or donation to their store built into the deal.

Of course, not everything is reusable, says Jacobson. It would be hard, for example, to find a place that takes aluminum-frame windows from the 1970s, or high-flow toilets, because they no longer comply with modern energy codes. And items that contain toxic or hazardous materials like asbestos don’t go in the salvage pile either. They should be handled with care and disposed of properly.

And if you want to buy something used or out-of-the-ordinary to incorporate into your new kitchen, be prepared to spend some time hunting for what you need. Mary Reese, checking out the tile possibilities way in advance of her remodel, has the right idea.

Jacobson compares shopping for salvaged building materials to thrift or vintage shopping, and advises shopping early and often. “Stock changes from day to day and quantities can be limited,” he says. “The list of stores is growing and that makes it easier to find what you need, but the region’s supply chain for used building materials is still a work in progress”

Also, he says, find a contractor willing to work with you, one who’s willing to deconstruct and salvage materials, as well as incorporate reused items into the new space.

Salvage versus trash: Costs can even out

Recycling construction waste is usually cheaper than disposing of it as garbage but in some cases, says Jacobson, re-routing the materials for reuse can help offset the costs of deconstruction. Take lumber: It could be recycled into industrial fuel chips. But reusing it as lumber not only conserves resources, it could also mean money in your pocket, whether you choose to sell it, or use it yourself instead of buying new lumber.

In fact, many reclaimed building materials are much cheaper than new ones, though sometimes there are costs that come along with retrofitting them. That gorgeous old door, for example, might need a visit from a skilled door mechanic to mortise new hinges, bore for a lock and build a new frame.

But sometimes value goes beyond cost. “A lot of times,” says Jacobson, “reclaimed material comes with a story.” And for some, these stories add something that can’t be summed up in dollars and cents: character. The Douglas fir flooring on Jacobson’s porch is more than a hundred years old and comes from a long-shuttered Catholic grade school that was deconstructed in North Portland. “You can still see the scrapes from the kid’s chairs,” he says.

At the Gresham ReStore, Weaver stands in front of three solid fir doors salvaged from the Kennedy School, an old building in Northeast Portland that was refurbished into a hotel-theater-pub combo. “Things that are built to last should be reused,” she says.

Related stories
Before a home improvement project, asbestos testing may be required 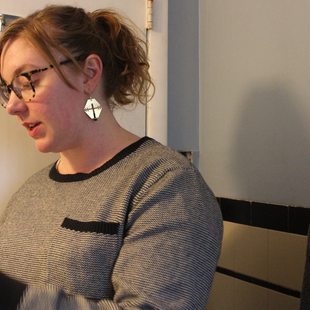 Before a home improvement project, asbestos testing may be required