"Sista in the Brotherhood" film and panelists provide insight to contract inequalities, ideas for progress

"Sista in the Brotherhood" film and panelists provide insight to contract inequalities, ideas for progress

Amy James Neel was in her 20s before she settled into her chosen career path, decades of carpentry that would lead to teaching construction skills to other interested women.

“I did not know I wanted to be a carpenter until I saw one,” she said of seeing a female role model in the profession. “And I was over 20 years old.”

Neel joined four other panelists April 19 at Metro’s screening of "Sista in the Brotherhood," a short film by Dawn Jones Redstone and Portland State University professor Roberta Hunte, portraying a day in the life of a black woman in construction work. After the movie, panelists described their experiences working with and in the industry.

Metro hosted a screening of this movie to highlight the diversity issues the industry still faces and discuss what can be done about it.

“Women came in in high numbers and were very eager to do the work,” she said. But, it wasn’t that easy.

The film showed how women and people of color on the contract scene have been, and often still are, met with hostility.

“Before a woman... steps a toe on the jobsite, there are gendered and racial implications to her job-readiness,” Neel said. For Laneice, the movie’s heroine, the first challenge was even being taken seriously as skilled worker.

“I don’t know how many times she’s called a quota,” Neel said. “They weren’t investing in her skillset, they knew she was there just to meet some number on a page somewhere and they’re most likely going to lay her off the minute they get the hours to meet the goal."

However, people like Laneice do have support systems available.

Michael Burch of the Pacific Northwest Regional Council of Carpenters described an advocacy program within the United Brotherhood of Carpenters, Sisters in the Brotherhood.

“They provide support, they provide job placement, they provide information on how to survive on jobs,” he said. “If this young lady had known about Sisters in the Brotherhood, she probably would have had some moral support, and probably a rep show up on that job and straighten those folks out."

Oregon has had a lot of advocacy from different groups to raise the number of women and people of color on construction job, Hunte said. Whereas the national average of women in the trades is less than three percent, within the state it is closer to seven percent.

“It sort of demonstrates that if you give women the opportunities and the support, they want the work,” Neel said.

So what can be done to make things better? What can public agencies do to jointly address the issues raised in the film?

Metro procurement manager Gabriele Schuster said that the first step is “understanding what the needs are, because understanding that will help us form the policies.” To do that, she said, it takes getting out and talking to the people living those realities, and participating in events such as the screening.

Schuster also said that local governments need to collaborate with each other and with contractors and subcontractors to form partnerships and create a pipeline.

Just setting goals, she said, won’t change the complex, integrated system of barriers to women and people of color in the trades.

“You have to set a policy," Neel said. "You have to know what that policy is and stick with it, and you demonstrate success.” 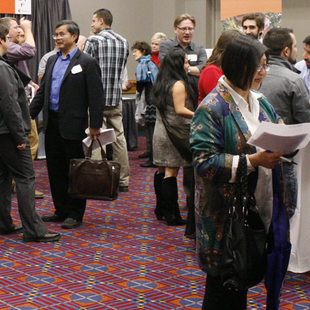 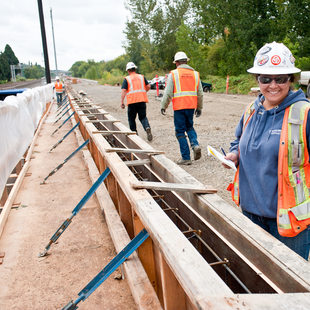 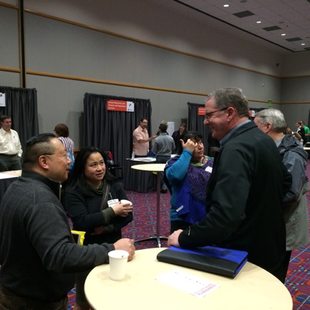