The secret, underground lives of mushrooms 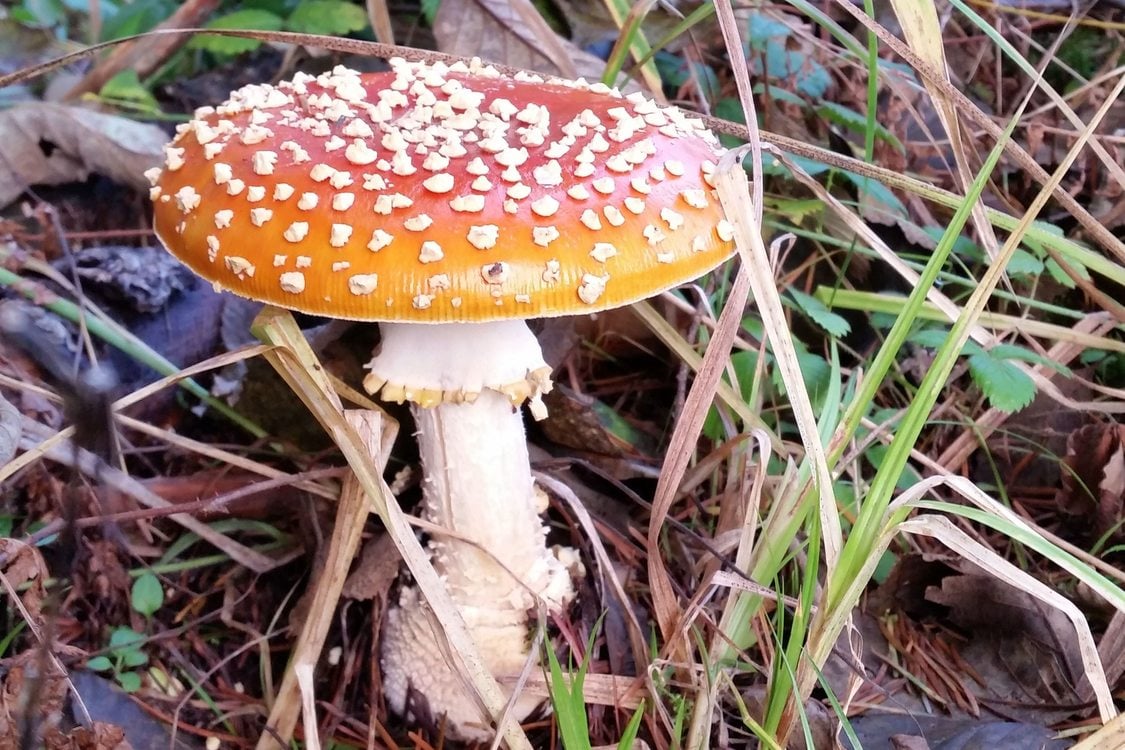 The mystical mushroom of fables and lore, fly amanita is poisonous in North America. 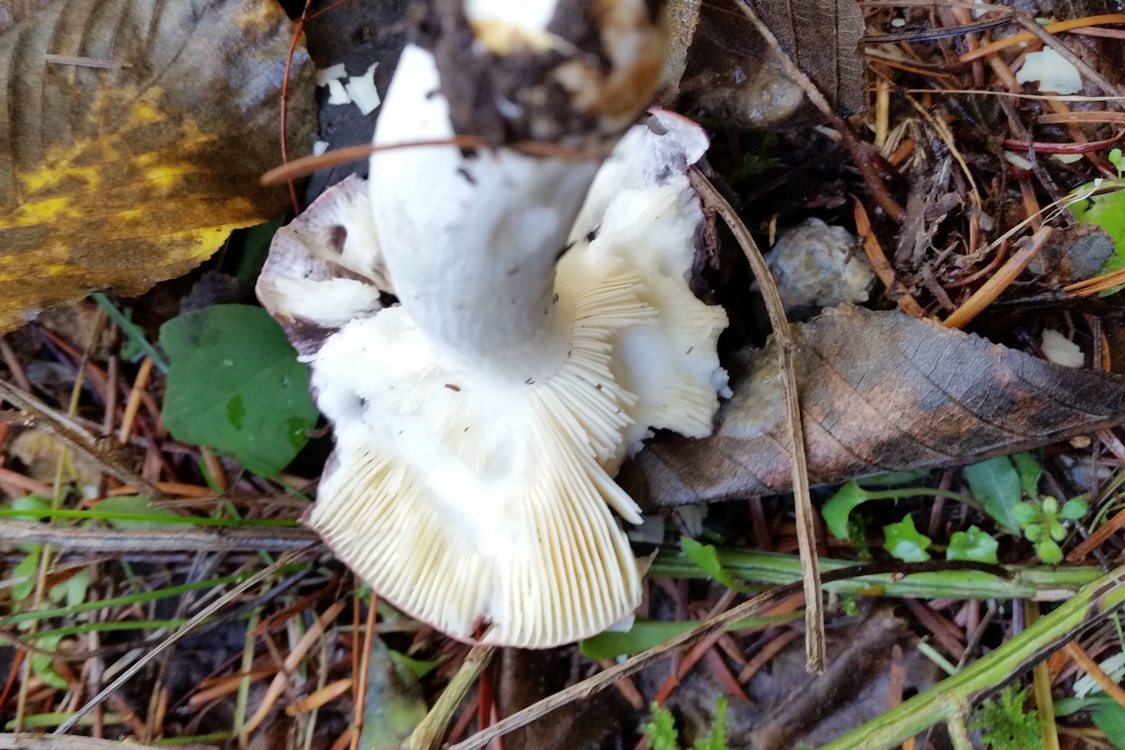 Edible to people and wildlife, this shrimp mushroom bears the sign of rodents feeding.

Edible to people and wildlife, this shrimp mushroom bears the sign of rodents feeding 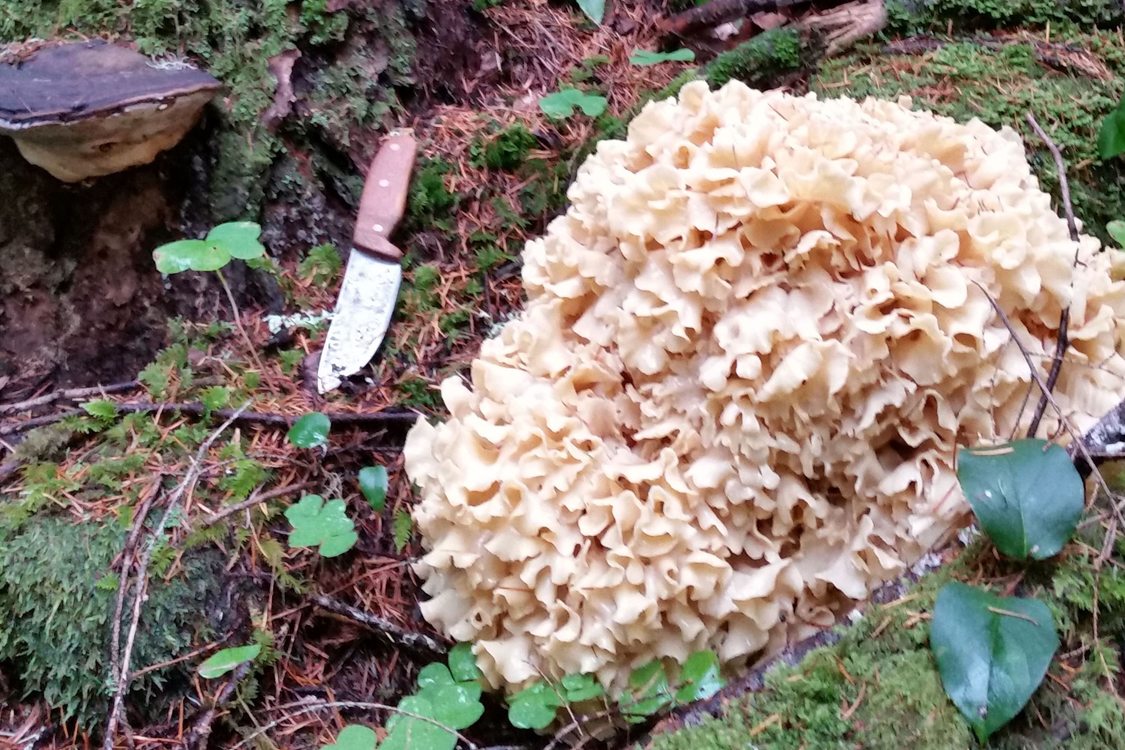 Edible and delicious, this cauliflower mushroom weighed more than 20 pounds.

Edible and delicious, this cauliflower mushroom weighed more than 20 pounds. 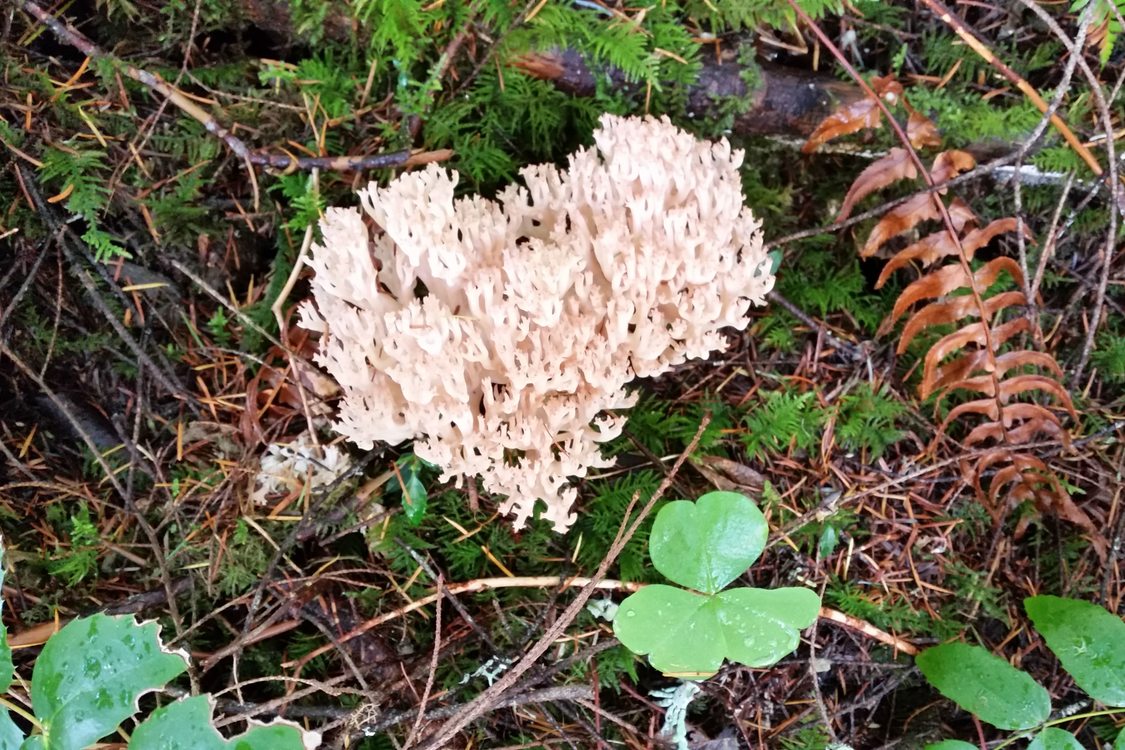 While some coral mushrooms are edible, watch out for a lookalike with a bitter and burning taste. 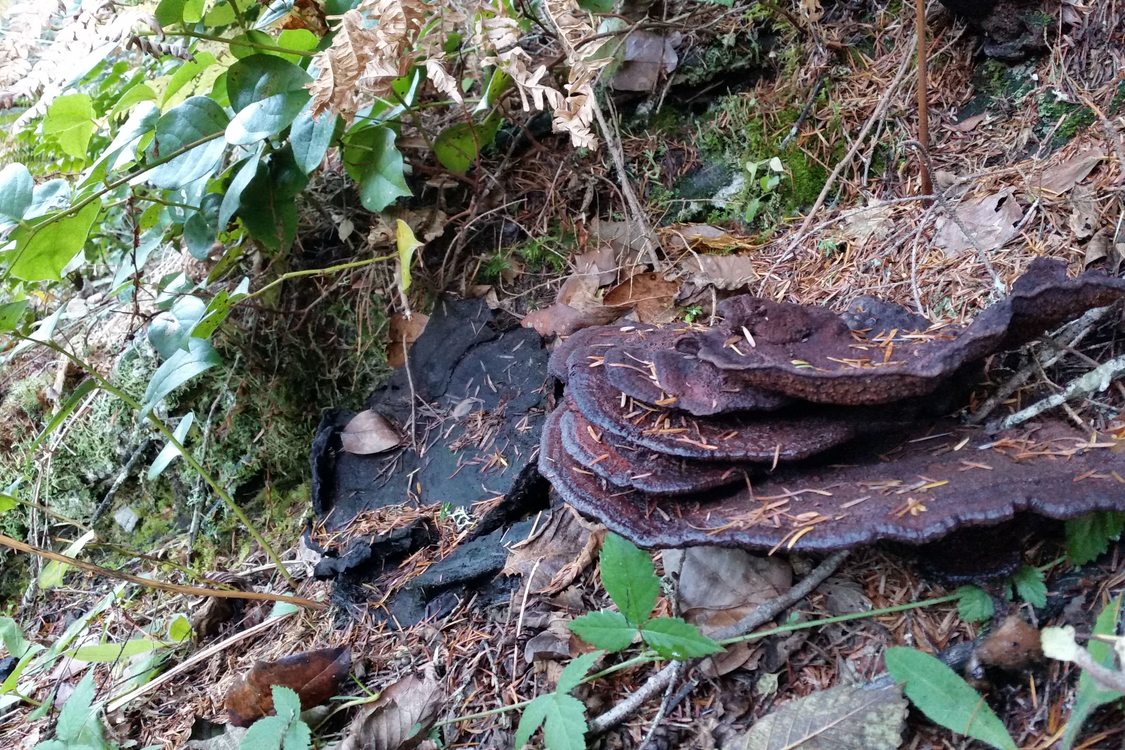 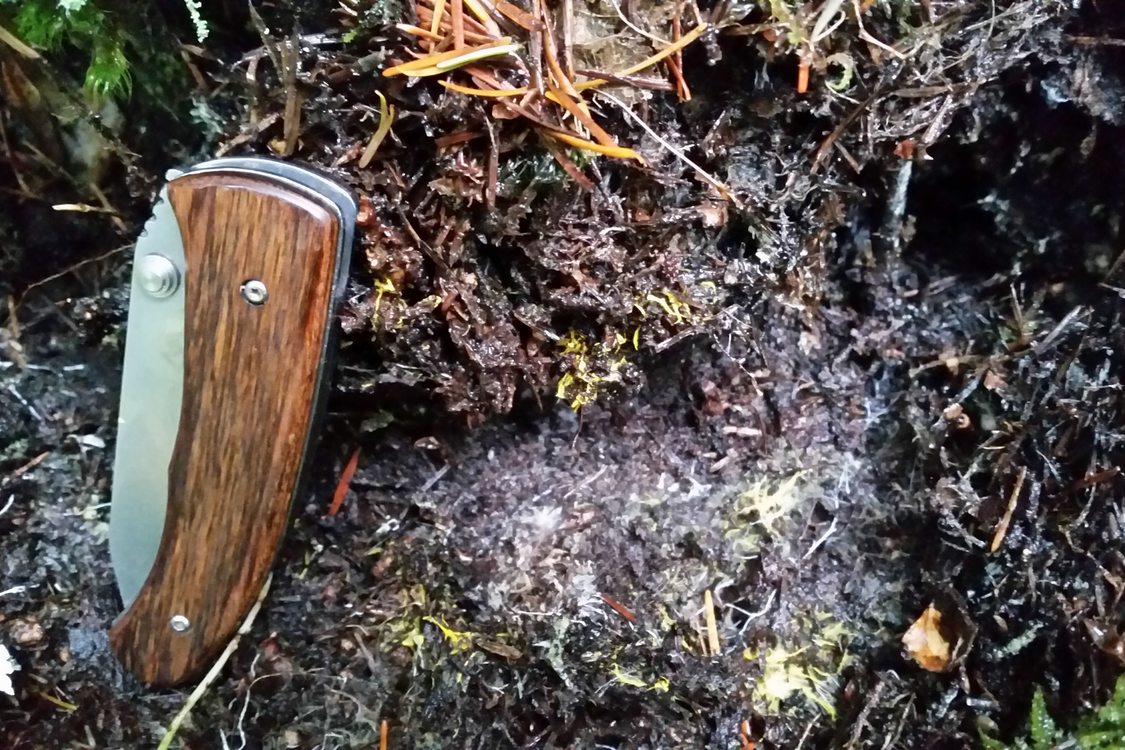 Mycorrhizal fungi are “root fungus” that attach themselves to the tips of the plants roots. By secreting enzymes, the fungi break down all kinds of dead organic material and bring the nutrients and water to the roots.

Mycorrhizal fungi are “root fungus” that attach themselves to the tips of the plants roots. By secreting enzymes, the fungi break down all kinds of dead organic material and bring the nutrients and water to the roots. 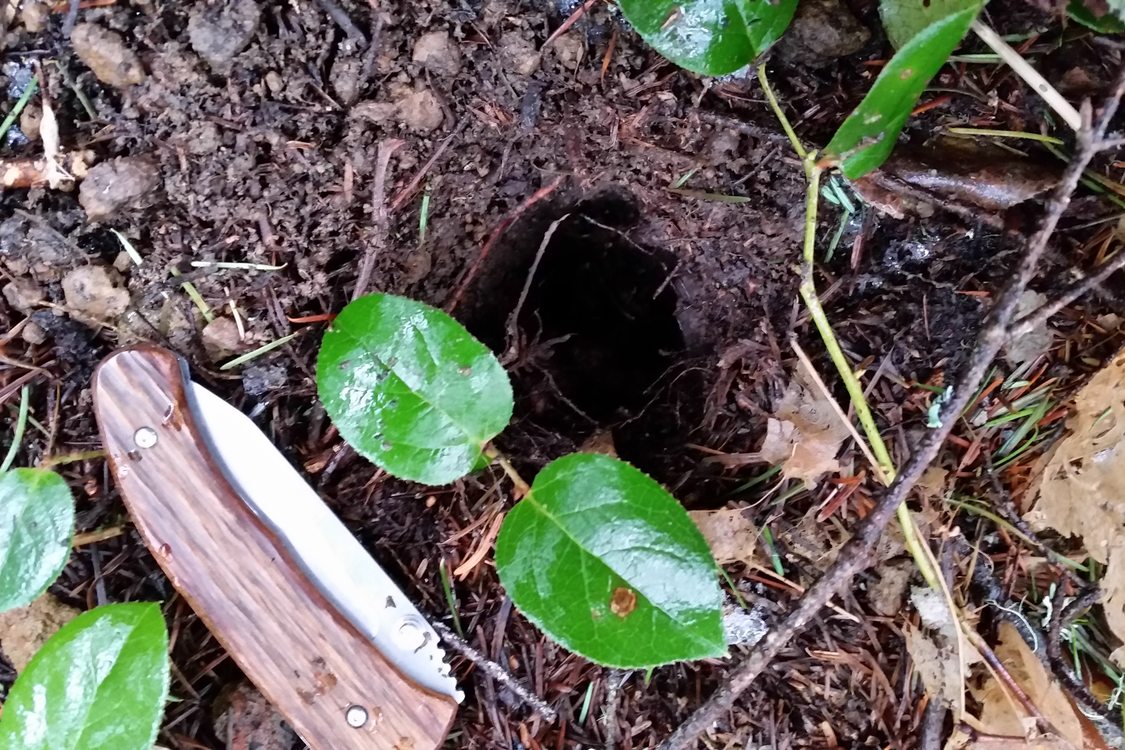 A Northern flying squirrel leaves behind a small rounded hole after unearthing a truffle.

A Northern flying squirrel leaves behind a small rounded hole after unearthing a truffle. 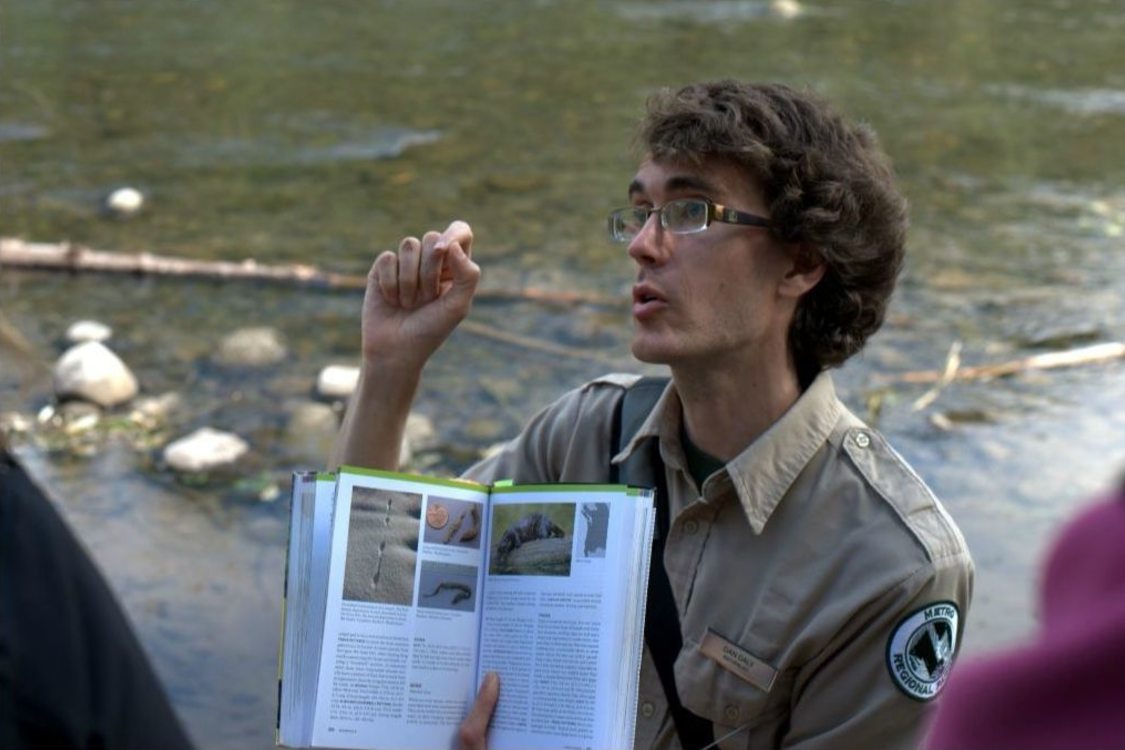 Naturalist Dan Daly will teach a series of three wildlife tracking classes in October and November.

Naturalist Dan Daly explains the secret, underground lives of mushrooms and their great value and importance to ecosystems.

The secret, underground lives of mushrooms

Mushrooms are a curious thing. When the rains of autumn return to our area, they seem to come out of nowhere, then fade into the soil as winter takes its soggy grip.

The showy mushrooms that adorn the forest floor are merely the obvious part. Fungi have secret lives, and what they do underground easily rank higher than salmon or wolves in terms of value to the ecosystem.

The next time you walk down a wooded lane, peel back the leafy layer and take a pinch of rich forest soil. Breathe deep. If the place you are in has “the right stuff,” you are holding more than 1 billion organisms between your finger tips.

We know more about the stars in the sky than we do about what’s happening in that one little pinch of soil. Yet what we do know should be fascinating enough to hold your attention beyond the lack of fur, feathers or scales that often hook the nature admirer. While salmon take nutrients from the ocean and carry them high into the mountains, fungi are like invisible workhorses beneath the forest floor, quietly performing dozens of functions upon which the forest as a whole depends.

Every gardener knows that plants need nutrients, such as nitrogen and phosphorous, to grow. While there are plenty of nutrients in the forest, they are mostly unavailable to plants because they’re tied up in the dead wood, leaves and needles that lie about the forest floor. To bridge this nutritional gap, a marriage of sorts has developed between communities of fungi and trees, and the entire forest prospers because of it.

Mycorrhizal fungi are “root fungus” that attach themselves to the tips of the plants roots. If the forest you are in has plenty of dead wood on the ground, turning over the leaf litter will reveal what looks like a yellow or whitish mold woven into the organic layer of the ground.

Like a network of tiny spider webs that penetrate the soil, fungal threads are much finer than root hairs and increase the root’s surface area by up to 1,000 times. By secreting enzymes, the fungi break down all kinds of dead organic material and bring the nutrients and water to the roots.

Seen any green fungi lately? Unlike plants, fungi have no chlorophyll – the stuff that makes leaves and needles green – and can’t make sugar from sunlight the way trees do. In exchange for nutrients and water, trees send life-giving sugars down to its roots to feed these fungi.

It’s a relationship 600 million years in the making. Current theory holds that fungi were first to leave water and to pioneer life on land 1.3 billion years ago. Plants eventually followed, and their success was bolstered by partnering with fungi. Today there are more than 2,000 species of fungi in cahoots with the roots of Douglas firs alone.

Think of a mushroom as being like an apple on a tree. It’s the fruit of the fungus, a reproductive structure that entices animals or uses the wind and rain to spread around its spores.

Whether the fungi hide their fruit beneath the forest floor in the form of truffles, or push them above ground in the form of chanterelles or boletus, mushrooms provide a banquet of protein-rich food for wildlife, such as flying squirrels, elk, black bears, slugs and insects. These creatures in turn carry the spores and deposit them in nutrient-rich packets that we call scat. As these break down, the spores trickle into the soil and inoculate the tree roots below.

Researchers are finding that communities of fungi change and are simplified when a forest is logged. Nowadays when saplings are planted on a reforestation project, the roots are often pre-inoculated with fungi because it boosts the saplings’ chances of survival. In fact, none of our native conifers can survive without these root fungi.

So the next time you gather a basket of delectable forest fungi or gaze at the towering trees dominating the horizon, pause for a moment to think of the universe that’s unfolding in that six-inch layer of soil beneath your feet.