Metro will lead an effort to develop a ballot measure with the public and partners around the region, with November 2020 as a potential target.

The soonest regional voters could consider a funding measure to fix greater Portland’s traffic problems and improve walking and biking safety around the region will be November 2020, regional leaders announced this week.

TriMet will not proceed with a proposed $1.7 billion bond measure on the November 2018 ballot. Instead, Metro will lead the effort to develop a ballot measure with the public and partners around the region, with November 2020 as a potential target.

In two public meetings this week, transit and regional leaders underscore: they are not starting over from scratch.

“The bottom line is we have made an enormous amount of progress,” said TriMet general manager Neil McFarlane.

“The bottom line is we have made an enormous amount of progress,” said TriMet general manager Neil McFarlane at a Nov. 13 meeting of a finance subcommittee of Metro’s Joint Policy Advisory Committee on Transportation. That’s where McFarlane first announced that TriMet would take a step back to let Metro lead a regional effort.

McFarlane maintained that with a growing regional population, greater Portland must still look for regional solutions.

“We can’t just wait for the state and federal government to come and solve our transportation problems for us,” McFarlane said. “We need to have a regional initiative.”

TriMet had originally considered a $1.7 billion bond measure that would pair funding for the SW Corridor light rail project with matching state investments to fix three key freeway chokepoints around the region. But state lawmakers provided most of the funding for two of those freeway projects in a $5.3 billion legislative package this summer.

At a Nov. 14 meeting with TriMet’s community task force, McFarlane called that package a “fabulous step forward in terms of transportation finance.” But he acknowledged it required TriMet to create an alternative package of projects to put on a bond measure.

TriMet convened the community task force and Metro called together the JPACT finance committee to discuss that list of projects this fall. But leaders realized the challenge was greater than the timeline allowed.

“We have more time and we have more latitude now to think about what could be in a measure and how do you fit [different] pieces together,” TriMet public affairs director Bernie Bottomly told the task force about transitioning the effort to Metro.

“The most important thing is being able to fulfill a promise to voters that if they vote for something, it should get delivered,” McFarlane said.

Regional leaders will continue conversations with residents, public partners, advocacy groups, and businesses to develop a vision for what a future ballot measure should accomplish. That will help them get more clarity and understanding about what people in the region need and what would meet those needs.

“The most important thing is being able to fulfill a promise to voters that if they vote for something, it should get delivered,” McFarlane said.

But Metro staff cautioned that even for a November 2020 measure, the timeline is tight.

“We were trying to break the speed of sound and don't quite have the technology to get to 2018,” said Metro policy advisor Andy Shaw. “To get to 2020, we're still trying to break that sound barrier and go as fast as we can. I don't want to leave any illusions that we somehow got all this time to think about the next step."

After McFarlane and other leaders debriefed JPACT and TriMet’s community task force about the transition, members discussed guiding principles for a 2020 measure.

“I'd encourage us to consider looking at the project with an equity lens,” said Duncan Huang, development and communications director at APANO. “We don't want low income folks to feel the heaviest burden and not get anything out of it. That's my biggest fear in this.”

The task force plans to meet again in January to finalize recommendations going forward, which the JPACT finance subcommittee will then discuss. 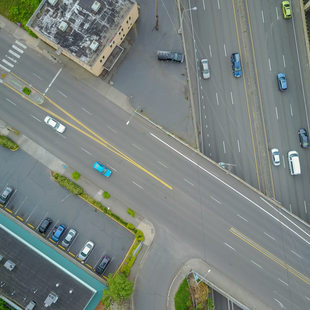 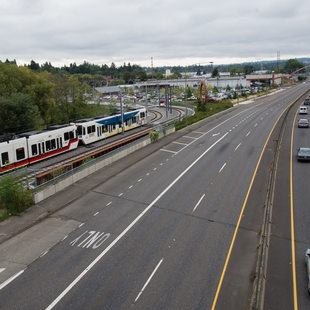 You are here: A snapshot of greater Portland, on the move

You are here: A snapshot of greater Portland, on the move