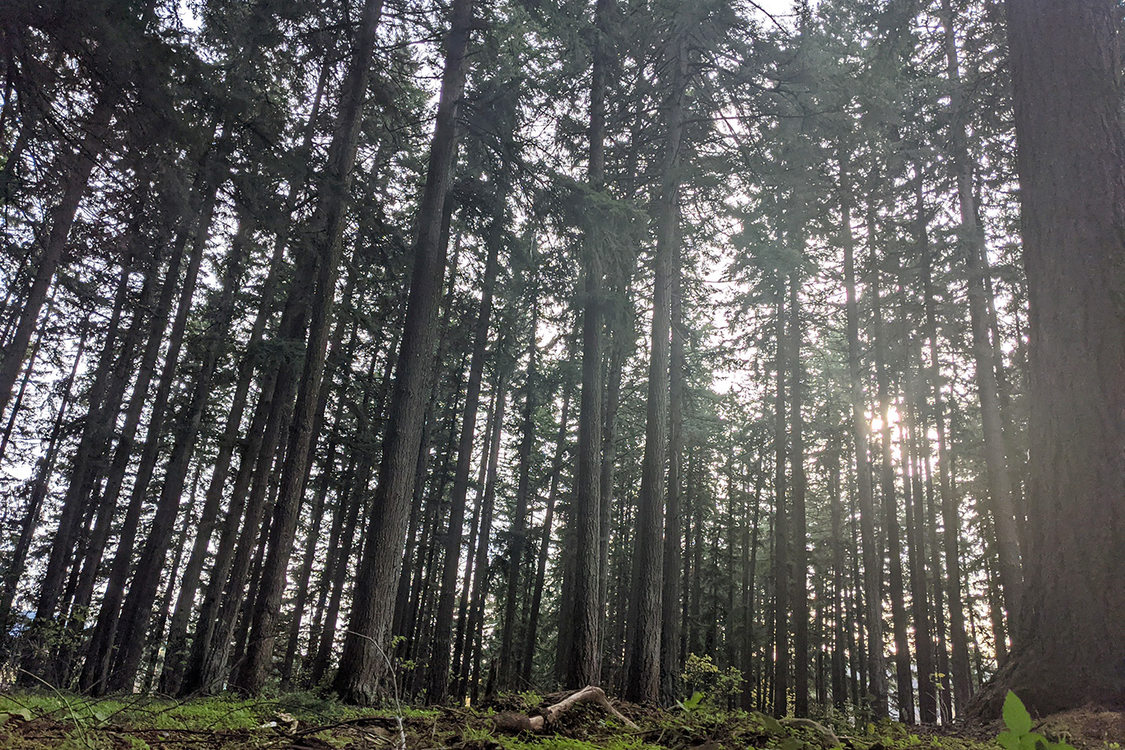 This week, the City of Gresham used funds from Metro’s 2019 parks and nature bond to purchase nearly eight acres of woods and wetlands next to Southwest Community Park. Along with $2.45 million from Metro, East Multnomah Soil and Water Conservation District and state funds helped with the purchase.

The purchase will protect headwaters that run into Fairview Creek and preserve several hundred mature Douglas firs. Big trees protect plants, wildlife and people from high temperatures like those that hit the region this past summer.

“Our community was very, very clear in making their voices heard,” Morales said, adding, “We hadn’t seen this kind of mobilization. It was from a diverse set of communities: Latinos, Black, AAPI (Asian American and Pacific Islander).”

Metro Councilor Shirley Craddick, whose district includes Gresham, said, “I’m pleased this is the first local share funds out the door and that Gresham found a project that means so much to their community.”

The purchase was the first local share project funded by the $475 million 2019 Metro’s parks and nature bond measure, which was passed by voters across greater Portland. The local share program distributes $92 million to cities and parks districts for projects that are important to their communities.

When the region’s voters passed the bond measure, they affirmed that meaningful community engagement and racial equity should be part of every local share project. Both of those criteria were clearly met in the lead up to the purchase.

Over the past year, Shaull Woods was purchased by a developer who planned to build single-family homes on the site. Community members quickly organized to call for the woods to be protected. In May, Gresham released the results of poll asking community members to weigh in on potential parks and nature projects the city could pursue. Shaull Woods was the clear favorite.

Morales appreciated the community-led drive. “They really mobilized making protecting this property a priority, putting it on my list and the city’s list,” he said. He added, ““It demonstrates the best of what government can do when it listens to people.”

Metro’s parks and nature director, Jon Blasher, said, “It’s exciting to have the opportunity to have this voter-funded initiative to invest in what communities see is important to them.”

The neighborhood around Shaull Woods, which is a few blocks northeast of Powell Boulevard and 182nd Avenue, is one of the most diverse in all of Oregon. Morales points out that roughly 40 percent of the community are people of color and that more than 70 languages are spoken.

The neighborhood faces a lot of challenges. Morales said that one in five community members live below the federal poverty line, much of the area is a food desert and of the seven Oregon ZIP codes hardest hit by COVID, five are in the neighborhood.

There are few parks and opportunities to access nature, which was a big motivator for community members to advocate for the woods. Multiple apartment complexes are within a few blocks of the woods.

The property sits against Southwest Community Park, which in turn connects to the Grant Butte wetlands, and the butte itself. That makes Shaull Woods part of a complex of more than 120 acres of parks and natural areas between Powell Boulevard and Division Street, providing habitat for dozens of species of animals, including deer, beaver and even river otters.

“It’s precisely the investments this bond is meant to achieve,” Blasher said.