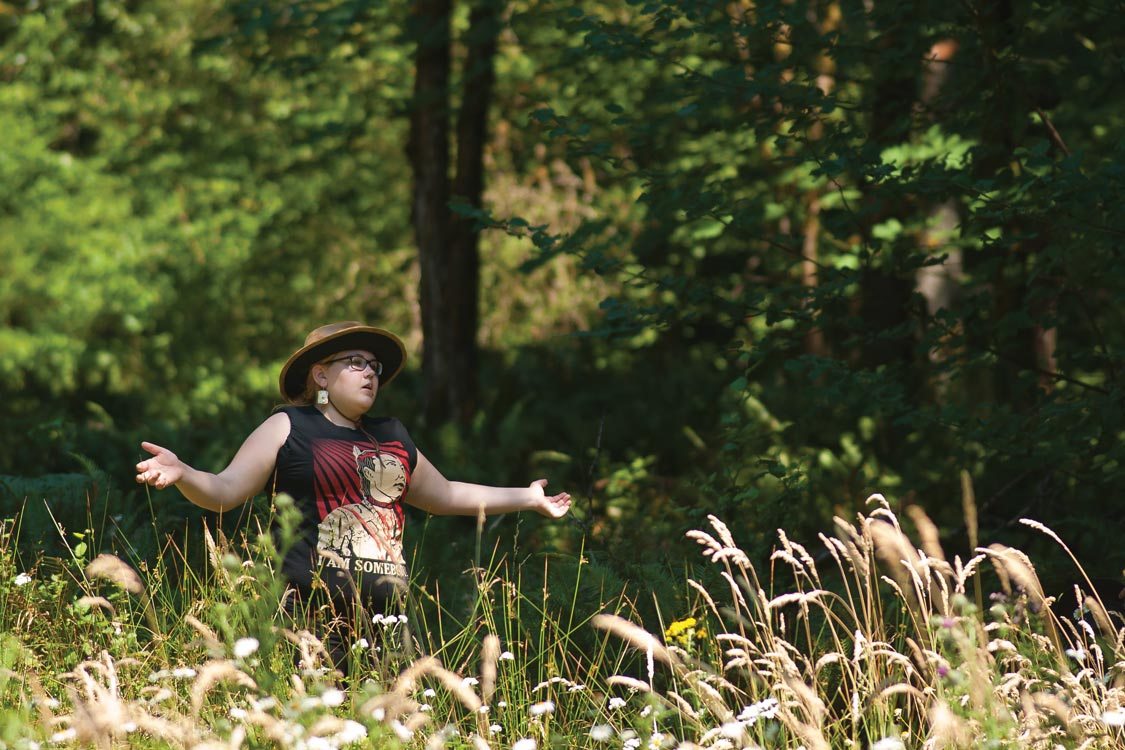 Sequoia Breck spent much of her summer mapping the region's endangered white oak trees – part of an expansive project to create a baseline map to support conservation and restoration efforts across the region. (Photo by Fred Joe) 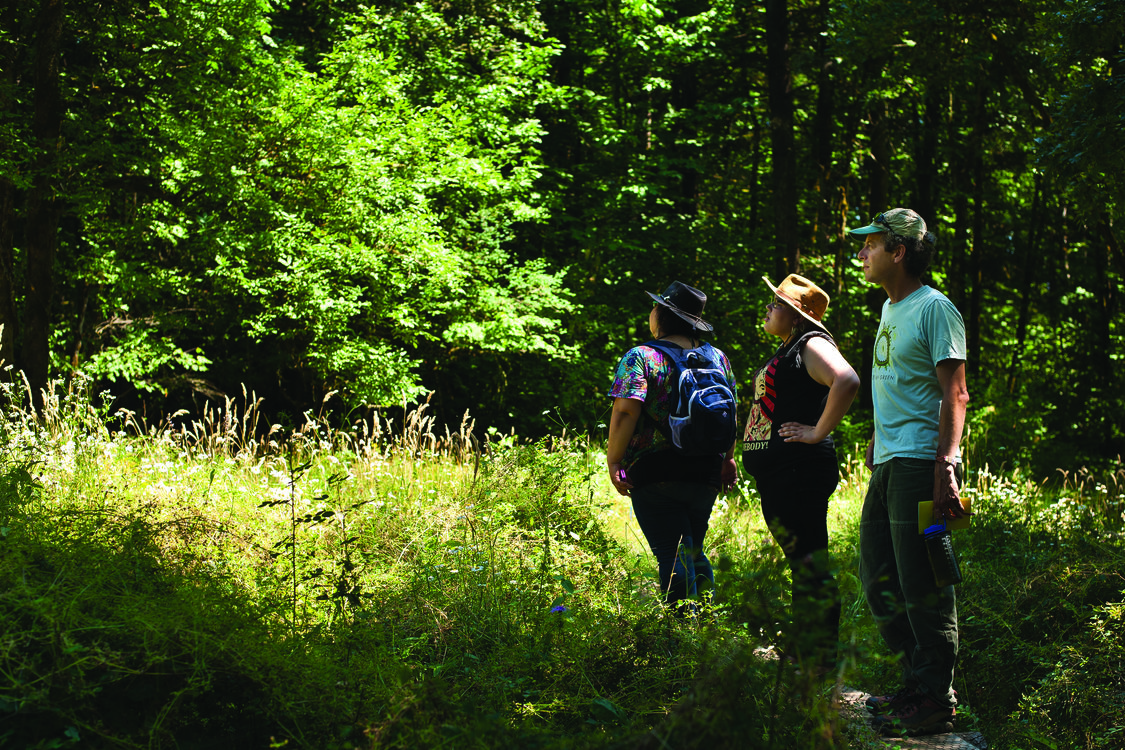 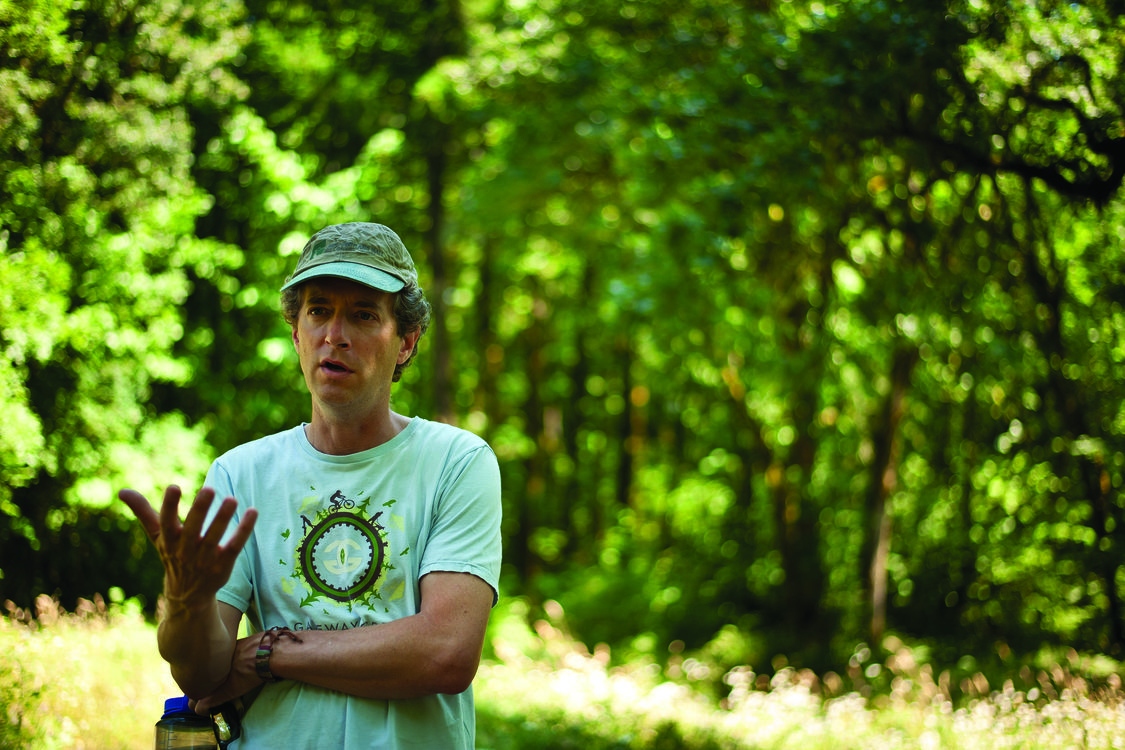 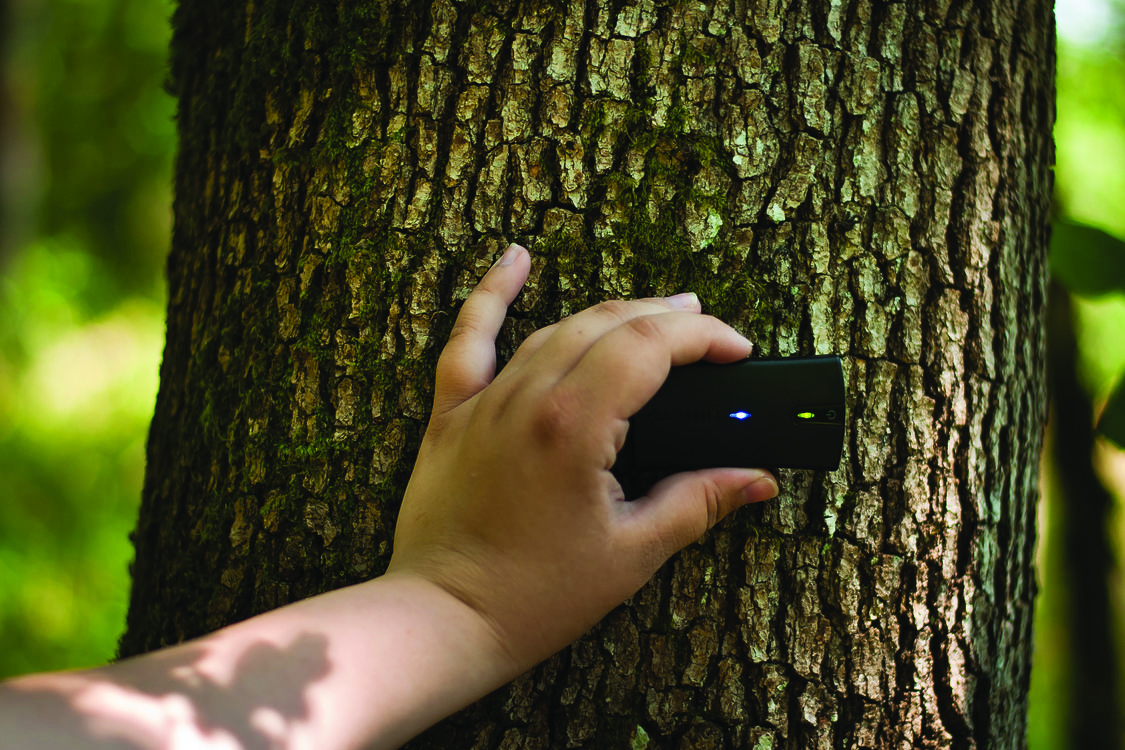 Slowly, they approach one, as if encountering something beautiful and mysterious for the first time. Then Jackson and Breck begin a duet they’ll conduct many times throughout the day: Breck gently places a global positioning system device on the tree’s broad trunk, like a doctor listening to a patient’s heart, while Jackson receives then inputs information about the tree on her iPhone several paces away.

The young women – both work for the Native American Youth and Family Center or NAYA – oversee about 100 volunteers who’ve committed weeks of their personal time to help map endangered white oak trees across the greater Portland region, including at Metro sites like Cooper Mountain Nature Park, Canemah Bluff Natural Area and Mount Talbert.