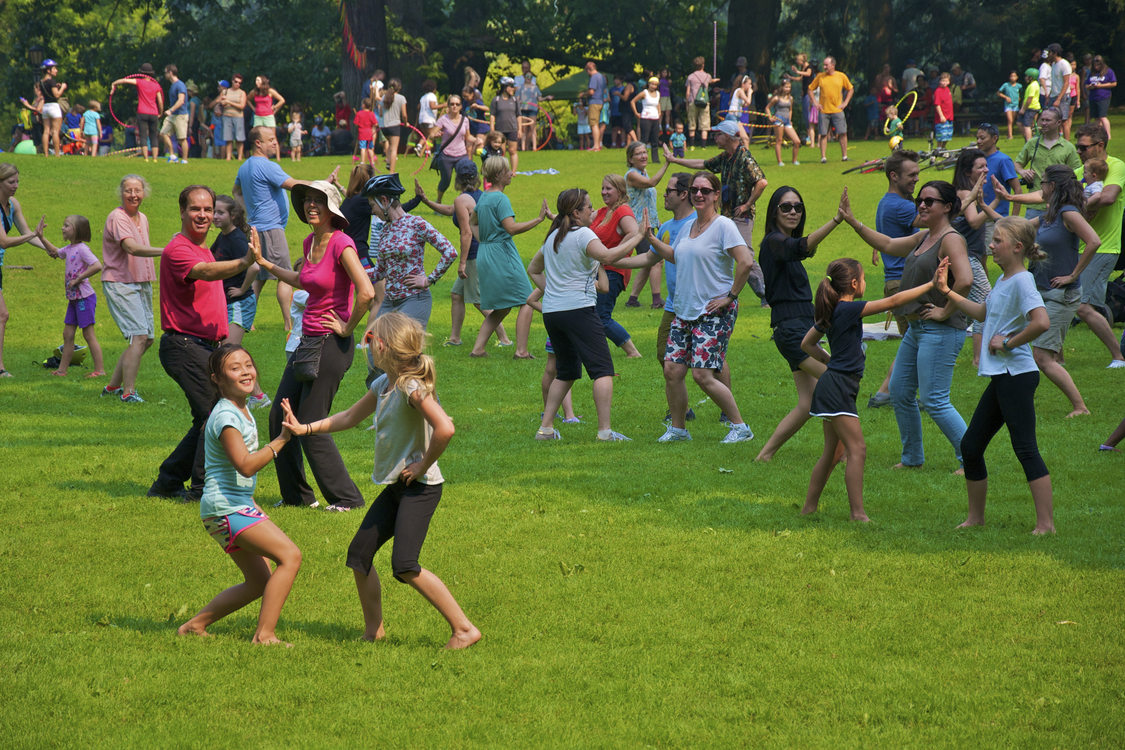 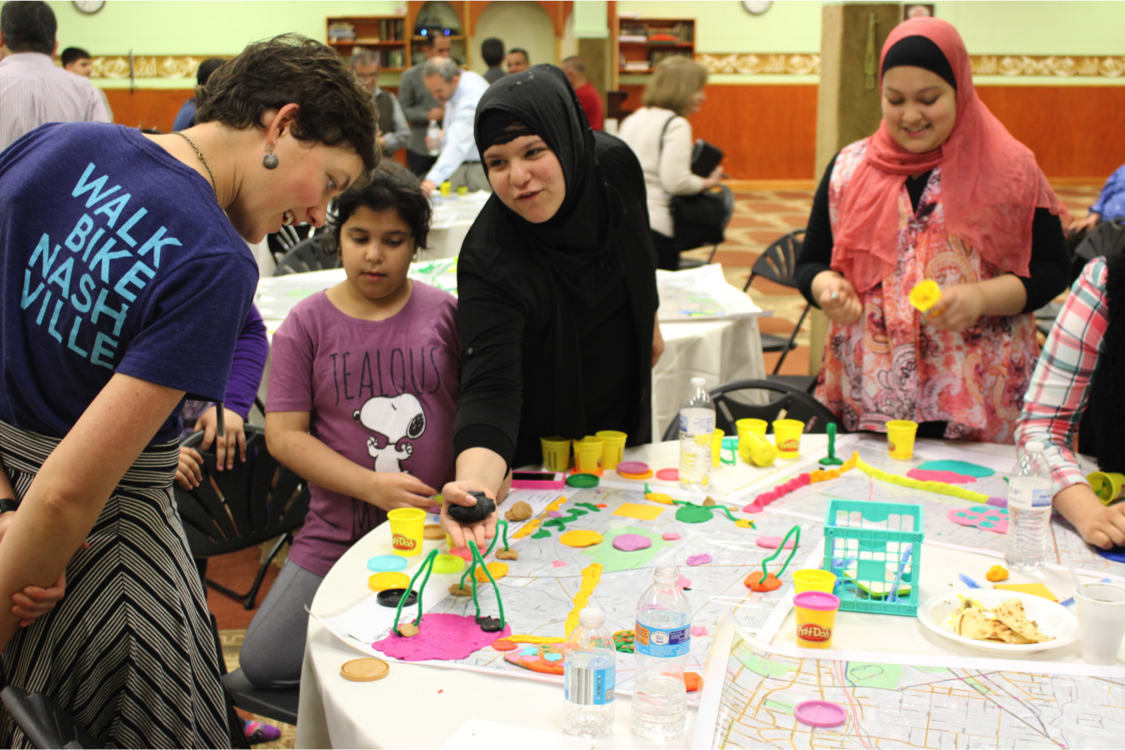 Placemaking supports peoples' participation in projects that affect them. 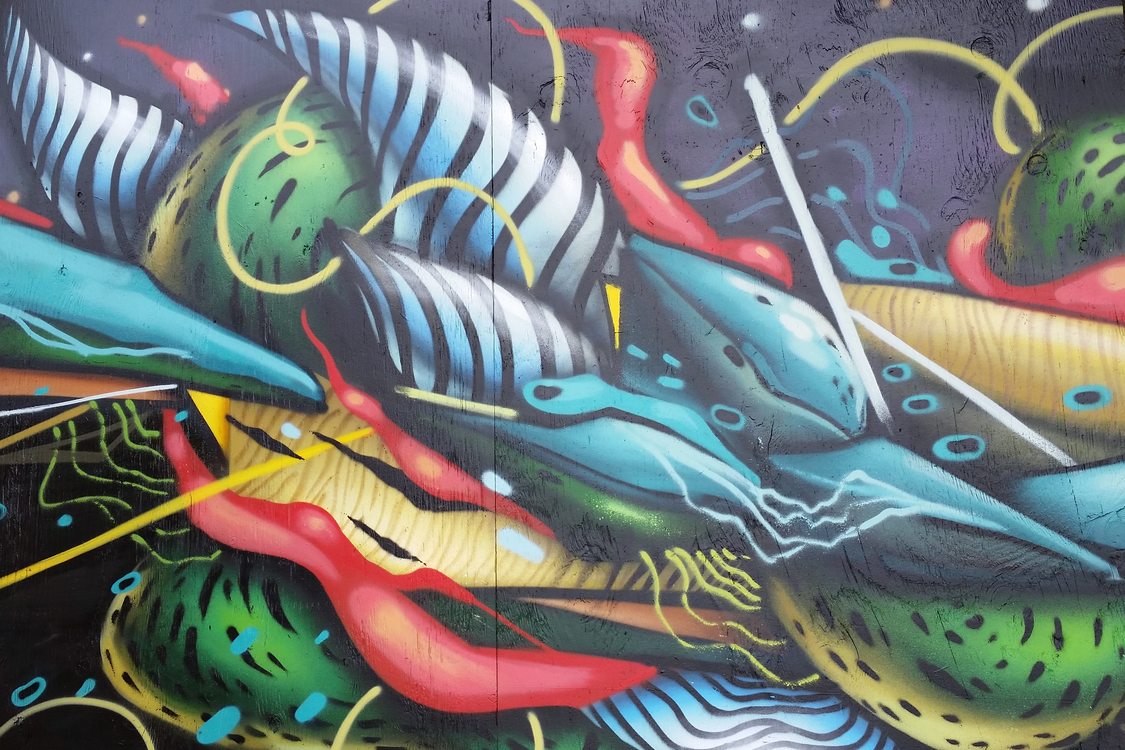 Placemaking uses art as a tool for engagement and change. 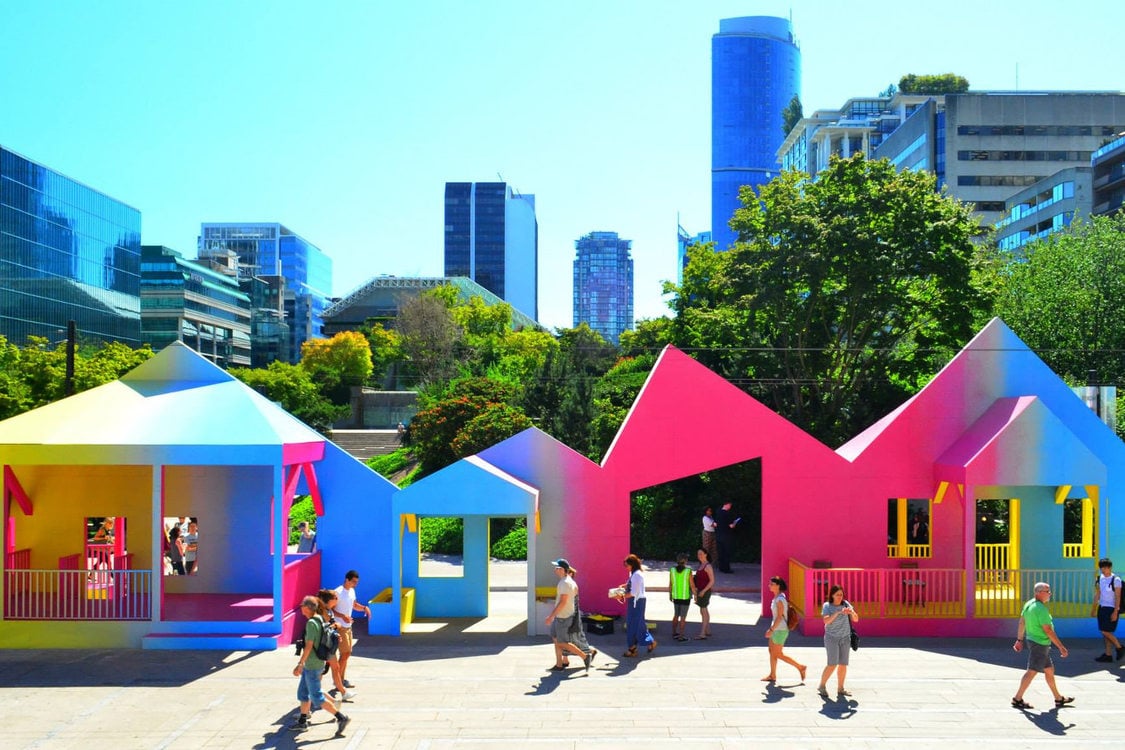 Placemaking can be temporary and activate underused spaces. 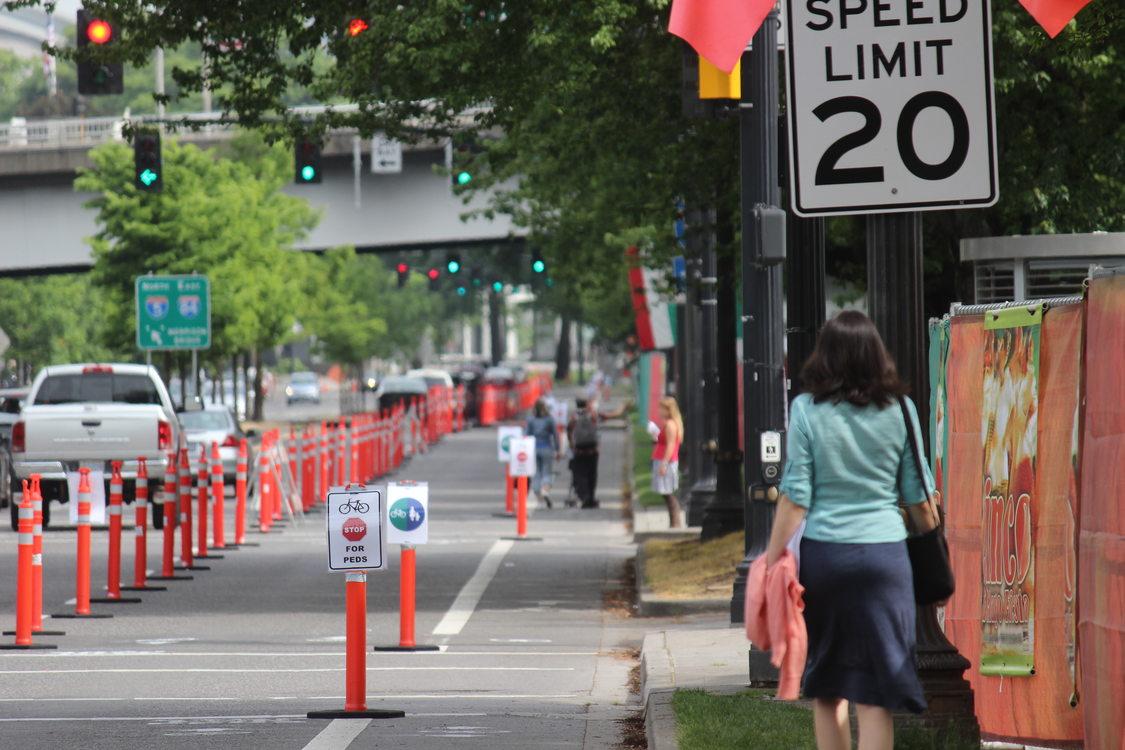 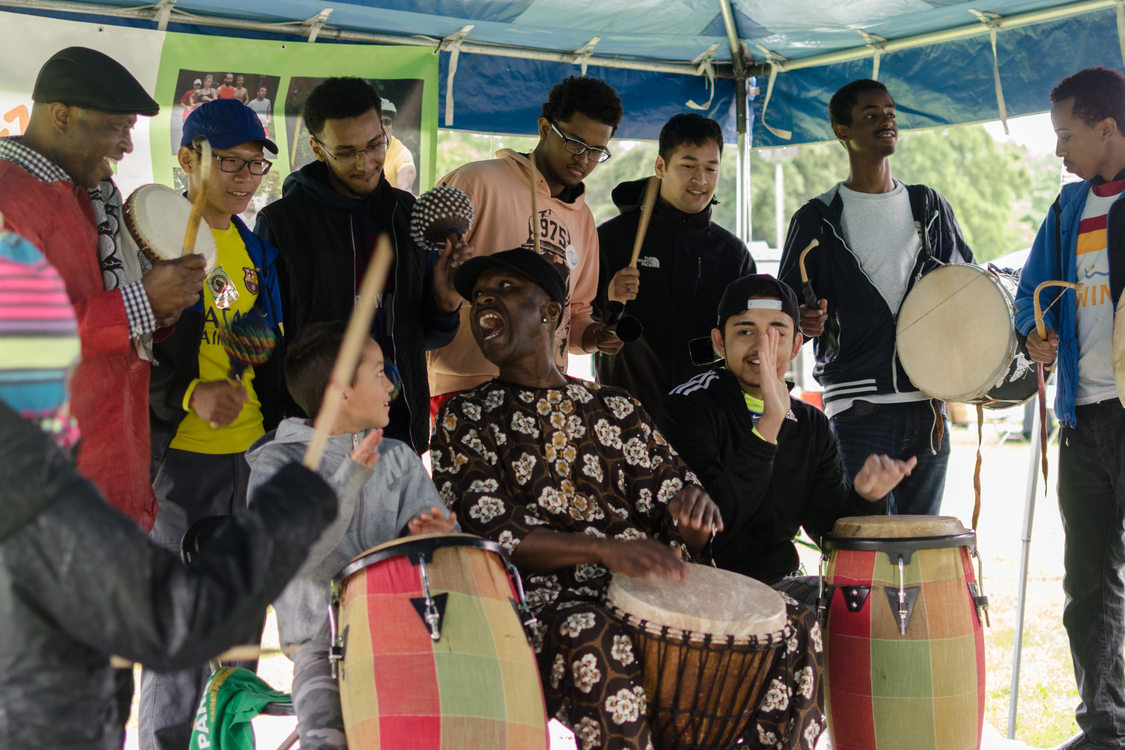 Have an idea to make a disused place in your community more active, or a street more welcoming to people? Want to celebrate cultural diversity, bring people together or provoke conversation about community change?

Metro is launching a new program to support community-driven placemaking activities across greater Portland. The program will provide grants and technical assistance to organizations and local governments seeking to undertake placemaking projects in their communities.

Now through May 26, interested organizations, governments and agencies can apply for grants ranging from $5,000 to $25,000 to create placemaking projects that promote equity, partnerships and community empowerment. Up to $100,000 is available in this cycle of Metro's new Community Placemaking grants program.

A capacity crowd filled nearly every seat at a March 28 kickoff at Metro Regional Center. The event featured several national and local experts on community placemaking, including Ben Stone, director of arts and culture at Smart Growth America and Transportation for America; Mallory Nezam, Transportation for America arts and culture outreach associate; Candace Kita, cultural work and development coordinator at the Asian Pacific American Network of Oregon; and Sarah Figliozzi, a planner at the Portland Bureau of Transportation.

Each shared examples of how placemaking has taken shape in communities from Nashville to San Diego, from Detroit to Portland's Jade District and Division Midway neighborhoods.

Stone pointed out that placemaking can be highly designed, like a public plaza involving teams of landscape architects and planners. Or it can be simple and temporary – a tailgating event or impromptu concert on a street corner or grassy field. And although the term is relatively new, the idea of making places where people want to gather, that build pride in a community, goes back to ancient times.

"Great places have existed for much longer than the term placemaking has been around," Stone said, pointing to an example of a public marketplace in Marrakech, Morocco.

Stone noted that his organization envisions placemaking as a tool to do many things in transportation planning, such as keeping businesses thriving during light rail construction by promoting events that attract customers, engaging the public in designing a station or crosswalk, or even just sharing hopes and concerns for future transportation.

"It's about envisioning possibility of what could happen and getting the community to express that," added Nezam.

Transportation for America has funded a multiyear placemaking project in Portland's Jade District and Division Midway commercial areas. The project, timed to coincide with planning for the Division Transit Project, has been overseen locally by APANO and engaged a wide array of partners including Metro.

Candace Kita runs that program for APANO. She walked the audience through a number of creative projects it has funded over three years, including many at the Jade APANO Multicultural Space, in a Metro-owned building at 82nd and Division. The projects have often involved local artists exploring themes of change, culture, gentrification and displacement. APANO has also led the creation of a district arts plan. See the 2017 grantees

"Placemaking rallies the voices of our community and builds power, health and stability," Kita said.

Finally, Sarah Figliozzi of the Portland Bureau of Transportation shared how her agency is undertaking a Livable Streets Strategy intended to make it easier to do placemaking in the public right-of-way – from block parties and street seating, to intersection paintings and street redesign demonstration projects. Planners are reviewing permitting processes to streamline such ideas, while also seeking to share the opportunity more equitably across the city – most to date have been west of Interstate 205.

"How do we encourage Portlanders to use that space to make it their own?" Figliozzi said. The strategy will go to the Portland City Council in July.

Dozens of representatives from local governments, community nonprofits and arts organizations, along with artists, attended the event.

Metro Councilor Carlotta Collette told attendees she is eager to see what they propose for grants.

"I'm so excited that Metro can do these grants to inspire community placemaking – but more important, to have placemaking inspire us," Collette said.

Learn how to apply 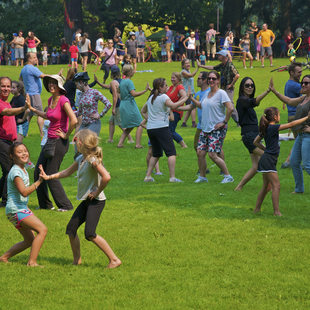