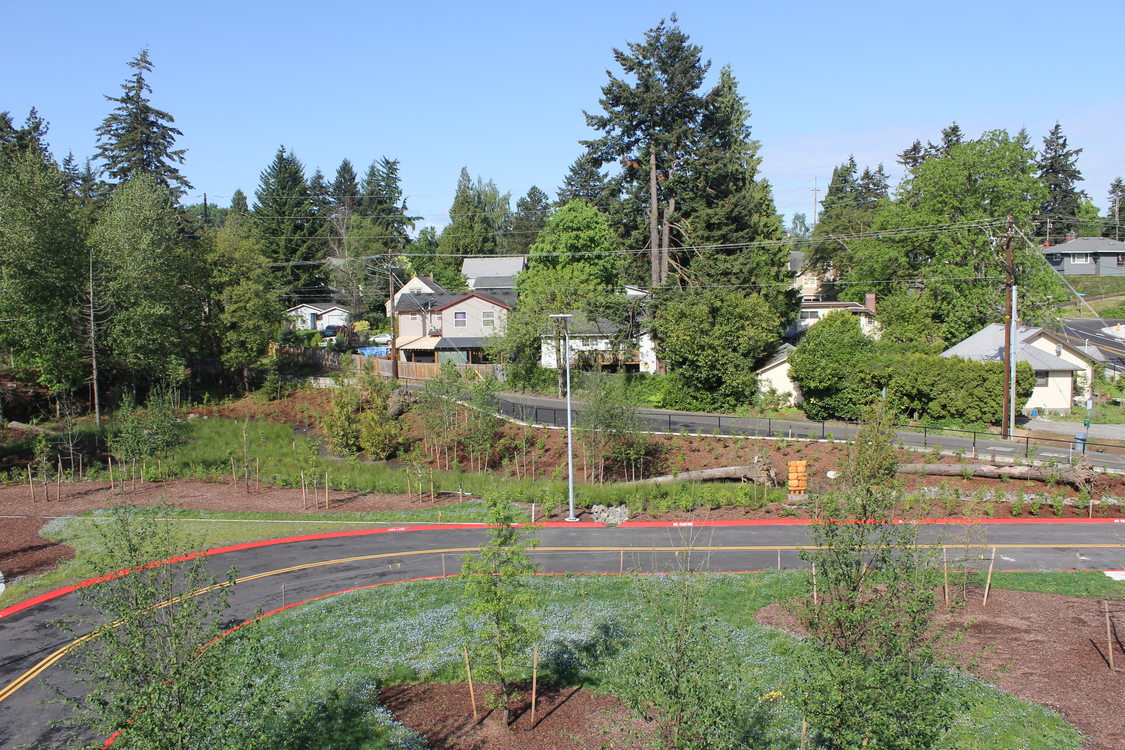 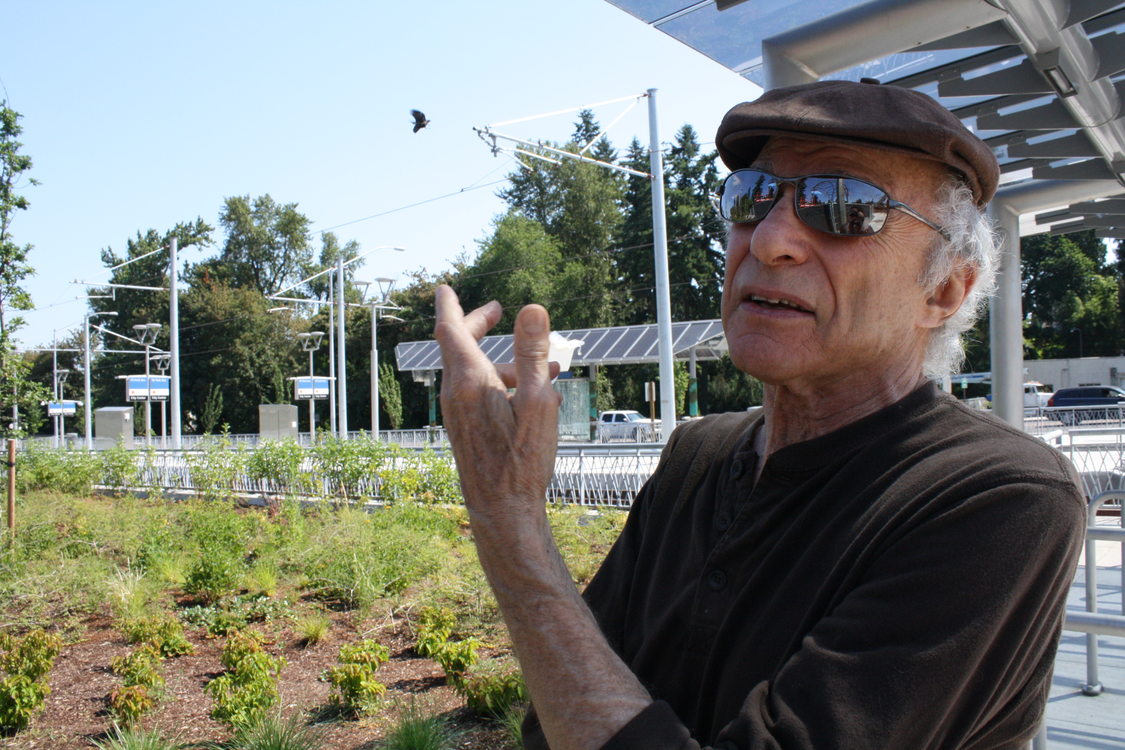 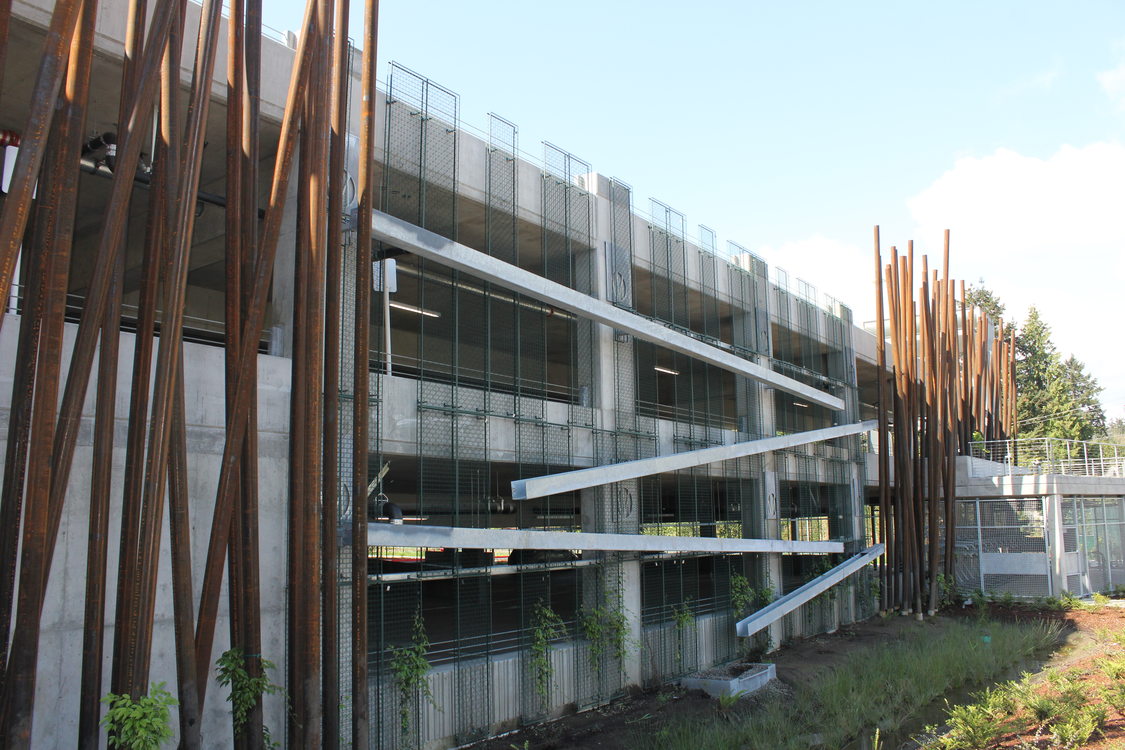 The station’s habitat contributes to the neighborhood’s biodiversity. And the station’s ability to treat its own stormwater, as well as that of 10 acres surrounding the station, will improve water quality in the nearby Willamette River. 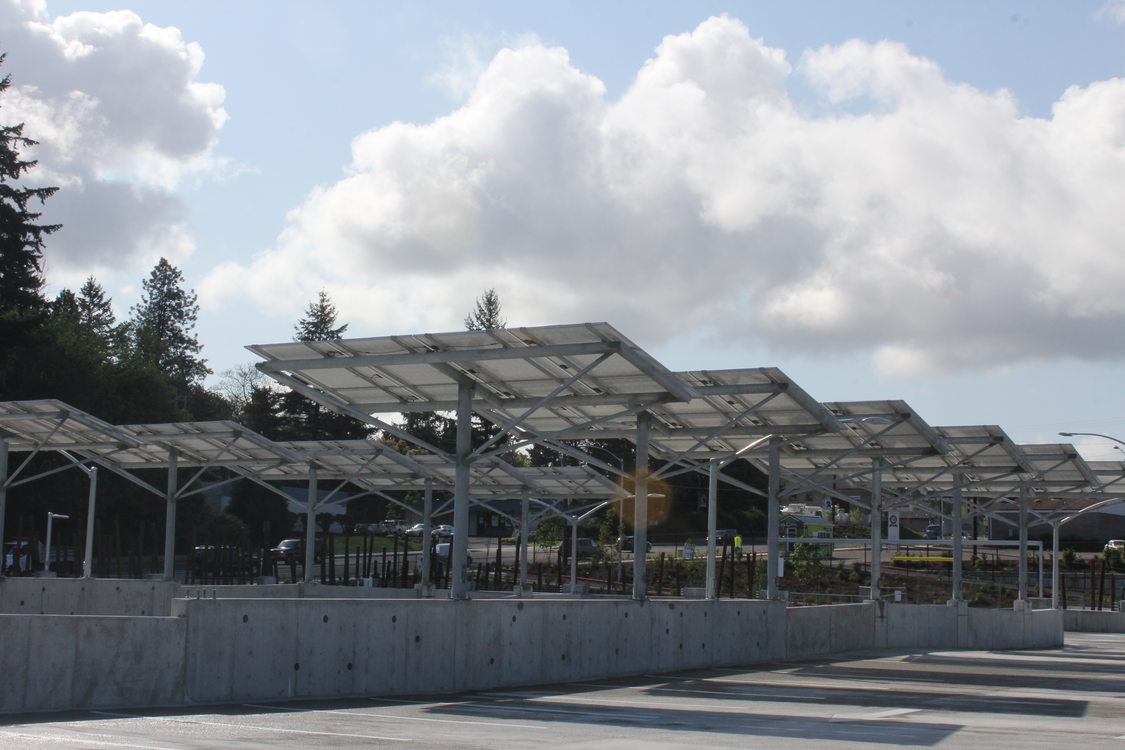 Oak Grove resident Chips Janger is obsessed with bringing nature back to his community in unincorporated Clackamas County. While many people might have made an effort to plant some trees, Janger went big and took on the Park Avenue light rail station.

At the end of TriMet’s new Orange Line that’s slated to open Sept. 12, the Park Avenue station is unlike any other on the line.

With four ecosystems and seven planting zones, a net-zero energy consumption parking garage powered by 144 solar panels and a stormwater treatment system, the station is poised to be a model for integrating habitats in development. The project could not have happened the way it did without a $350,000 Metro Nature in Neighborhoods grant awarded in 2010 to help create the region’s first sustainable, habitat-friendly park and ride station.

For all that this station has to celebrate, everybody involved in building it credits Janger as the driving force who made it happen.

"We had two great partners on this project: Metro and TriMet,” Janger said. “Not only did we create the most interesting, habitat-friendly station -- the greenest station perhaps in the US – but we also get to use it as an example for the redevelopment of McLoughlin Boulevard."

Metro Councilor Carlotta Collette, whose district includes the station, remembers speaking to Janger in 2008 after he expressed an interest in integrating nature into new development in Oak Grove.

“Chips and I started talking and he said, ‘We want to build something that integrates habitat.’ I was almost joking and said, ‘There’s about to be a concrete park-and-ride, so you have this incredible opportunity.’”

Knowing he had community connections, TriMet officials reached out to him to help involve local residents more in the project.

"We said yes, we could do that. However, we want something that integrates habitat,” Janger said. “We wanted to take the most degraded area in Oak Grove and tear out the asphalt and tear out the cement and bring the forest back."

TriMet had concerns about the cost, he said, “so, we sat down with Metro and started talking about a Nature in Neighborhoods grant."

Metro offers Nature in Neighborhoods grants to projects throughout the region that engage residents to incorporate nature in their communities. The grants are available thanks to voter support for the 2006 natural areas bond measure and the 2013 parks and natural areas levy.

Jeb Doran, a landscape architect and the urban design lead for TriMet on the Park Avenue Station, said working with Janger and his neighbors transformed the project.

"The key attribute of this project is that the residents were part of the Nature in Neighborhoods grant process and that really gave them a voice and empowered them to sit at the table during the visioning and design process and right through construction,” he said.

"Being involved in the grant gave them a tool to infuse their community values into all the phases of the project,” Doran said. “I have been at TriMet for almost 10 years, and this has definitely been one of the more exciting projects."

TriMet also chipped in federal money to provide matching funds for the Nature in Neighborhoods grant.

Mary Rose Navarro, a Nature in Neighborhoods grant coordinator at Metro, said the community involvement in the project made all the difference, proving that natural elements are far more than a ‘nice to have’ part of major transportation projects.

“It’s not just something pretty to look at," she said. "Knowing the impact development could have on their community and knowing that light rail would bring a benefit – but was also development – they got together and made sure it was going to be the kind of development the community wanted. Chips Janger was a big part of that."

Janger didn’t just advocate for the Park Avenue station to reflect the natural landscape. He did the landscaping – with 200 of his neighbors. It was the type of community participation officials at TriMet had never seen.

“Usually we have a planting event like that and then the landscape crew has to come in and plant most of the plants themselves,” Doran said. “But so many people showed up that they completed almost the entire planting.”

To Collette, it wasn’t just the number of people that participated in the planting that impressed her, but also how they participated.

“He had kids write their names on a rock and plant them under the trees,” Collette said of Janger. “They are going to watch those trees. If someday, they seem dry, those kids are going to bring a jug of water.”

Collette said she feels fortunate to have Janger in her district.

“When I get discouraged and say ‘What in the world are we doing?’ I call Chips and say, ‘Chips I need a dose of optimism,’” she said. “In doing this, not only did he change one station itself, but in the process, he changed people’s perspective of what Oak Grove is. There is a sense in Oak Grove that we can do big, important things.” 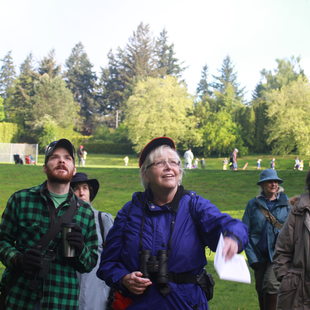