There's a certain dynamic between the Metro Policy Advisory Committee and the Metro Council regarding urban growth management decisions.

The Metro Council is charged with listening to MPAC – but not necessarily heeding it. That's because the two boards have different constituencies: MPAC members, by and large, represent the voice of local governments, while the Metro Council is elected regionally and has to answer to needs that cross city lines.

On Wednesday, MPAC had its first discussion on Metro chief operating officer Martha Bennett's urban growth management recommendation, released in July. MPAC didn't take a position on Bennett's recommendation, but did discuss some of the elements in her proposal.

MPAC broke into three sub-groups for a 20 minute discussion about the aspects of the report.

One group, which included TriMet board member Craig Prosser and Hillsboro Mayor Jerry Willey, talked about the accuracy of Metro's 2014 Urban Growth Report, a forecast of the region's growth written by economists and demographers.

"Concerns were raised about the accuracy of the report and where that leads us," Prosser said. "There were some strong opinions expressed, but I don't think the group was in agreement on that."

The group, Prosser said, also discussed how to finally designate urban reserves in Clackamas and Multnomah counties. Until those are designated, Metro can't expand the urban growth boundary in those areas.

"The bulk of our conversation went to next steps," Gamba said, honing in on the economists' forecasts that many jobs in the Portland region in the coming decades would pay less than $50,000 a year.

"If you can't build an apartment building in Portland or a house in Damascus that someone making $50,000 a year or less can afford, and if that's about half the population, it changes the whole conversation," Gamba said. "We got deeply into the conversation about what the solution is to that."

He said that one driver of housing costs are system development charges, fees paid by developers to pay for new pipes, roads and other physical assets that service new developments. Those fees are traditionally passed onto new development rather than the taxpayers who already live in a place.

"Given the cost of system development charges, even if you could come up with a way to build inexpensive housing, the discussion was raised that it would almost certainly have to be public housing because private developers aren't going to be particularly interested in building properties they can't make a profit on," Gamba said.

Ted Reid, a Metro planner, took notes for the third group and reported his group's findings back to MPAC.

"Our group spoke quite a bit about concerns about housing affordability," Reid said. "Is an urban growth boundary expansion a way out of those problems, or are there other things that we need to collectively be doing?"

MPAC is scheduled to make its recommendation to the Metro Council on Sept. 9. Metro Council will then hold three public hearings before a vote on the growth management decision, scheduled for late November. 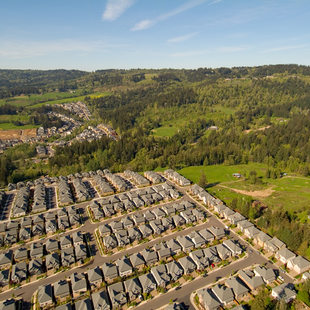 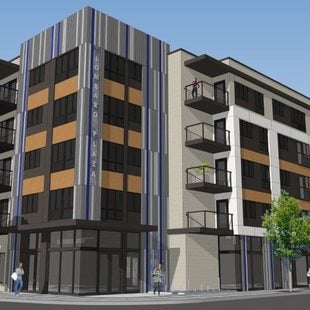