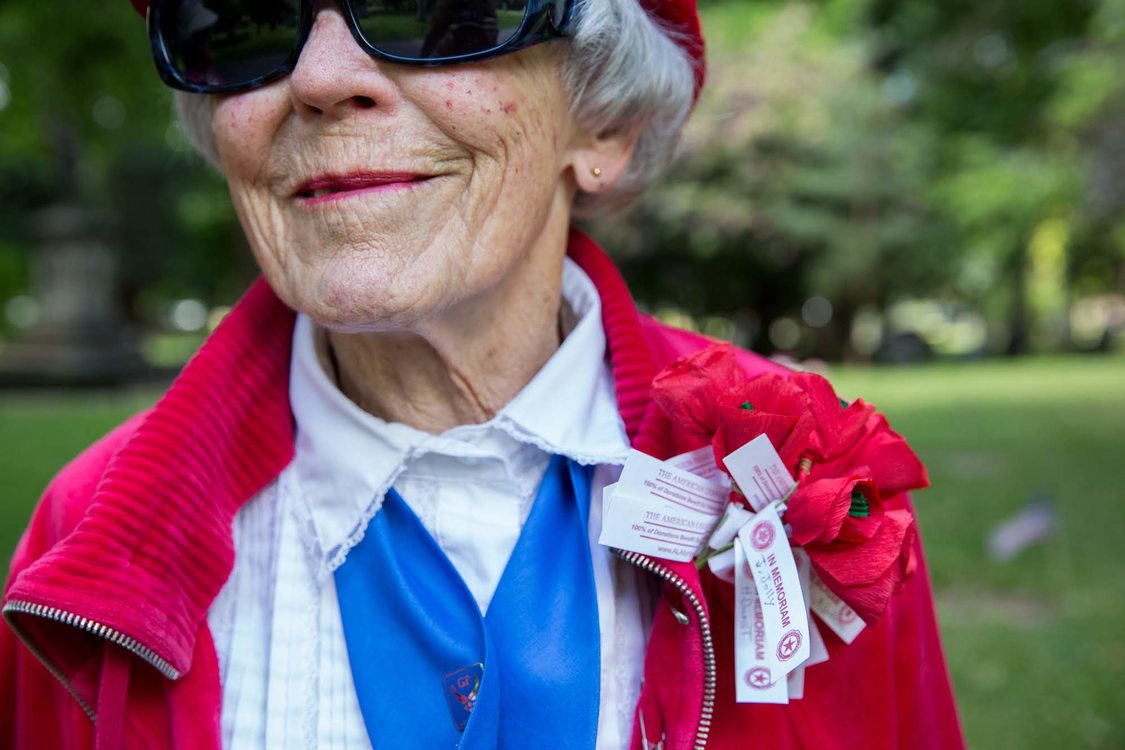 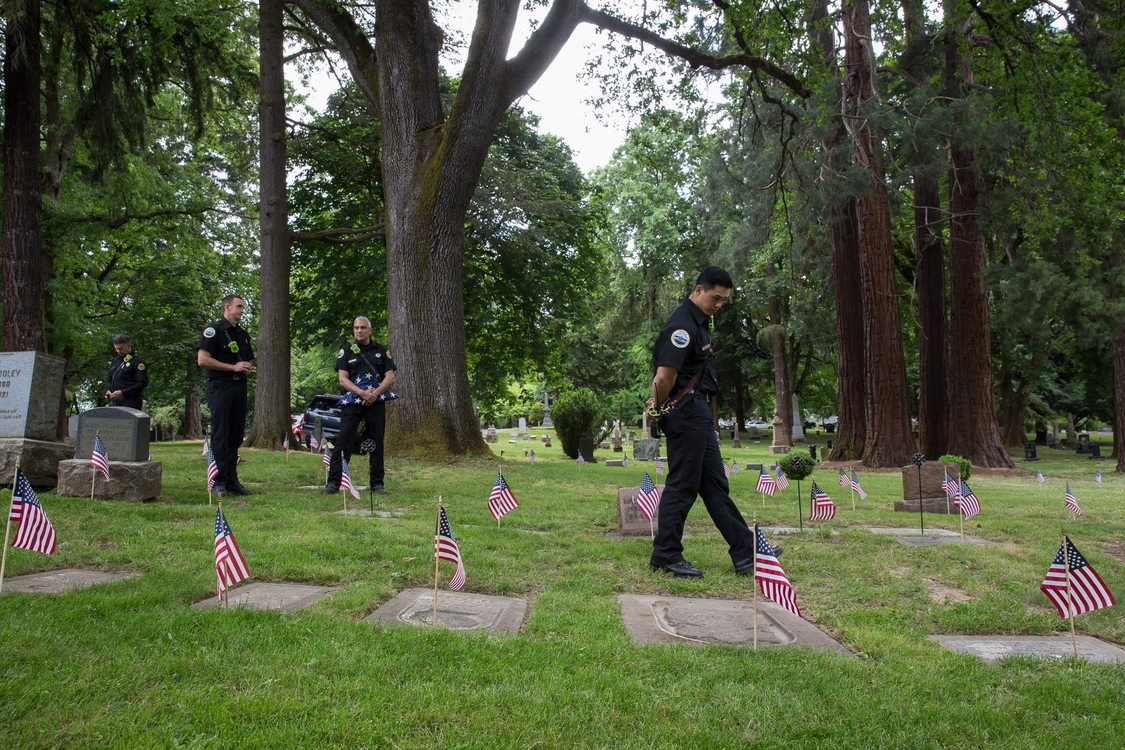 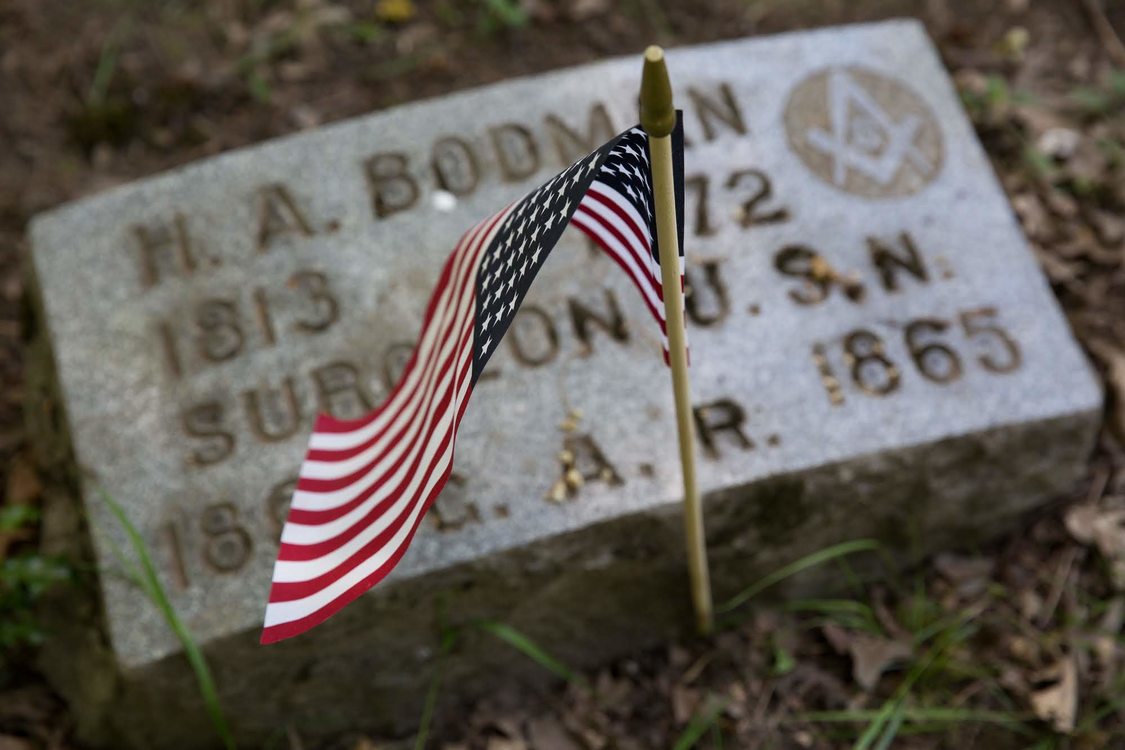 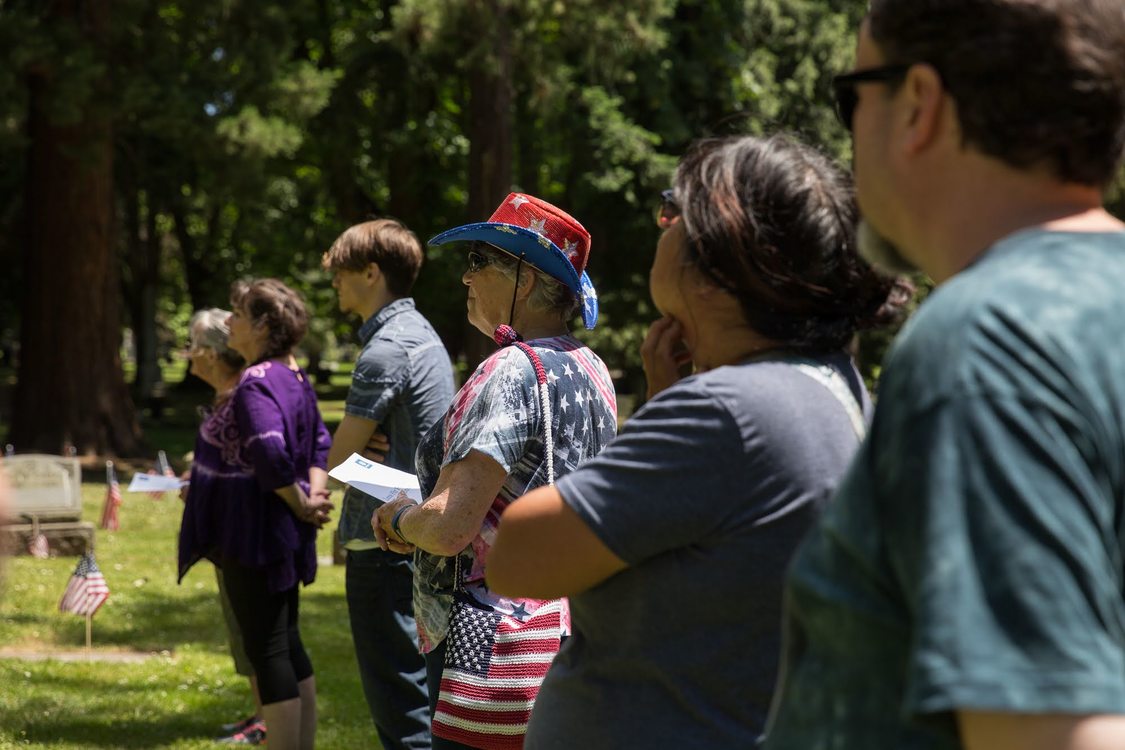 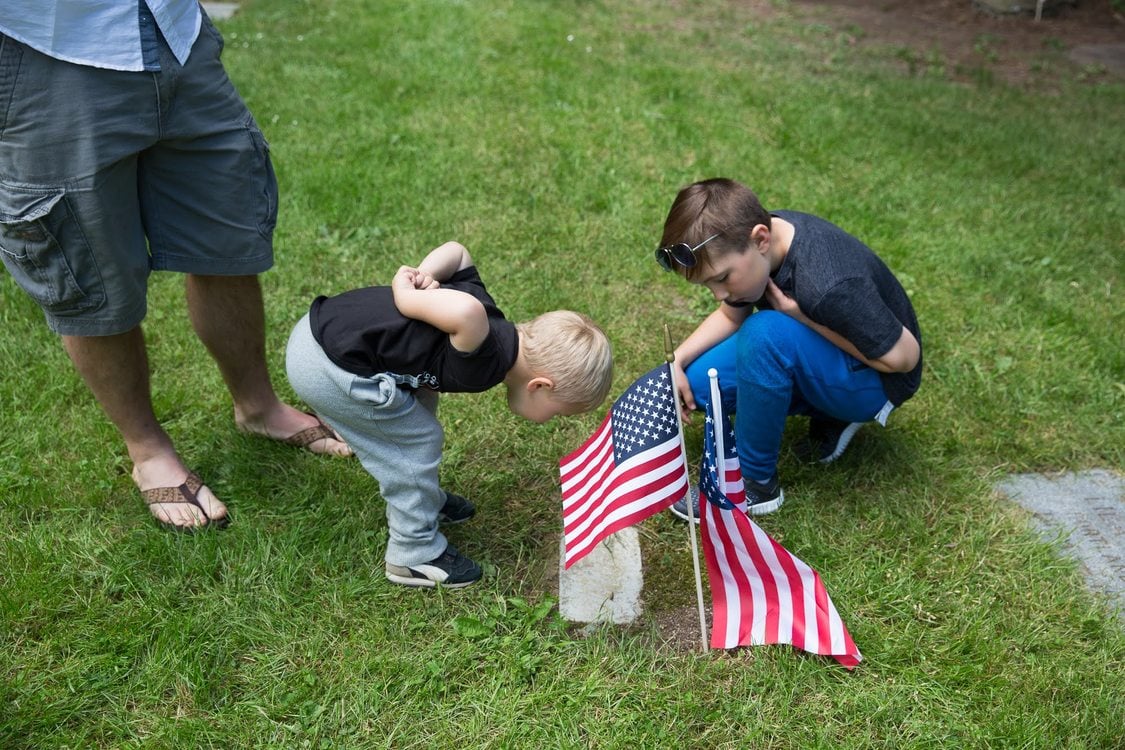 Metro honored veterans over Memorial Day weekend, with staff and volunteers placing 1,600 flags on graves across all 14 of its historic cemeteries in Multnomah County.

At Lone Fir, the largest of Metro’s cemeteries, Monday’s activities featured a flag-raising ceremony, guided historical and veterans tours led by the nonprofit Friends of Lone Fir Cemetery, self-guided tours of police officers and other notable graves, and a special appearance by a 1949 vintage Mack fire truck.

“Got to train up the next generation, pass on the family lore,” she said. “Otherwise it gets forgotten. We go for the family history. It’s about remembering our family roots and where we came from.”

In the Firefighters’ Section, retired Portland firefighter Don Porth and firefighters from Station 9 raised the flag to kick off the day’s activities. He spoke about the significance of remembering those lost on Memorial Day and offered a brief history of the firefighters’ section, where 141 people are buried, including 12 who died in the line of duty.

Various blocks at Lone Fir represent different generations, groups of people and cultures, Porth said. “Everyone here has a link to this place somehow, some way, and to find that is a pretty special opportunity,” he said.

Firefighters answered questions all morning as children explored the two fire trucks on site with great enthusiasm. Ringing the vintage truck’s bell was a hit with the 10-and-under crowd.

Oregon City residents Danielle Earls and her husband, Ryan Earls, brought their three young sons because her whole family is buried at Lone Fir – including her grandfather, who was buried last year in a panda urn. The boys referred to him lovingly as “G Dad.”

Danielle Earls was born and raised on the East Coast, where “every single town had huge parades, and it was a big deal. People talked about their family members.” She feels the holiday is less celebrated on the West Coast, where she has lived for seven years, and she was grateful for the Lone Fir event.

“I’m glad Metro did this,” she said. “I want to have my kids be aware that it’s not just a day off.”

Late morning, a multi-generational caravan of a half dozen fully packed cars unloaded five-gallon buckets of assorted flowers. Lone Fir was the halfway mark of six stops on the group’s cemetery tour. They stopped to pay respects and decorate graves of ancestors who came to Oregon on the first wagon trains.

In good spirits, the older generations in the group entertained the younger generations with spirited stories and wisdom of the Zimmerman, Porter and Wright families. They debated if their family’s Zimmerman Brewery, which sat under the Marquam Bridge, sold recipes to the McMenamins when the brewery was demolished.

Lone Fir was named in 1866 for the solitary tree in the northwest corner that’s still standing. It is one of Portland’s oldest continuously used cemeteries and is now a de facto arboretum, with more than 700 trees representing 67 species. About 25,000 people are buried here.

Spanning six blocks in the heart of the city, the site is a treasure to many and provides a serene escape to nature in Southeast Portland. It is the final resting place of many people prominent in local history, including people with streets named after them.

“You have Hoyts and Hawthornes and Lovejoys and Pettygroves,” said Emma Williams, a Metro cemeteries coordinator. “They’re all here.”

Many families and neighbors without direct connections to Lone Fir also came out to enjoy the day and soak up a bit of local history. Dozens joined the multiple guided tours, while others explored the grounds on bicycle or on foot.

Carolyn Rundorff brought her friend Ester McGinnis to wander the grounds. Neither woman has family members buried at Lone Fir.

McGinnnis stood out in a red, white and blue outfit, complete with a sequined hat and red poppy lapel. Notes attached to the lapel listed the names of veterans in her family. “I’m as fascinated with trees in this cemetery as I am with the stones and the history of it,” she said while looking toward the sky.