The Metro Council postponed its scheduled vote on a potential supportive housing ballot measure after discovering a miscalculation in the amount the proposed measure would raise.

At a work session Tuesday, the council discussed the proposed May 2020 measure, which would pay for housing, health care, case management, job training, addiction treatment and other services that could be needed by the more than 5,000 people experiencing homelessness in greater Portland.

"The Metro Council is clear they are dedicated to addressing our region’s homelessness crisis. A miscommunication led to an inaccurate estimate of what a regional income tax on high earners would raise," said Metro Council President Lynn Peterson in a statement after the meeting. "Metro will continue to work with our partners because it is so important. I want to apologize to the coalition for the confusion and look forward to following up and getting it right."

At the Tuesday work session staff reported on the results of various community forums held last week in Clackamas, Multnomah, and Washington counties.  What the public wants most from this potential measure, said staff, is to see tangible outcomes. People in greater Portland are aware of the regional magnitude of the housing crisis, and want the government to provide permanent solutions.

Housing policy manager Jes Larson told the council that permanent supportive housing is key to helping people with disabilities who experience chronic homelessness as well as communities of color who are at a higher risk of homelessness.

The most urgent need in greater Portland, according to Larson, is providing housing and services to up to 4,935 chronically homeless people living in the region. This would come at an estimated annual cost of $98.7 million.

The funding measure being considered by the Metro Council — the largest investment in addressing homelessness in Oregon history — would address this immediate need, but councilors made it clear that they see it only as a first step. According to the most recent point-in-time count, there are 5,711 people living outside in greater Portland and as many as 17, 500 households at risk.

"The goal remains the same,” said Peterson. “It is to provide supportive housing services for every person experiencing chronic homelessness in our region, and help as many people as possible who are on the brink of homelessness around greater Portland.”

The council is working toward a Feb. 27 deadline to finalize ballot language to put the supportive housing measure on the May ballot. The vote, previously scheduled for Thursday, Feb. 20 is now expected to take place next week. 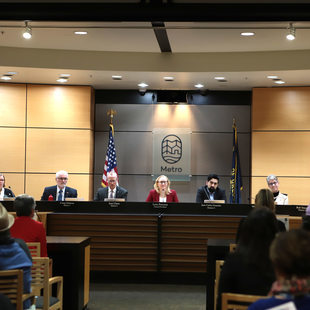 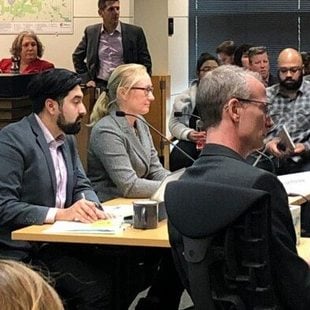