If you live in an apartment in greater Portland, how you are able to recycle at home can be totally different from someone who lives right down the street. And whatever apartment you live in, it’s probably harder to recycle than if you lived in a single-family home.

These are findings in a report Metro released on the state of recycling across apartment and condominium buildings in Clackamas, Multnomah and Washington counties. Eight percent of these buildings have no mixed recycling service, and 28 percent lack recycling service for glass, which is collected separately.

The report is the result of research conducted with local governments over the last year as a first step to ensuring access to recycling for everyone who lives in the region, and increasing the recycling rate. Research included a sampling of what kind of services are being provided building to building, data on what’s actually going in the garbage and recycling bins, and interviews with residents. Some residents also shared their recycling stories with Metro online prior to the project getting underway.

“It’s exciting to have some regionally specific data to use to make improvements,” said Sara Kirby, a Metro solid waste planner. “We’ve never had the whole picture.”

Nearly a quarter of homes across three counties are apartments or condominiums – it’s a category known as “multifamily,” and it includes any building with five or more units. In Multnomah County, 40 percent of the housing is multifamily. As greater Portland continues to grow, the number of people living in buildings like these is expected to grow as well.

Range of building types and lack of standards present challenges

Kirby says providing consistent services building to building is already a challenge because of the variation in building types and layouts. Further, there are currently no standards across the region regarding how much service – that is, the size and number of bins – is provided.

And the bins all look different, too. For example, bins in Milwaukie may be one color, while bins in Beaverton are another. “In some parts of the region, you could move across the street and have different colored bins,” says Kirby. There are also a lot of signs and stickers out there, she says, some from as far back as 30 years ago.

Add to this the high turn-over rate in apartments and recycling can be pretty confusing. An apartment is often the first landing place for transplants to the region, and that first apartment is where new residents start to learn how to recycle here. Those transplants are then likely to move again – and possibly have an entirely different recycling experience. Nationally, more than half of apartment residents move every year, most to other multifamily homes. Property managers also turn over frequently, making it challenging to ensure they can provide accurate information to their tenants.

Project findings confirm that these conditions are leading to a lower quality of recyclables – a factor that plays out in the markets where recyclable items are sold.

One piece of data collected in the project came from what’s commonly known as a waste sort. For this research, samples of garbage and recycling were pulled from bins across a range of building types and locations. Researchers then sorted these samples and categorized them to indicate a few key types of information. Here’s what they found:

While the focus of this research project was on recycling, disposal of large items like furniture and appliances came up so many times in the study that findings were also included in the report.

When people move, they sometimes need to get rid of larger household items. And a high turnover rate in apartments means more moving. If residents don’t have a truck or the time or the money to haul these items, known collectively as “bulky waste,” they tend to get left behind, typically near garbage and recycling bins. And Kirby says that not only do these items sometimes block access to recycling bins, but they can also cause a variety of hazards – kids who take out the trash may inadvertently tip over something large that could injure them. In some cases, they can also create hidden places to hang out, leading to concerns about illicit activities.

Kirby says that whether they were talking to residents or visiting buildings, this category of trash was such a prevalent theme they had to address it. “We need to make this a priority,” she says.

Some improvements to be addressed in new system plan

The research findings, says Kirby, “point out the need for better service for people who live in apartments, and a system that’s easier to use.” With more than a year’s worth of research and $105,000 invested, Metro and local governments will now work together on tangible improvements.

“We’re going to start our work with properties that currently have no recycling services,” says Kirby.

Improvements will also be addressed through the development of the next Regional Waste Plan. The plan, which is the blueprint that guides Metro’s management of the garbage and recycling system, is being developed over the next 18 months.

Related stories
Short survey about garbage and recycling: What’s important to you? 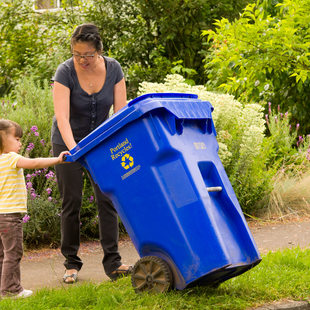 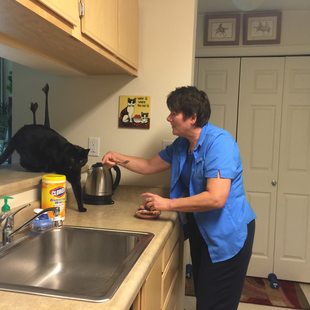