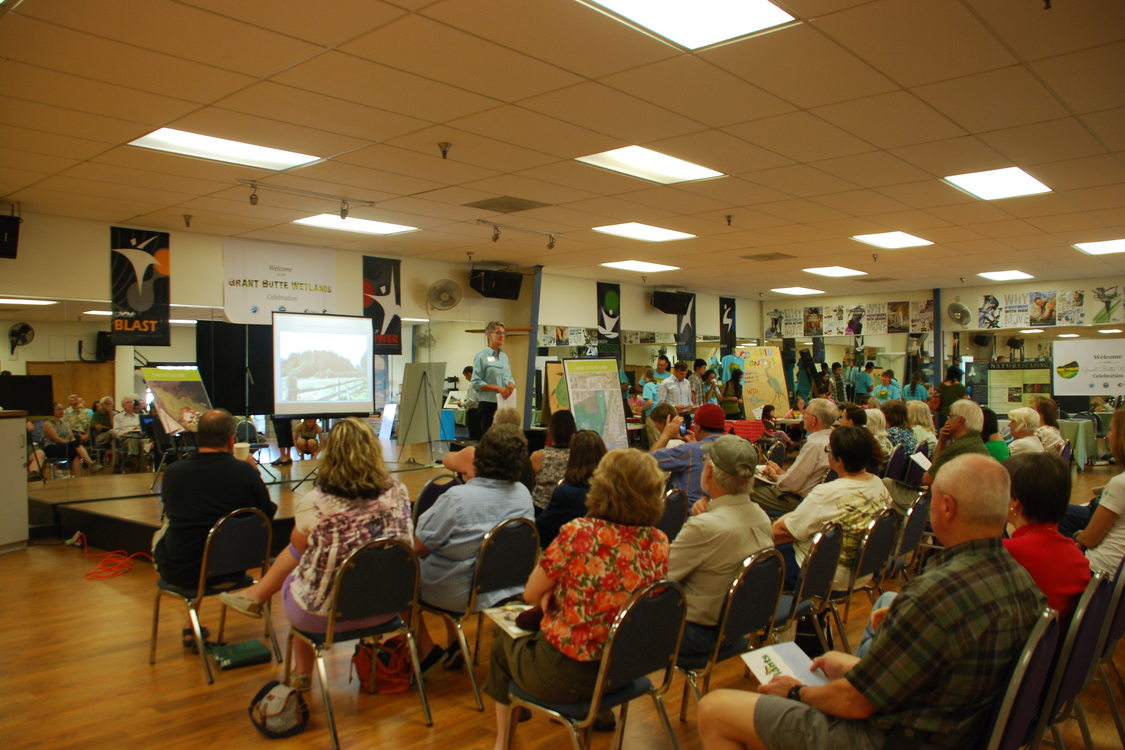 More than 75 people gathered Sunday to celebrate the acquisition of Grant Butte Wetlands and to dream about its future. 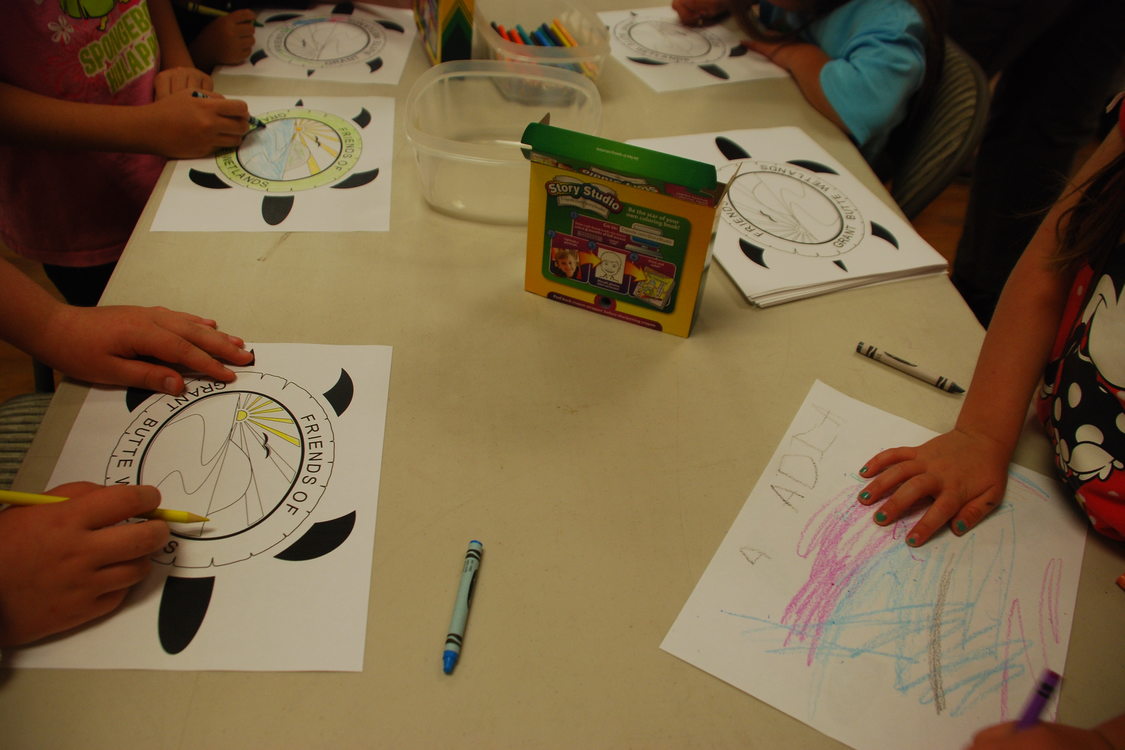 Friends of Grant Butte Wetlands organized a coloring contest for children to put their creative touches on the group's turtle logo. 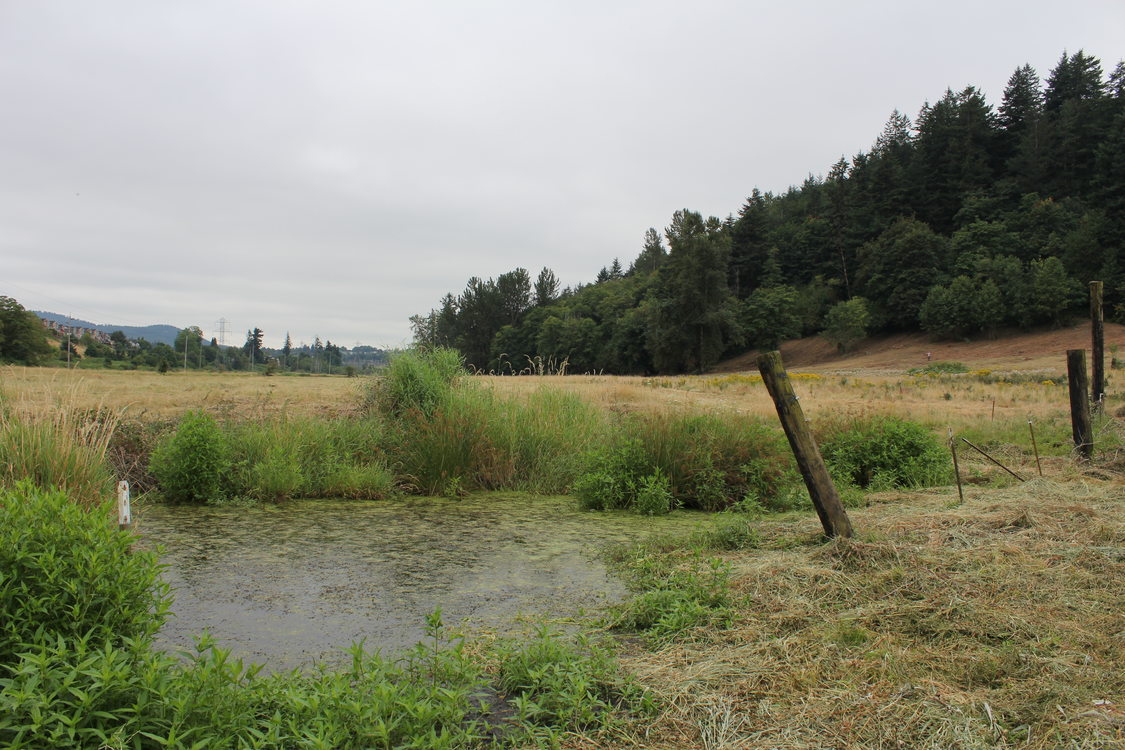 In May, Metro partnered with the city of Gresham and the East Multnomah Soil and Water Conservation District to acquire the 33-acre natural area for $2.2 million. 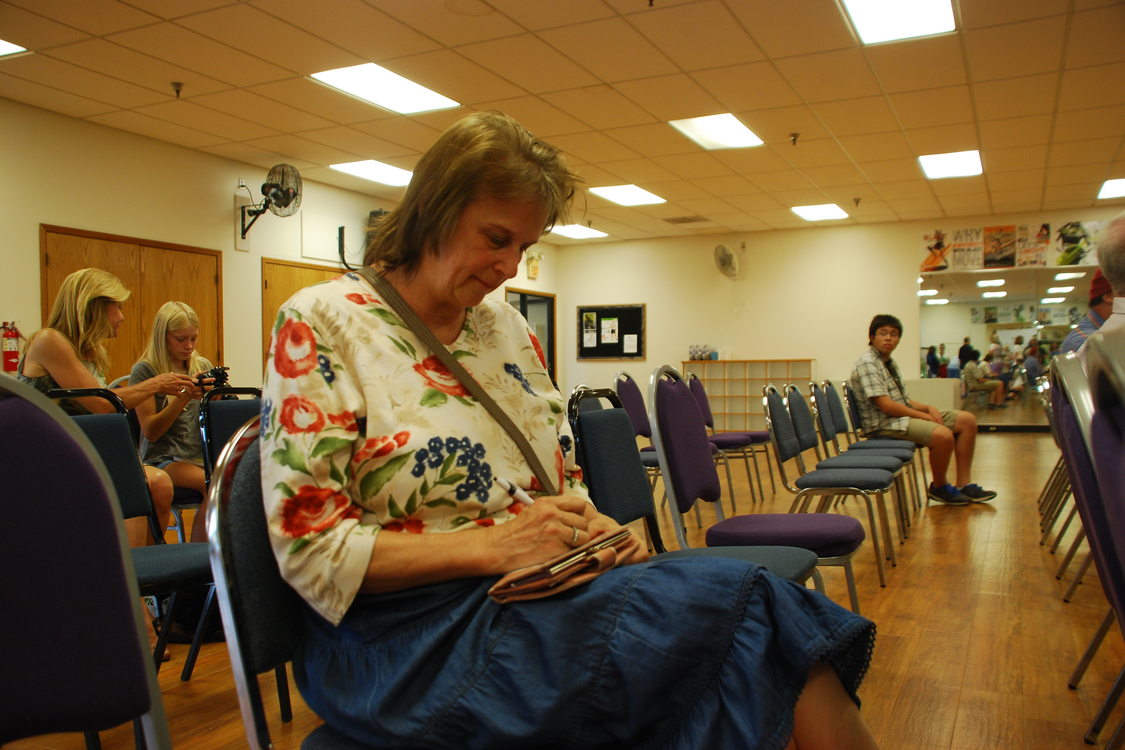 Gresham resident Janet Lee writes on a notecard her suggestions for the future of Grant Butte Wetlands. Lee envisions walking trails and an educational building. 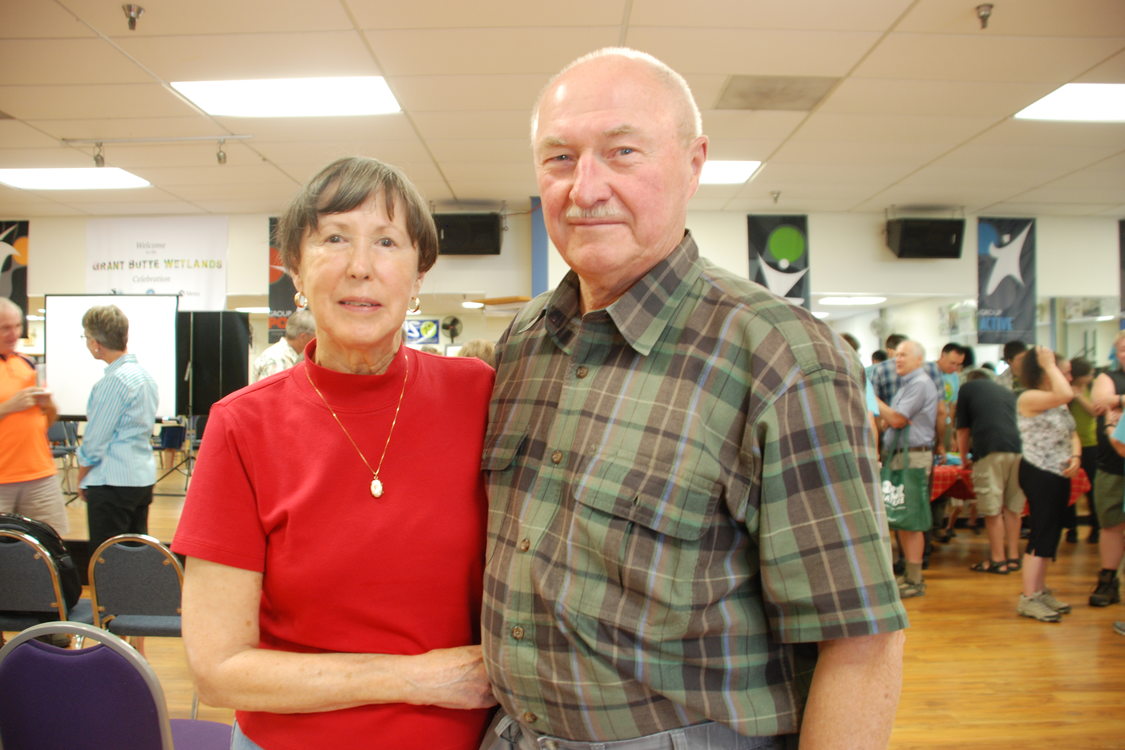 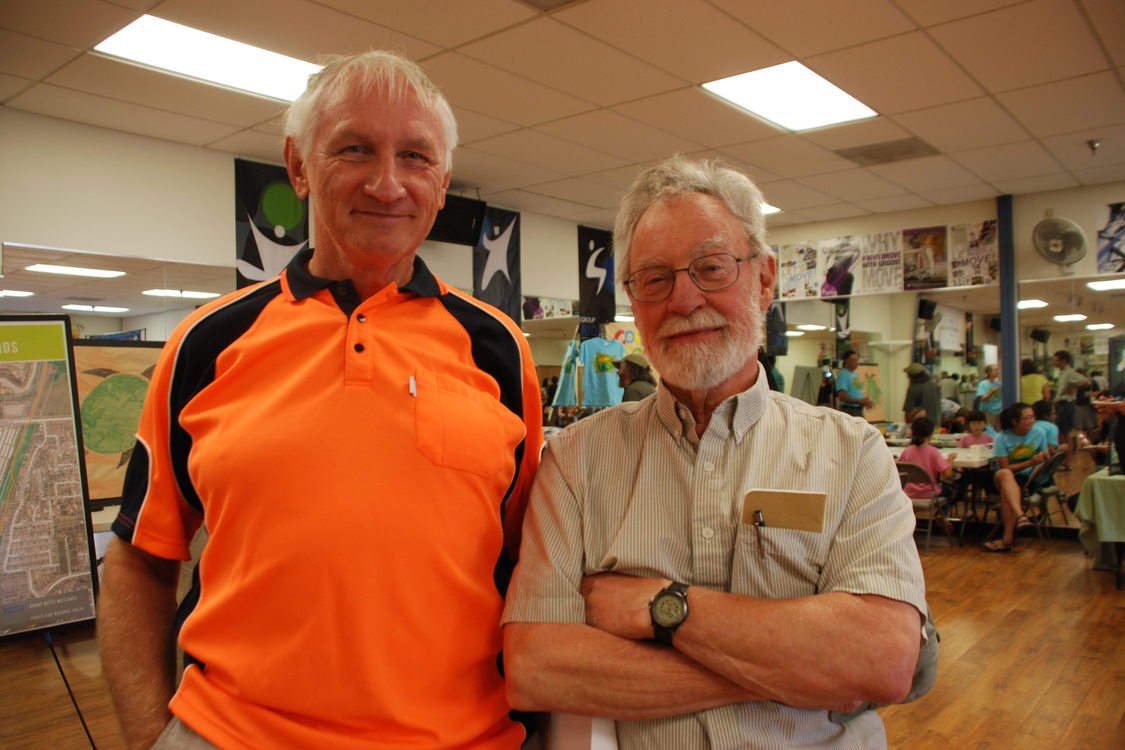 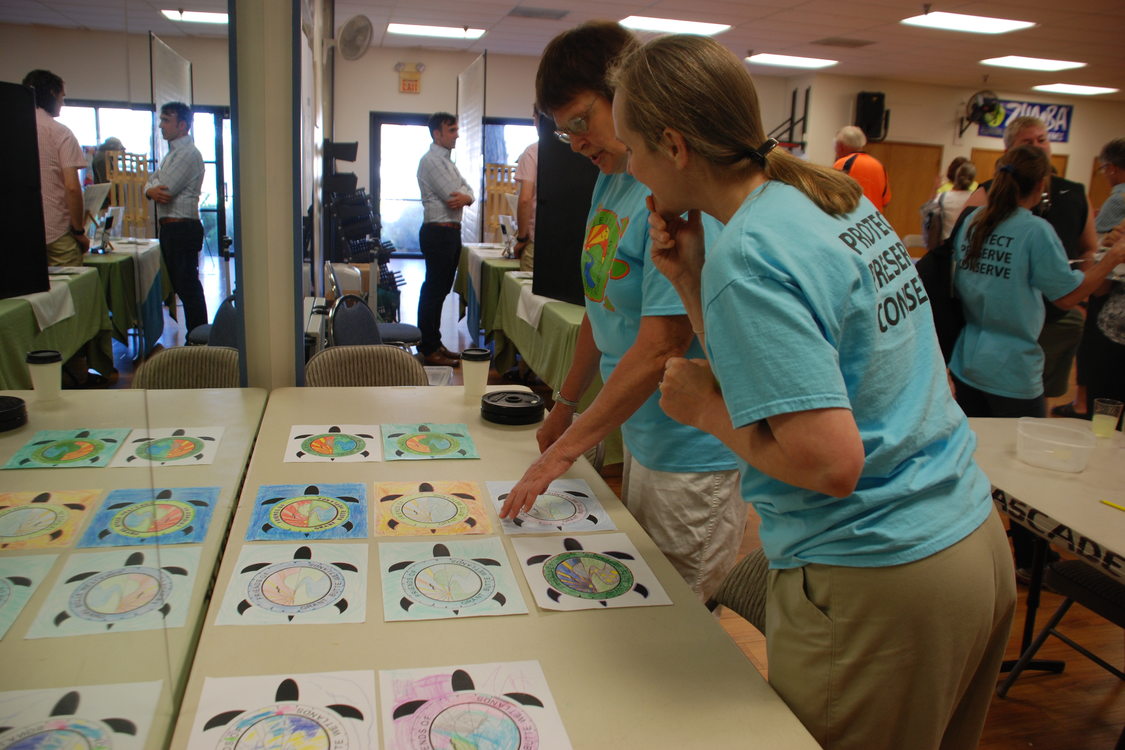 Marlene Byrne (left) and Carol Rulla of Friends of Grant Butte Wetlands had a difficult time picking the winners of the children's coloring contest.

Marlene Byrne (left) and Carol Rulla of Friends of Grant Butte Wetlands had a difficult time picking the winners of the children's coloring contest. The winners won free T-shirts emblazoned with the group's turtle logo.

Those were just some of the ideas that Gresham-area residents shared Sunday for the future of Grant Butte Wetlands, a 33-acre natural area that’s home to frogs, newts, otters, geese, turtles and other wildlife.

More than 75 project supporters gathered Sunday at Cascade Athletic Club across from the wetlands to celebrate the recent acquisition of the site, hear about its history, learn about restoration efforts and dream of the possibilities ahead.

Set among residential subdivisions and industrial buildings, the site was once proposed to hold apartments. But neighbors rallied to form Friends of Grant Butte Wetlands to push for the preservation of one of the last remaining open spaces along Fairview Creek.

Their voices were heard. In May, Metro partnered with the City of Gresham and the East Multnomah Soil and Water Conservation District to acquire the site for $2.2 million. The land, which borders the Gresham-Fairview Trail, was partially paid for with money from a 2006 voter-approved natural areas bond measure.

Many residents on Sunday envisioned a communal green space that would provide a convenient escape from the dense urban surroundings.

“Nature gives a person balance and a feeling of connection to things that are not as common as they used to be,” said Gresham resident Janet Lee. “A property like that, it gives people something to preserve and protect and care for.”

Lee said she would like to see trails that show visitors different aspects of the wetlands and an educational building for nature-based workshops. She especially wants to see a focus on youth education “so young people will be inspired to dig dirt, grow food and learn about animals.”

Don Kozacek, a Gresham resident, suggested elevated boardwalks so visitors could explore the site without massive disruptions to the habitat or to wildlife.

“Restore the wetlands as much as possible so wildlife can travel through and move back and forth,” said Elizabeth Livingston, a Gresham resident.

Residents also listed the removal of invasive plants as another top priority. Restoration of the site will also include the deconstruction of the defunct Gantenbein Dairy that last operated on the site in 1990.

Audience members said Sunday that they felt excited about the site’s future and thankful that they lived in a community that valued natural areas.

“It’s one of the things that makes this area great, the amount of green space that the community and public entities have protected,” said Martin Skinner, a southeast Portland resident who lives on the west side of Grant Butte.

Metro Councilor Shirley Craddick, a former Gresham city councilor, praised residents for their many hours of volunteer work advocating for the preservation of Grant Butte Wetlands.

“It was the community that asked and made it happen,” she said. “They didn’t just ask – they demanded.”