People speaking at the St Francis Park apartments in Portland

Voters in the greater Portland area continue to show broad and strong willingness to support a $500 million bond measure that would add affordable homes in the region, according to a poll conducted at the end of February.

Nearly two-thirds of voters said they’d be willing to pay $50 a year for five years to support a bond for affordable housing. At the regional level, a bond that charges the average homeowner $50 a year could raise $500 million.

That’s consistent with findings from an October poll, when 66 percent of participants said they’d pay $50 a year in taxes to fund more affordable housing.

Since October, Metro has been looking at whether to pursue a bond measure to help address the region’s supply of affordable housing. A national study released this month showed that for every 100 Oregon families making 50 percent of the median income or less, only 42 affordable housing units are available.

The issue, the report said, spans the country. Cities like Phoenix, Miami, Tampa, Denver and Las Vegas are also struggling to meet the need for affordable homes. Many cities and states are looking to their own solutions after cutbacks in federal spending for affordable housing.

Meanwhile, construction prices are soaring, leaving developers unwilling to build housing that’s affordable to people making less than the median income, or unable to get financing from banks.

“When I was a school teacher, I saw first-hand the impacts of homelessness on students’ lives,” said Metro Council President Tom Hughes. “Today, we have more than 1,500 homeless students in Beaverton, and another 1,500 in Portland. There are more than 400 in Hillsboro and more than 300 each in Gresham and Oregon City. It’s clear, from this poll, that we all agree that all of the 7,600 homeless students in greater Portland deserves a safe place to call home.”

Metro officials are meeting with local governments, housing providers, elected leaders and partnering with community organizations as they decide whether to put an affordable housing bond on the ballot in 2018. They are looking at what groups have the greatest needs, how any affordable housing plan can advance racial equity in greater Portland, and ways to improve efficiency in construction and management in affordable housing.

“The way we currently provide housing needs to change to reflect a changing greater Portland,” said Metro Councilor Sam Chase. “We need innovations to our system if we are going to meet the needs of the veterans, seniors, and families who are on the brink of homelessness. We need to expand the supply of affordable housing, and that means working together as a region.” 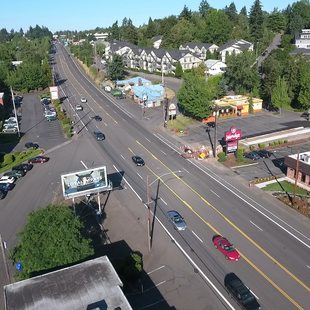 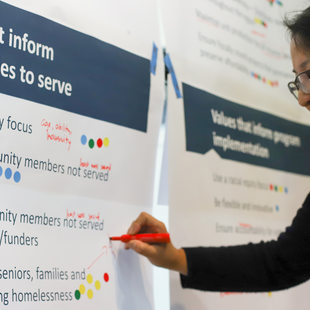