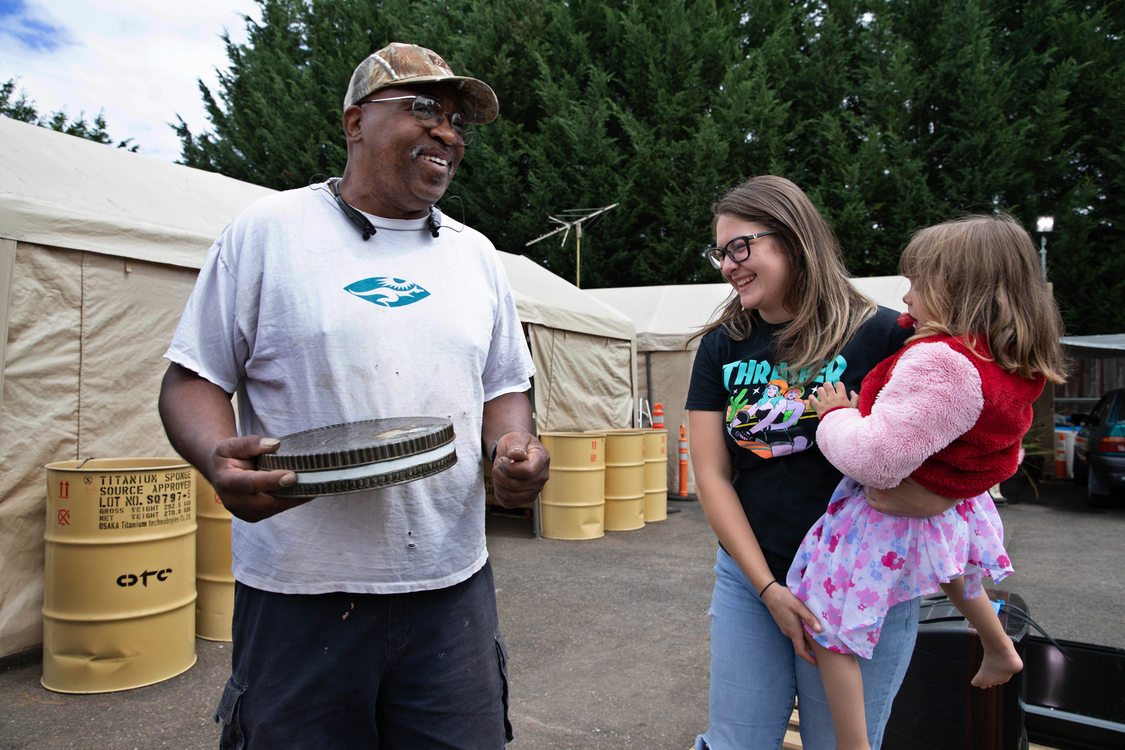 In his six years as the "yard boss" at Far West's Lake Oswego recycing center, Skip Stewart says he has made friends with a number of recycing regulars. 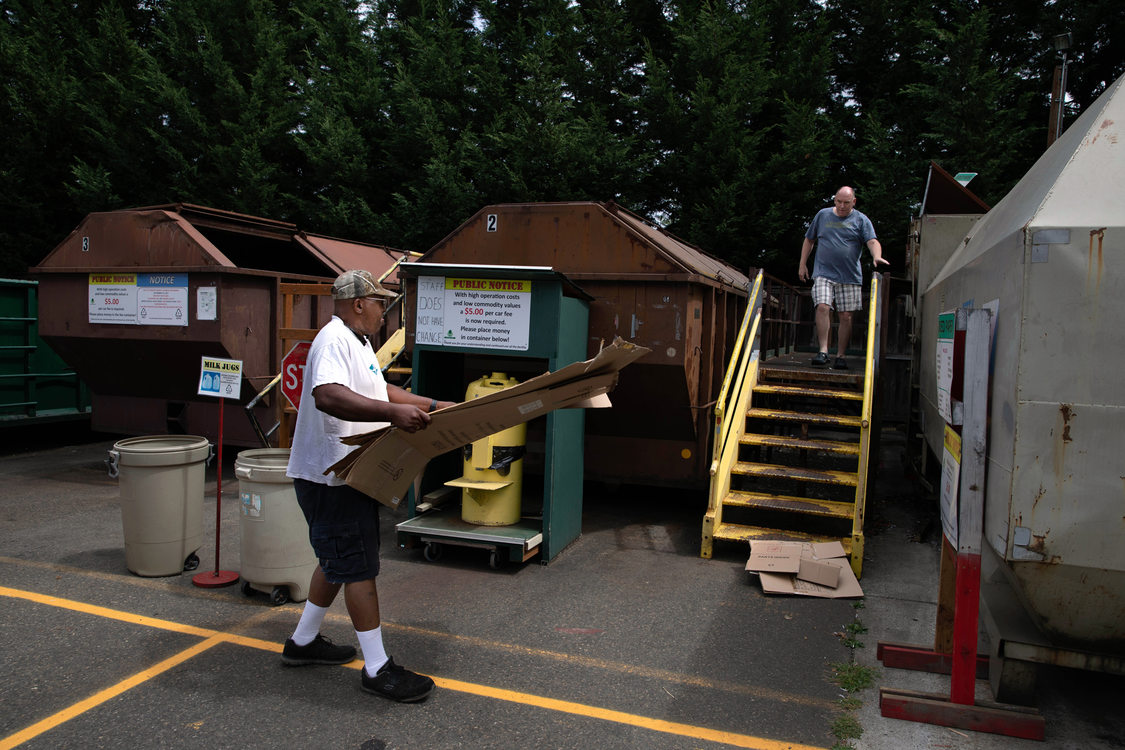 Skip Stewart helps customers unload their recyclable materials and find the right places for them. 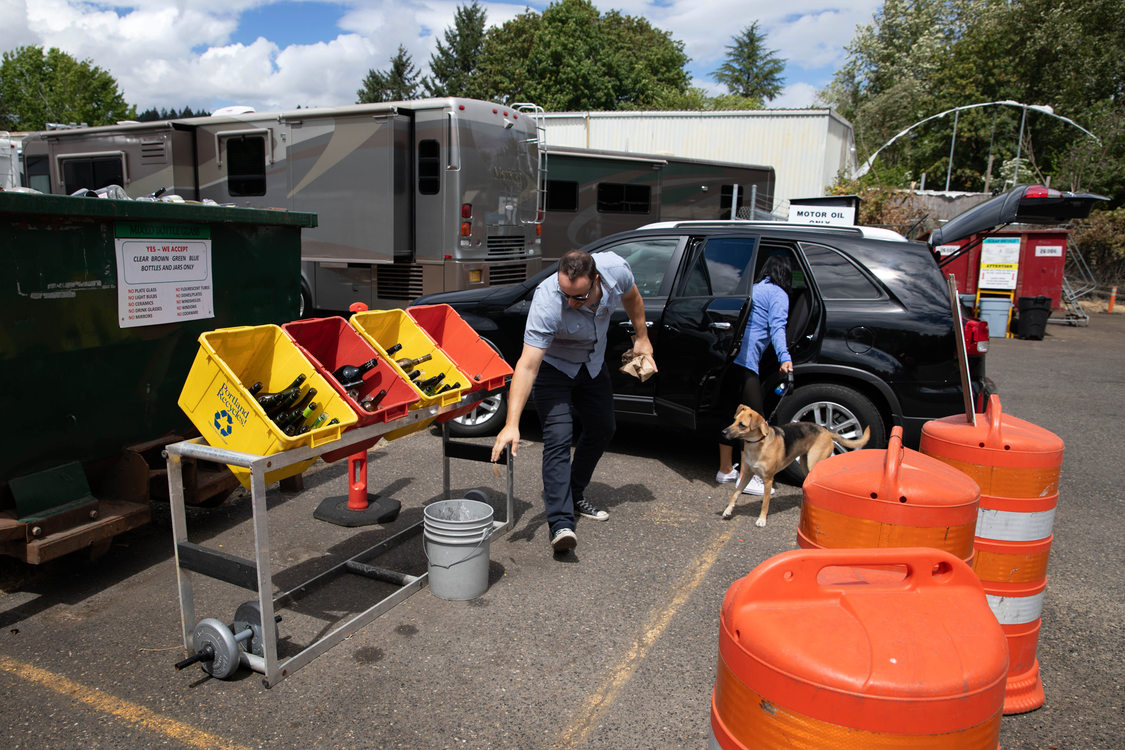 When Far West's Lake Oswego recycling center closes on September 24, their Hillsboro location will be the only one of their facilities taking a range of paper, metal, glass and electronics from the public. 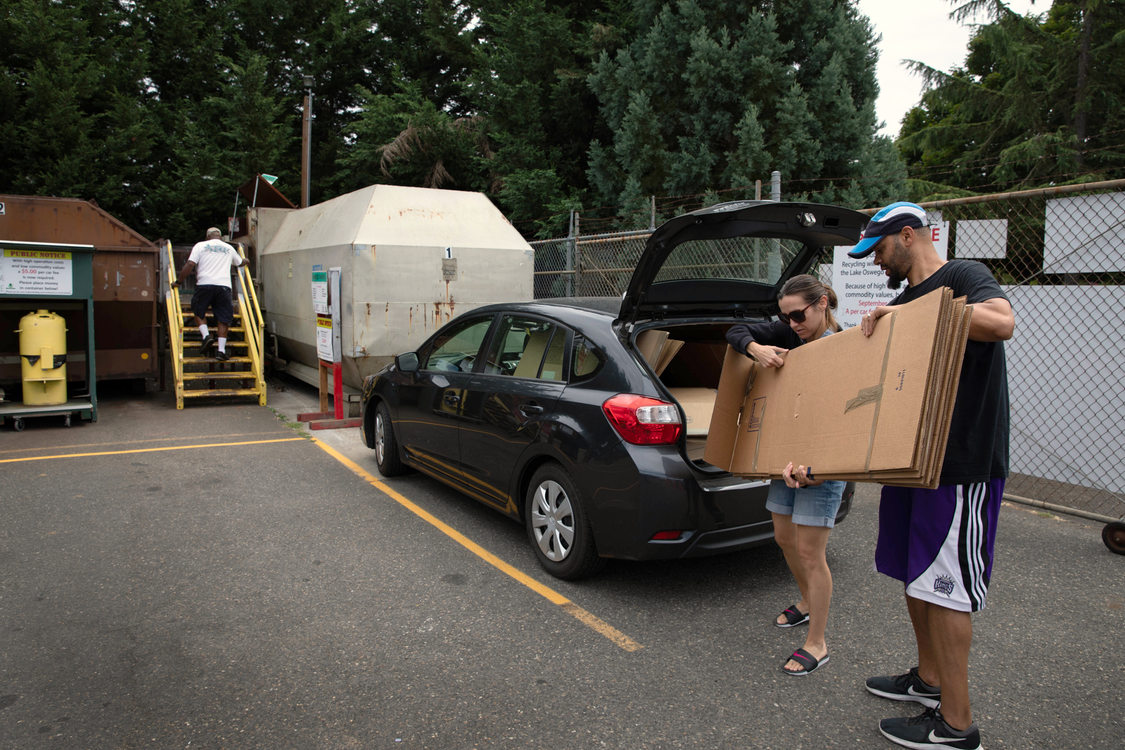 According to Far West officials, the decision to close the Lake Oswego location came down to finances. With shrinking global recycling markets, the public depots have been losing money. 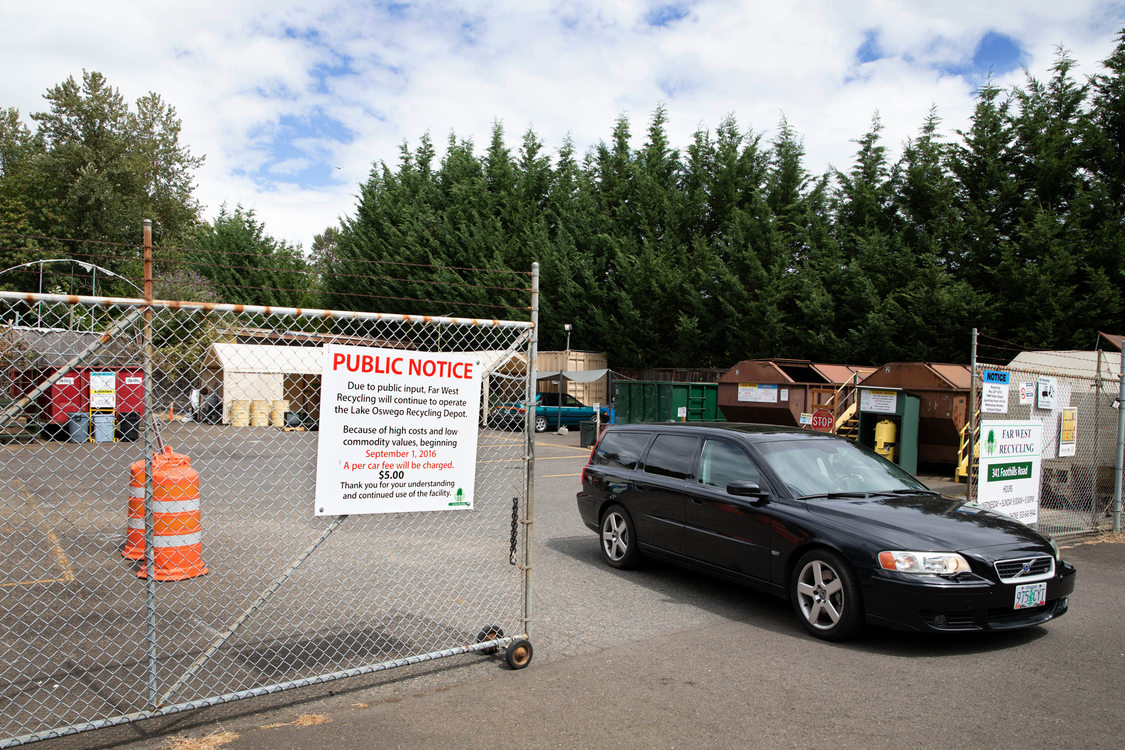 Sunday, September 23 will be the last day the public can drop off recyclables at Far West's recycling center in Lake Oswego.

Skip Stewart stands in the yard at Far West Recycling’s Lake Oswego facility and opens a tin full of Tootsie Roll pops. He offers them to a family dropping off their recyclables. A young girl in a flowered skirt reaches for a cherry flavored one.

Call Metro at 503-234-3000 or use the searchable database for information about where to take recyclables that can’t go in the bin at home.

“You’ve seen that T.V. show Cheers?” he asks. “Everyone knows my name.”

Stewart is the public face of Far West in Lake Oswego. He greets community members, answers their questions about what can be recycled, and makes sure that the right kinds of materials get into the right drop off bins - tin cans into that bin, cardboard into this one.

When Stewart took over the job of yard boss – as he likes to call it – in Lake Oswego six years ago, he says his army background kicked in. Right away, he set himself to organize it, and that included building himself an office.

These days, he is busy dismantling that office and taking his personal belongings home.

That’s because Far West Recycling is closing its Lake Oswego location. The last day it will take recycling is Sunday, September 23. It’s part of a range of changes the longtime Portland-area business has announced in light of changes in recycling markets.

For decades, Far West’s public recycling centers have been a go-to for people around greater Portland who want to drop off a wide range of items that are recyclable, but can’t go in their bins at home. But, say Far West officials, that convenience hasn’t been penciling out. In March of last year, Far West announced the closure of its Beaverton facility. Earlier this year, its North Portland location closed shop.

Along with the closure of Far West’s Lake Oswego depot next month, its Southeast Portland facility will pare down to receiving just metal, including large appliances (washer, dryers, ranges) and Oregon E-Cycles items, such as computer monitors and printers.

The Northeast Portland location will continue to accept electronics, cardboard, metal and electronics – at the office.

Tualatin currently only takes scrap metal from the public. Commercial customers can drop off electronics by arrangement.

That will leave Hillsboro as Far West’s last public recycling depot accepting plastic bottles, cooking oil, paper, cardboard and metal. They also have a Gemtext bin for dropping off clothing and shoes.

But with the unprecedented changes to global recycling markets, it has been losing money.

Earlier this year they began asking five dollars per car at all of their drop-off locations to offset costs. “You can only ask the public to pay so much,” he says, adding that he understands the closure may disappoint the surrounding communities.

Matt Korot, recycling and resource conservation manager at Metro, says local users will feel the impact. “It really affects at the emotional level,” he says.

The Portland area generates close to 1.5 million tons of garbage a year, says Korot, and recycles nearly another million tons of material a year – that is, the stuff that residents and businesses place in their recycling bins. Of that, says Korot, only a small amount comes through drop-off facilities. “It’s a small but meaningful contribution.”

“People really want to recycle,” Stewart says about his regular visitors. They come from West Linn, Lake Oswego, Sherwood and parts of Beaverton. “They’re going to be devastated.”

And, although Far West has offered him a new job at a different location, he adds, “I’m going to be devastated that it’s gone.” 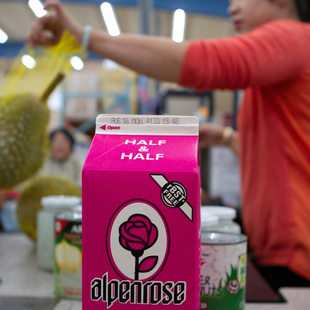 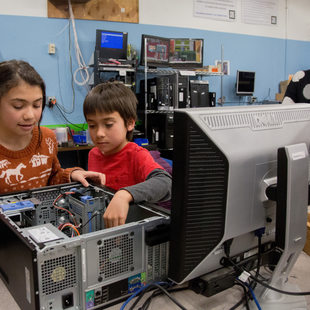