On Thursday, July 19, the Metro Council will consider a proposed ordinance that obligates city and county governments within greater Portland to require the collection of food scraps from certain types of food service businesses.

After the policy is proposed, the Council will open the meeting for testimony from the public. Public comment periods for both the policy and the accompanying administrative rules have been held in the last several months. Metro Council is scheduled to vote on the ordinance the following Thursday, July 26.

Businesses in the Portland area already have to separate recyclables like metal, paper and glass from their trash. Why add food scraps to this list? Right now food is the biggest component of what we throw away — enough food to fill 5,000 long-haul trucks a year. More than half of that food comes from businesses. And when it gets to a landfill it rots and generates methane, a potent contributor to climate change. This rotting food, says Metro spokesperson Ken Ray, is also a missed opportunity to transform the waste into compost, fertilizer, electricity, fuel or other useful products.

It’s Metro’s job to manage garbage and recycling in greater Portland. The government has developed the ordinance with direction from the Metro Council, and input from a range of stakeholders and the public. Metro has also taken steps to procure a local facility that would process food scraps into useful products and has been working with local governments to design commercial food-scrap hauling programs that make economic and environmental sense.

Fifth graders who have been studying composting at Sauvie Island Academy, provided input on the proposed food scraps policy during the public comment period last September.

Eighteen wrote in to support the policy, making impassioned pleas for turning food scraps into compost or energy. The four who opposed a mandate worried that businesses wouldn’t have money to pay their workers if garbage fees increased. And one student offered a new idea:

Another student argued for a mandate but worried about enforcement: “Where are you going to get a ton of people to check on all the businesses in Portland . . . maybe do something crazy and have trained dogs do it or robots.”

The rest felt strongly that the law would have environmental benefits:

“Since worms eat compost, they poop out dirt so plants can grow. If plants die then we die too.”

“If we don’t do this law --- you might as well kiss the polar bears goodbye.”

“I don’t want a world filled with waste.”

Read all the public comments

Ordinance developed with input from governments, businesses and public

Since May 2016 Metro has reached out to hundreds of businesses, property managers, local government officials and others to get input on the policy.  According to a survey conducted last September, business owners were mostly supportive, but worried about things like increased costs, odors, and space for storing extra bins.

In a round of public comment last fall, area residents, business owners and local governments weighed in. Most were in favor of the policy. Several expressed surprise that such a program didn’t already exist.

“Having lived up and down the West Coast where Portland was once considered to be a progressive example of how to get sustainability right, I think we are well past due to implement the recommended policy, said Julia Metz of Portland who, until 2014, worked as outreach coordinator for the Port of Portland’s food waste and donation program. “Other cities and regions have successfully done so . . . so it isn't a far stretch to expect the same of this region.”

Many expressed support for collecting food scraps in schools. Jerry Nihill, principal of Mary Woodward Elementary in Tigard, said, “We put theory into action by recycling in our classrooms and in our cafeteria. We compost on a limited basis and use the byproduct to fertilize our school garden. However, we can't keep up with the amount of food waste generated by our 530-student school.”

Local governments also had their say. Staff at Portland’s Bureau of Planning and Sustainability emphasized that voluntary participation in food scrap collection has not been enough to allow the city to reach its Climate Action Plan goals of reducing food scraps sent to landfills by 90 percent. In their comments, bureau staff said that the city of Portland has had a commercial food scraps separation policy on the books since 2008 but hasn’t implemented the requirement, in part because of limited processing capacity in the region.

Bureau staff said they believe that a regional requirement will ensure the kind of stable and steady supply of food scraps that makes it feasible to build a new processing facility locally. Right now, food scraps collected from businesses from around greater Portland travel 100 miles to either a compost facility or an anaerobic digester that turns food scraps into biogas. But these facilities are far away and don’t have the capacity to process the estimated 59,000 tons collected under a requirement.

Currently, haulers take separated food scraps collected voluntarily from businesses to Metro Central transfer station in Northwest Portland or to Willamette Resources Inc., a transfer station owned by Republic Services, in Wilsonville. There they are transferred to trucks that take them to processors in Junction City and Adair Village, respectively.

Keeping costs manageable is a priority

Right now, though, much of Washington County does not have close access to a facility that can transfer food scraps. Steve Callaway, mayor of Hillsboro, commented that requiring haulers to carry food scraps to North Portland would be both expensive, and, because of increasing traffic congestion, very slow. To address this, the policy includes a payment mechanism to help offset transportation costs for garbage haulers that collect from areas that are farther away from transfer stations.

At the same time, Metro is in negotiations with Waste Management to provide a facility in North Portland where food scraps can be prepared for delivery to the City of Portland’s Columbia Boulevard Wastewater Treatment Facility. There, food scraps would be processed in an anaerobic digester that will convert them into energy.

Would any of this affect the garbage bills of all ratepayers? Ray says probably not, though it may vary community to community. City and county governments set local garbage collection rates. Many jurisdictions recently raised rates, largely to account for increased recycling costs.

The Metro Council meeting starts at 2 p.m. on Thursday, July 19.

Find directions and the agenda 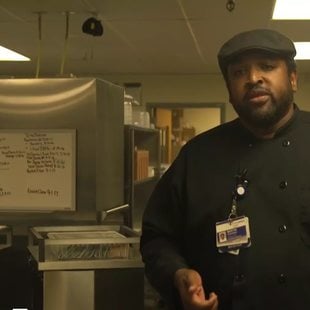 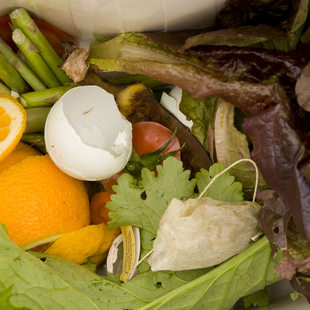