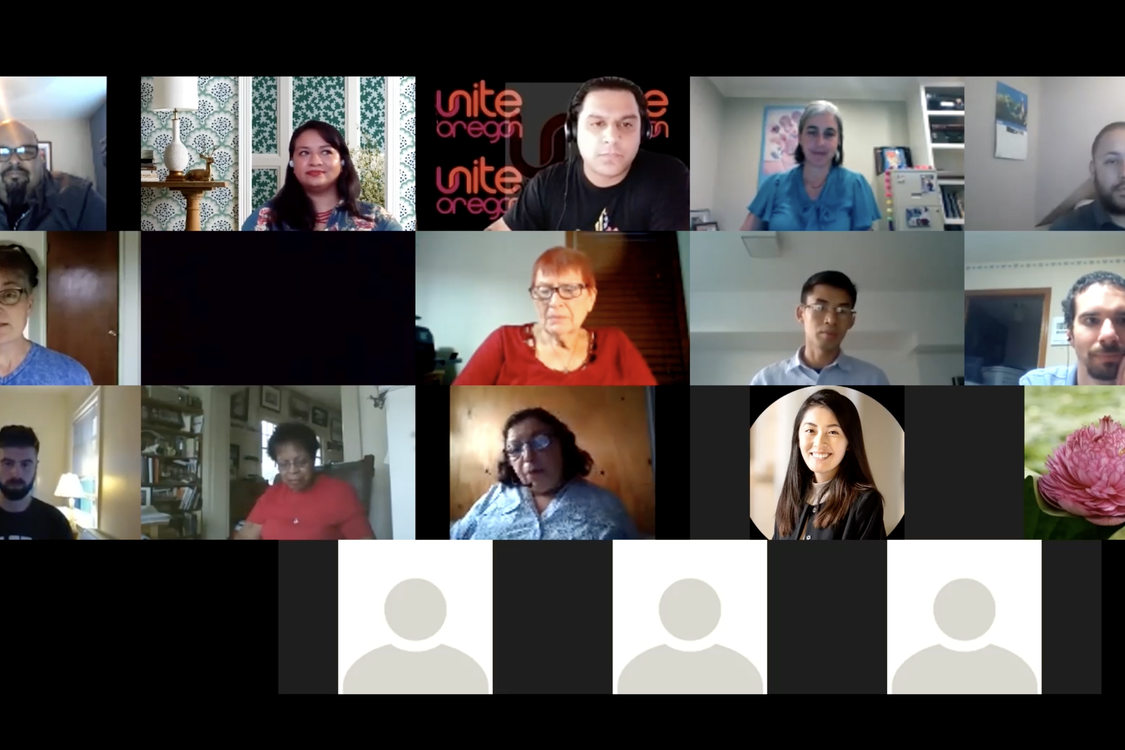 The community advisory group met over zoom 11 times from last summer until late spring. They delved deep into the project and offered insight on what they hoped to see in a potential facility. 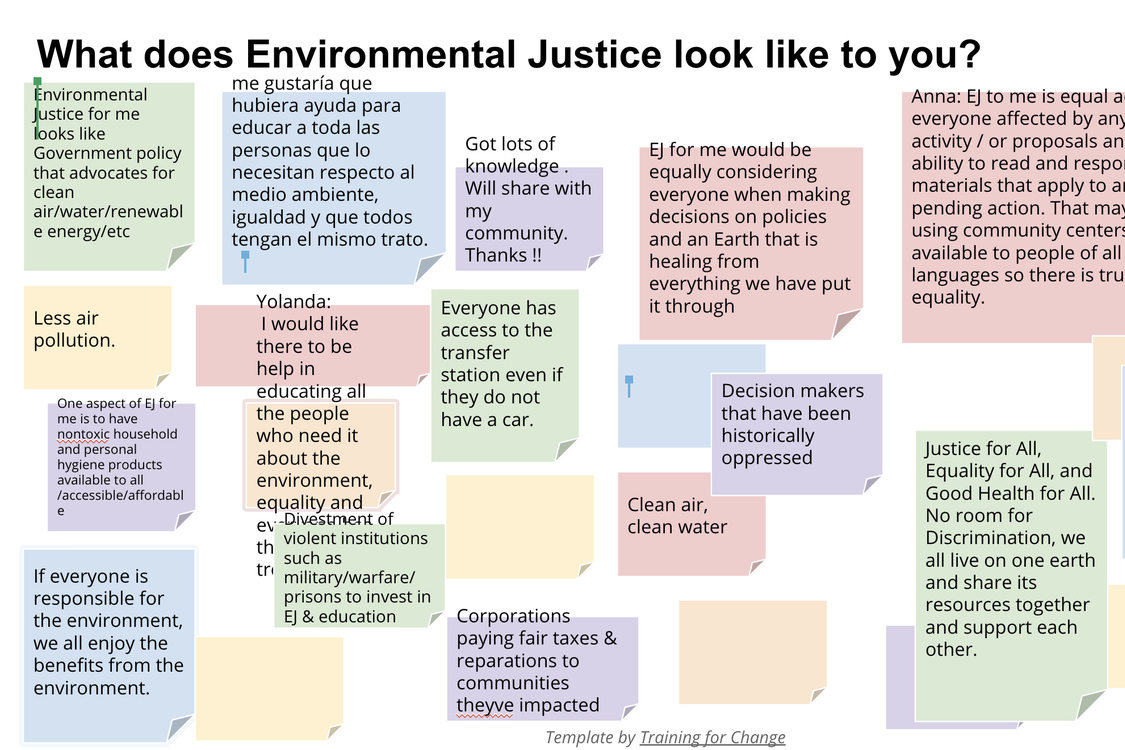 The advisory group discussed environmental justice and how the Future Metro South project could center equity in siting, design and construction. 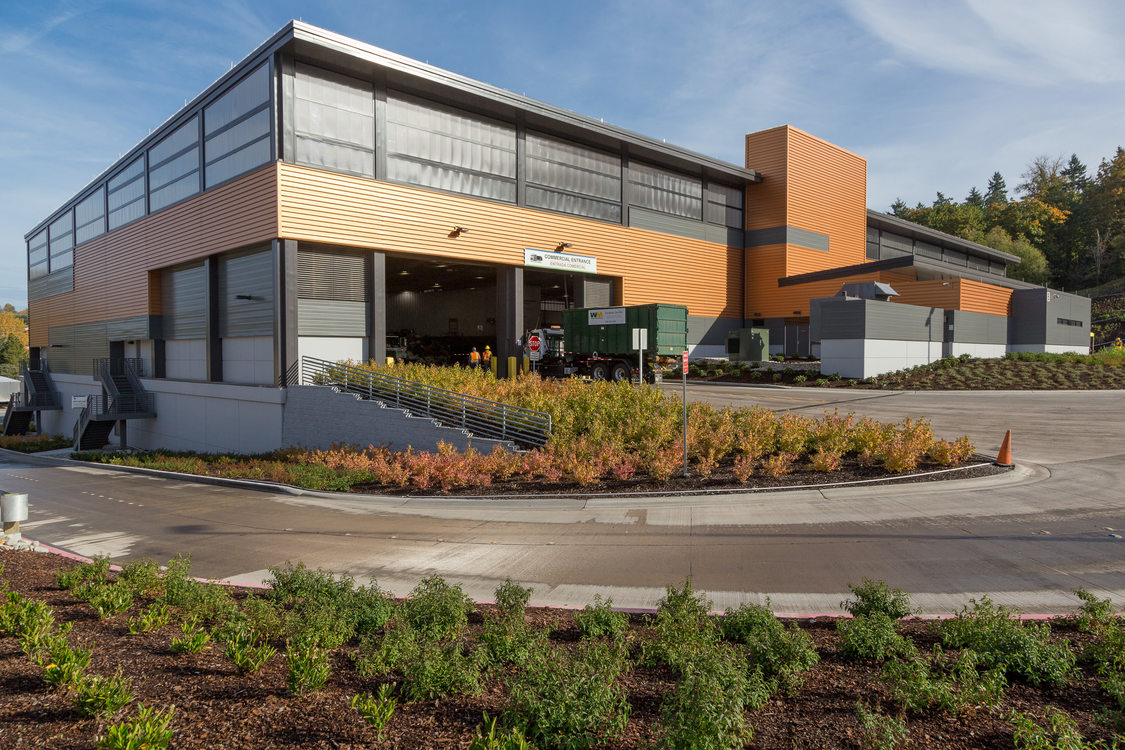 The group looked at examples of modern transfer stations from around the world including the Factoria facility in King County, Washington. 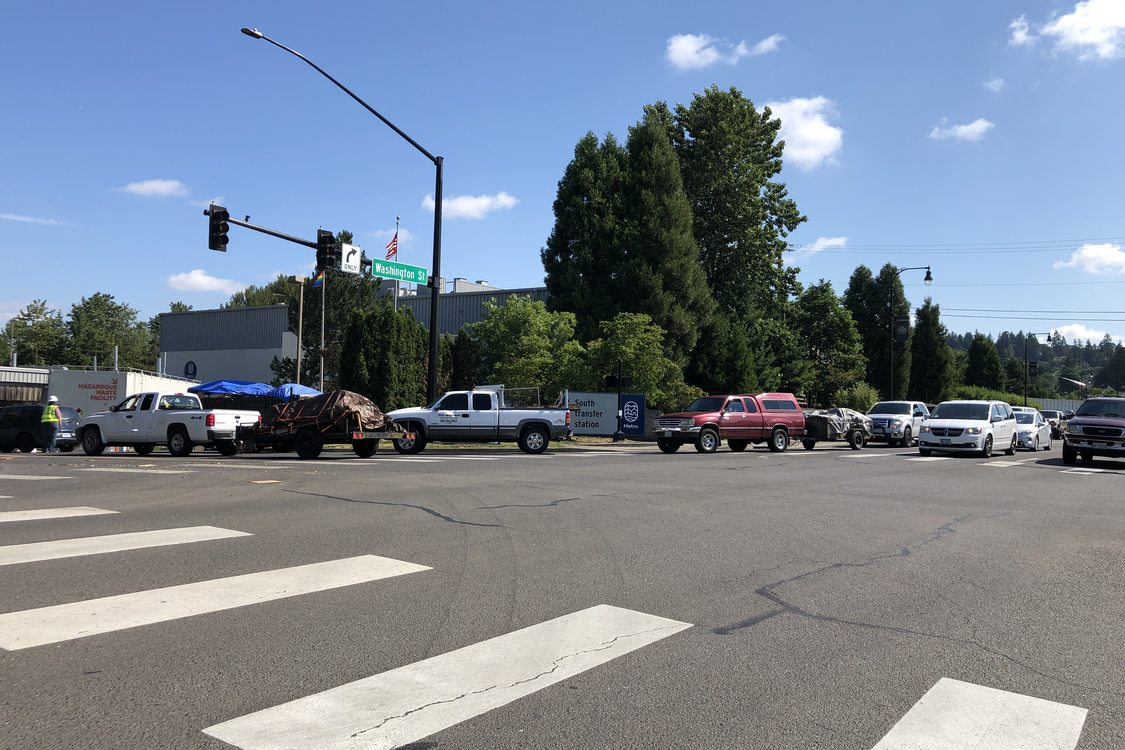 Community advisory group member Anna Wilson uses the current Metro South transfer station and would like traffic issues to be addressed in a new facility. "That's a safety concern for me," Wilson says.

The future Metro South community advisory group met to both learn about the garbage and recycling system and to share their values, concerns and priorities for the project. Their feedback has been brought together into a community lens to help Metro in siting and designing a new facility.

This lens provides community-led guiding principles for siting a facility, evaluating potential property, and the construction and design when a potential site has been approved for purchase.

Learn more about the criteria developed by the community advisory group.

“In Vietnam, we try to reuse everything – like plastic bags – over and over before throwing them out,” says Thao Tu. “We don’t throw things away easily.” Where he grew up, reducing waste was just a way of life.

Thirty years ago, Tu arrived in Oregon as a refugee. Here he met his wife, became an x-ray technician and raised a family. And in recent months, the former president of the Vietnamese Community of Oregon, has been thinking a lot about what garbage and recycling could look like in his home state.

Metro, together with Unite Oregon, hosted the meetings for the group to learn about the current recycling and garbage system and share their thoughts about a possible new recycling and transfer center in Clackamas County.

The existing Metro South transfer station – built in 1983 in Oregon City – serves 250,000 customers annually. Commercial garbage companies, small businesses and individuals drop off all kinds of waste there to be sorted and trucked off to final destinations.

It is Metro’s role to manage and improve the garbage and recycling system – as well as to ensure that facilities are regarded as assets to neighbors, local governments, industry partners and community members.

“I think the current site is good enough for some services. But with population increasing we may need more sites,” Tu says. He adds that managing potential problems like smell and pests will be important.

Another community advisory group member, Anna Wilson, has lived in Oregon City for 15 years in a home that doesn’t receive garbage service. So, she’s a self-proclaimed avid user of Metro South transfer station.

“The expansion of Oregon City in the last 15 years or so has been very dramatic,” she says. “The traffic, which used to be just a little irritating if I went [to Metro South] at the wrong time of day, is kind of a big deal now.”

She describes the backup of cars down Washington Street and says. “That's a safety concern for me.”

Wilson and others in the group talked at length about their concerns as well as their hopes for a new facility. And they compared how modern recycling and transfer centers – like this one in Seattle – look, operate and handle waste differently than older facilities.

“It never occurred to me how we get our garbage to landfill,” says Wilson. “I’m so much more aware now about recycling and what the potential is for the community and the region in general,” Wilson says.

She would like for local restaurants to be able to bring their compost or cooking oil to a local transfer center to reduce the number of garbage shipments that go to landfill.

Education and the environment emerge as core values

The group touched on a variety of topics including how public decisions get made and environmental justice.

“We also, of course, want to talk more deeply about the potential services that a new facility could offer in the future,” says Gloria Pinzón, Metro community engagement specialist who has helped facilitate discussions.

Tu believes that any new facility should include educational amenities. “The most important thing is education, messaging and treating the environment friendly,” he says.

Wilson agrees. She shares that even people trying to do the right thing – like herself – have put things in the recycling that don’t belong there. “Education is tantamount,” she says.

Some group members were surprised and pleased to learn how other recycling and transfer centers built education into their physical structures with things like community rooms with interactive displays and viewing windows. Parents in the group pointed out how education could even be entertaining for kids.

Whatever any possible future facility may look like, it will require more conversations with community members.