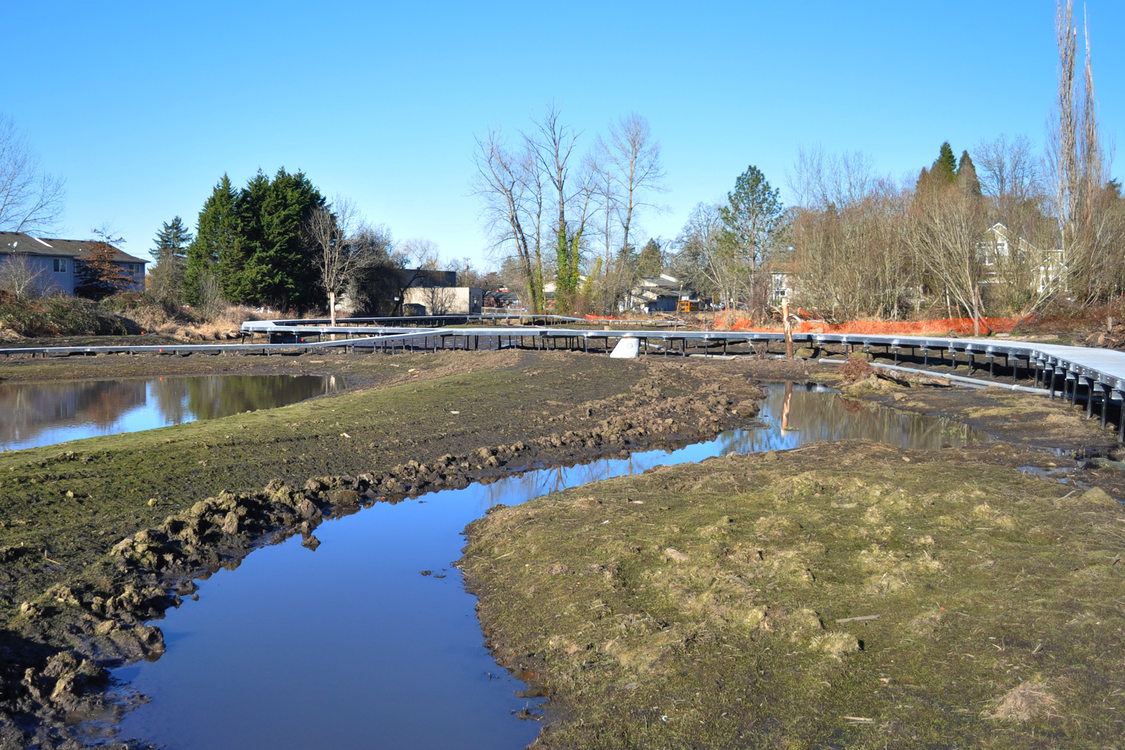 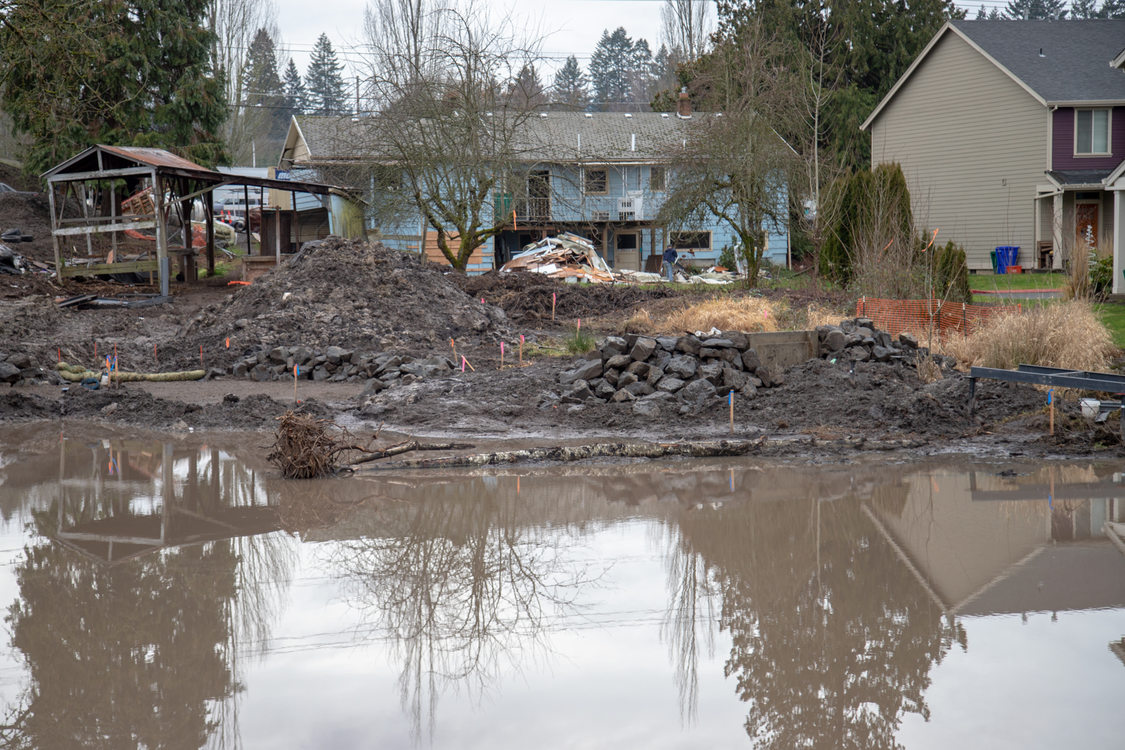 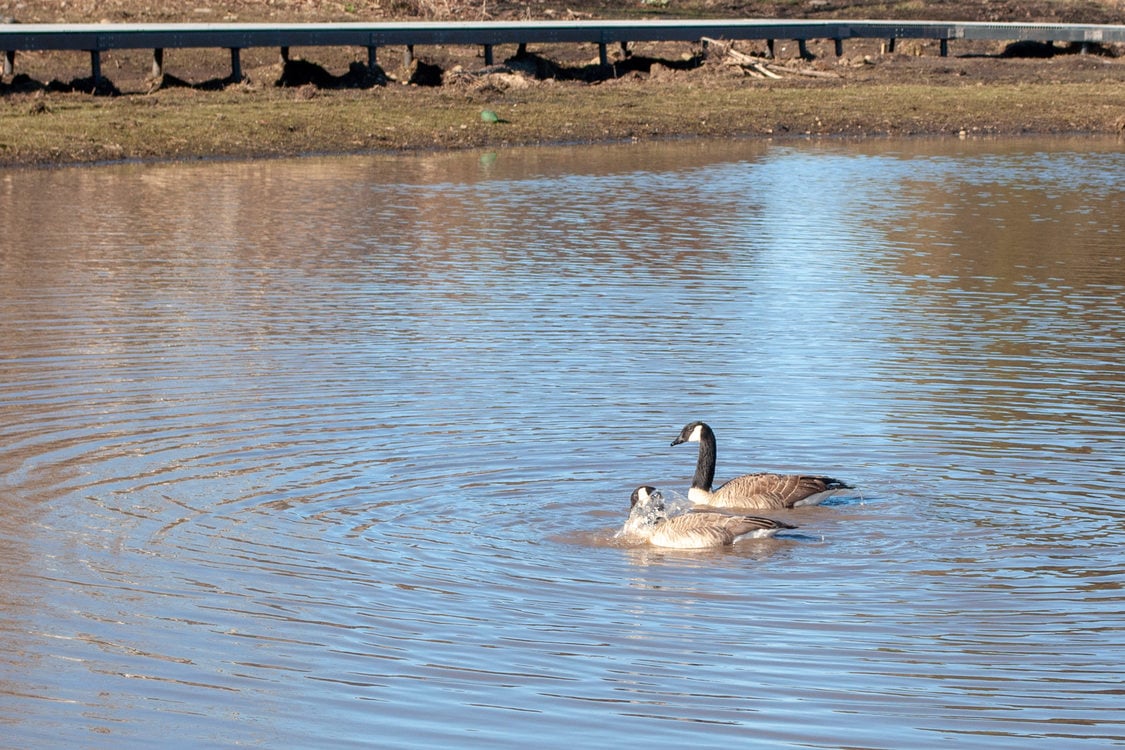 Once lacking wildlife, the geese, among others have returned. 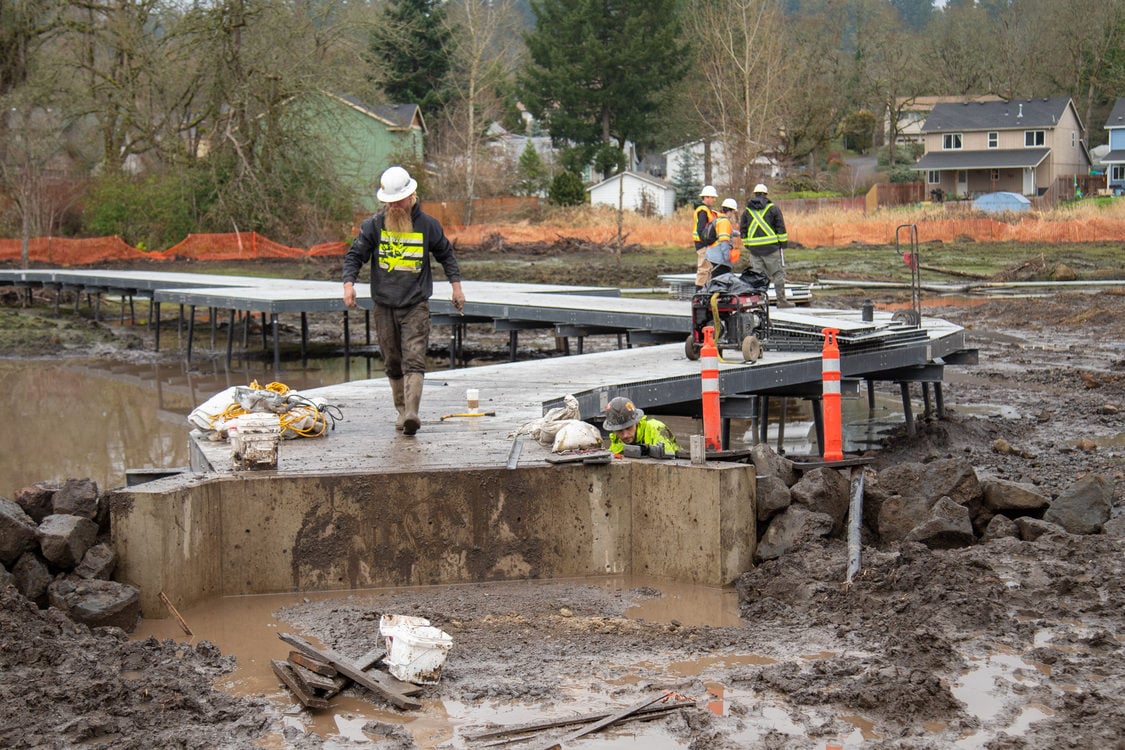 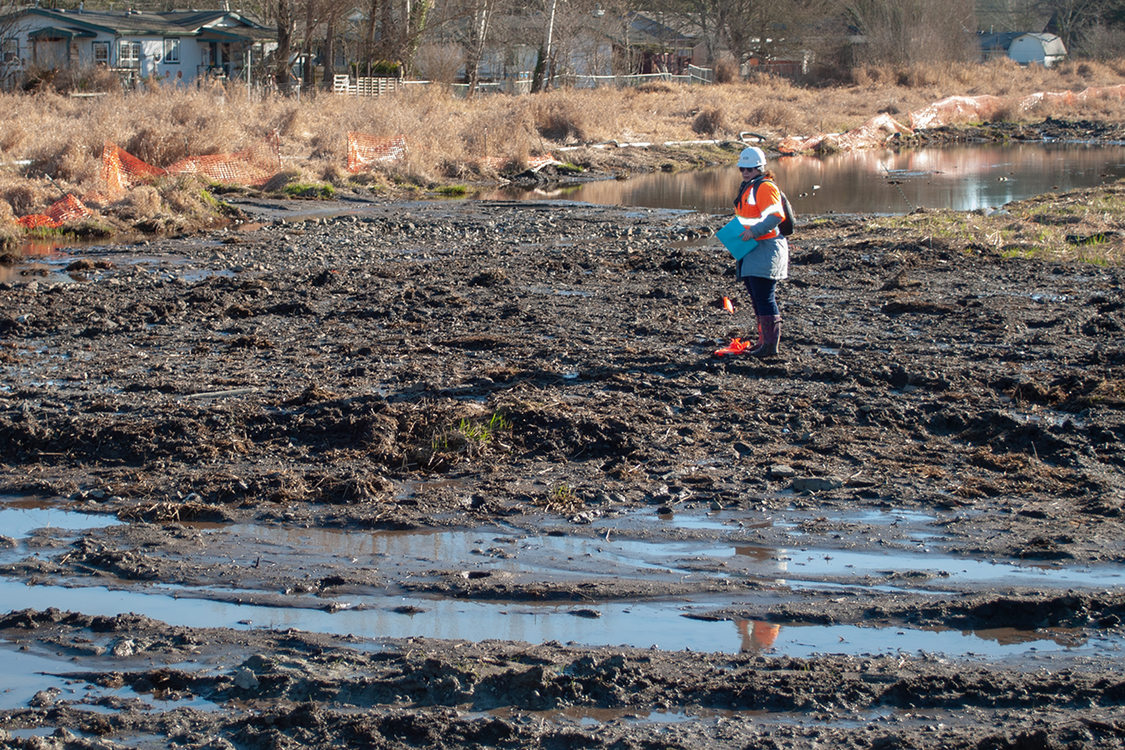 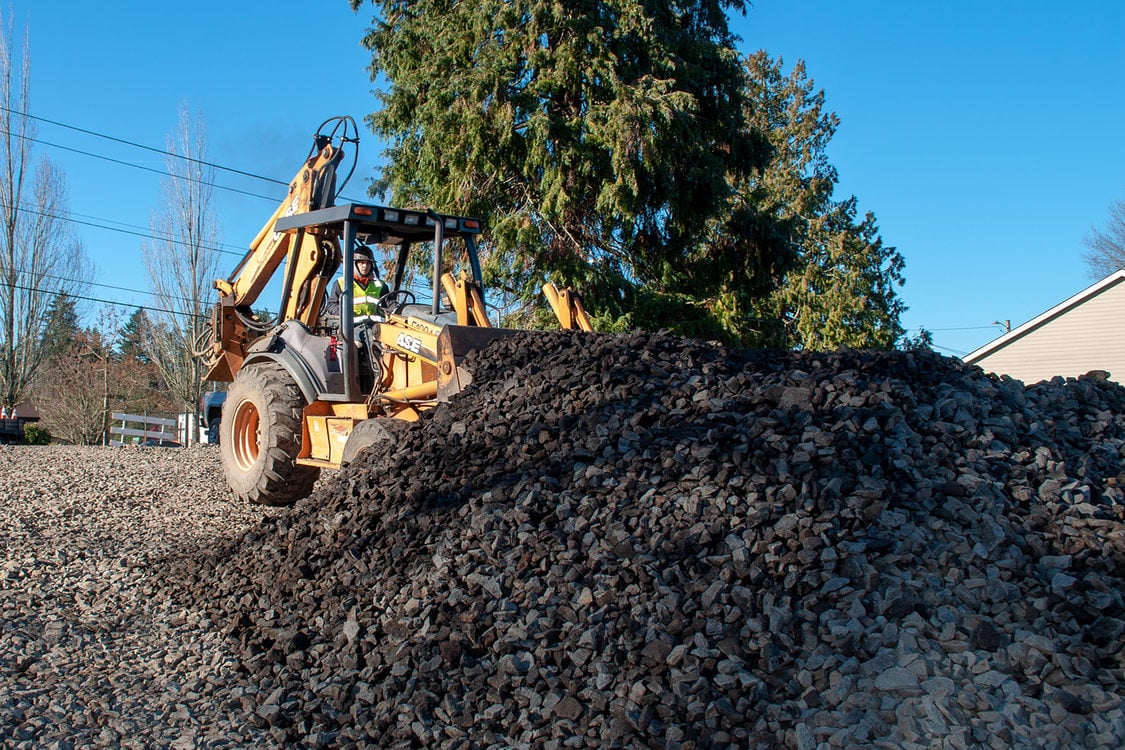 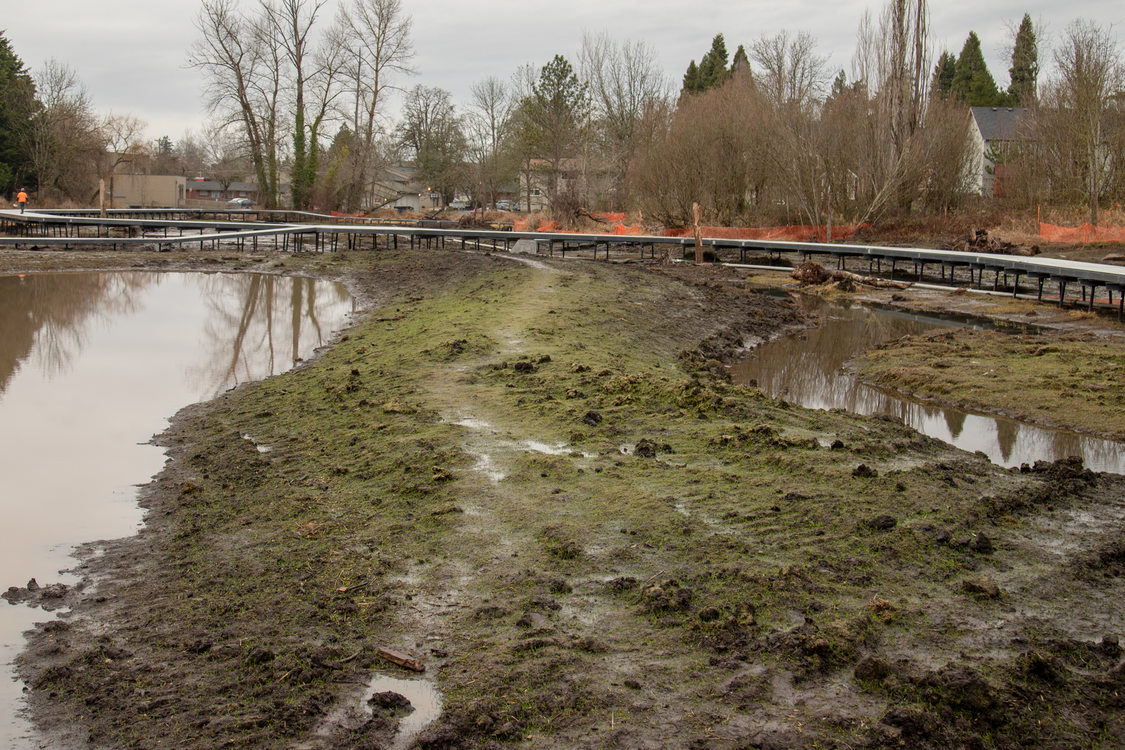 Drive around the Jennings Lodge area between Gladstone and Milwaukie, and you’ll notice big trees, mid-century homes and the occasional stream flowing toward the Willamette River.

What you won’t see a lot of: parks. This unincorporated area of Clackamas County has a shortage of parks, local residents say, and they want to fix that.

Enter Metro and a group of local service districts. Together, they’re working to turn Boardman Wetlands into an area where people can enjoy nature in their backyards. With the help of a $362,012 Nature in Neighborhoods grant from Metro in 2015, Oak Lodge Water Services acquired the 5.8-acre site to restore habitat and wetland structure and function, improve water quality and provide visitor amenities.

Metro has invested in community nature projects for more than 25 years. Through this occasional series in 2017-19, we’ll revisit projects that previously received Nature in Neighborhoods grants or local share money to find out where the projects are now and what difference Metro’s investments made.

“Investments in those large green spaces are very important for the health and well-being of the community here,” said Lara Christensen, outreach and program specialist of the Oak Lodge Water Services. “I can’t say enough how much the community has been looking forward to having a new place to go and visit.”

The return of native plants and wildlife

Taking a stroll along the 1,500-foot trail under construction now, logs and piles of tree debris can be seen atop the marshy land — not to be hauled away but to provide refuge to wildlife.

In a place where wildlife was once scarce, the ducks have returned. Geese can be found taking a dip in the water. A construction worker spotted a beaver swimming, in addition to little fish in the manmade pond. North of the pond, Boardman Creek flows through the site toward the Willamette River.

The undeveloped land was once filled with the invasive reed canary grass for many years until crews broke ground late June 2018.

The grass has since been stripped off, and the fiberglass boardwalk installed with several overlooks, which will be surrounded by nearly 28,000 native plants. These plants, including deciduous and conifer trees, shrubs and plugs, were selected because they will grow in this habitat without maintenance.

The trees will be placed in a way that visitors will feel like they are in a space within itself, Oak Lodge District Engineer Jason Rice says, like being in a forest. This will give visitors a more nature-oriented experience, without a view of the homes surrounding the site.

Giving more life to the neighborhood

In urban parts of Clackamas County, park deficiencies are a known issue, especially in areas with very little development.

In a previous study, the North Clackamas Parks and Recreation District used data that determined the Jennings Lodge area was ”park deficient,” said Tonia Williamson, the district’s natural resources coordinator. Ideally, residents would have access to a neighborhood park within a half-mile. Two parks currently serve Jennings Lodge, an urban unincorporated community of about 7,315 residents, and the nearest natural area is Spring Park Natural Area, nearly four miles away.

The Trolley Trail runs through Jennings Lodge, about 1,200 feet from the wetland’s entrance off Southeast Addie Street, which will give visitors easy access to the site once completed.

This community includes the Briar Ridge Estates Subdivision Homeowners’ Association, which previously owned the site of the future park. Kim Breckel moved to Briar Ridge with her husband nearly seven years ago. Four of their grandchildren, all under the age of 10, visit each week, and a park or outdoor recreation was always a drive away. She says she’s excited about the park opening, especially since they will have a private entrance to the wetlands.

“I think that it’s great that we’re going to be able to have the next generation come out and get excited about the outdoors and things they can learn, especially in the wetlands,” she added.

Boardman Wetlands is one of the few greenspaces and wetlands in the water district. This project was designed to improve water quality. Wetlands act as a natural sponge for runoff, slowing down the flow of water, giving it time to recharge groundwater and improve water quality as sediments fall out and plants absorb nutrients.

To the right of the entrance will sit the canvas-covered outdoor classroom, which Christensen is looking forward to the most since she began working for the water district three years ago as the outreach and program specialist. The outdoor classroom at the wetland will allow her to teach about water quality, habitat, animals and more.

“We do tours of the sewer treatment plant, and we take students out of our district to the water treatment plant,” she said. “(With the outdoor classroom), we’ll talk about everything. We’re going to use it as much as possible for many different ecological and experimental education adventures.”

Additionally, the district is home to five elementary schools and two high schools, providing convenience for a quick field trip.

Last spring, the water district decided to give the land to the parks district. Thanks in part to a grant from Oregon State Parks, the parks district bought residential property south of the wetland, adding parking space and a nature play area.

“Having a play area for families in this area that’s outdoors, and based within the natural world is another layer that we just really needed," Christensen said. “The way that Clackamas County does planning and development, we’re not taking into account that pretty soon, we’re not going to have a lot of greenspace left, so Boardman is a really important step in the right direction.”

A project driven by the community

To qualify for Metro’s grant, the project had to fall in at least one of four major categories: land acquisition, urban transformation, restoration and neighborhood livability. Money for capital grants comes from Metro’s natural areas bond measure that voters approved in 2006.

Rice, the district engineer at Oak Lodge, has overseen several projects. None, he said, have made him as proud as this.

“(In past projects), I was like, ‘Man, I wish it could be better this way’ or ‘We could’ve done things that way,’” he said. “This is exactly what people want and it’s so cool to see it start coming up.”