The Metro Council voted unanimously Thursday to send an affordable housing funding measure to the November ballot, asking voters whether the average homeowner should pay $60 per year to help provide housing for 12,000 people.

The measure, which would raise taxes by $0.24 per $1,000 of assessed value, would launch a region-wide approach to addressing a housing affordability crisis that is growing nationwide, as construction costs increase and the federal government slashes funding for housing.

"We have a moral imperative to help families who are struggling – because it’s who we are as Oregonians," said Metro Council President Tom Hughes. "This is a program that helps seniors, helps families, helps veterans and helps our community as a whole. It’s no wonder that we’ve heard such strong support from local leaders on this. For $5 a month for the average homeowner, we can get 12,000 people into housing. I support asking the voters to affirm that they support these values."

The housing crisis is acutely felt in the greater Portland area, where the fair market rent for a 1-bedroom apartment is $1,132 per month. A person working full-time at the minimum wage can only afford $624 a month in rent. To pay fair market rent for that 1-bedroom apartment, based on one-third of income going toward housing, a person would have to work full-time making $21 an hour.

The bond will make a direct impact for “the single mom whose two jobs aren’t enough to pay the rent, or the family of color who has been displaced from the home they’ve had for generations. While the problem isn’t new, the scale is, and I’m proud that we’re facing it head-on together," said Multnomah County Chair Deborah Kafoury.

Families, in particular, are struggling. In the 2016-17 school year, more than 8,000 students throughout the greater Portland area experienced some form of homelessness. The Beaverton School District had the most students experiencing some form of homelessness, with more than 1,500 students sleeping in cars, on the streets or living with relatives because their parents didn't have housing of their own.

"Kids need a home to play, to laugh, to learn," said Elizabeth Goetzinger, president of AFSCME Local 3580. “An endless cycle of upheaval for our community's most vulnerable - our seniors, veterans and people with disabilities, and the racist impact of past decisions … is morally intolerable.”

The affordable housing crisis also hits seniors. While senior homeowners have programs, including tax abatement measures, to maintain housing affordability, senior renters on fixed incomes are being squeezed out of housing. The average Social Security retirement income in greater Portland is $1,440 a month.

“Older adults are feeling the pinch. They are experiencing this," said Bandana Shrestha, community engagement director for AARP Oregon, which has endorsed the measure. "For these older adults, it often means premature institutionalization, which ends up costing the public resources."

Of the 24 cities in the region, only one has already pursued an affordable housing bond. Portland voters approved a bond in 2016, and it is beginning to ramp up as leaders there try to secure affordable housing for that city's residents. That program has produced more than 200 of its 1,300-plus planned homes.

But that only addresses a sliver of the region's need. Greater Portland is 48,000 short of the number of affordable housing units needed based on wages and population growth.

"Longtime residents, new families, older adults on a fix income, kids just out of college, it turns out everybody is affected by the rising costs of housing," Fish said. “I have never seen this region so energized about partnering to find solutions.”

The proposal was not without its detractors. Washington County Chair Andy Duyck said the $5 a month property tax on the average Metro-area homeowner is a cure "worse than the disease." And Cascade Policy Institute executive director John Charles said the measure is going to raise taxes with little impact.

"It will disappear into the void of many policies and no one will notice it ever happened, except that it will raise the cost of everyone’s taxation," Charles said.

But the majority of people speaking at the 3-hour Metro Council hearing Thursday urged the council to put the measure on the Nov. 6 ballot.

"The market forces that drive up rents are blind to dwindling resources and county lines," Kafoury said. “The crisis is just as real in Milwaukie as it is in Beaverton.” 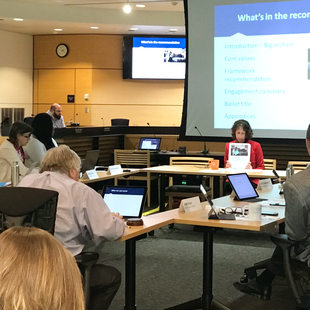 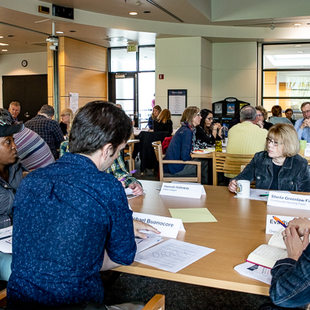 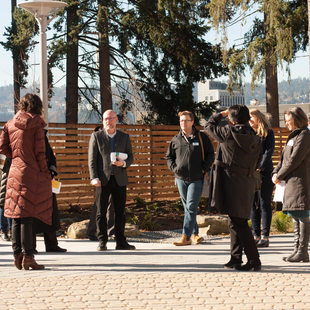