Ella Olsen is one of the girls at Aloha High who is considering a career in construction.

A new agreement amongst government agencies and labor unions aims to make a dramatic improvement toward hiring more women and people of color on construction projects around the region.

On March 17, Metro officially signed the Regional Workforce Equity Agreement.  It implements Metro’s Construction Career Pathways Regional Framework and will be a key tool in creating and sustaining construction careers for women and people of color across the Portland region.

As one of the nation’s first multi-jurisdictional workforce agreements, it covers specified projects undertaken by Metro, Multnomah County and the City of Portland over the next five years. For Metro, all capital projects of more than $5 million will be subject to the terms of the agreement.

Multnomah County Chair Deborah Kafoury has signed the agreement. The City of Portland is expected to approve it later this month. The agreement is structured so that other agencies can sign on in the future.

“This is about keeping our promise as a council to advance racial equity and promote economic empowerment in our region,” says Juan Carlos González, Metro Councilor for District 4.

Earlier this year the framework was recognized as a national model by the U.S. Department of Labor.

Workforce agreements are legally binding contracts that set standards for wages, benefits and safety protections for workers. For project owners, they are a tool to control costs, improve job quality and efficiency and prevent workers from striking.

They can also be an opportunity to address historical wrongs. Women and people have color have been shut out of lucrative construction jobs, while minority-owned firms have not always been able to compete on projects covered by traditional workforce agreements. In 2021, nearly 88% of people employed in construction were white, and less than 4% were women in non-office jobs, according to the U.S. Bureau of Labor Statistics.

“We began with equity,” says Sebrina Owens-Wilson, regional impact manager at Metro, describing how Metro’s Diversity, Equity and Inclusion team set out to negotiate the agreement. On one side of the table were the public agencies, on the other the building trades and carpenters unions.

Although contract negotiations are typically closed, says Owens-Wilson, “we created an equity advisory table that included workforce development partners, pre-apprenticeship programs and minority contractors’ associations to advise the public owners on what we needed to be getting from this agreement.”

Maurice Rahming, president of O’Neill Construction, served on the equity advisory table. “We identified opportunities and barriers and came up with solutions for this crisis we’re facing:

A silver tsunami of workers retiring, and we aren’t filling the void. We needed to make sure that women and people of color get the opportunity to fill those higher-paid construction jobs.”

The agreement implements hiring targets that ramp up over five years. Eventually, 14% of work hours at every jobsite will have to be performed by women, 25% by people of color and 20% by apprentices.

“The agreement is transformational,” says Twauna Hennessee, community outreach representative at Northwest Carpenters Union. “People who may have been left sitting on the bench can now go to work because of these diversity targets. It will also make a difference for continuity of work, address income inequities, and give women and people of color a chance to build wealth for their families for generations to come.”

Willy Myers, executive secretary treasurer of the Columbia Pacific Building and Construction Trades Council, says, “We need to achieve true reflection of the communities we are working in, then to maintain that diversity those jobsites will need to be safe from hate and harassment.”

Bullying and catcalling is a problem for everyone in the construction industry, but especially for women and people of color. The workforce equity agreement requires that everyone on a jobsite participate in anti- harassment or respectful workplace training.

The agreement also includes protections for BIPOC and women-owned smaller firms who already have a diverse workforce. Mark Matthews, president of open shop firm Pacificmark Construction, says under the agreement, he can use his own workforce and is not required to hire through union hiring halls. “It levels the playing field.”

On March 30, Metro issued a request for proposals to renovate or replace the operations and maintenance facility at Blue Lake Regional Park. The project will be the first to be governed by the Regional Workforce Equity Agreement. 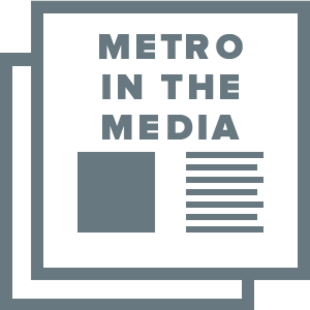 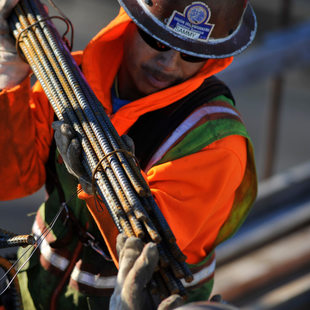 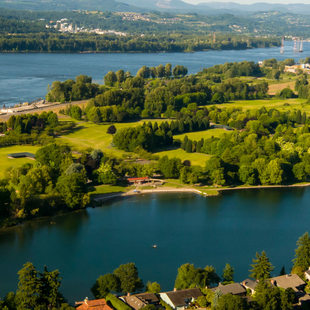