Mary Tibbetts: Tradition and tragedy on the banks of the Columbia River

Mary Tibbetts: Tradition and tragedy on the banks of the Columbia River

Mary Tibbetts was born around 1865, somewhere along the Columbia River near Troutdale. In 1913, the Oregonian described her as the “last of the Columbia River Tribe of Indians,” but in fact this couldn’t be further from the truth. After 1855, when the federal government established many of the major reservations in the area, the off-reservation Indigenous communities along the Columbia formed a loose affiliation based on a common desire to preserve their traditional way of life, which relied heavily on being able to live near the river’s banks — a proposition the reservation system made very difficult. Mary, then, was actually among the very first children to be born and raised as members of the nascent Columbia River Tribe.

Mary Tibbetts is buried at Douglass Cemetery in Troutdale

Given the long stretch of territory claimed by the Columbia River people it is difficult to pinpoint Mary’s exact location during her early years. Her father was an important figure in her predominantly Indigenous community, holding the power to officiate marriages and similar ceremonies. One Oregonian article dubbed him a “chief” (a term often overapplied to Indigenous men in positions of authority). Though little is known explicitly about Mary’s childhood, what can be said for certain is that she grew up during a time of great upheaval in her community.

When she was in her thirties, Mary Tibbetts met W.S. Anderson, a man roughly her age who worked in the woodcutting industry. Local news and the couple’s own testimony paint a picture of a loving relationship, even in a time when such a union was illegal in Oregon and would have been seen by many as taboo. Mary already had a daughter, whom Anderson helped raise, and the pair went on to have two more children together. They were married by Mary’s father in a traditional Indigenous ceremony in 1894, and settled in Troutdale, where they lived quietly for many years. Their children attended the Chemawa Indian School in Salem.

After 19 years of marriage, Mary fell ill with a bad case of pulmonary tuberculosis, one of the most widespread and deadly illnesses in the region at the time.

By 1913, Mary was on bedrest in the advanced stages of illness when local police arrested Anderson and charged the couple with living together illegally. The terms of their marriage, evidently, were not considered legitimately binding under U.S. law. Furthermore, numerous racist laws at the time restricted or outright forbade the association of men and women of white and native ancestry.

Anderson was brought to trial before he had the opportunity to secure a lawyer, and pled guilty that day despite not understanding the nature of the charges leveled against him. By the time he could secure an attorney to explain that he and Mary had been married for nineteen years, his original admission of guilt still stood before the court.

Although the district attorney agreed to see what he could do about repealing the case, Anderson was made to leave town and cease all contact with his wife until the paperwork was completed. Mary, being in no state to take care of herself, was moved to a local hospital.

Anderson quickly applied for a marriage license in hopes of securing legal legitimacy for their children and the right to visit his wife on her sickbed, paying out of his own pocket. Despite having the proper license, he was unable to press forward with the arrangements, since a law from 1866 made it illegal for any white person to marry more than a “half-blooded Indian” within state boundaries.

Instead, he was burdened with securing passage for the two out of state, where they could find a willing official for their marriage and be recognized under federal law. Although it was only a short distance across the Columbia river to Washington, Mary was gravely ill, and there is no indication that Anderson was able to secure visitation rights.

Despite his tireless effort, these legal and logistical difficulties persisted. Knowing that Mary was near death, Anderson appealed to be able to attend her funeral if she should die before he was allowed to see her again. Tragically, Mary passed away before the couple could be reunited. According to the Oregonian, efforts to notify Anderson of his wife’s death were “unsuccessful,” and he was not at her funeral.

The story of Mary’s death is a tragic one, and sadly her community suffered as well. Overlooked by the limited social safety nets of the reservations, the Columbia River people were subject to often violent racism from white settlers. A number of these colonizers bought or received land from the federal government after ratification of Native American treaties, which many native people had never consented to in the first place. For Mary’s community in particular, who had refused incorporation into the new reservations, these settlers were profoundly disruptive to infrastructure that existed hundreds if not thousands of years before white colonization.

The settlers posed a serious threat to the Columbia River Tribe. Indigenous people throughout the region carefully regulated their salmon fishing to certain times of year to help preserve salmon populations. White commercial fishing and damming practices along the river tipped this delicate balance, disrupting a major source of food and commerce. In spite of these difficulties, the Mid-Columbia people lived in close proximity to lands parceled out to white settlers by the federal government, and trade and association between the groups was abundant.

Although not recognized officially by the federal government, to this day many Indigenous people in the region identify more strongly with the Columbia River Tribe than with the tribes on whose lands they nominally live. And though Mary was considered one of the “last” of her community, her legacy continues, as do the lives of her people. 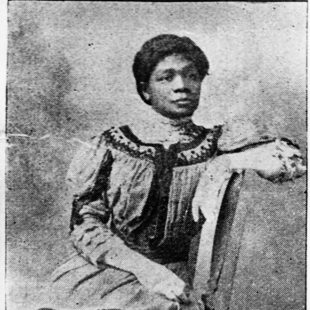 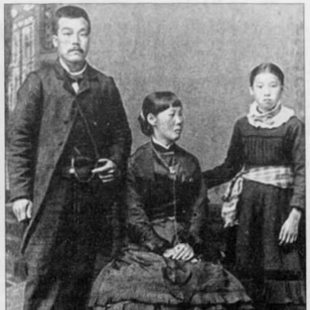 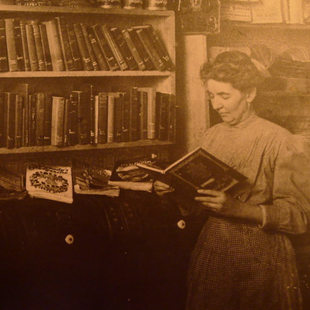