In about two months, Metro's leaders will hammer out the details of the regional government's 2017-18 budget.

An initial proposal will be released, some tweaks will be made, and by mid-June, a plan to spend around $400 million will be voted on by the Metro Council.

But what's in that $400 million plan? Here is a look at some of the basics of Metro's budget.

1. Metro has many sources of revenue.

Almost half of Metro's budget comes from fees for services rendered. When trash or yard debris gets dumped at a Metro-owned transfer station, for example, the hauler pays a fee to use the facility. Events at the Oregon Convention Center pay for the building and staff time.

In 2016-17, Metro expected to collect $337 million in revenue – and charged $146.6 million for services rendered. The next biggest source of revenue was property taxes, which accounted for 38 percent of the budget in 2016-17. The remaining 20 percent of anticipated revenue came from grants, other governments, excise taxes on garbage and a small tax on building construction.

Voters have added another 20 cents per $1,000 – another $40 per year for the above homeowner – for three big projects. In 2008, voters approved a $125 million spending plan at the Oregon Zoo to improve animal welfare and conservation education; in 2006, voters directed Metro to buy natural areas around greater Portland to improve air and water quality. And in 1996, voters directed Metro to develop the Great Northwest exhibit at the Oregon Zoo. The latter bond should be fully paid this year.

Oregon’s quirky property tax system limits the impact of the current economic boom on Metro’s budget. A refresher: Property taxes are based on the “assessed value” of a home, lot or building – how much the government says it’s worth. A voter initiative in 1996 reset property taxes to 1995 levels, and limited property increases to 3 percent a year.

That’s why half-million dollar homes in Northeast Portland pay less in taxes than houses in other areas that are worth half as much. Both properties saw their assessed value go up 3 percent a year, but the homes in the popular neighborhoods were worth less when the assessed property values were reset in 1995.

In turn, government tax revenues generally increase at about 3 percent a year, regardless of how much real estate costs go up.

4. Many of Metro’s services pay for themselves.

You can think of Metro as having two lines of work – things it does for the general wellbeing of the public, like maintaining natural areas and planning for future growth; and services that people pay to use, like the Oregon Convention Center and the solid waste system.

For example, Metro expected to collect $40.1 million in revenue from visitors to the Convention Center in 2016-17. It cost $38 million to operate the center, including $6 million in capital spending on construction and equipment.

Metro expected to charge $69.4 million to users of its solid waste system, and spend $66.6 million operating the transfer stations, the regional recycling information system and other waste-related services.

Other services are hybrids of the public-good and pay-for-service model. The Oregon Zoo, for example, collects about $26.6 million in charges for services, but costs $35.9 million to operate. It’s supported by Metro’s general fund.

5. Metro’s spending is guided by a revenue limit.

Around the turn of the century, there was a movement to implement spending caps on government services. They were often called “Taxpayer Bill of Rights” initiatives, and they limited government spending unless otherwise specified by voters.

In 1992, voters hard-wired a spending cap into Metro's charter. It could spend $12.5 million in excise tax money – but not a penny more, unless the spending increase was specifically approved by voters. That number would go up based on the Portland-Vancouver Consumer Price Index each year. Even if excise tax revenues were to soar, Metro’s spending is limited to that $12.5 million, plus inflation, plus any other tax spending that the voters specifically approved.

By 2016-17, that limit had risen to about $21.8 million. If Metro wants to spend any more excise tax money than that, it has to ask the voters first. 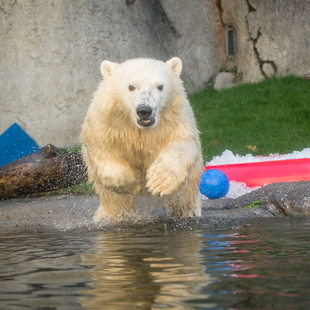