Note: this quick poll closed Dec. 23 with more than 600 responses received. Results will be described in a later post.

A committee of leaders from the southwest part of the Portland region will make a big decision in February: what kind of rapid transit to keep studying as part of the Southwest Corridor Plan.

What would you want to know before making a decision like this?

A quick poll open since Dec. 4 has attracted more than 330 responses so far. Many people have shared questions, including:

Planners from Metro, TriMet and other Southwest Corridor partners will work to answer questions like these as they develop materials for the public and the plan's steering committee to consider.

People taking the poll can also share whether they have a preference between bus rapid transit and light rail in the Southwest Corridor, based on what they know now.

Most people who live in the Portland region are familiar with light rail. Almost 60 miles of MAX light rail lines crisscross the region, with the Orange Line adding 7 miles in September.

Bus rapid transit is a new concept to most people here. The region's first bus rapid transit line is currently under construction in Clark County by C-TRAN. Bus rapid transit won't open in the region on this side of the Columbia until 2020 at the earliest, through the Powell-Division Transit and Development Project between Portland and Gresham. Bus rapid transit in the Southwest Corridor could look very different from either of these projects, though.

Either light rail or bus rapid transit could connect people to major job centers like downtown Portland, the Tigard Triangle and Bridgeport Village, and educational institutions like Portland State University and Portland Community College-Sylvania. Either would support investment near station areas, too.

There are differences between the options, though.

Light rail costs more to build but less to operate per rider because it can fit more transit riders on a single transit vehicle. Light rail operates exclusively in its own travel lanes, bypassing car traffic completely.

Bus rapid transit in the Southwest Corridor would cost roughly half as much as light rail to build, but cost more to operate because its vehicles can’t hold as many passengers. Bus rapid transit would run in transit-only lanes roughly 80 percent of the time.

Several people using the poll have shared support for either light rail or bus rapid transit.

"Only light rail imparts a sense of permanence that would stimulate long-term growth. A bus line is only a budget meeting away from cancellation," wrote a person who strongly prefers light rail.

"As a regular rider of MAX and a regular victim of its issues and inflexibilities, I KNOW it's time to try something different," wrote a person who strongly prefers bus rapid transit. "Rail is not the way to go into the Southwest. Give BRT a try."

What questions or preferences do you have? Whether they are similar or different from these, the quick poll is an easy way to ask. The poll will close on Dec. 23.

An additional online public comment period to gather input on this decision and options to serve Portland Community College's Sylvania campus will occur from early January through early February.

The Southwest Corridor Plan Steering Committee will meet Feb. 29 to make its decision about which kind of rapid transit to move forward. The committee includes elected leaders from each of the corridor's cities, Washington County and Metro, plus top leaders from TriMet and the Oregon Department of Transportation.

Related stories
January decisions in the Southwest Corridor: an overview 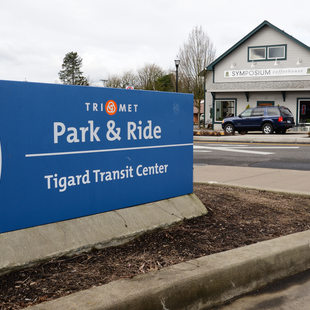