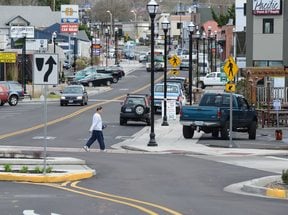 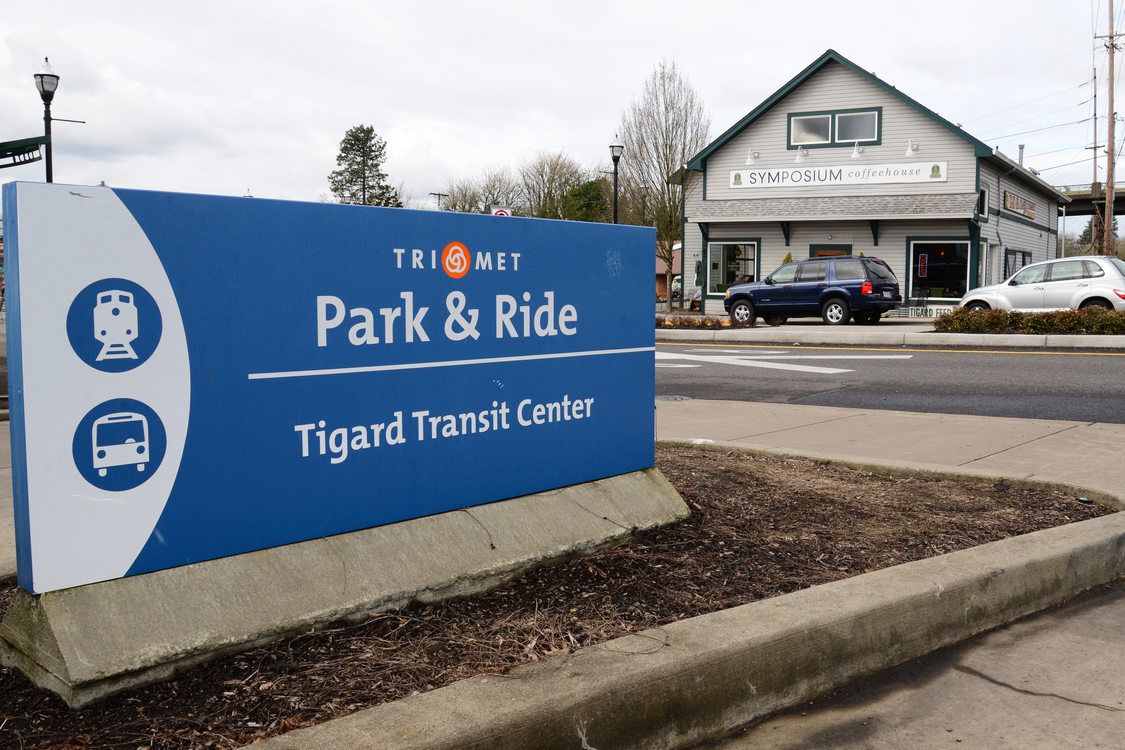 How can better transit help downtown Tigard achieve its goals? That's one question Southwest Corridor leaders will discuss in December. 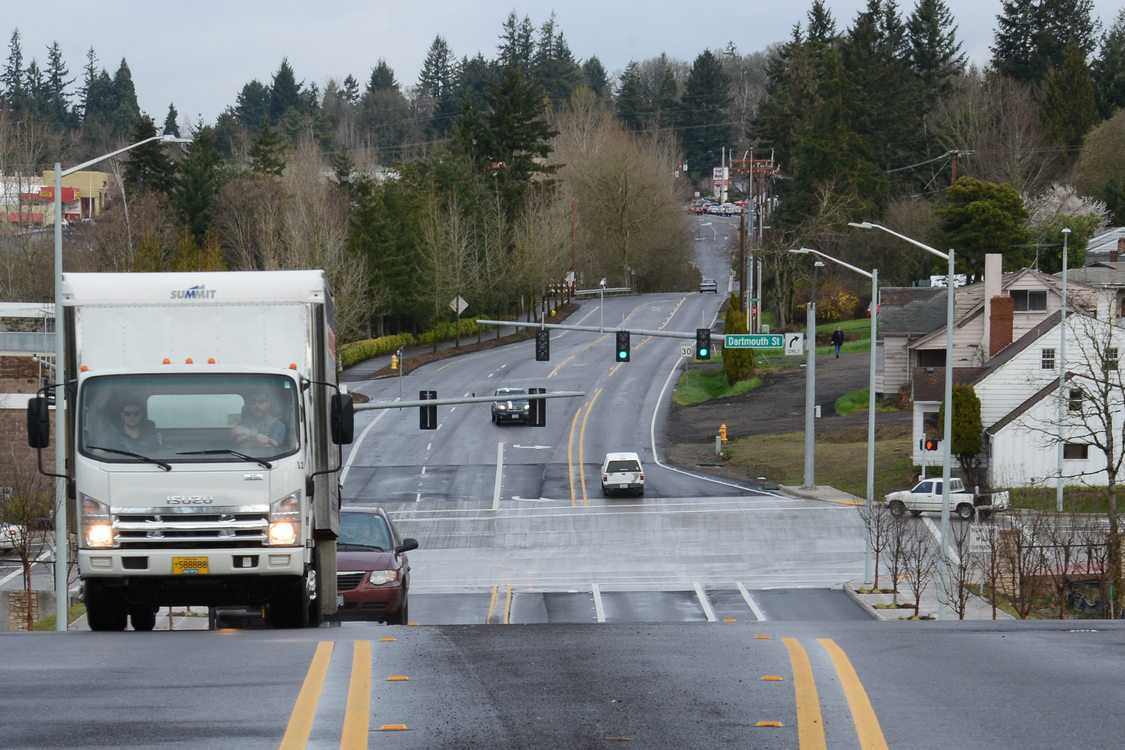 With a new strategic plan, the Tigard Triangle could be on the cusp of being a major regional destination. What would a direct transit connection mean? 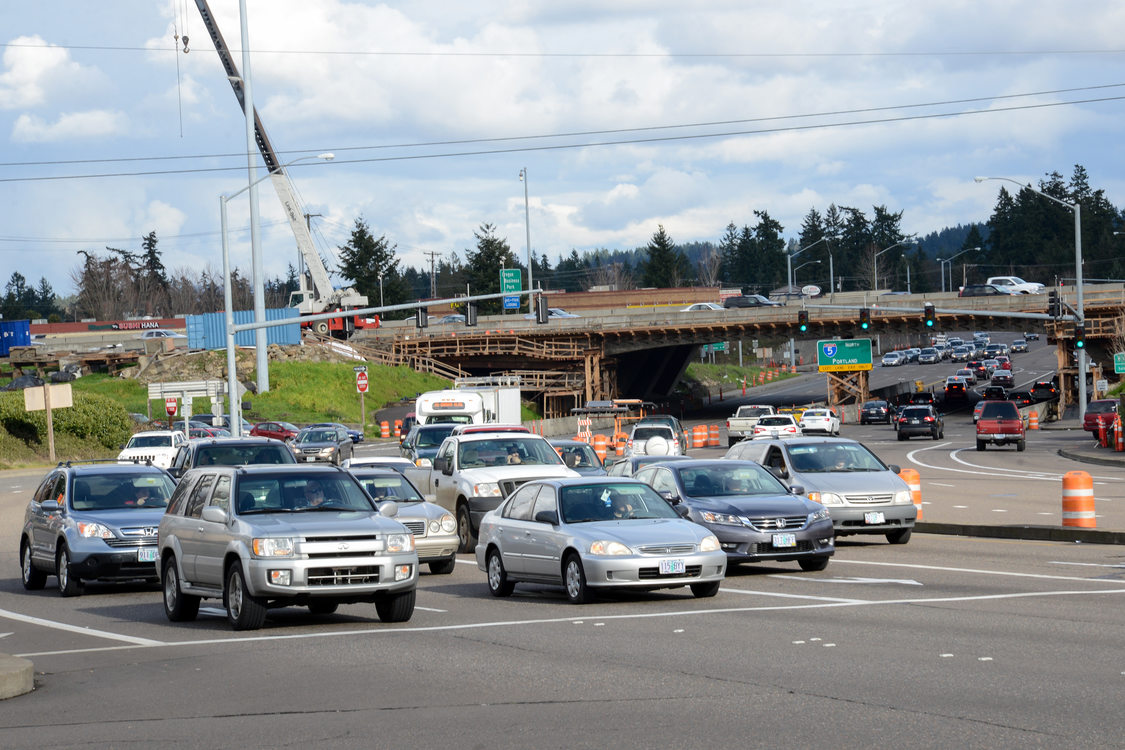 Traffic queued up near Bridgeport Village in Tualatin last February. The area is one of the terminus options for a new light rail or bus rapid transit line in the Southwest Corridor. Planners hope for input on Tigard and Tualatin options this month.

Traffic and construction near Bridgeport Village in Tualatin. Should this hub be the southern end of a future transit line? 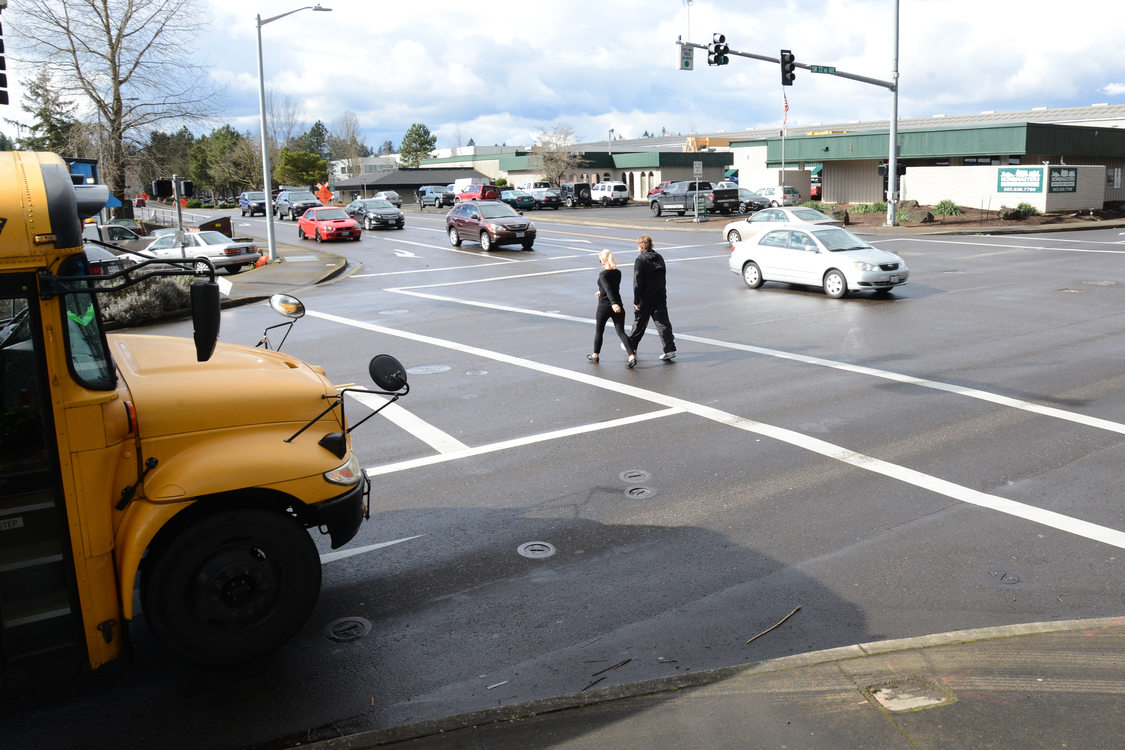 Southeast Tigard is buzzing with small and large employers. How can their employees get to work, and their trucks to the world, more reliably?

Many possibilites could be narrowed to several when the Southwest Corridor Plan Steering Committee meets Jan. 11

For one, they'll be looking to refine potential routes for light rail or bus rapid transit in Tigard. A second stop in the Tigard Triangle? A new bridge over Highway 217? Reconnecting streets in downtown Tigard? All are in play.

They'll also be deciding whether to keep the possibility of extending the line to downtown Tualatin.

And they'll consider whether to keep studying a line that runs down Barbur Boulevard or along I-5 in Southwest Portland south of Capitol Highway and Hillsdale.

Finally, they'll discuss which options should remain in consideration for where such a line might end -- also known as its terminus.

The committee will decide whether to keep studying extending the line to downtown Tualatin or to have Bridgeport Village be the furthest south they'll consider. Other terminus options that will remain include a couple of options in the southeast Tigard employment district and the downtown Tigard Transit Center.

In these pages, learn a bit more about some of the people, places and questions decision-makers are considering in January.

These aren't the final decisions for the Southwest Corridor Plan.

In February, the committee will decide whether the transit line should be light rail or bus rapid transit, and what options make the most sense for serving Portland Community College's Sylvania campus.

Then they'll tie the remaining transit line options together with a strategy for roadway, bicycle and pedestrian improvements and create what's called a "Preferred Package," which could be adopted in the spring.

After that, a federally-required detailed review will help assess the impacts and opportunities of each of the transit options still on the table. A final decision isn't expected for several years.

Note: This story has been updated to reflect the rescheduling of the Southwest Corridor steering committee originally scheduled on Dec. 14.

Should high capacity transit reach downtown Tualatin as part of the Southwest Corridor Plan? In a pair of reports released Friday, planners for the project recommend saying “no.”