Every day, thousands of people ride buses and MAX in Portland’s central city, going to work, to school, to the doctor, meeting friends, family and colleagues. Downtown Portland is both a destination and a transportation hub. But as the region has grown, the central city has become a transit bottleneck, slowing traffic through the city’s core and causing congestion to ripple out into the rest of the system.

That’s why Metro and TriMet are undertaking a MAX tunnel study to assess how to improve transit speed and efficiency, particularly in the central city, where all of the region’s light rail lines meet. An earlier, initial study indicated that subway under the Lloyd District and Downtown a tunnel underneath the central city could save MAX riders up to 15 minutes of travel time each way – for a year-round commuter, that’s more than five full days (130 hours) of reduced travel time, and allow more frequent trains. I’m very excited about the prospect of more trains moving more people through the central city.

Planning for a transportation improvement of this size requires significant funding and years of effort. At this early stage, Metro and TriMet need to learn how much it will cost to do the planning for a future subway, and what people in the community want to know.

Please weigh in via this online survey to share your feedback on the idea of studying a MAX tunnel and what should be studied further as we move forward. Thanks for your input and stay tuned as this work moves forward! 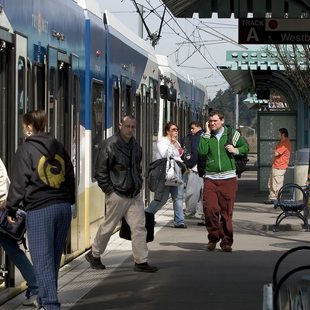